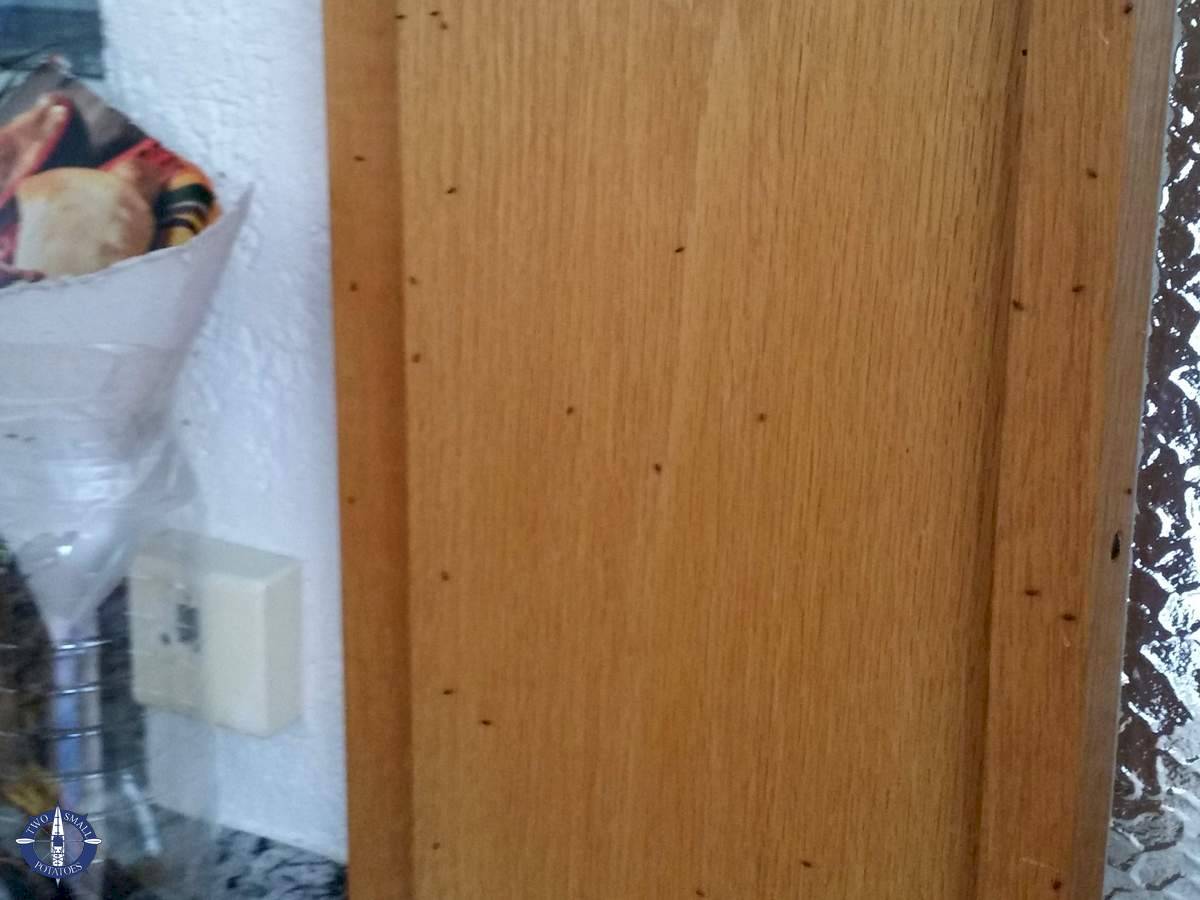 While cruising through cupboards this morning searching for breakfast fixin’s, my eyes landed on the fresh bunch of bananas Trav had just bought. After dropping the peel in the compost bin, I marveled that I hadn’t seen any fruit flies for days. Where had they gone? As soon as we moved in, we’d been inundated with the little pests. AHA! Trav’s homemade fruit fly trap must be working!

About a week ago, he craftily carved up a plastic bottle, dropped a banana peel inside, and capped the bottle with a piece of cardboard rolled up to create a funnel. A tiny hole in the cardboard funnel would be their only entrance.

I’m sure some of you have made something similar, or at least seen one.

How is that supposed to work? I demanded.

Many of you know that Trav spent the better part of the last 7 years earning his PhD by studying the tiny brains of fruit flies.

Despite his intimate knowledge of their genetic functioning, however, I was doubtful that he could explain the psychological motivation that would prompt them to fly into the bottle but not fly right back out.

They’ll fly in for the food and get trapped in the bottle, he retorted.

I shot him a skeptical glance.

And why don’t they just fly out?

He was ready for that question.

Because behaviorally they perform negative geotaxis. They prefer to climb up, but they only climb up the sides so they’ll never find the hole again. Just watch – it’ll work!

For several brief moments this morning, I was enthralled with the success of Trav’s fly trap.

I leaned over his homemade funnel to count our prisoners, only to reel back when a cloud of the little beasts erupted from the pineapple right next to it. They promptly landed back on the pineapple and on the adjacent kitchen door.

At that moment, I became convinced that Trav’s real goal had been to create his own little fruit fly family at home and not just in the lab.

Time to Hoover the little buggers.

Not for the first time, I found myself grateful to our landlords. Among other things, they’d given us a fantastic high-powered Hoover vacuum cleaner to use.

I couldn’t help but smile while I was vacuuming the last of the fruit flies off the pineapple.

Life here in Switzerland sure is glamorous.

If you think this post makes expat life look enviable, find out how long it takes before you start Morphing into a Forest Hermit.

Planning your own international relocation?

These 9 Steps to Get You Ready to Move Abroad from Travel + Leisure are useful.