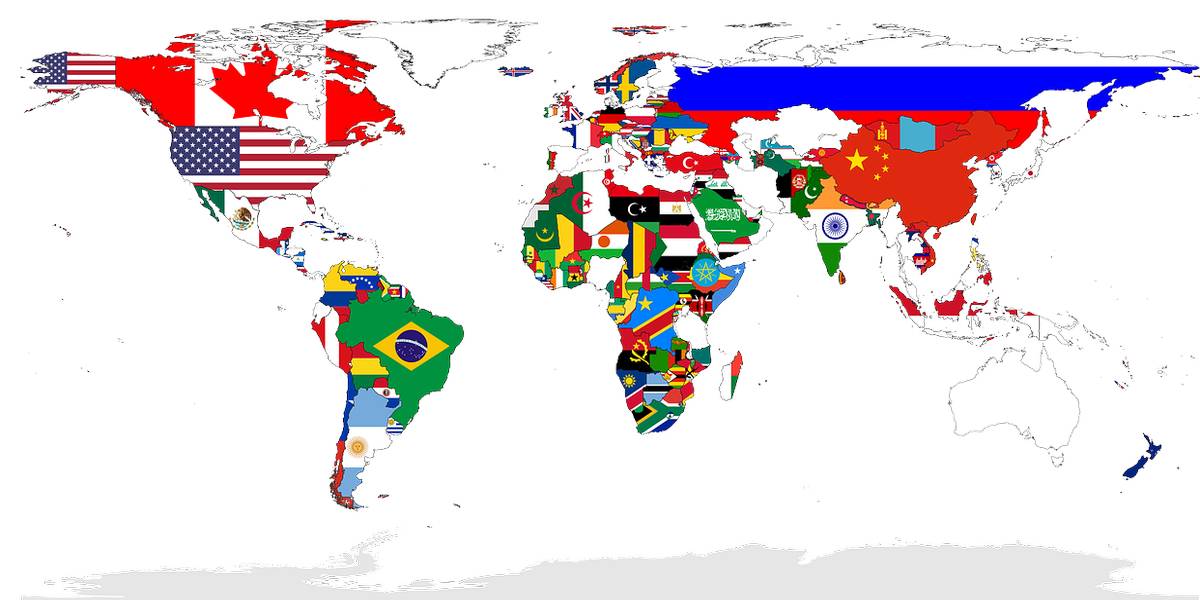 Do you have a “countries visited” list? We do! While we’re not on some big mission to visit every country in the world or reach a specific travel goal before we kick the bucket, it’s always exciting to explore a new country for the first time! New foods, new languages, new landscapes, and new views on the world. We can never get our fill of travel.

Here’s our modest list of countries we’ve had the opportunity to visit in our years of traveling. We still have soooo many places on our bucket list, and we’re looking forward to our countries visited list continuing to grow in the coming years.

Once you have traveled, the voyage never ends, but is played out over and over again in the quietest chambers. The mind can never break off from the journey. ~Pat Conroy Click to Tweet

No matter where we currently call home, the Pacific Northwest will always be HOME!

Canada pretty much has it all. 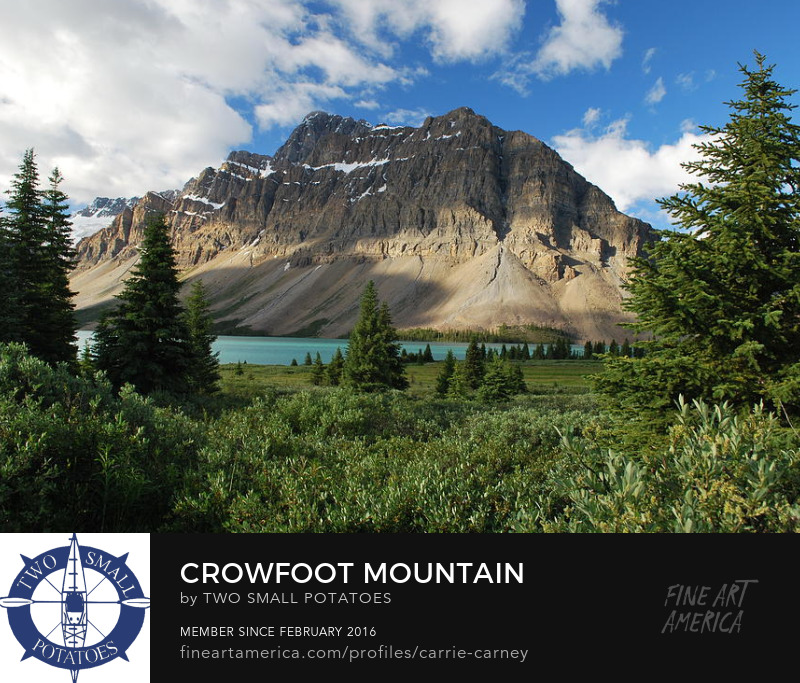 Best food in the world? Yeah, we think so. Hands down.

The capital, San José, was Carrie’s home for 6 months while she did a semester abroad.

Costa Rica packs in more wildlife in a single kilometer than entire countries. Locals are friendly and welcoming, tourism is well established, and the natural landscapes are stunning.

This is still such an under-appreciated travel destination.

The volcanic island of Ometepe offers unspoiled hiking and is surrounded by the massive Lake Nicaragua with waves so big it’s like an ocean.

Where else can you swim in a lake with freshwater sharks??

Carrie’s days there involve sleeping in a hammock, giant volcanoes, ocean breezes, and fresh ceviche on the beach.

No wonder she wants to go back.

Can we all just agree – the Mayan ruins of Tikal?

The Panama Canal is pretty impressive in person, and Old Panama City is lovely.

Kayaking at Placencia, chillin’ with zoo animals in a monsoon, and declining the “mandatory” military escort to the Mayan ruins of Caracol so you can experience it without the tourist crowds are “must dos.”

Talk about a great choice for our honeymoon.

How did we miss Honduras?! It’s the one country in Central America neither of us has visited.

We’re not gonna lie, it really is as picturesque as all the travel brochures claim.

Tinkling bells on shiny brown cows, snow-capped peaks as far as the eye can see in the Alps, endless activities for outdoor lovers, and four official languages packed into this tiny landlocked country make it an absolute dream to visit. 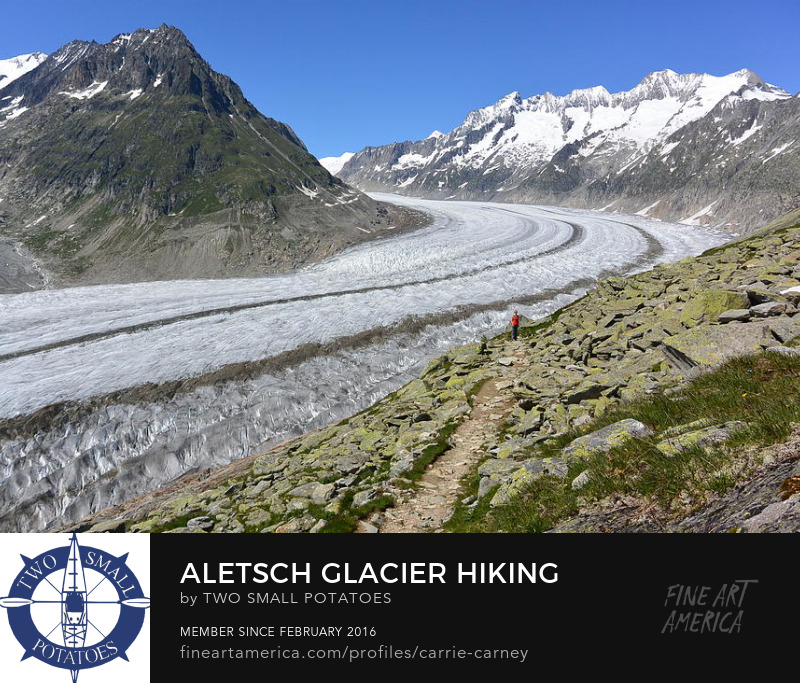 Pretty sure Linkoping is the home of the best potato lingonberry pancakes in the world.

Barcelona, the first city Carrie visited outside the US, ignited her passion for travel when she was 19.

She finally got the chance to return 17 years later with Travis, and now neither of them gets tired of exploring there.

Oh Heidelberg, if only this job offer had come through. We had already found a rooftop apartment with a view of the castle.

Ironic that we moved to Switzerland instead, that that job also turned out to be a bust, and then we ended up moving to Germany after all.

Cambridge wasn’t really our “cup of tea” if you will, but London…

Talk about a fun city. And we’re not city people!

Hopefully we’ll get a chance to see more of England. We hear it’s lovely in the winter. 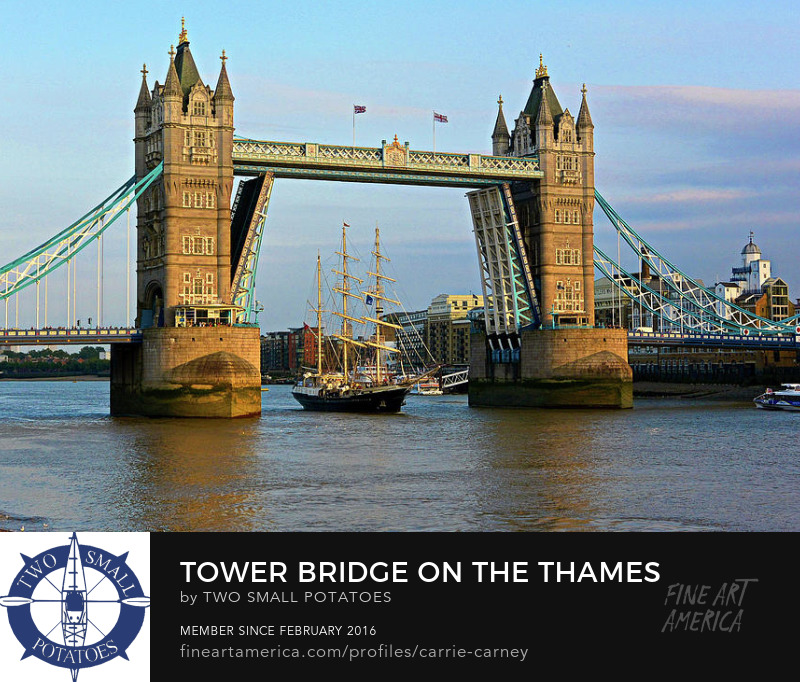 Wow, and wow. Brussels is the place to go for sampling an endless variety of superb chocolate.

And the beer? WOW. It’s pretty much the only beer Carrie even likes.

And Atomium in Brussels? So fun.

In Copenhagen, they load full passenger trains directly onto ferries. Doesn’t that just blow your mind?

This is definitely somewhere we need to explore more thoroughly.

If you’re anything like Two Small Potatoes, Poland’s rough roads and pine forests will make you homesick for American back roads.

The real highlight though is making pottery and staying with locals in Pruszowice.

And the gnomes of Wroclaw. It’s so fun to track them all down!

It’s not just all about the wine, ya know. They have cool castles too!

From the beaches of Arcachon to the twinkling lights of the Eiffel Tower, France has something for everyone. 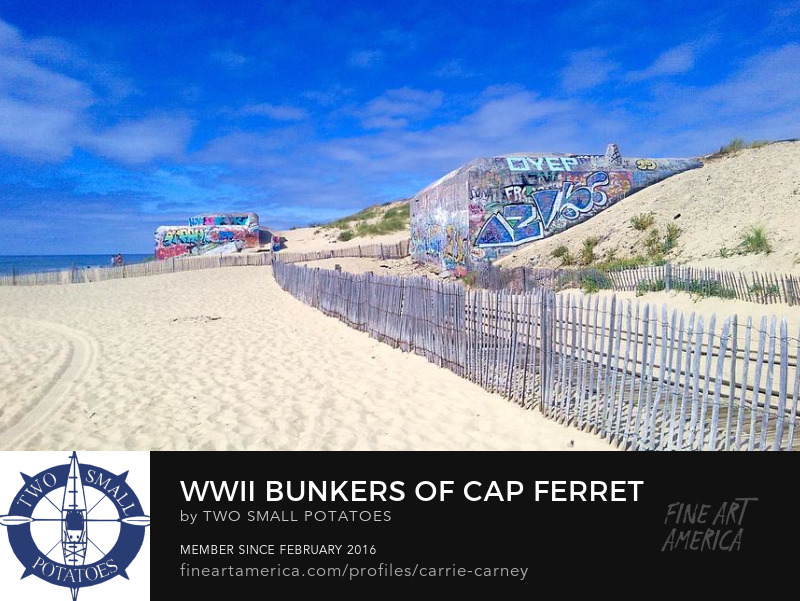 Oh my gosh. So yes, they have pretty mountains, but the big draw is the duty-free shopping and bargain basement prices.

Things are so cheap, even these two thrifty Americans were impressed. Six euros for a huge bottle of Smirnoff?

You know how much that would cost in Switzerland?!

This tiny country – the second smallest in the world – consists of a single city stunningly perched on mountain slopes overlooking the Mediterranean.

It’s a world unto itself.

Like a mini extension of Switzerland, they speak German, use the Swiss franc, and have gorgeous mountains.

Driving in Turin may be terrifying, but the beauty of the Aosta Valley completely makes up for it.

Tiny houses are trendy right now, but tiny countries are no less charming.

Entirely surrounded by Italy, this ancient republic retains its own culture with stunning attractions like the capital city perched atop Mount Titan.

Only Austria would dream of competing with Switzerland in the “most-beautiful-Alps” contest.

This might be the flattest country in Europe, and what’s with the bumper-to-bumper traffic at the border to buy a highway vignette?

Our single visit didn’t leave us in awe, so we feel like we need to give it a second chance.

Giant fail to the “police” who tried to shake us down for 50 euros during a trumped-up traffic stop.

Ohhhh Ukraine, hopefully we’ll have a chance to visit again but without the drama.

In less than a week, we fell in love. 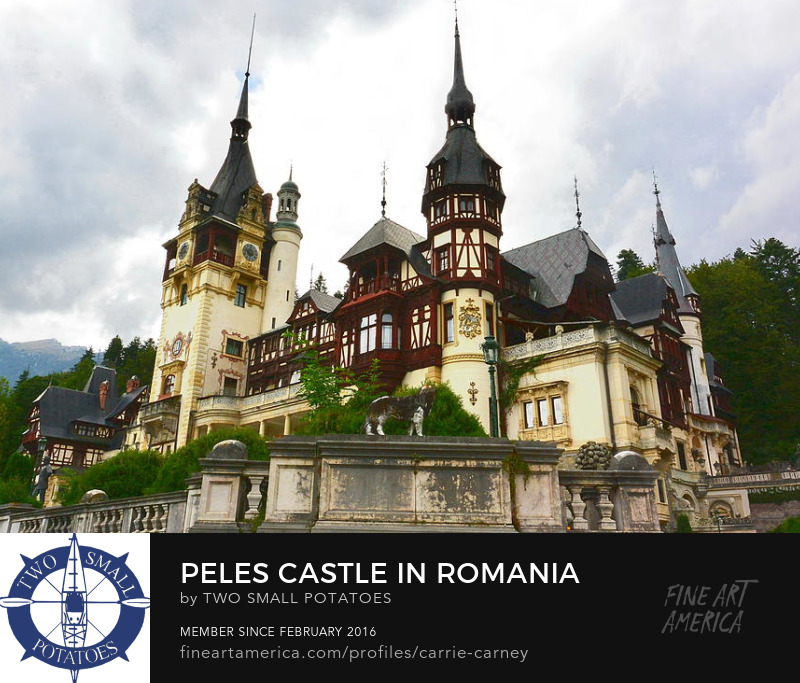 Immaculate towns, miles of green rolling fields and jagged mountains, perfect highways, lack of tourists, and the convenience of euros make this the Switzerland of eastern Europe. 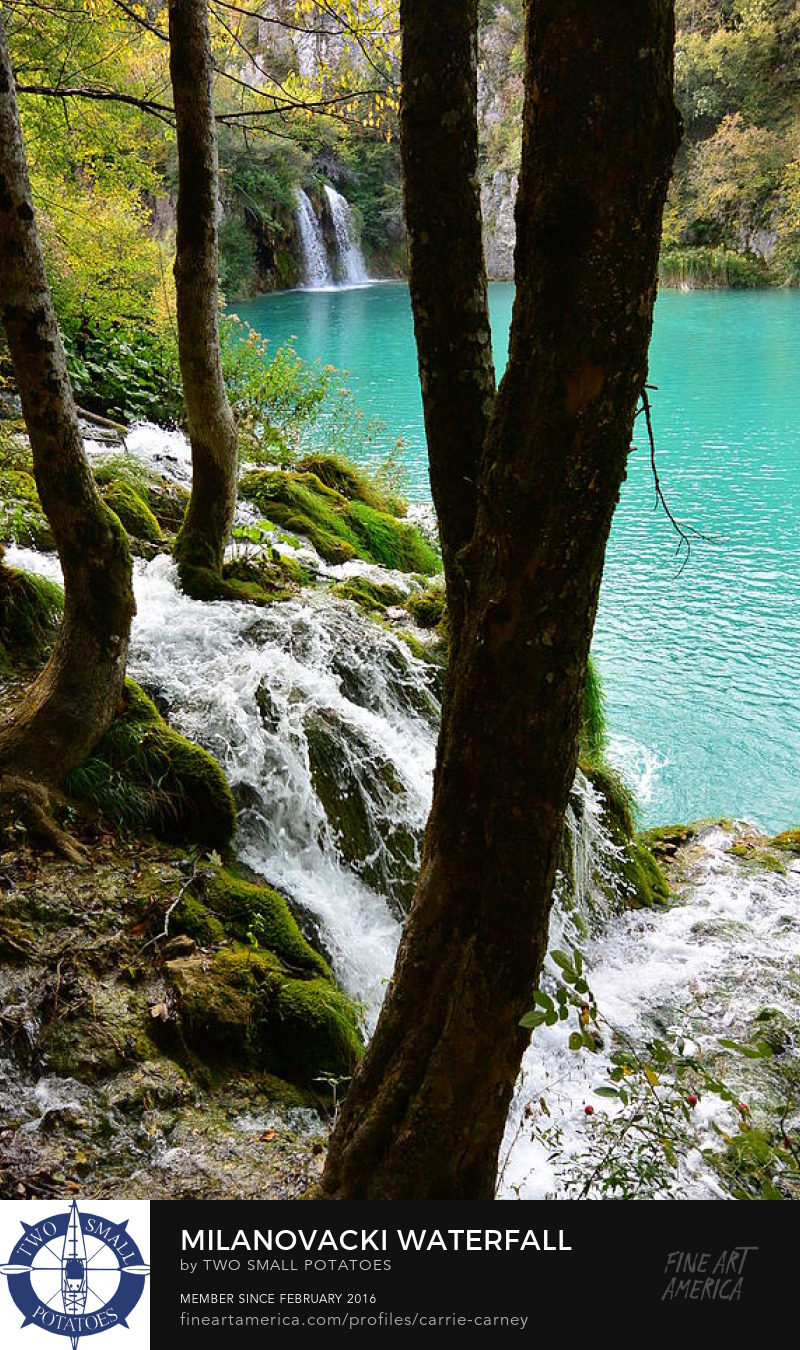 Make sure you have an e-vignette to drive there before entering or face their militant road checks and hefty fine.

At least the splendor of Škocjan Caves partially made up for our negative – and costly – driving experience.

Prague is a stunning city and a great place to spend Easter, but just as charming are its countless rural villages, especially those dotting the Labe River.

And definitely don’t miss the Bone Church of Kutna Hora. It’s the stuff of nightmares. 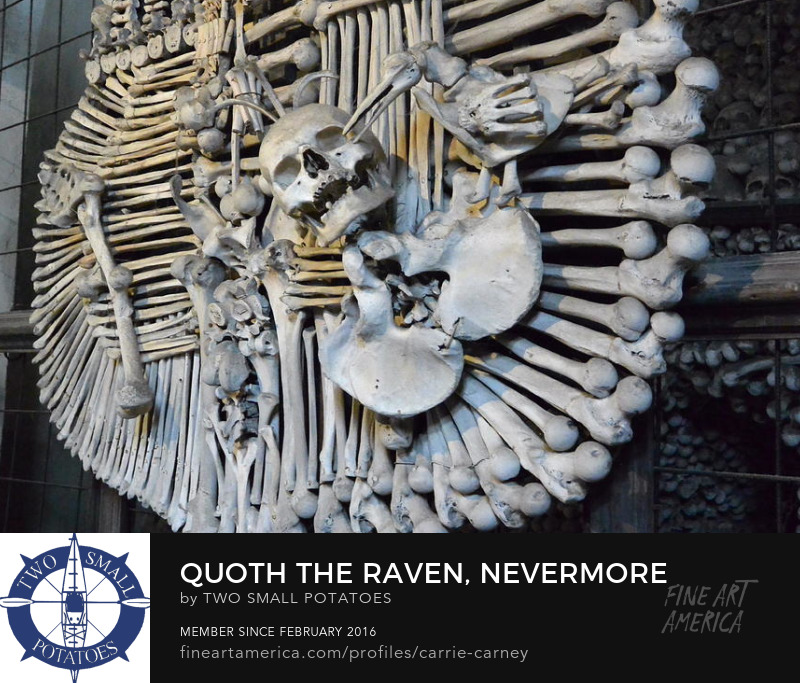 Truly a land of ice and fire, glaciers and volcanoes, wind and water. The rugged natural wildness of this island nation is something few European countries offer.

After almost two weeks there, we wanted to stay. No joke.

Are you hiring, Iceland?!

Take us back to those BEACHES!

Hiking Samaria Gorge on the island of Crete is a must. Rarely have we ever experienced such hospitality when traveling. 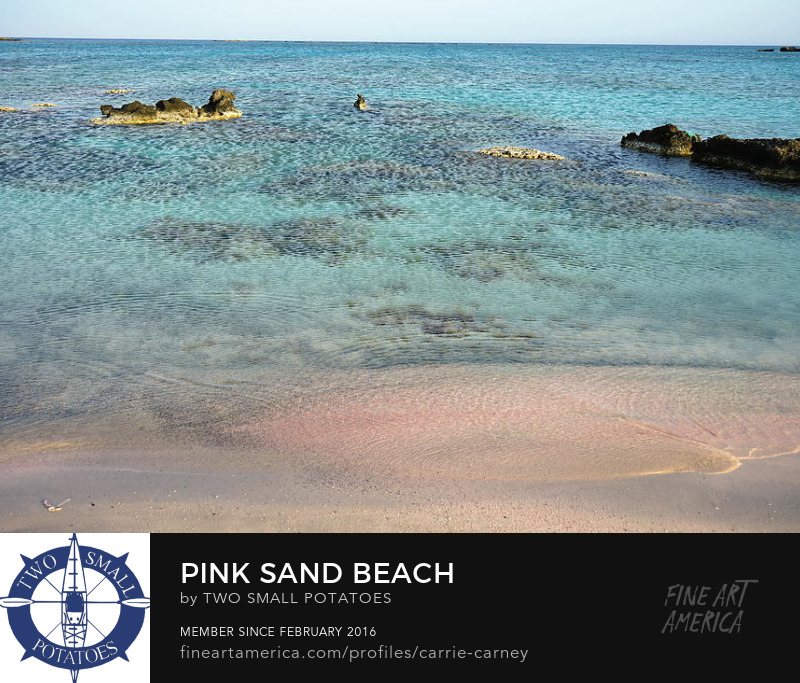 The language might be tough to master, but so many folks speak English, you won’t have a problem.

The windmills, wooden shoes, and tulips in Holland charmed us completely, and the beaches and national parks are under-rated – perfect for offbeat travelers looking to avoid the crowds.

Spain’s western neighbor has been growing in popularity in recent years, and for good reason. Tourism is well established with plenty of lodging options and price ranges, but it’s still possible to find offbeat beaches and attractions that aren’t too crowded.

And Sintra, what a beaut!

The Bock Casemates are fascinating fortifications to explore in Luxembourg City, and the rolling fields and hilltop castles are ideal for hiking, especially if you’re traveling with your dog.

Where else can you zip line from a UNESCO World Heritage site like the Great Wall at Simatai? Shanghai and Suzhou offer so much to see, too. One day we’d love to go back and explore more of the rural areas, to hike the high mountains and cruise the Yellow River.

Do you have a countries visited list? Or do you not keep track at all?

What’s your favorite country for travel? Drop a comment below and let us know. Tell us where should we go next!

Type to search or hit ESC to close
See all results
wpDiscuz
0
0
Don't forget to leave a comment!x
()
x
| Reply
We use cookies to ensure that we give you the best experience on our website. If you continue to use this site we will assume that you are happy with it.Got it!