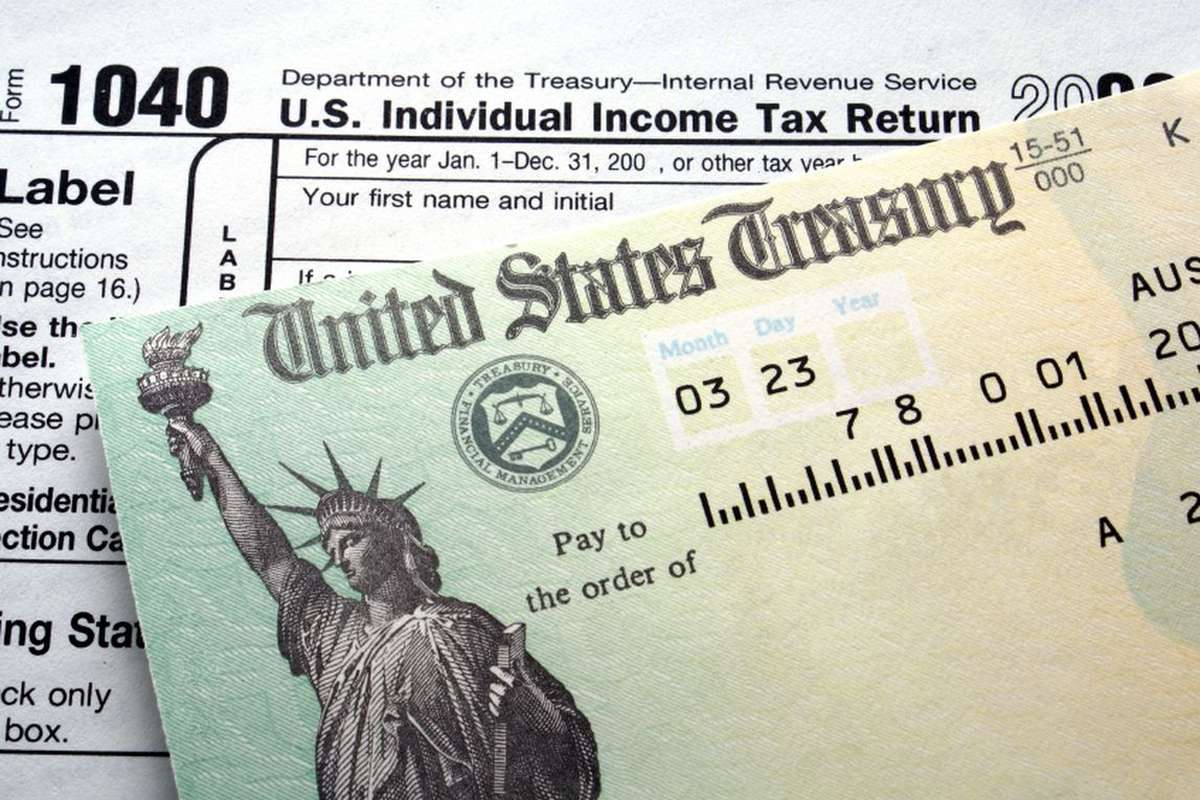 *This site contains affiliate links. If you purchase through these links, we may receive a small commission at no extra cost to you.

Simple Tips for Filing Taxes for US Expats in Switzerland 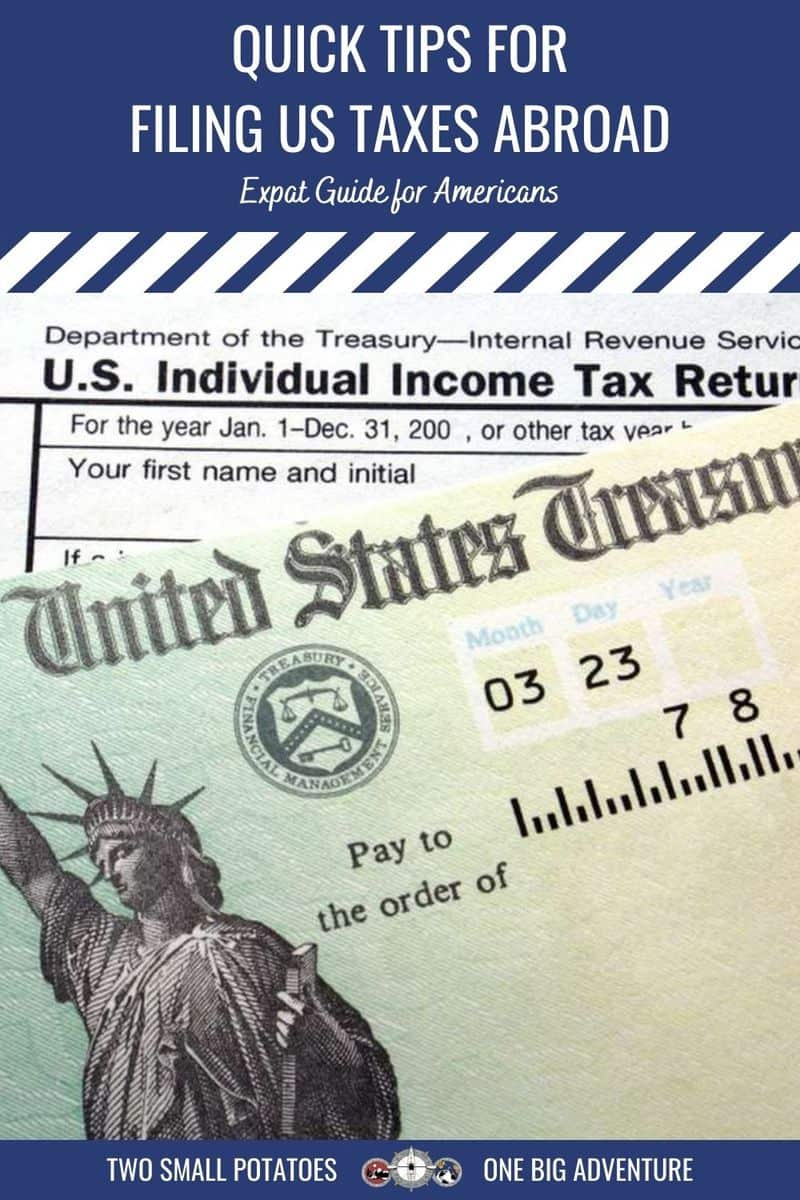 Moving abroad comes with a unique set of challenges, from applying for work and residency visas to shipping your possessions, finding housing in your new country, and navigating daily life with a potential language barrier. Americans living abroad have an additional burden. Unlike most countries that tax only their in-country residents, the USA requires “all citizens and resident aliens” to file an income tax return with the IRS, regardless of where you live or if you’re already paying foreign taxes in your host country. Our quick tax guide answers the basic questions about filing taxes for US expats, based on our own personal experience.

Are you a fellow American living abroad? Check out these quick tips for filing US expat taxes in Europe. Click to Tweet

Who has to file annual US taxes?

If you’re an American living abroad, you likely have to file an annual tax return with the IRS. The requirement is primarily based on your worldwide income, filing status, and age.

“Income” includes earned income from employers, rental income, and pensions, as well as foreign stocks above a certain value and interest on foreign bank accounts and assets over a certain amount. For bank accounts, you’re required to report them to the IRS if the amount exceeds $10,000.

Those with worldwide income over the following amounts are required to file.

When are taxes due for US expats?

Typically, US taxes must be filed by April 15th, the day we almost always actually file our taxes. We’re procrastinators in a huge way.

Dear IRS, our taxes will not be late this year, We promise.

This year – our first as expats in Europe – the official deadline for filing our federal taxes with the IRS was automatically extended to June 15th, an additional grace period allowed for “non-resident” Americans filing US taxes abroad.

Expat Tip: We’re considered non-residents because at the time of our filing, we’ll have physically been present in Switzerland for a sufficient amount of time to qualify. Had we been required to file by April 15th or simply chosen to file earlier, we would still have been considered US “residents” for the 2014 tax year. We arrived in Switzerland July 6th, 2014, so it benefited us to be able to wait a full 12 months after relocating before filing taxes in the US.

Filing as a Resident vs Non-Resident

Before you can know your specific filing date, you have to know your US residency status.

This means determining your residency status is easy if you never set foot in the US or never leave the US. In general, Americans living in the US with foreign income/assets are considered residents and have to file by the standard deadline of April 15th. Americans living wholly outside the US who never go home are considered non-residents and don’t have to file until June 15th.

It gets tricky though for Americans living abroad who spend a fair amount of time in the US each year. It’s also complicated if you’re filing taxes for the year you leave or move back to the US because you’ll have spent part of each year in and likely have income from two countries.

To find out if you’re considered a US resident or not, take a look at the Substantial Presence test. It’s also called the bona fide residence test or physical presence test. Once you know your residency status, you’ll know which of the two deadlines you’ll need to meet when submitting your tax returns.

Many Americans also will have to file state taxes, so keep this in mind when requesting an extension.

Expat Tip: The deadline for tax filing for US “non-resident” citizens living abroad is June 15th. If you need extra time, you can apply for a 6-month extension. Keep in mind that if you end up owing US taxes, the amount will accrue interest during the extension period.

Death, taxes and childbirth! There's never any convenient time for any of them. ~Margaret Mitchell, Gone With The Wind Click to Tweet

Why do expatriates have to pay US taxes?

For those who don’t know, the United States is one of only two countries in the world – the other being Eritrea – that potentially double taxes Americans working abroad on their foreign income and assets.

No taxation without representation!

Most expats pay foreign taxes in compliance with their host country, which makes sense.

Why the US government would also require expats to not only file but possibly pay US taxes when they don’t reside in the US and don’t benefit from what those taxes fund is beyond me.

Considering that lower wage earners typically don’t end up owing any US taxes, the tax rules are clearly targeted at those with more wealth. The biggest problem with this is that some of those folks are retirees with foreign assets, yet have no connection to the US.

Many more live in countries with high wages, but also pay high taxes in their host countries and have a significantly higher cost of living than anywhere in the US. The latter is certainly the case for expats in Switzerland.

For years, various groups have been lobbying for a change in filing requirements, to no avail.

What tax credits, deductions, and exclusions are available when filing taxes for US expats?

Despite the requirement to file, there are several tax credits, deductions, and earned income exclusions available to American expats living abroad that exempt many from actually having to pay US taxes.

So don’t panic! You very well might qualify for an exemption and not have to pay any US taxes.

The most common rule that exempts Americans from owing US taxes is the foreign earned income exclusion. This rule stipulates that if you make less than $100,000 in the tax year in question and you’ve resided in your host country for at least 330 days of 12 consecutive months, you won’t have to pay US taxes.

As non-residents, we were allowed to delay filing until June 15th, which we did. Then, according to the IRS guidelines, we qualified for the foreign earned income exclusion because we met the 330-day requirement, and our total annual income in both countries doesn’t exceed $100,000. Therefore, we should only pay taxes in Switzerland and be able to avoid double taxation by the IRS.

If you qualify for any of these exemptions and file your own taxes, you’ll report the information on Form 2555.

Do you also need to file the FBAR?

Those in the US probably also aren’t aware of the recent complications for Americans filing abroad. This is particularly true for US expats in Switzerland where there has been such a swarm of political tension and legal actions surrounding Swiss banking practices in recent years.

Switzerland is famous for its banking industry and client confidentiality. In contrast, the IRS is famous for rooting around in the darkest, most private corners of our lives to make sure Americans pay taxes regardless of where we live. Clearly you can see how this might become a problem.

Our two countries have since signed a series of agreements that require greater transparency in banking, but the resulting backlash for expats is that it can be almost impossible for an American to open a Swiss bank account (as we found when we arrived). It also adds additional tax hurdles.

One of those new burdens is that many American expats now have to file the FBAR, which is the Report of Foreign Bank and Financial Accounts. Any US “person” (meaning citizen, resident, company, etc) that has over $10,000 in a foreign account at any time during the tax year has to file the FBAR.

The deadline for filing is June 30th with no extensions allowed.

The good news is that it’s a fairly easy requirement for Americans abroad filing US taxes, even if the rest of your taxes are complicated enough to require a tax preparer. You can file your FBAR here.

Expat Tip: Make sure to remember to convert all income amounts from euros, francs, etc. to US dollars for all IRS forms. You can use the US Treasury Department site to convert your income.

Should you file your own US taxes as an expat?

Clearly, this is entirely up to you. It depends on a lot of factors, but the two most important are how complicated your tax situation is and how adept you are at deciphering complicated IRS jargon.

Since we’ve always filed out own taxes, we set out this year to do the same. Hopeful it wouldn’t be too difficult, I enjoyed a little light reading about

Somewhere in the midst of these volumes of painfully convoluted technical jargon, I heaved a huge sigh, uttered several choice expletives, and took the dog for a walk to calm down.

Obviously if filing taxes in the US can’t be easy, filing US taxes in Europe wouldn’t be either.

When I came back, I realized we were going to have to hire someone for our taxes. My sanity simply would not survive filing our own taxes this year.

How can you find a qualified US tax preparer?

Our best recommendation is to ask around. Start with friends back home who might know a local who can do it for a fair price, and reach out to other expats who might’ve hired a tax preparer.

Read online reviews, if they’re available, and make sure you get multiple estimates. Prices between companies vary drastically.

As far as actually filing our taxes, it’s in the works.

I reached out to a friend in Oregon who is a lawyer and asked her for recommendations. She doesn’t personally specialize in international tax preparation, but she forwarded information for a couple of good firms she recommended.

I also contacted one other international tax preparation company in New York after reading stellar reviews about online.

After three separate companies came back with price quotes ranging from $450 to $1800, you guessed it: we opted for the least expensive company. They also have thousands of positive reviews, they’re female owned, and they have over 25 years of experience filing taxes for USA expats. So far they’ve been an absolute dream to work with. They’ve certainly made it a breeze for us filing our US taxes from Switzerland!

So yes, our taxes will not be late this year, but only because for the first year ever, we’ve hired someone to do them for us. Our fear of running afoul of the American Internal Revenue Service – the infamous IRS – finally outweighed our need to save money (and pride) by doing them ourselves.

Final Tax Tip: You can find additional helpful information from US Taxes Abroad for Dummies.

Take a minute to PIN it!
4 shares