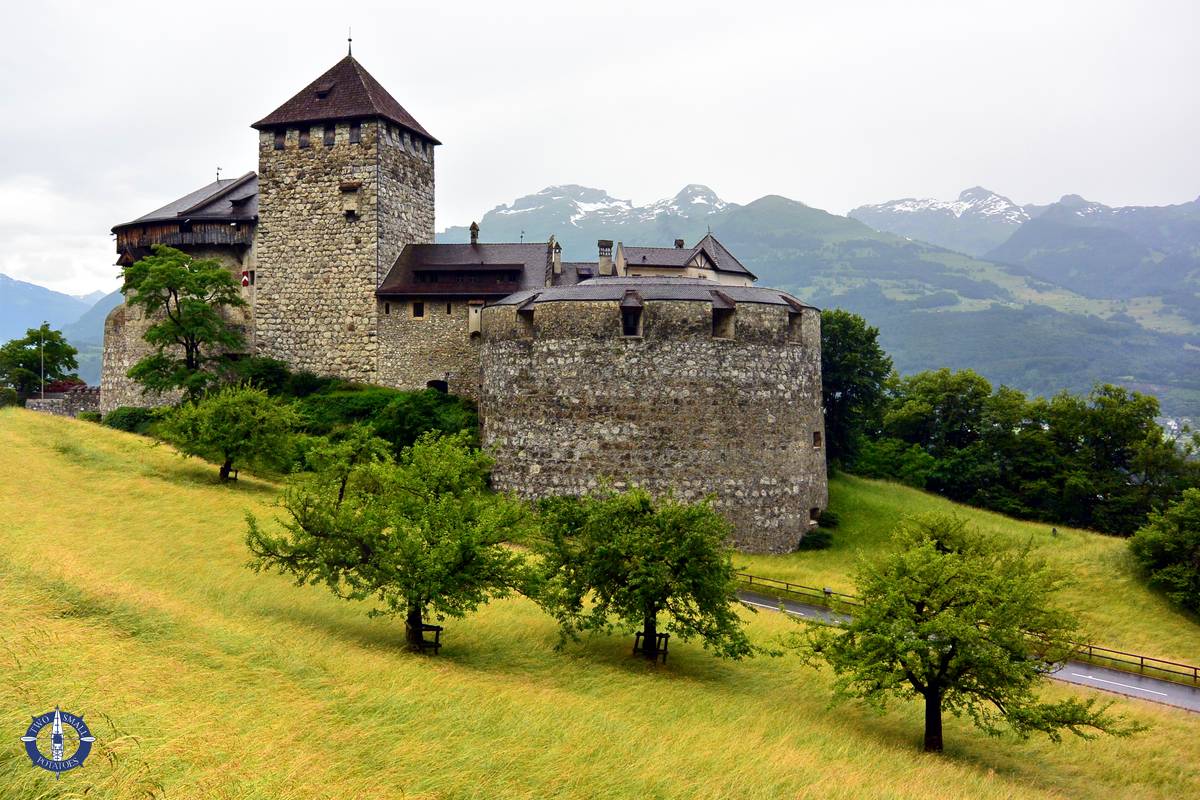 How To See Vaduz Castle (Schloss Vaduz) In Liechtenstein 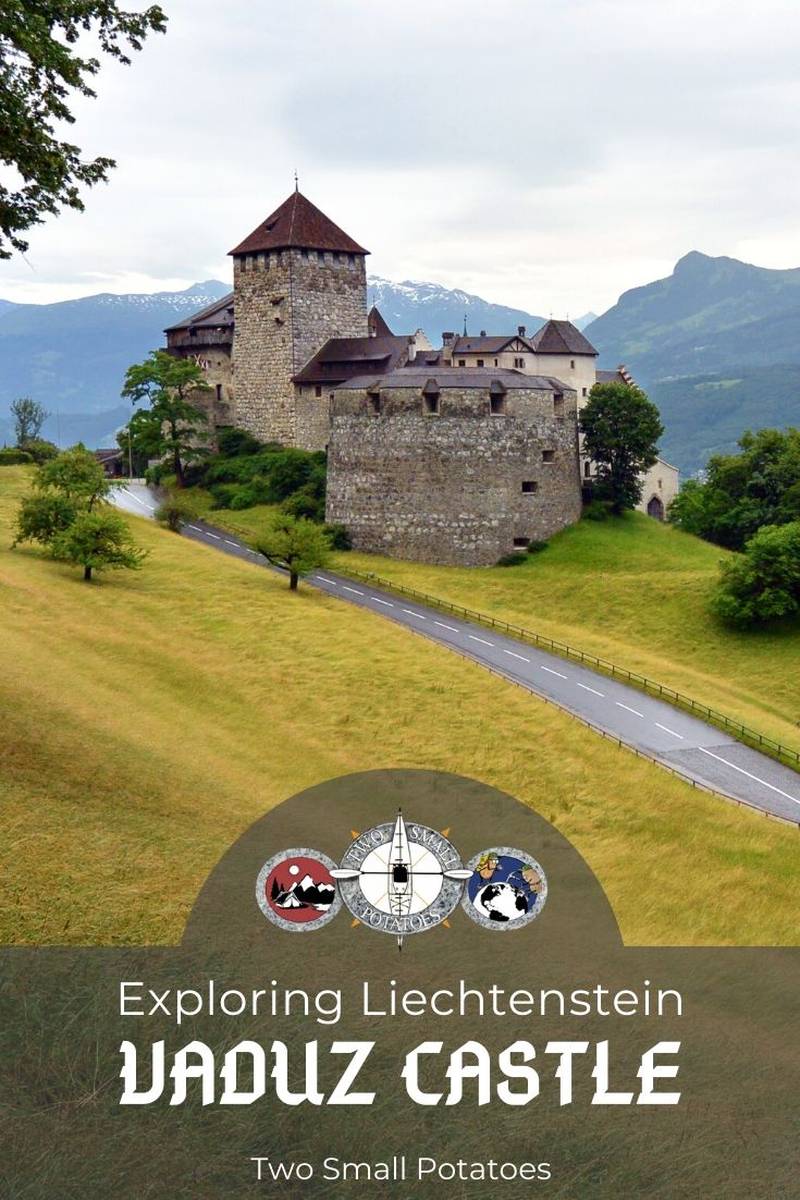 Travis makes fun of my fascination with tiny things. I’ve always loved browsing the dollhouse furniture section at the local craft stores, my favorite cheese grater is only four inches tall, and I always cook with the smallest pot possible. Maybe that explains my fascination with visiting Vaduz Castle in Liechtenstein, the sixth smallest country in the world.

Covering only about 160 square kilometers, Liechtenstein has fewer than 40,000 inhabitants. It’s smaller than most cities. You can actually drive from tip to tip in just over 20 minutes!

Yet it’s an interesting mixture of Swiss/German language, cultural attractions, and rugged mountain terrain that could give Switzerland a run for its money any day. If you’re traveling anywhere in the vicinity of the country and have just one day in Liechtenstein to explore, definitely don’t overlook this hidden gem.

Travel Tip: The official currency in Liechtenstein is the Swiss franc, and their language is similar to Swiss German. Click to Tweet

Where is Vaduz Castle located?

Double landlocked and sandwiched between Austria and Switzerland, Liechtenstein is about an hour by car from Zurich.

Vaduz Castle is located in the center of Liechtenstein as it runs north/south and is just over the border it shares with Switzerland near the Rhine River. The castle is right on the outskirts of the capital city, Vaduz, with hilltop views of both the capital and surrounding mountains.

Click on the Liechtenstein map to zoom or to route to Vaduz Castle from your location.

Our Route Via Oberalp Pass, Switzerland

The most direct route to Vaduz Castle from a major city is likely from Zurich, but we visited via a different route.

We were south in Andermatt, Switzerland visiting its star attraction, the Teufelsbrücke Devil’s Bridge, when we decided we wanted to explore east. Our route gave us a chance to see a new area of Switzerland we hadn’t yet visited, and inevitably we found ourselves in Liechtenstein. Considering the country’s diminutive size, it’s not surprising we ended up in the capital city, and then Vaduz Castle.

Our route from Andermatt took us over Oberalp Pass, the boundary between the cantons of Graubünden and Uri.

In summer months, the area is popular with hikers. During our visit in mid-June, mounds of snow still clung to the slopes. The brightest spot of color was the functional red lighthouse marking the pinnacle of the pass at 2,046 meters.

Why is there a lighthouse at Oberalp Pass in landlocked Switzerland?

It’s a good question! We were definitely wondering that.

The mountains of Oberalp Pass are the birthplace of the Rhine River, which stretches for about 1230 km through six European countries before emptying into the North Sea in the Netherlands. In Europe, the river’s length is second only to the Danube.

The 14-meter tall lighthouse at Oberalp Pass is a replica of a lighthouse that stands on the other end of the Rhine on the Hook of Holland. The Oberlap lighthouse was built primarily as a promotional tool to draw more tourists to the area, but also to educate visitors about the importance of the area’s geography.

At one time, plans existed to sail a barge from the mouth of the Rhine River in the Netherlands all the way to Basel. There it would be taken apart and rebuilt at Oberalp Pass to serve as a museum.

Unfortunately, the project never came to fruition, with the exception of the lighthouse, which has rather famously become known as the “Highest Lighthouse in the World.”

Summer is the best time to drive the Oberalp Pass. Even in summer though, sun is far from guaranteed in the Alps. If you love moody mountain scenery, you’ll love this drive in any weather. It’s truly one of the most beautiful in Switzerland.

After driving over the pass, the clouds alternately spit out rain ranging from mist curling down the mountain slopes to an outright deluge. Since we find that rough weather in the mountains just lends to their beauty and mystery, this suited us just fine.

Crossing the Border into Liechtenstein

If you enter Liechtenstein from any of its EU neighbors, you’ll likely zip right through any of the border crossings.

Switzerland, while it’s not an official EU member, still maintains many of the same agreements. The border between Switzerland and Liechtenstein is an open border, so mere minutes after crossing Luzisteig Pass, you’ll arrive in the town of Balzers, Liechtenstein.

This shouldn’t be surprising considering they share the same alpine geography and similar medieval history.

Unlike Switzerland – or any other country in Europe – Liechtenstein is entirely located within the alpine region. That means wherever you travel in the country, you’ll be surrounded by mountains. We LOVE mountains!

Despite its small size, there are five castles in Liechtenstein. Two are ruins but three are still intact. Of these, the most famous is Vaduz Castle, or Schloss Vaduz as it’s known in German.

But first, another pretty castle that’s visible from the main highway to Vaduz is Gutenberg Castle. Located atop a small hill overlooking the valley, the castle is open for guided tours by appointment from May 1 through October 31.

From Gutenberg Castle, Vaduz Castle is less than 12 km away. It’s about a 20-minute drive further up the highway.

How to Get to Vaduz Castle

From the town of Vaduz, you can reach the castle by car or by foot. Unfortunately it’s not readily accessible via public transit.

The fastest and most convenient way to arrive is by car. The castle is clearly marked on Google Maps, Maps.me, and other popular navigation apps. Signs from Vaduz also clearly show the way. Just follow the signs for “Schloss Vaduz.”

Parking is available just past the castle at the Parkplatz Schloss Vaduz. You can’t miss it.

Walking to it from the town of Vaduz is also an option. It’s only about 1 km from the main roundabout in the center of town to the castle. Much of the path on the way is either directly on the main road, which is a narrow two-lane road with nowhere to walk for pedestrians, or parallels it. Still, it offers nice views over town and only takes 15-30 minutes.

If you do walk, we recommend taking the Haldenweg from town until it intersects with Schlossweg. The Schlossweg will spit you out very briefly on the main road drivers take up there – Furst Franz Josef Strasse – before you arrive at the castle.

When was Vaduz Castle built?

The oldest parts of Castle Vaduz date from the 12th century. Living quarters were added 100 odd years later, and documents refer to “Vaduz Castle” as early as the 13th century.

In 1712, the castle was purchased by the Liechtenstein family, a noble family from Austria. It gained the status of an imperial principality a few years later. The country is unique in that it is still ruled by a hereditary prince acting as head of state, but the people also have and share power.

Who lives in Vaduz Castle?

Over the centuries, Vaduz Castle slowly fell into ruin. It was finally renovated in the early 1900s, and Prince Franz Josef II and his family officially reclaimed it as their primary residence in 1939. Since then, it has been the private residence of the Prince of Liechtenstein and his family.

The reigning Prince of Liechtenstein is Prince Hans-Adam II. The eldest son of Prince Franz Josef II, he was born in 1945 and grew up in the castle. After marrying his wife, Countess Marie Kinsky von Wchinitz und Tettau, they raised their four children there.

Can you visit Vaduz Castle?

Because the castle is inhabited, it’s not possible to see the Vaduz Castle interior. It’s closed to the public, so visitors can only view it from the street and surrounding public spaces.

Once a year on August 15th, Liechtenstein’s official national day, visitors are invited to celebrate at the castle. The royal family is in attendance, speeches are given, guests are welcomed into the inner sanctum of the rose garden, and the evening ends with fireworks.

Have you ever heard of any other country where everyone is invited to the capital to celebrate their national holiday??

Since it’s not possible to visit Vaduz Castle inside and the castle is surrounded by a tall iron fence, there isn’t much to actually do or see there. It isn’t possible to walk all the way around it up close or enter the locked gate.

The structure of the castle is somewhat unique from other castles in Europe, with its squat semi-circular towers topped with aged wooden hoarding.

The original entryway used to be over 10 meters above the ground, which partially explains the nearly windowless, solid stone base.

Hike up the Quadretschaweg for great views of the castle.

If you want to get one more neat vantage of the castle, we have one final tip for you. Make sure to hike up the Quadretschaweg.

Thinking we might catch some nice views of the castle from above on the hillside, we parked the car in the designated lot about the castle and walked back down the hill with Touille, our dog.

We set out on the Quadretschaweg, an inviting country road nearby. You can’t miss it where it branches off the main paved road and becomes gravel.

The cool drizzle and fresh air felt fabulous while Touille chased sticks and stretched her legs.

The trail continues for some ways along the hillside above Vaduz.

If you have more time and enjoy hiking, you can also take the first right off the Quadretschaweg and hike uphill, first to the Bänkle Vaduz observation deck. Above that, you’ll reach the Burgruine Schalu castle ruins.

As always, we didn’t have as much time as we wanted to explore. We could’ve happily spent the entire day traipsing all over the Liechtenstein mountains, but we still had a 4+ hour car ride home to our house in Switzerland.

We’d definitely like to return to Liechtenstein, especially to do more hiking in the Alps. If we win the lotto, maybe we can rent out the entire country for a day!

Looking for more things to do in Liechtenstein?

Take a minute to PIN it!
80 shares