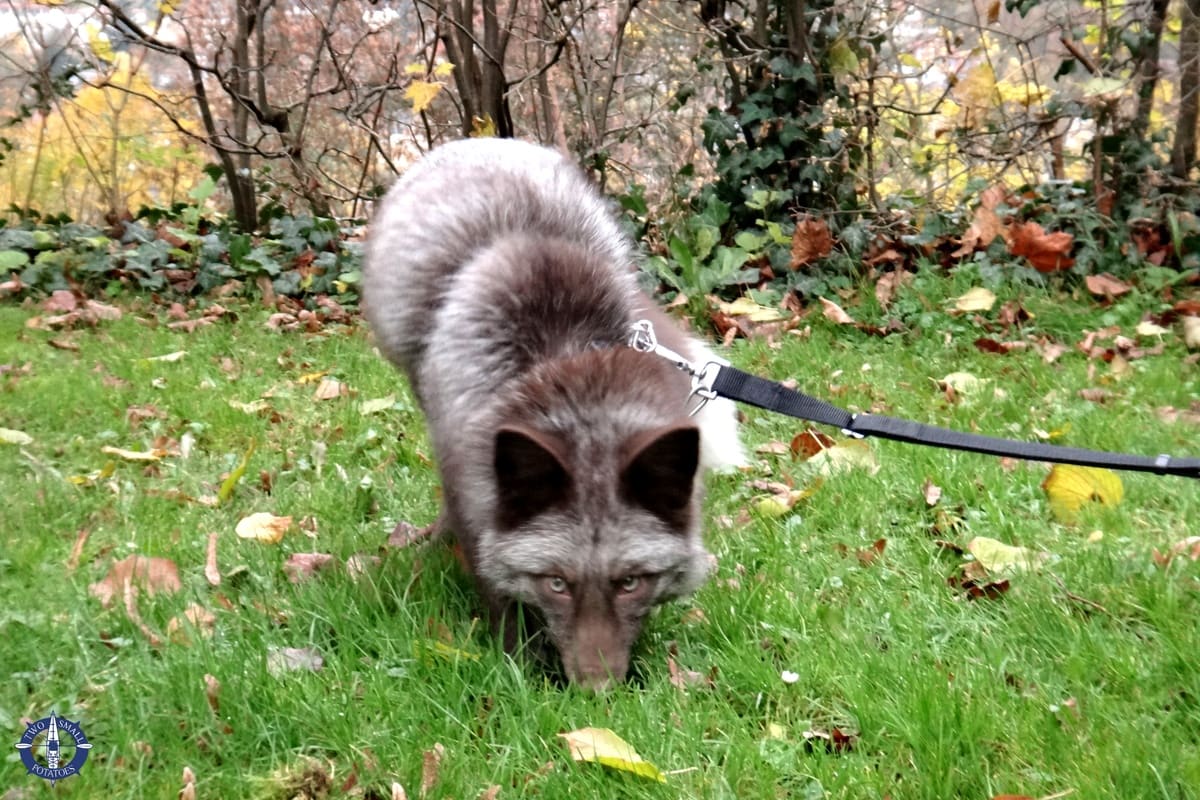 Baby Fox And Deer Playing in Switzerland Will Make You Melt

Have you ever seen a wild baby fox and deer playing? We hadn’t either until this week.

For the past few months, Travis and I have been regularly seeing a family of foxes in the fields just the other side of our woods here in Fribourg canton, Switzerland.

Typically we see them fairly late in the evening, often after 9 pm. The mom and three pups are often hunting, frozen with an ear cocked to the ground before pouncing, or tussling with each other in the harvested wheat fields.

A fifth fox we believe might be a male is often lurking nearby, though he appears careful to stay just outside the immediate vicinity of the mom and pups.

Switzerland has lots of foxes, particularly European red foxes, so seeing them here isn’t unusual. In fact, the city of Zurich has a resident fox population of about 1200 that actually live within the urban area.

But it’s been difficult to photograph our particular fox family since they prefer the safety of darkness and tend to be quite leery of humans. We also typically have our rat terrier, Touille, with us, and though she’s well-trained, she tends to bark at least once upon seeing large mammals, often scaring them away.

Last night, though, Travis took Touille for a walk without me, armed with the camera just in case.

Travis expected to see our little fox family frolicking as usual well across the field – just blurry brown outlines of wildlife. Instead, he saw a young spike buck in the open fields very near his trail where it cuts through the woods.

Freezing in the shadows and shushing Touille, he realized almost immediately that one of the half-grown fox pups was right next to the deer.

Do foxes attack deer? Were the fox and deer going to fight?

Expecting the fox to maybe chase the deer away, Travis stood and watched.

Instead of being aggressive though, the wild fox pup and baby deer started to play in the field! He took video after video as the fox and deer chases each other back and forth, running in circles and darting playfully at each other.

At the end of the video, it looks like the deer runs away, but he stays at the edge of the field grazing once the fox returns to hunting.

We love seeing wildlife, and we both like foxes quite a bit, so seeing this adorable little fox and deer sharing a playful moment was really special.

The grey fox in this blog’s featured image is not the same wild fox we saw in the woods.

Some of you may remember Ellis the Fox from our trip to Heidelberg, Germany in 2013 for Trav’s job interview.

She was a pet fox that belonged to a local guy out walking her near Heidelberg Castle. We saw her playing madly with a stranger’s dog in the grass and were struck by how beautiful she was and how incredibly playful.