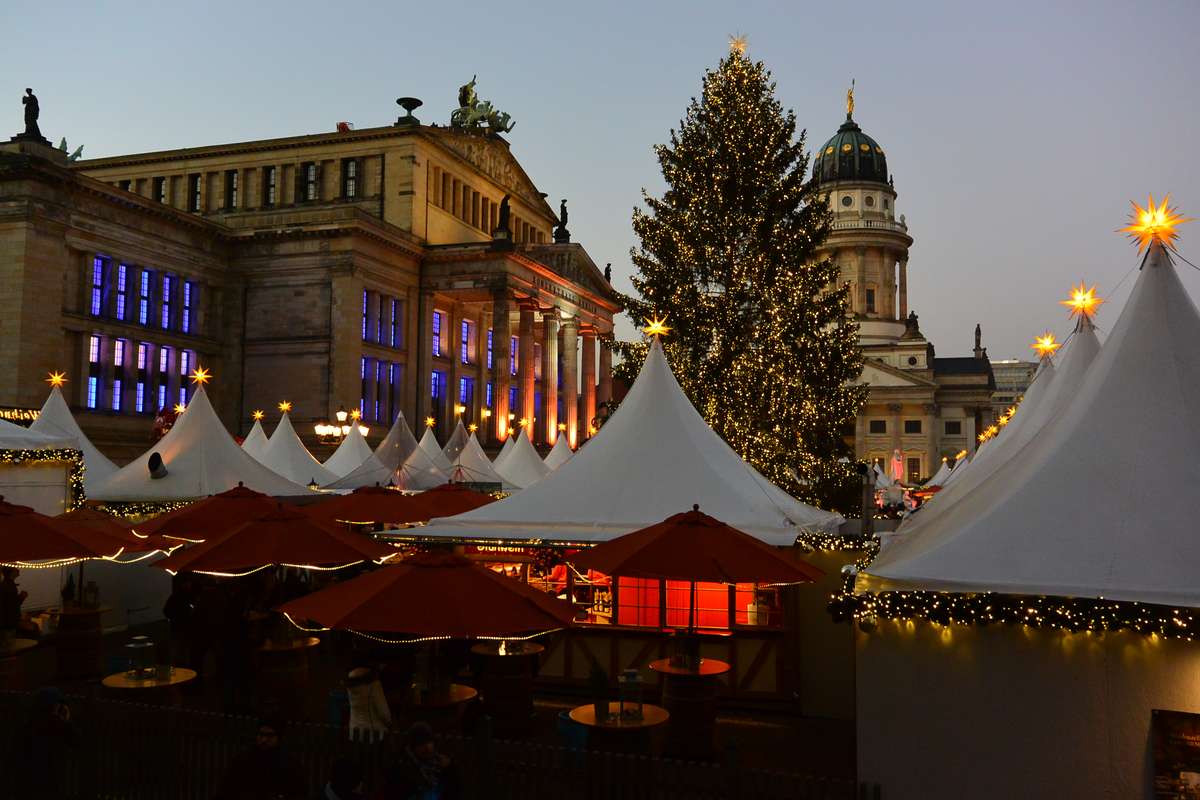 Two of the Best Christmas Markets in Berlin 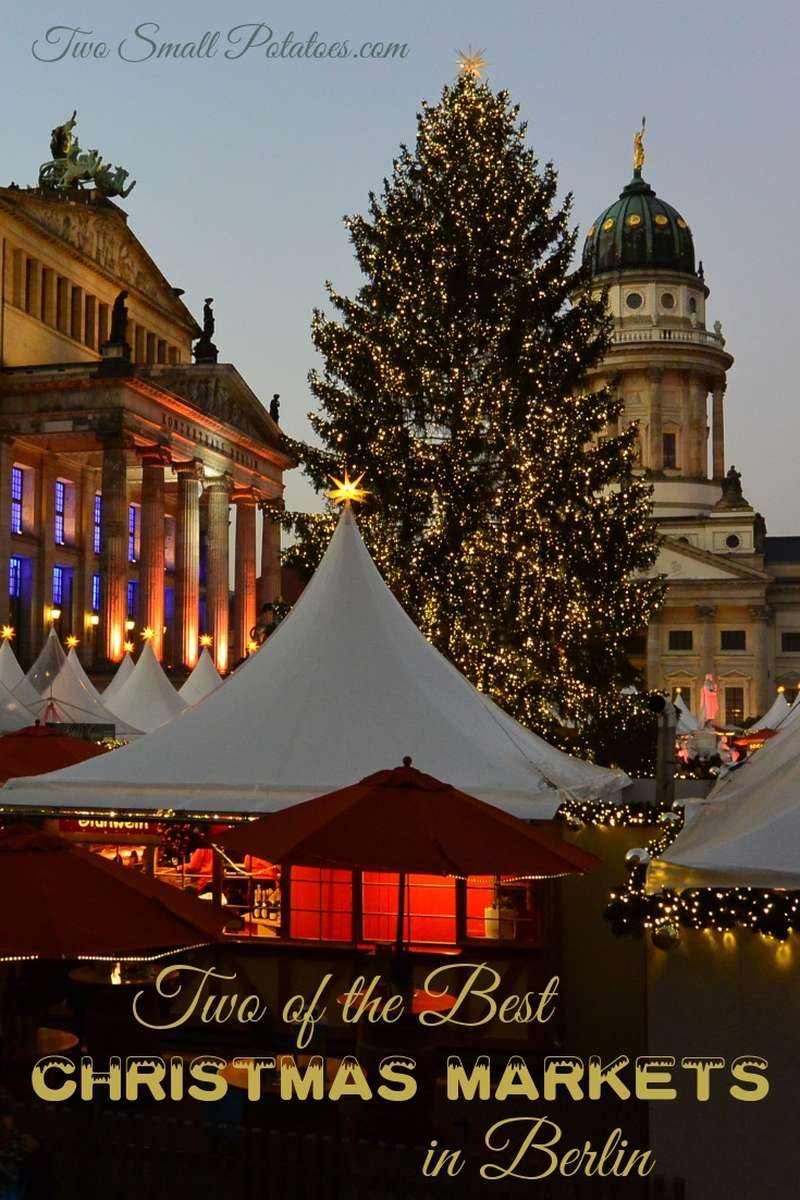 Who doesn’t love German Christmas markets?  Towards the end of November, they start popping up in towns across the country.  It seems no village is too small to host their own festive extravaganza.  In any given year, Berlin alone offers between 50 and 100 Christmas markets, though only a handful of them are sizable.  Each market offers its own unique features, from ice skating rinks and Ferris wheels to live concerts and historic attractions. With so many options, it can be difficult choosing which ones to visit! For us, two in particular stand out as two of the best Christmas markets in Berlin.

The setting for the Gendarmenmarkt Christmas Market is hard to beat.  Occupying one of Berlin’s prettiest squares, the market is sandwiched between two historic churches – the Deutscher Dom and the Französischer Dom – one German and one French.

A third monumental building, the Konzerthaus Berlin, borders another side of the square. Time it right and you’ll catch a live Christmas concert in front of the concert hall.

If you don’t speak German, have fun seeing who’s the first person in your group to recognize each Christmas carol just by the melody!

Food options are plentiful.  The Gendarmenmarkt offers everything from snack foods like deep-fried cheese bites rolled in sesame seeds (SO good) to  full-on temporary restaurants set up inside the market.  If you’re somehow immune to the festive music and decorations, you’ll still appreciate all the tasty menu options.

Lots of stands offer the ever popular glühwein, as well as our personal favorite drink – Feuerzangenbowle.  Even non-lovers of wine tend to appreciate this stiff alcoholic beverage made from glühwein spiked with rum-soaked sugar set on fire.

Meat lovers are likely to find at least one stand selling bratwurst and thick cuts of chicken or steak on a monstrous hanging charcoal grill.

It’s not surprising why this is one of the most popular Christmas markets in Berlin during the holiday season.  Few places are as magical as the Gendarmenmarkt Christmas Market!

Another of the best Christmas markets in Berlin is the Breitscheidplatz Christmas Market.  The Kaiser-Wilhelm Memorial Church is the historic landmark at the center of the Christmas market. Known to locals as “der hohle Zahn” (the hollow tooth), the damaged church was bombed in 1943 and now serves as a memorial.

Finding this Christmas market can be a bit confusing simply because it is commonly known by at least three names:

Don’t be fooled.  They’re all the same market – the mother of all Christmas markets!

With the stunning church as a backdrop, over 170 stands, and a great location, it’s not surprising that over 2 million people visit this market every year.

Many of you may be aware that on December 16th – just two weeks ago – a terrorist drove his truck into a crowd at the Breitscheidplatz Christmas Market, killing 12.

In light of these recent events, we were reluctant to visit this Christmas market.  It wasn’t because of any fear for our safety, but out of respect for those still grieving.  It felt insensitive to be celebrating within sight of a candlelight vigil, but we wanted to show our support for the city, for Germany, and for a way of life and values that will never bow to fear.  I can think of no greater way to fight terrorism than to celebrate life in solidarity.  So we decided to go after all.  While the market was rather somber during our visit, we still found it to be one of the best Christmas markets in Berlin. We’re confident you will too.

Know Before You Go
Highlights of Berlin Map
192 shares