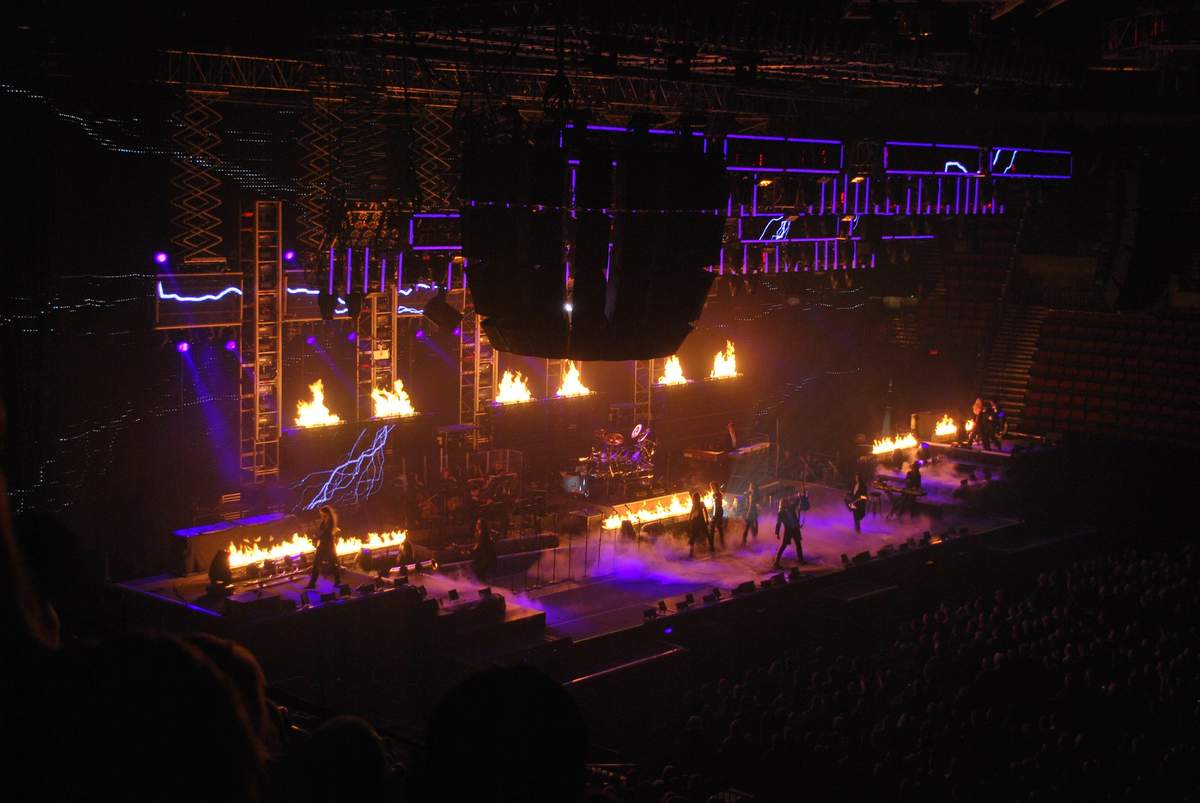 TSO, Not Your Granny’s Christmas Music

We love it in the States when stores and malls start playing Christmas music, typically right after Thanksgiving.  It’s the time of year when it’s impossible to turn on the radio and not find a station playing classic holiday tunes mixed with the occasional song of a more dubious nature, such as “Grandma Got Run Over By A Reindeer.”  Our absolute favorite music for this time of year, though, is the Trans-Siberian Orchestra, more familiarly referred to as TSO.

If you listen to a few of their songs, you’ll realize very quickly that this is not classical music, nor is it an orchestra in the traditional sense.  We still laugh when we remember the first time we saw TSO in concert in 2006 in Albuquerque, New Mexico.  Even from our mid-price seats far from the stage at the Tingley Coliseum, we were blasted back in our seats by the intense heat and lights as soon as the figurative curtain went up.

Part way through the second song of the two-hour show, an elderly couple seated near us got up and hastily made their way to the nearest exit.  Wearing clothing that was more appropriate for the opera, it was pretty clear they’d been snookered when they bought “orchestra” tickets.

Formed in 1996 by Paul O’Neill and other members of the rock band Savatage, the group is probably best known for their cast of ever-changing, incredibly talented musicians performing non-traditional Christmas music.  In a stroke of creative genius, the group decided to blend traditional Christmas music with original songs, pyrotechnics, lasers, and a whole lot of electric guitar.  Their first three albums consisted of a trilogy of Christmas cds: Christmas Eve and Other Stories in ’96, The Christmas Attic two years later, and finally The Lost Christmas Eve in 2004.  Every year they embark on an ambitious touring season across the US, not just to entertain, but to spread the message of charity and love, hope and forgiveness during the holiday season.

We’ve now been listening to TSO every holiday season for the last 10 years, and it just never gets old.  After seeing them perform live in 2006, we became even bigger fans of their music and their message, so much so that we saw them in concert a second time in Portland, Oregon with friends in 2009.  I’d see them again every year if we could, especially since they recently “retired” the Christmas storyline we saw and are debuting a new performance this season, The Ghosts of Christmas Eve.

Last year, TSO grossed among the top 10 artists for holiday cd sales, and yet despite how popular they seem to be, I’m always amazed how many of the people we meet haven’t heard of them.

If you haven’t at least given them a listen, you should.  And if you get a chance to see them in concert, the pyrotechnics just might literally blow your socks off!