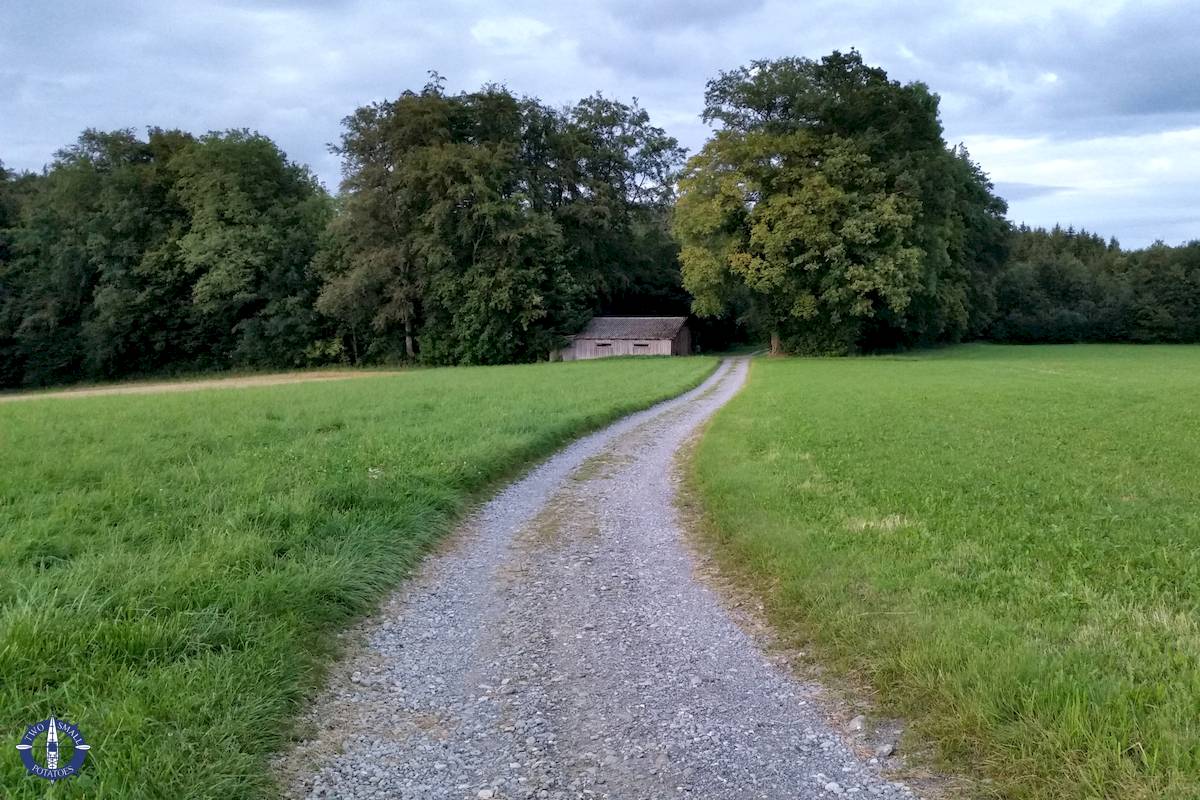 Switzerland has ticks? What?!? The day we moved into our new house in Onnens, both of our landlords warned us about ticks in Switzerland. While we’ve camped and hiked in areas with ticks over the years, we’ve never actually lived in a place where we had to think about them on a daily basis, particularly for our pets. To date, we’ve never had to remove a single tick from any kind of pet. We realized we don’t even know how to remove a tick.

Both of our cats have always been indoor/outdoor and typically disappear for hours during the day, undoubtedly stalking some poor hapless mouse or insect.

Our new house in Switzerland is no exception. They have access to nearby fields and plenty of forested areas where wood ticks are apparently common.

Touille, our rat terrier, adores camping and has trucked along with us on miles of trails from Washington State to New Mexico. We were already looking forward to numerous backpacking and hiking adventures with her in Switzerland, but finding out it’s prime tick real estate puts a bit of a damper on our enthusiasm.

Perhaps more alarming is that Lyme disease, a bacterial infection spread by ticks, is present in this part of Switzerland. While that’s not a concern for our pets, it is for us.

Our landlord, Simone, was recently bitten by a tick when out walking in tall brushy grass. She spent several weeks on antibiotics to treat the Lyme infection she contracted from that tick bite.

Thankfully she completely recovered, but her story filled my head with creepy images of fat, blood-sucking disease carriers lying in wait for us in the woods. Touille’s nearly hairless body will undoubtedly provide a nice dinner invitation for a tick.

To a tick, a dog's warm little underbelly is an all-you-can-eat buffet with no dress code. Click to Tweet

Not quite a month after that conversation, we had plans to spend the day at Gruyeres Castle with friends.

After breakfast, Travis was scratching Touille’s neck and felt a small lump. He inspected more closely and sure enough, a very fat, shiny gray tick was firmly implanted in her neck just behind her left ear.

How to remove a tick?

We know that a common way is to use fine-tipped tweezers to gently try to pull them straight out.

The problem is that we’ve also heard it’s common for them to break in half, leaving their mouth parts still embedded in the neck, increasing the risk of infection.

We’d heard all kinds of recommendations, from dousing them in oil and burning them off to coating them with one nasty home remedy or another.

None of those options sounded plausible. Or safe!

I quickly Googled it and came across a tutorial someone posted about removing a tick by merely rubbing it in a circular motion, a trick they picked up from their vet. We figured it wouldn’t hurt to try it.

Numerous sites recommended wearing gloves, so we actually did go dig out a pair of rubber gloves our landlords had left in a drawer.

Trav gloved up, we armed ourselves with an alcohol swab, and he gently began massaging the tick in a circular motion.

Not two seconds later, Trav let out an expletive, cursing that the tick had broken in half with the head still stuck in our dog’s neck.

Touille held still like a trooper while I put the gloves on and grabbed the tweezers, prepared to save her from the remains of the nasty beast.

Besides a small red lump where the tick had been, I couldn’t see anything. At that point, it didn’t seem that there was much else we could do. We swabbed it well with alcohol and went to inspect the tick.

The darned little bugger was crawling!

He most definitely had all of his little legs, and his head appeared to be quite intact. In fact, I’m pretty sure he was giving us both the stink-eye for making him dizzy.

With plans to keep a close eye on Touille to watch for swelling or other symptoms at the bite site, we put the tick on an alcohol pad in a sealed container as the tutorial recommended. Our new tick-removal method was a success.

We resolved to check all three of the animals frequently, to take them for regular vet appointments, and to otherwise enjoy the outdoors as we always have.

That means spending as much time traipsing through the woods as we can!

I have no doubt there will be many more tick extractions during our years in Switzerland, but now we’re unfazed. We feel like pros already.

Update: We’ve removed literally hundreds of ticks from our dog, two cats, and ourselves in Europe. While this method worked initially, it’s likely the tick was merely full and so was easily dislodged. We’ve since found the best way to remove a tick is in accordance with the CDC’s guidelines here. You just need a pair of fine-tipped tweezers. We use lab forceps. Two years ago, we also started using Bravecta, which is a topical chemical approved for both dogs and cats that treats against worms, ticks, and fleas. It works very well. We’re not fans of putting chemicals on our pets, but it’s a matter of choosing the lesser of two evils. Before you treat your animal with any new product, talk to your vet!

Do you have any special tricks for how to remove ticks?

Fellow expats in Switzerland might find these pet-related articles useful.