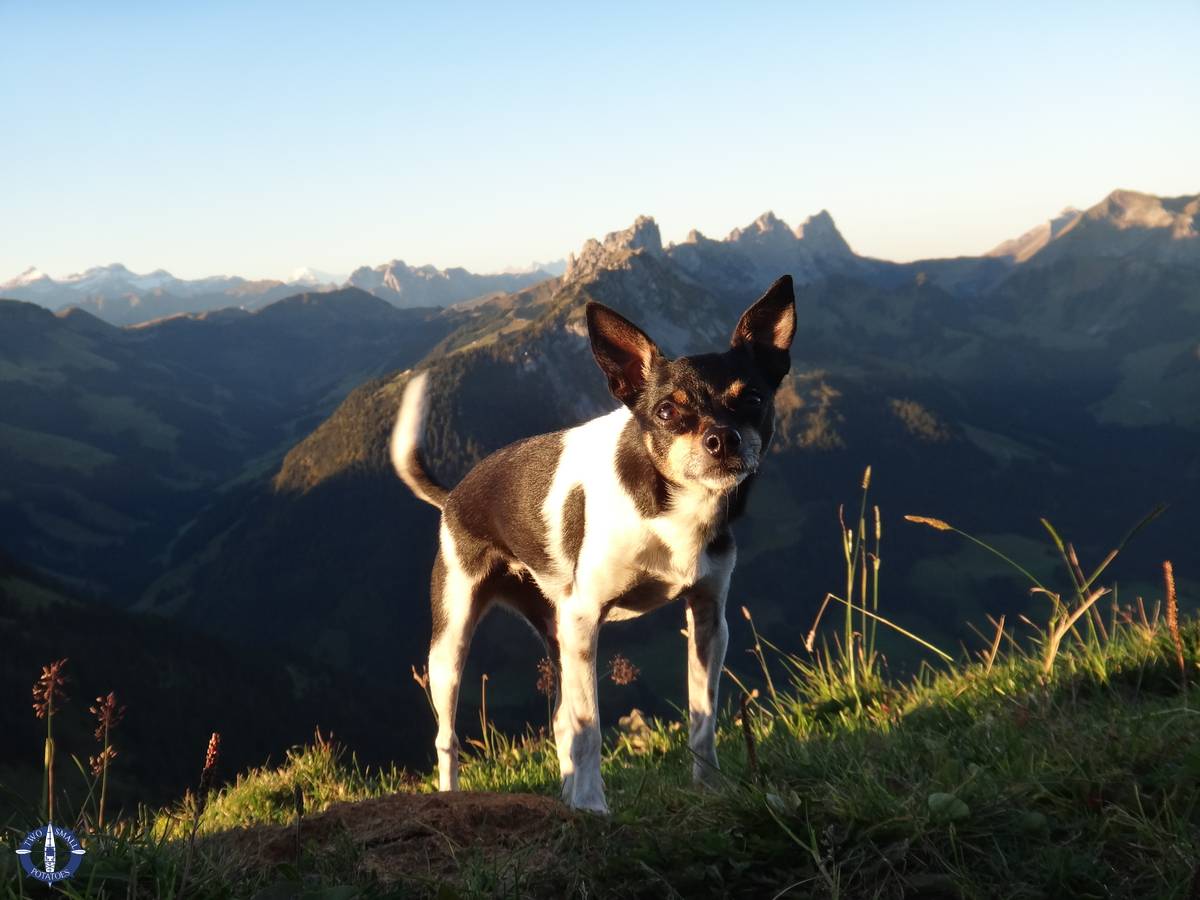 Hiking Schafberg, Switzerland: The Most Isolated Peak in Fribourg 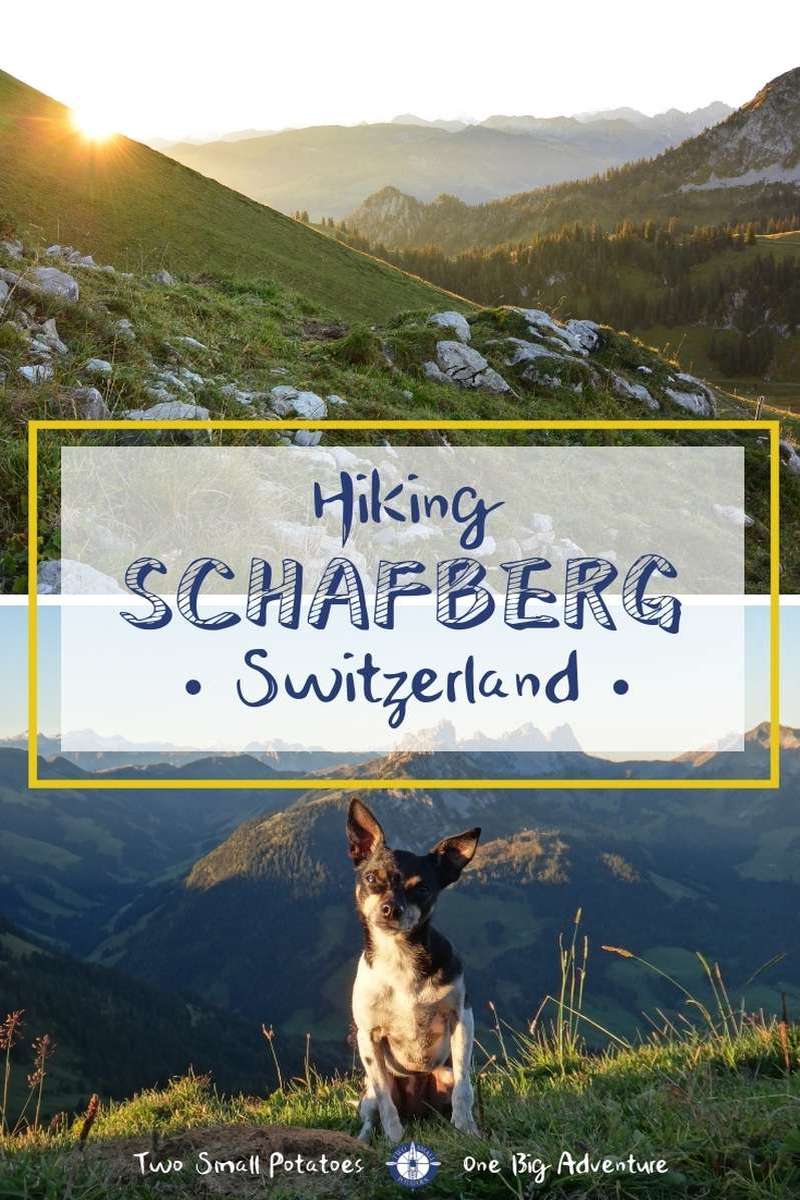 A couple of weeks ago at a friend’s birthday party, we mentioned to a mutual friend, Michael, that we’d recently spent a day hiking at Jaun Pass. While we’d had an enjoyable day, we felt like we still hadn’t experienced the Swiss Alps off the beaten path. With a sideways grin, Michael assured us he knew of a great place to experience the Alps without all those “tourists,” which struck me as funny since we are essentially those tourists. When a weekend with good weather arrived, we picked Michael up at the train station near our house and drove toward Rohrbode, a small family chalet high in the Bernese Alps. From there, we would be hiking Schafberg, Switzerland: “the most isolated mountain in the canton of Fribourg.”

At 2239 meters above sea level, Schafberg Switzerland is ideal for experienced and fit hikers looking for solitude and stunning Alpine views. Plus it's dog friendly! Click to Tweet

Schafberg is located in the southwestern corner of Switzerland. The peak falls right on the border between the cantons of Fribourg and Bern. It’s about an hour and a half south of Bern. You’ll need a car or a ride there to access this specific hiking route.

Feel free to use our custom interactive map below to find out where to park and to see the hiking route to the summit.

Where does the trail start?

This very unofficial trail starts at Rohrbode, a small family chalet at the end of a dead-end road.

The path actually starts and ends in a cow pasture right next to their house, just the other side of a high voltage electric fence.

Normally, Travis and I would’ve thought,

Hmmm, we shouldn’t be here. This is trespassing. We can’t just traipse across someone’s front yard to start hiking on their land…..

Granted, Swiss folks are very friendly, but they’re also well armed. In the States, landowners can legally shoot you for trespassing – and they do!

But we were with Michael, who’s Swiss. He casually and confidently reassured us that it was fine for us to be there, then looked for the easiest way to get through the electric fence. We were about to duck under when the farmer appeared and also quite casually pointed to the rubber handle on the far end of the fence so we could open and safely enter.

When is the best time to hike Schafberg?

The best time of year to do this hike is definitely summer or early fall. Winter comes early and lingers at this elevation in the Alps. You’re more likely to have better hiking conditions during the warmer, dry months.

Come early in the day too. The sun coming up over row after row of jagged snow-capped peaks during the hike is absolutely breathtaking.

We were on the trail by about 7. As soon as the first rays of the sun hit the perimeter of peaks, all thoughts of sleep were forgotten.

Photography Tip: For the best light, make sure you’re on the trail before sunrise so you can catch the first rays of sun in the Alps.

How do you actually reach the summit of Schafberg?

Our destination, Schafberg Peak, came slowly closer with each step, until we reached the end of the official trail.

We found a large, flat rock to fuel up on snacks and rest in the sun while pondering the rocky ridge above us.

How were we going to actually reach the summit of Schafberg?

We weighed the options for several different ravines, discussing whether any of the rock outcroppings between them would allow us to continue along the ridge. We faced the very real possibility of having to backtrack and come back down to find a passable route

Agreeing on a course that looked promising, we set off uphill.

This is the point in the hike where you decide whether you’re comfortable and experienced enought to hike to the ridge above. It’s the perfect place to turn back if you’re not. From here on up, the trail isn’t a trail at all. You’ll just be hiking, and then scrambling, to the summit. You can use our map at the beginning as a rough guide, but you’ll need to rely partially on choosing your own path.

If you’re afraid of heights, turn back. If it’s really late in the day, turn back. Only you know your limits. If you only make it this far, you’ll still see really gorgeous views of the Swiss Alps.

As you draw closer to the rocky summit, keep your eyes turned upward for any signs of movement. If you’re lucky, you’ll spot a herd of alpine chamois: a hardy high-altitude goat-antelope not uncommon in the Alps.

They tend to be shy, so hike quietly. They’re also wicked fast, so if you startle them, they’ll be long gone before you can even get the lenses off your camera.

We spotted a small herd far up along the ridgeline, almost to the summit.

As we angled our way up the steep slope, maneuvering between large tufts of thistle and weedy grass, the herd suddenly melded into the rocky cliffs.

Several would appear along the skyline as tiny stark outlines against the bright blue sky, only to disappear again after easily navigating the rock faces above us. Most crossed the rocks horizontally, but several broke off to climb over the peak directly above. They stood for some time watching us before they too disappeared from view.

It was truly fantastic to watch them gracefully fly past us on terrain that I would be struggling to climb a bit later.

Also watch out for these flowering thistles. They bloom all over the hillsides, and they’re sharp!

Not cool when you’re climbing and reach up out of sight for a handhold and grab one of these buggers.

Remember to hike with a buddy, and don’t leave them behind!

While Travis or I occasionally break this Golden Rule and hike alone, it’s a good idea to do this hike with a friend. It’s challenging and isolated enough that it definitely warrants the buddy system.

On the way up, I inadvertently took a less than desirable track up a rocky section that proved to be well outside my comfort zone. I was forced to backtrack several times to finally find the simpler route that Michael and Travis had taken.

I took so long that they were calling me – which I couldn’t hear – and they couldn’t see me over the edge.

I was pretty relieved when Michael’s head popped over the edge finally and I immediately saw a clear path up to him.

A bit more scrambling after that, and we all crested the ridge.

Michael and I hung out on the ridge with Touille while Travis continued further west toward the summit of Schafberg itself.

I was more than content to just hang out on our rocky perch and enjoy the views.

Soak in the unreal views below the ridge.

The ridge itself offers beautiful views, but it’s made up of jagged rocks. It’s not a comfortable place to stay for long.

Instead, on your way back down from Schafberg, look for the small grassy outcropping below. It’s a gorgeous place to relax for awhile, take a nap, or roll out your picnic lunch or dinner.

You’ll likely have an audience for your climb downhill.

Though easier and faster, the downhill usually seems more intimidating than the climb up. On this hike, the downhill proved to be pretty tame, particularly on the lower slopes where it’s just grass.

Don’t be surprised if you see herds of pretty Swiss dairy cows. They spend their summers grazing in the alpine pastures. They’re accustomed to people and are typically really friendly.

Twice a year, farmers drive their herds to and from their summer pastures in the high mountains to lower elevations to weather the winter.

In the spring, you might come across a small herd being driven up country, and in the fall, you’ll see them being driven down to warmer fields and barns. The cow parades are marked with local festivities in hamlets all over Switzerland.

We accidentally stumbled across a cow parade in the town of Charmey on our drive home. Just by chance, our car fell in line behind the parade itself.

As we inched our way through town, throngs of people lining the streets laughed and pointed. They waved at us, so we waved back.

It was pretty fun!

A Swiss farmer carries a prize-winning cow bell during the cow parade in Charmey, Switzerland.

We were equally entertained by a flashy red Viper that fell in behind us. The driver clearly was in a rush and was not impressed with the parade.

He darted onto a side road in town to cut around traffic, only to reappear again and have to fall behind us. We got a good laugh until he mysteriously appeared on a different side road and somehow fell in ahead of us again.

Don’t judge – you have to make your own entertainment when you’re rolling along at the speed of a cow.

Some miles down the road and closer to home, we hit traffic again, a sure sign that yet another small town was wrapping up its cow festivities.

The smell still hung heavy in the air.

In a very Swiss version of Hansel and Gretel, we followed the trail of cow patties all the way home.

Know Before You Go
Take a minute to PIN it!
34 shares