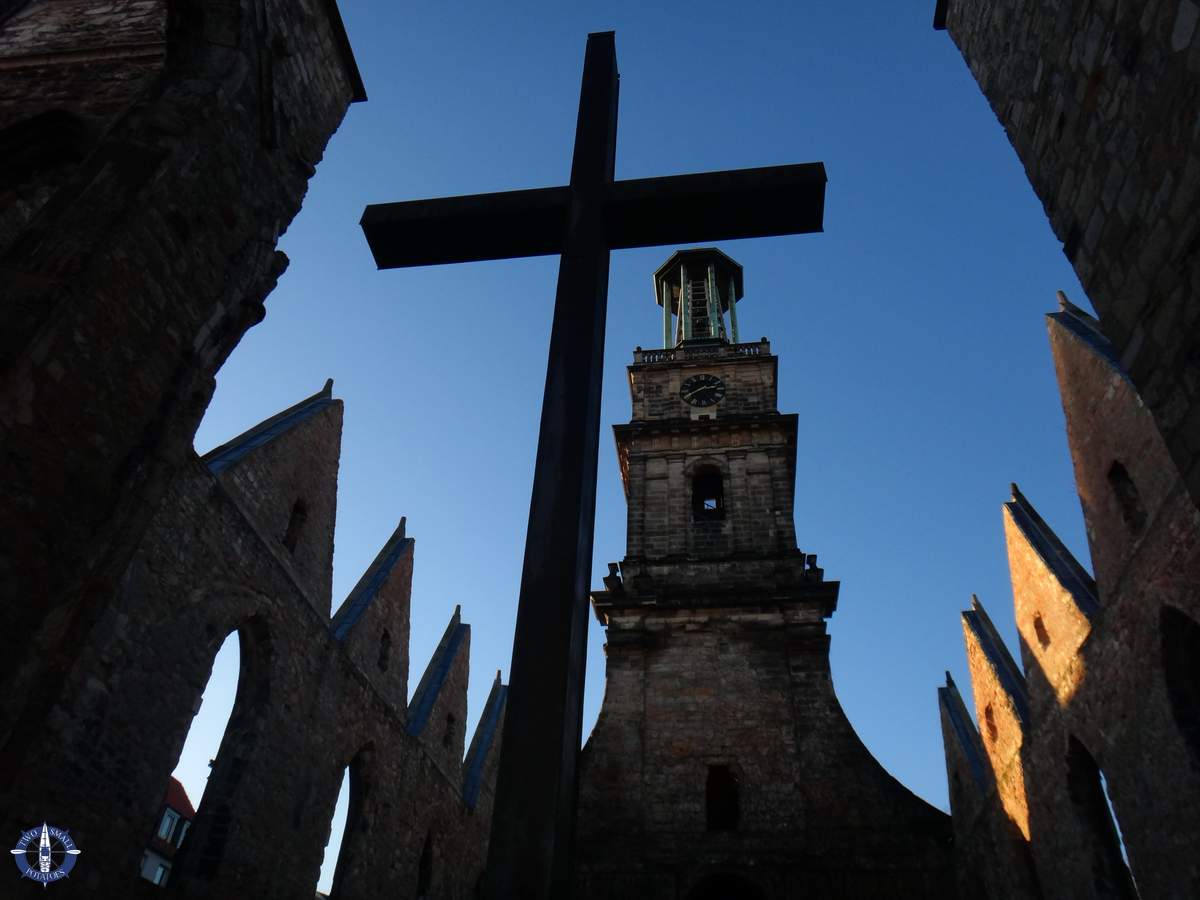 Things to Do in Hannover, Germany

Munich is known for its Oktoberfest.  Berlin has the Berlin Wall. Heidelberg is home to one of the prettiest castles in Germany.  But what’s the deal with Hannover?  We live just an hour south, yet other than the fact that it’s the local seat of government for our region of Niedersachsen (Lower Saxony), we’ve never heard much about the city.

When a last-minute decision to spend New Year’s weekend in Berlin put us driving right past Hannover, we saw it as the perfect opportunity to scout it out.  So with an afternoon to explore but no real destination, we parked downtown and set off on foot.  We ended up visiting two really cool attractions: the New Town Hall and Aegidien Church, which was heavily bombed during WWII and now stands as a war memorial.

During WWII, Hannover was a major target for Allied bombers.  Over 3/4 of the city was destroyed in 88 bombing raids during the course of the war.  The metropolis was a commercial hub for the railroad and oil industries, and pilots destroyed important refineries and plants, including a tank factory.

In October of 1943, bombs from one of these raids hit the 14th-century Aegidienkirche, blasting out the treasured stained glass windows and collapsing the roof.  Rather than repairing the church, locals left it to serve as a war memorial.

A Peace Bell was cast in Hiroshima, Hannover’s sister city, and presented to Germans as a gift in 1985.  The bell now hangs in the nave of the Aegidienkirche.  Every year on August 6th, the anniversary of the US bombing of Hiroshima, delegates from Hiroshima and Hannover meet to ring the bell in memory of that day.

Unlike the scarred remnant’s of the Aegidienkirche, the New Town Hall in Hannover is not only quite new, but it’s undergoing renovations.  Built in 1913, the castle-like building sits within a park with a small pond.  Though the green domes and red roof of the rathaus are still visible, much of the building is hidden behind scaffolding and construction materials.

The rathaus is open to the public, free, and is far more stunning inside than outside.  We probably would not even have gone in had we not needed to find a bathroom.  We’re so glad we did!

Just inside the entryway, visitors encounter four fairly large models of Hannover.  The models reflect what the city looked like at different times in history: as a settlement in 1689, in the 1930s before WWII, at the end of the war, and how it looks today after being rebuilt.

Returning to our car, we made one more stop on our way out of Hannover.  The Herrenhausen Gardens on the outskirts of town are one of the city’s most popular tourist attractions.  Since the sun was just setting and much of what we could see through the gates was spread out in winter’s gray, we passed it up for another day.

Will we be back for a second visit?  Definitely.

A half-day of exploration in December convinced us it’s worth a return trip when the famously green city comes to life in the summer.