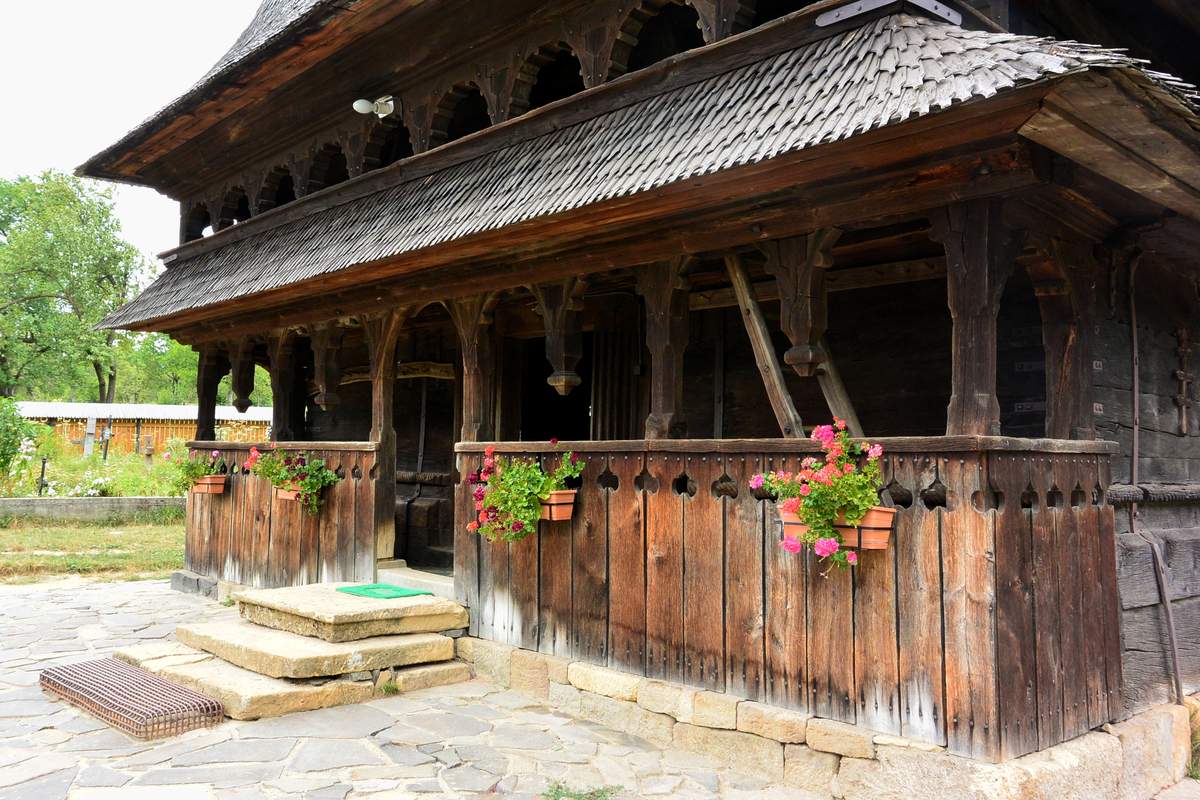 In particular, the church at Surdesti is unique in that it features double eaves and not one, but two sets of arched wooden windows beneath each eave.

The Wooden Churches of Maramures 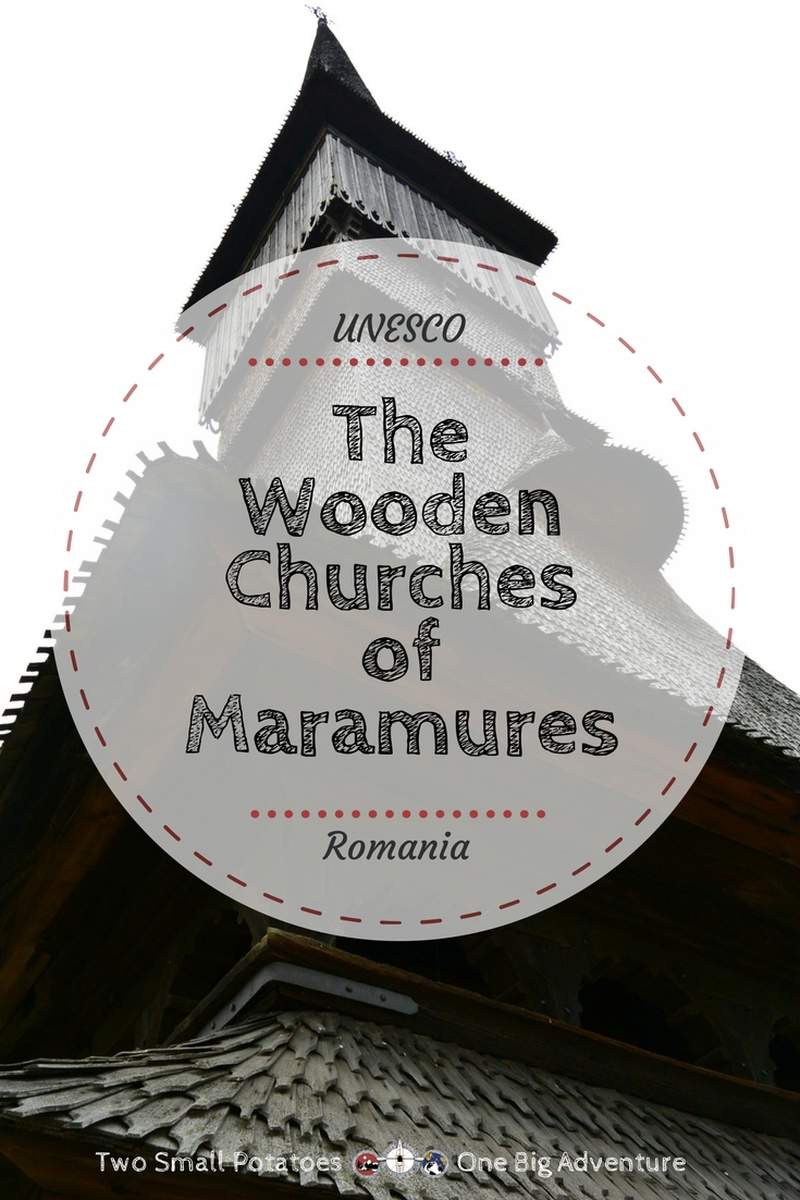 Among the rolling mountains of Maramureș County in the northwestern corner of Romania, nearly a hundred wooden churches dot the countryside.  Constructed primarily of solid oak, the oldest has been standing since 1364. Though they’re either Orthodox or Greek-Orthodox churches, the architecture still has a distinctively dark Gothic flair that feels very much at home in this region of Transylvania.  Of these 100 churches, eight were added to the list of protected UNESCO World Heritage sites in 1999, singled out for their unique architectural elements and superb craftsmanship. Collectively, they’re known as the Wooden Churches of Maramures.

After nearly two weeks road tripping around Romania, we were short on time before we had to return home to Switzerland.  We opted to spend only one day exploring just two of these brooding wooden churches: Plopiș and Șurdești.  Rejuvenated from a restful night of camping in the Hoia Baciu Haunted Forest (something no ghost hunter ever wants to say), we rolled along north on empty highways, putzing along back roads as whim took us. Pretty forests and wild green fields with traditional haystacks mounded in neat rows unfurled before us with every passing mile.

Because the eight UNESCO churches are typically referenced together, I had had trouble finding specific locations or even distinguishing names for most of the churches before our trip.  We were armed with a general sense of where they should be and our helpful-but-not-entirely-trustworthy map app, MapsMe.

The Wooden Church of Surdesti

When we neared the first of the two churches, a single faded road sign the color of hard-baked Utah soil finally indicated our turn from the “main” road. Had we not known we were looking for a UNESCO site, we might have driven right past the sign.

Written in Romanian, it claimed we’d arrived at the Biserica de lemn din Șurdești.  Officially known as the Church of the Holy Archangels Michael and Gabriel, in English it’s typically referred to simply as the “Wooden Church of Surdesti.”

The former name is not only a mouthful, but it’s confusing since both Plopiș and Surdesti share this name with other wooden churches.  The name of the town where each of the Wooden Churches of Maramures is located – Plopiș, Șurdești, Rogoz – thus becomes the easiest qualifier to identify a specific site.

Despite its array of names and obscure location, we had in fact found the Wooden Church of Surdesti.

Built in 1721, this weathered old church maintained the distinction of being the world’s tallest wooden church for nearly 300 years.

Sadly, in 2003 workers completed a new, taller wooden church on the grounds of the old Săpânța-Peri Monastery. Separated by just 70 kilometers, the new church tops out at 78 meters (256 ft), six meters taller than the old church in Surdesti.  It’s dubious whether it could even lay claim to the title if it weren’t for the massive 400-kilo, 7-meter-tall (22-foot) cross on top.

If the villagers in Surdesti aren’t offended, I certainly am on their behalf. It’s like using modern technology to throw up a monument identical to the Pyramid of Giza right next door.

Why would anyone want to do that?!

As the only visitors at the church, we arrived to find it locked.  Since it receives few enough visitors that it’s frequently closed, we rang a little bell and waited as a young gal appeared at the gate.  Ornate metal key in hand, she unlocked the door silently, merely pointing to a sign barring interior photography.

Quite tiny inside, the paintings and decorations were overly simple, almost as if done by a child.  A smattering of rough wooden benches filled the small nave, aged sheepskin rugs draped casually for parishioners to ward off the chill.  In sharp contrast, finely embroidered red and gold cloth added rich color and texture to the walls.

The feeling inside is singularly welcoming, the trappings faded with time but cozy like your parents’ living room – not like a typical church at all.

Though different architects and craftsmen worked on the various churches, they still share many common features: uniquely narrow bell towers, all-wood construction including hand-hewn shingles and wooden nails, tiny windows, and a plethora of crosses made of wood, metal, and stone.

After walking all the way around the church, we wandered through the cemetery before returning to our car and heading to the second wooden church of Maramures.

The Wooden Church of Plopis

From the church at Surdesti, a short drive on winding country roads leads to the second church – the Biserica de lemn din Plopis, aka the “Wooden Church of Plopis.”

Typical of these churches, the one in Plopis was built on a small hill with the cemetery and towering church spire readily visible from the nearby village.

Presumably gathered for services for their lost loved one, a jumble of raised voices drifted to us in Romanian from inside the church.

Respectfully backing away, we explored the grounds instead.

Bells suddenly peeled high above, filling the air with a sweet, high-pitched dinggg-a-ding–dinggg that washed over us.  A smartly dressed group somberly filed from the building.

We watched as the group parted ways, returning to work or home to make dinner for the kids, watch television, or simply reflect on their recent loss.

It’s always a bit startling to visit an attraction with significant cultural and historical value and realize that for the locals, it’s simply a part of their everyday life.

Long after they, and their children, are buried in a pretty little cemetery on a hill, the towers of the Wooden Churches of Maramures will remain standing, mute testimony to the immutable passage of time. 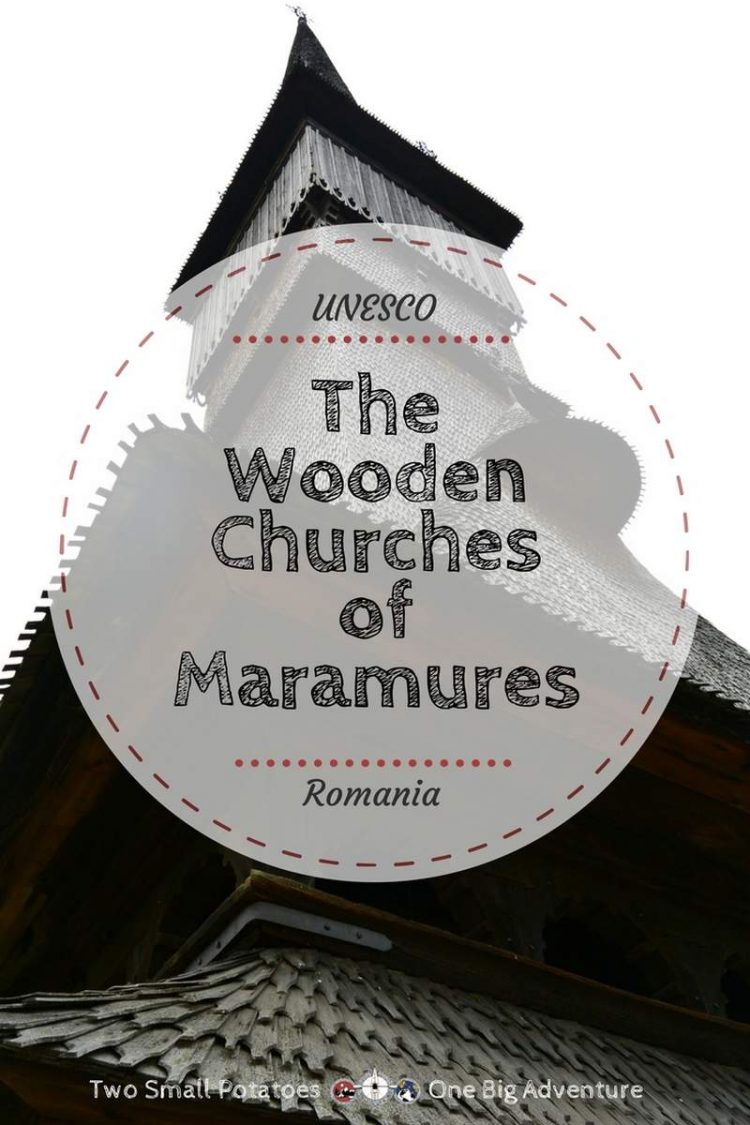