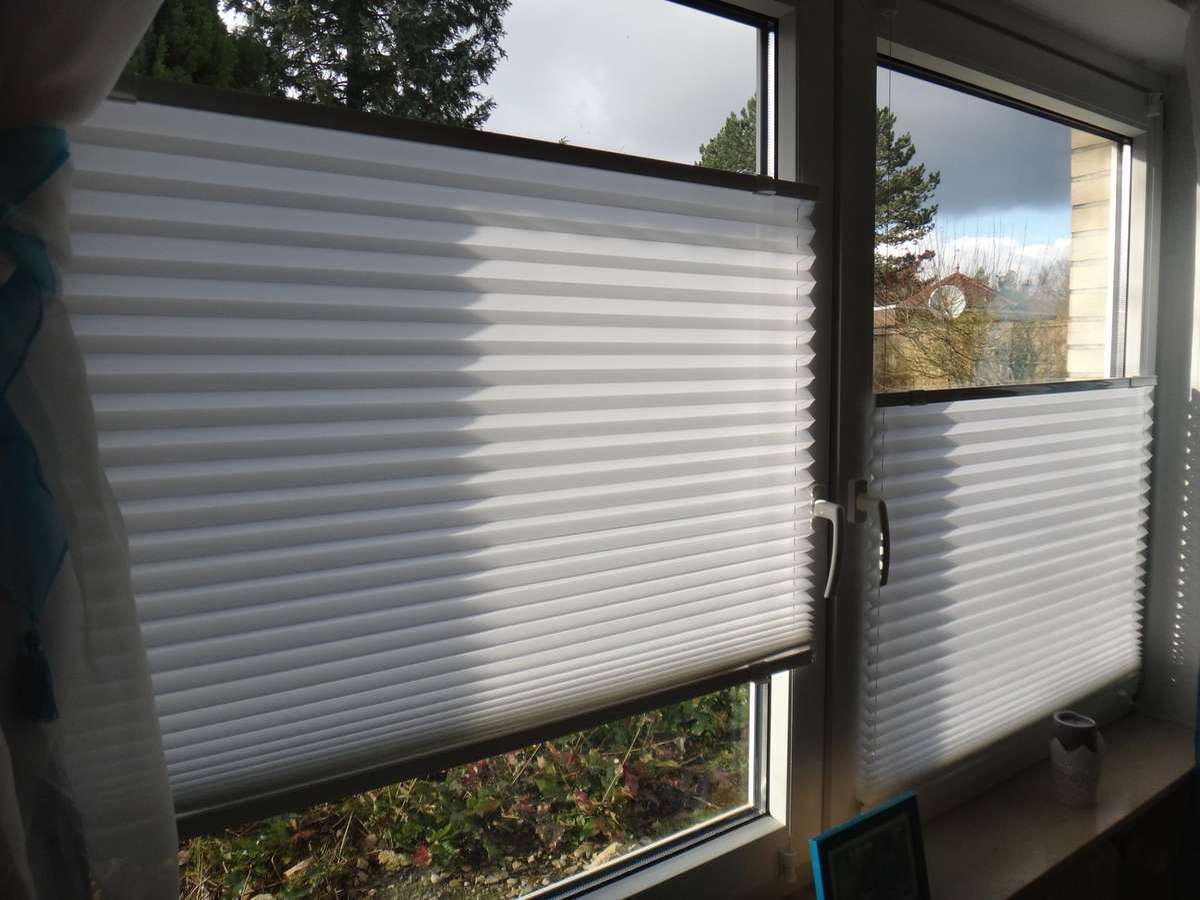 Expat Life in Germany
February 6, 2016 0
*This site contains affiliate links. If you purchase through these links, we may receive a small commission at no extra cost to you.

Now that we’ve finished putting in an entire kitchen in our German apartment, we’ve moved on to another exasperating home improvement project – window coverings.  It might not be a very exciting topic, but just like with cupboard handles, you realize how important they are when you don’t have them.  With big windows in every room and a sidewalk running along the length of our apartment, we needed to find some sort of covering that would provide privacy without being overly expensive or completely hideodorous.  First, we’d have to figure out an entirely new and different set of German blinds and curtain systems.

I should have known better than to think that it would be a straightforward process, especially since we’ve never had to outfit an entire home with curtains.  Our very first tiny studio apartment when we were in college came with chintzy, but functional blinds.  Thick, tar-black material was the only thing that sufficiently blocked Alaska’s midnight sun.  In Costa Rica, my room had floral chiffon curtains that billowed like pastel ghosts when the monsoons descended.  The house we bought in Oregon came with fantastic wooden blinds installed by the previous owner.  Both of our landlords in Switzerland generously supplied us with a variety of really nice window coverings.

Perhaps if we’d had to buy curtains before, we wouldn’t have been so stumped here. Somehow, though, I think even Martha Stewart would be a bit confounded by all the different systems and baffling terminology in Germany.

After scoping out IKEA, eBay, Amazon, countless online stores, and OTTO, the “world’s largest mail order company,” we settled on something called plissees.

A German word that simply means “pleated,” the accordion-style blinds come in variations of semi-translucent fabric in every color you can imagine.  They’re available in standard sizes or can be made-to-order for custom windows,  and they’re even available ohne bohren, meaning they don’t require any drilling.

The advertisement claimed they were easy to assemble and that size 90 x 130 cm would fit windows with our glass dimensions.  They looked perfect, assuming they’d actually fit.

Since they were a bit spendy, at least for ones that would be large enough for our windows, I shopped around online until I found plain white ones on sale at Deswin.de.

Ordering just one in case it didn’t fit, I waited with anticipation for the DHL delivery to arrive a couple of days later, then ripped open the box and immediately started assembling my new, fun little window covering.

The entire set-up was incredibly simple, though I took my time in making sure the wire was the right length before cutting it.

Installing the first one in our bedroom where we were most in need of privacy, I immediately placed a second order on Deswin.com the same day for 5 more plissees.  Though they were €16 apiece, which means it cost us €32 per set of windows, they were worth every penny.

I love that they open from the top or bottom.  They can also be partially open in any position, and they let in tons of light when they’re closed, yet still give us privacy.  Since they don’t require drilling, we can easily remove them when we leave without having to repair or fill holes in the wall. Plus, they just look nice.

We’re not sure what we’ll do with the other windows that are still bare, but we’re working on it.  We do have two sets of curtains we bought and used in Switzerland that were mostly just decorative, but it would be a shame not to use them here.  Since they’re all the standard length of 245 cm, which is obscenely long, they pool up on the floor at our flat here as they did in Switzerland.  We have a single, extra long rail that attaches to the ceiling in our living room, but we still have to drill holes to hang it and figure out what kind of curtains will work with it.  But that, of course, will have to be our next fascinating blog about deciphering the mystery of German curtains.