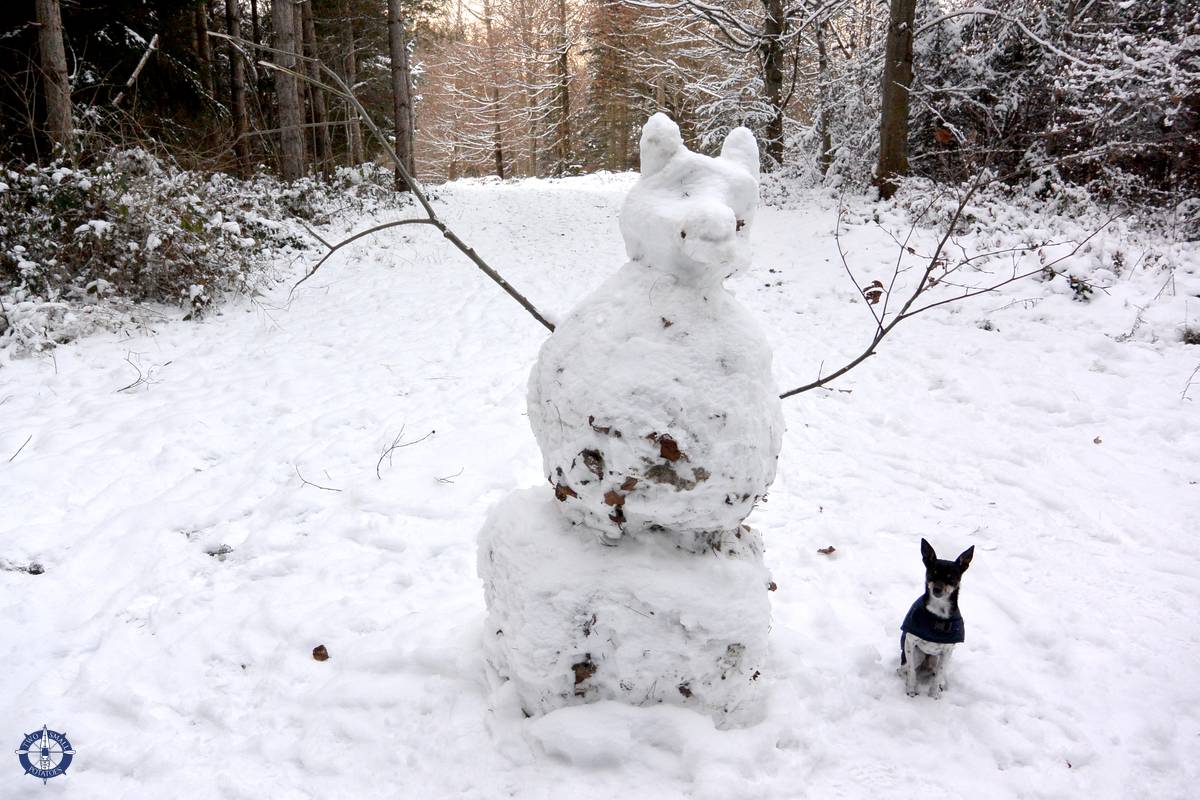 Expat Life in Switzerland
December 27, 2014 0
*This post may contain affiliate links. If you purchase through these links, we may receive a small commission at no extra cost to you. We only recommend companies we trust!

A couple of days after Christmas, we woke up to a true winter wonderland with snow blanketing everything outside and still softly falling. We spent the day snuggly warm in front of the fireplace, sipping coffee and enjoying a quiet Sunday at home together.

Snow fell all day, at times blowing sideways and creating mini tornadoes from blizzard force winds that whipped it back into the air as soon as it found a resting place on a tree limb or rooftop.

By the time it got dark, it had stopped snowing. With fresh powder and an exhilarating chill in the air, the woods beckoned us.

Trav and I clumped downstairs in our toasty REI snow boots and rounded up Carlos, Nicole, her brother and his girlfriend. We traipsed into the woods near our house with the dogs happily snuffling ahead of us.

Within moments, the group at large unleashed a maelstrom of snowballs. The hardcore pelting continued until we reached the first large open intersection on the trail.

We took a break from trying to annihilate each other with snow missiles and started rolling lumpy spheres for a snowman, which ultimately morphed into the semblance of a snow fox on one side.

Like Jekyll’s Hyde, The Great Snow Fox has a feline half.

What better snow creation to build than a fox?

The adorable little creatures abound in the fields and woods around our house in Switzerland. We never get tired of seeing them.

The other side of our great Swiss snow beast morphed into…..uhhhh,  something else.

I think it most resembles a cat, which is fitting for one entity to encompass both its “dog side” and its “cat side.”

Chilled and wet but still laughing, we slipped and slid our way home amidst yet another snowball assault.Save

Love real foxes? We adore them!

Foxes are really common in Switzerland. They inspired our snow fox. You can read more about Switzerland’s fox population here.

These have your name on them if you’re looking for crazy fun winter activities in Switzerland!