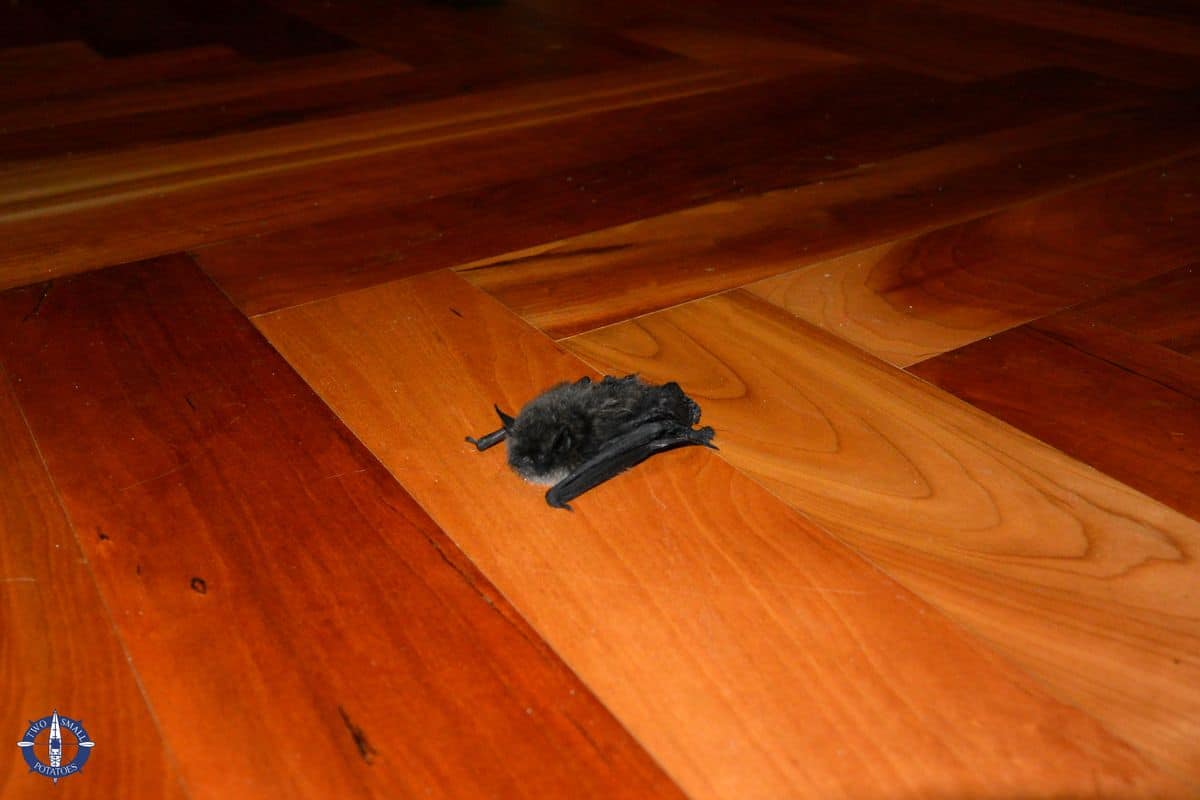 Close Encounter With A Swiss Bat in the House

Expat Life in Switzerland
July 5, 2015 0
*This site contains affiliate links. If you purchase through these links, we may receive a small commission at no extra cost to you.

I’m not sure exactly why it is that people seem to love certain flying things like ladybugs and butterflies but hate others, like harmless fuzzy bats. Maybe they just don’t like having a bat in the house.

Travis and I have both always lived in places where dusk gives refuge to the darting shadows of bats hunting. It’s a task that I, for one, am eternally grateful they have.

Here in Switzerland, where screens on doors and windows seem to be nonexistent, the pesky little season of blood sucking mosquitoes is upon us. For days, I’ve been covered in huge welts, red and itchy like chicken pox blotches. If I could keep a bat in the house to control the mosquito problem, I would.

Tonight we were lucky enough to have just such a visitor, albeit briefly. Unfortunately for our furry little friend, it wasn’t luck that brought him to our house.

After another scorching hot summer day here where the only relief came from soaking my feet in our newly purchased kiddy pool, it finally cooled off this evening. Despite the parade of insects into our house, we’ve been leaving the doors and windows open all night to try to cool off the house.

This was the case tonight as well, which left our cats free to come and go. The ultimate cat door.

Awake in bed, I heard Tica on the terrace making excited little mewing sounds. I swung my cell phone flashlight at our bedroom door that opens onto the terrace just in time to see her slink in with something small, dark, and wriggling in her mouth. A consummate hunter, she’s always after birds and mice, but I couldn’t imagine what she could have been hunting in the dead of night.

Following her into the dining room, I snagged her right as she dropped her prey.

The little black ball of fuzz which I assumed must be some sort of nocturnal rodent suddenly sprouted an impressive pair of wings.

Think Batman size and then scale it way, way down.

It flew all the way across the living room, disappearing into the darkness.

I called for Travis that Tica had caught a bat, leading him to stumble sleepily from our bedroom.

Locking Tica safely away, we tracked the little bat down and inspected him for injury. He clearly had what appeared to be Tica slobber on him, but it was a good sign that he could fly. He was quite alert, swiveling his ears to sounds and cocking his head back to watch us.

Somehow I sensed he knew we wanted to help, which I know is just silly, but I find these mysterious little flying critters fascinating.

Our first attempts at sliding a stiff piece of paper under him failed. He would allow us to slide it half underneath before flying out of reach.

We next grabbed a clear piece of Tupperware that we could gently set over him to prevent him from flying. Carefully sliding the paper under him again, we made sure not to crush his toes, instead nudging him to crawl onto the paper himself. Once he was safely between paper and Tupper, we were ready for Operation Bat Effect.

How does one set a bat free?

Before we lived in New Mexico, neither of us would have had a clue.

But years ago during a visit to Carlsbad Caverns National Park, we attended both the evening and morning “bat flight” event, sitting quietly in an outdoor amphitheater to watch nearly a half million Mexican free-tailed bats exit and then return to the cave after a night of hunting insects.

The sight was a spectacle like no other. First entering the night sky as a massive black cloud, they returned individually just a few hours later, dive bombing straight down from hundreds of feet up with an audible buzzing sound. At times passing so close to our faces, we could only catch a glimpse of movement before they were gone.

Never once did any touch us, nor was there anything to fear.

As if all of this wasn’t memorable enough, a single small bat somehow lost his way and tumbled to the ground.

Unable to fly or escape, a National Park Ranger came to his rescue. Gently lifting him with gloved hands, he used it as a teaching moment. Explaining to the audience that many bats can’t take flight from the ground, he said they often die if they aren’t able to climb up onto something and drop into flight from there.

Illustrating his point, he set him on a raised concrete border several feet off the ground. The tiny Swiss bat that moments before had been helplessly floundering on the ground bobbled toward the edge, then tossed himself overboard, immediately swooping upwards into flight.

I think of Carlsbad and the bat flight every time I see bats, and I remember how truly special they are. Click to Tweet

How to Get a Bat Out of Your House

Tonight while we were admiring our new friend in his transparent plastic prison, it was Travis who first realized we needed to take him outside to our balcony railing.

We quickly showed him to our roommate, Gintare, who wrinkled up her nose at him in wonder, admiring him eye to eye with no fear. She didn’t mind that we had a bat in the house. Then Travis gently slid him off the paper onto the wooden railing. The little bat clawed his way to the edge and abruptly disappeared over the side.

Alarmed, we looked over thinking we’d sent him to his death below, just as he swooped triumphantly up into the cool night air!

You often never know how your actions affect the living beings around you. In this case, I’d like to think that the world is a slightly better place because our little bat friend is again flying free.

Call it The Bat Effect, if you will, because bats are merely the butterflies of the night skies. Click to Tweet

Safety Tips if You Have a Bat in the House

Looking for more posts about wildlife in Switzerland?