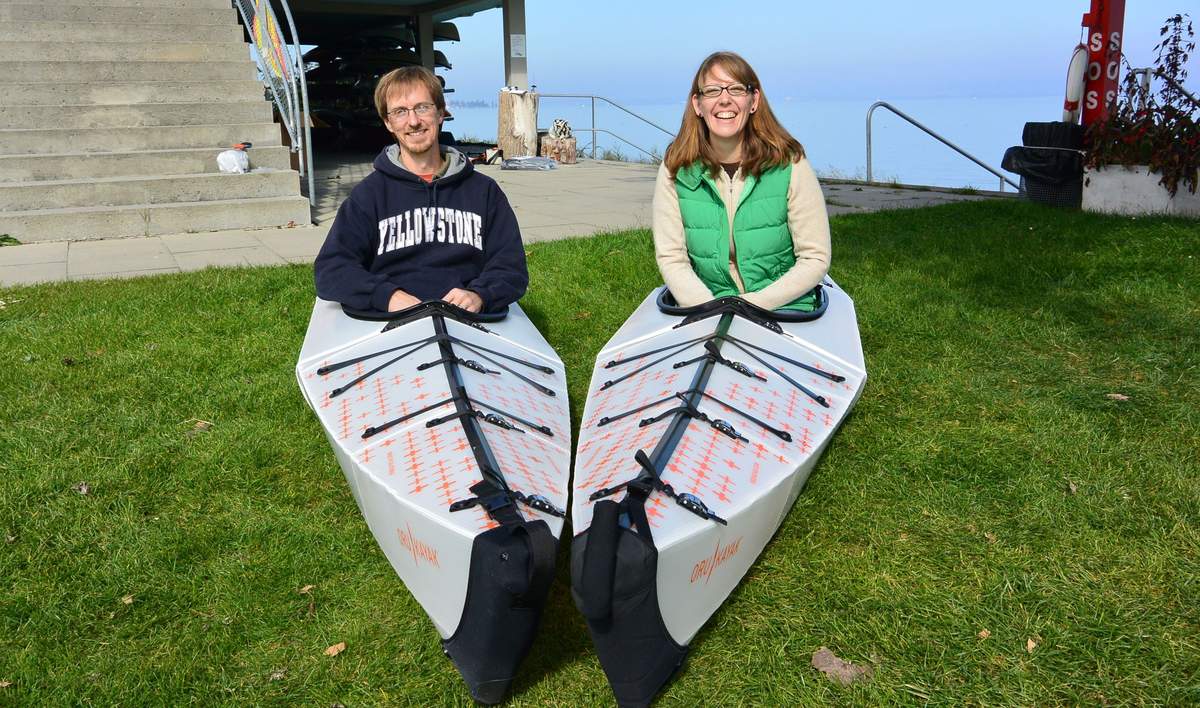 One year, three months, and 21 days ago, I watched with a heavy heart as my beautiful blue Dagger Blackwater kayak went home with a new owner. Completely taken aback by how emotional I was to part with it, I wondered when during our nine years of adventures together it surpassed being a passing fancy. An immutable love of kayaking had quietly taken root. Not knowing if we’d be able to have kayaks in Switzerland, my only comfort at the time was that the buyer and his little boy were both over-the-moon excited about all the future adventures they already had planned with their new blue Dagger Blackwater.

After getting the chance to demo an Oru back in August, any remaining reservations about buying them dissolved. But as the days passed in September, we anxiously stewed about them.

We were hesitant about buying Oru kayaks without knowing where we’ll be moving next.

If we move back to the States, we can get them online directly from Oru or REI where the US prices are lower and shipping is free. If we move to London, we can buy them at an Oru retailer near London; though the prices are higher than in Switzerland, it would save us having to move them in a few weeks.

It seemed completely impractical to drop a big chunk of money on something so non essential when we’re both unemployed and should be saving every penny.

But you know what? Life’s short.

We don’t have student loans, car payments, or credit card debt. We’re pretty frugal with our budget. Even though we travel a lot, we prioritize setting money set aside for our next relocation.

Despite all the uncertainty in our lives, it finally got to the point we just couldn’t be without kayaks anymore.

It’s such a doozy of a gift, too, that I’m hoping it gets me off the hook for any additional “It’s my birthday month!” requests Trav might throw out.

Typically we have a tradition where the birthday month is sacrosanct. If the birthday person doesn’t feel like washing the dishes, cooking his own breakfast, or cleaning up after the dog, the non-birthday person is obligated to step up to the task – cheerfully – for the entire month.

So when the coffee finishes percolating and Travis is staring wistfully toward the stove, I quickly reassure him: “No, no…..don’t get up! I’ll take care of it.” Eventually he’ll probably decide he doesn’t feel like brushing his own teeth.

For now, though, the Oru far exceeds any birthday month wish he could invoke.

Unbeknownst to them, the final push that we needed to finally take the plunge in buying Oru kayaks ended up coming from Beat and Michaela, the lovely owners of Kanuschule Bodensee, This is the paddle shop in Arbon, Switzerland where we decided to buy our Orus.

They’re currently the only retailer in Switzerland that sells Oru kayaks and one of the few in Europe.

After meeting them, we both wanted to buy from them. They impressed us immediately with their friendliness, knowledge about paddling, honesty when recommending gear, and enthusiasm for kayaking – particularly the Orus. In addition to other boats, they personally own Orus, have used them paddling in various countries and conditions, and thoroughly enjoy their kayaks.

After meeting them in August, we exchanged a series of emails regarding prices and gear, and they sent a list of 4 package-deal options.

These included either the Oru Bay or Oru Bay+ boats and their recommended Epic paddles or the Oru 4-piece paddles. Even though the Oru paddles conveniently break down into four pieces rather than the standard two, we opted not to get them because of their excessive weight.

To top off their excellent customer service, they offered us a nice discount on the package deal, closing the gap considerably between what we would have paid for the kayaks in the States.

If you’re thinking of buying a kayak and you need something easy to store and transport, you should consider an Oru. If you’re anywhere in Europe, we recommend Kanuschule Bodensee.

For those in Europe, we highly recommend buying directly from Kanuschule Bodensee in Switzerland.