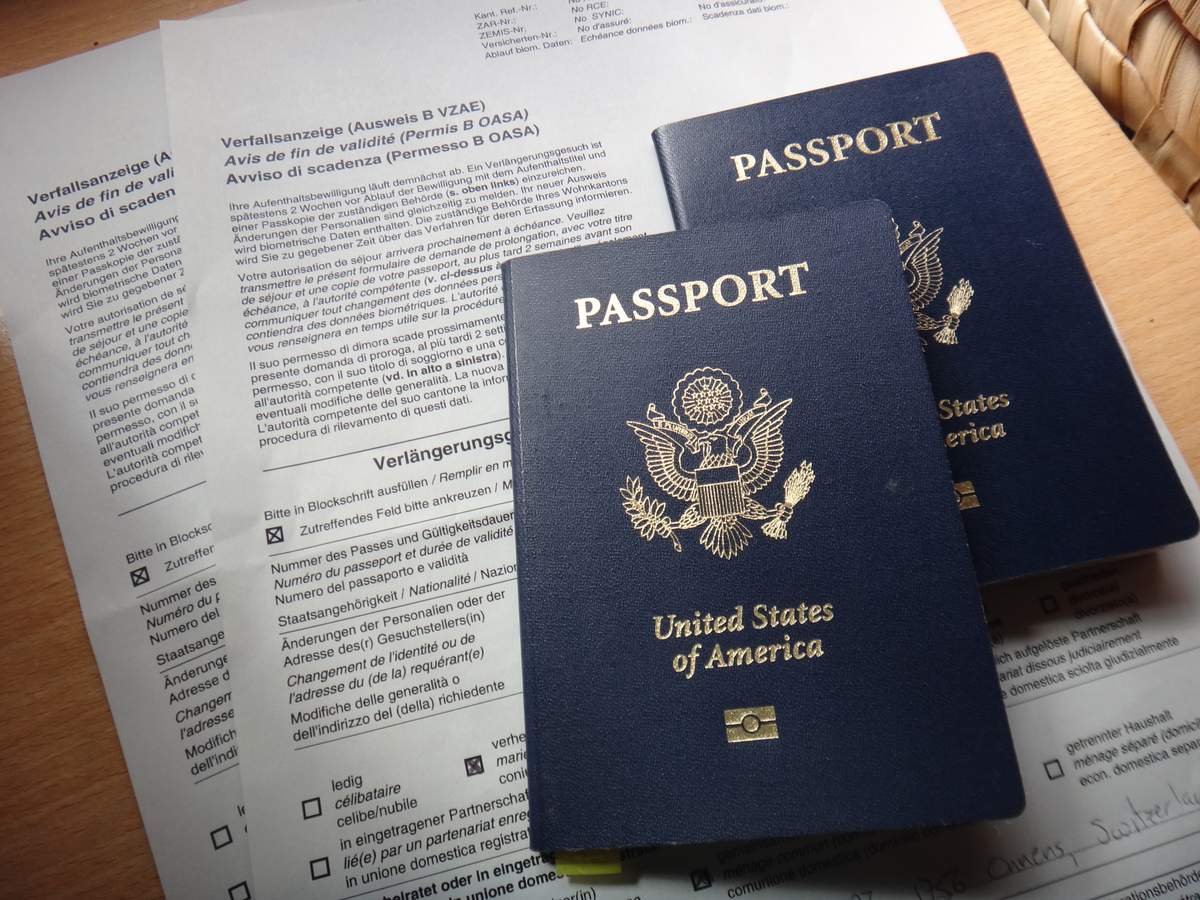 Switzerland Gives Us The Boot

Ok, Switzerland isn’t really giving us the boot – at least not for another week. As of today, we have seven days remaining on our Swiss residency permits before even our extended permits expire. After that, the local authorities will have the legal right to kick us out of the country, or so we’ve been warned.

So much for our “BFF” status, Switzerland. You could have at least given us the ol’, “It’s not you, it’s me” line.

It seems that our rather complicated residency status just keeps getting more confusing.

But first, for those who don’t know the story about us – Carrie and Travis, we sold our belongings, quit our jobs, rented our house in Oregon, and moved half way around the world with two cats and a dog – all for a job for Travis in Switzerland. Then six months into the contract, the employer suddenly couldn’t afford Travis after all, leaving Two Small “Unemployed” Potatoes quite high and dry in Europe.

After some heavy discussions and hasty job hunting in Europe, we flew to London for a job interview, then drove to Germany for a job interview in Goettingen. While we’re not sure yet whether Travis will be offered either of those jobs or where we might be moving next, it’s certain that our time in Switzerland as residents is coming to a screeching halt, and soon.

When they expired at the end of July 2015, Trav’s employer submitted a request to the local immigration office for him to receive a two month extension for the months of August and September. Mine would presumably be approved with his as his spouse.  This would allow Travis time to apply for unemployment in Switzerland, which he did, to continue working at 20% for his employer, which he’s been doing, and for him to line up another job, which he’s still trying to do.

Weeks ago, Travis followed up with his employer and with the immigration office to confirm that all necessary paperwork had been submitted for our extension. He was informed that there shouldn’t be a problem getting approval.

Since August 1st, we’ve been waiting for our new Swiss residency cards to arrive in the mail.

We’ve continued to travel to surrounding countries with only minor issues, mostly because we travel with our US passports, which are typically sufficient documentation.

The Customs officials when we flew to London, however, seemed quite perplexed by the confusing trail of visas and travel stamps in our passports. After explaining the situation, they passed us through with pained expressions. They likely could have held us for not having proper documentation if they had wanted to deal with the headache.

Finally, after seven weeks of traveling without the correct documents, our new residency permits arrived in the mail. Unfortunately, because it’s already September and the permits are for just a 2-month extension, they’re valid for one more week. For that, we owe 204 CHF!

It’s a bummer that they couldn’t pro-rate the cost since they’re not only not valid for a whole year, but it took them seven weeks to get them to us.

One final confusion is that we think we can remain in Switzerland past September 30th as tourists, though we’re not sure.

Trav’s job officially ends at the end of September, which means he’ll no longer qualify for unemployment.  If we remain for a week or two to pack and still try to figure out where we’ll go next, we’d be here as non-residents.  The rules around that are rather murky to us, though we believe that since we left the Schengen to visit Romania and for Trav’s job interview in London, that our 90-day tourist clock started ticking with the most recent travel to a non-Schengen country.

We could be wrong though.

For those wondering what the heck Schengen is (I’d never heard of it before we moved to Europe), it’s an area made up of 26 European countries that have signed agreements opening their borders to each other to allow more free and efficient inter-country travel. The problem is that not all EU countries are Schengen (ie, the UK) and not all countries that adhere to the Schengen Agreement belong to the EU (ie, Switzerland).

Theoretically, we should be able to travel without passports between Schengen countries, yet we were stopped returning to Switzerland from Austria. Officials requested our documents, and we were reprimanded by a border guard because our B permits were expired.

We really never know when we’ll be stopped or by whom.

For now, the waiting game continues, but with valid Swiss residency permits firmly in hand, all we can do is hope that Switzerland won’t really give us the figurative boot a week from now.

Leaving the country and wondering how to deregister in Switzerland?

Especially for Americans who don’t have to register and deregister when relocating in the US, the process of deregistration in Switzerland

is a foreign concept. We’ll fill you in on the rather straight-forward process, based on our personal experience.