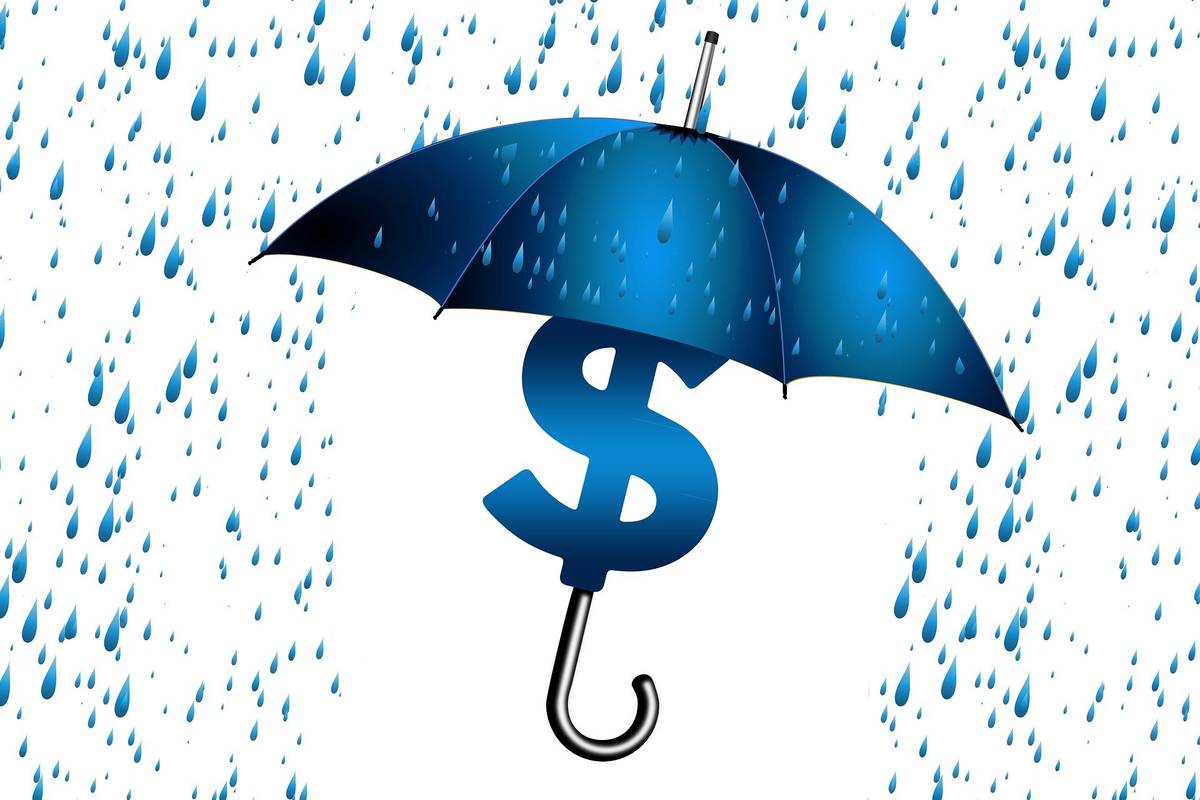 Quick and Easy Guide for Getting Car Insurance in Switzerland

Expat Life in Switzerland
January 15, 2015 0
*This site contains affiliate links. If you purchase through these links, we may receive a small commission at no extra cost to you. 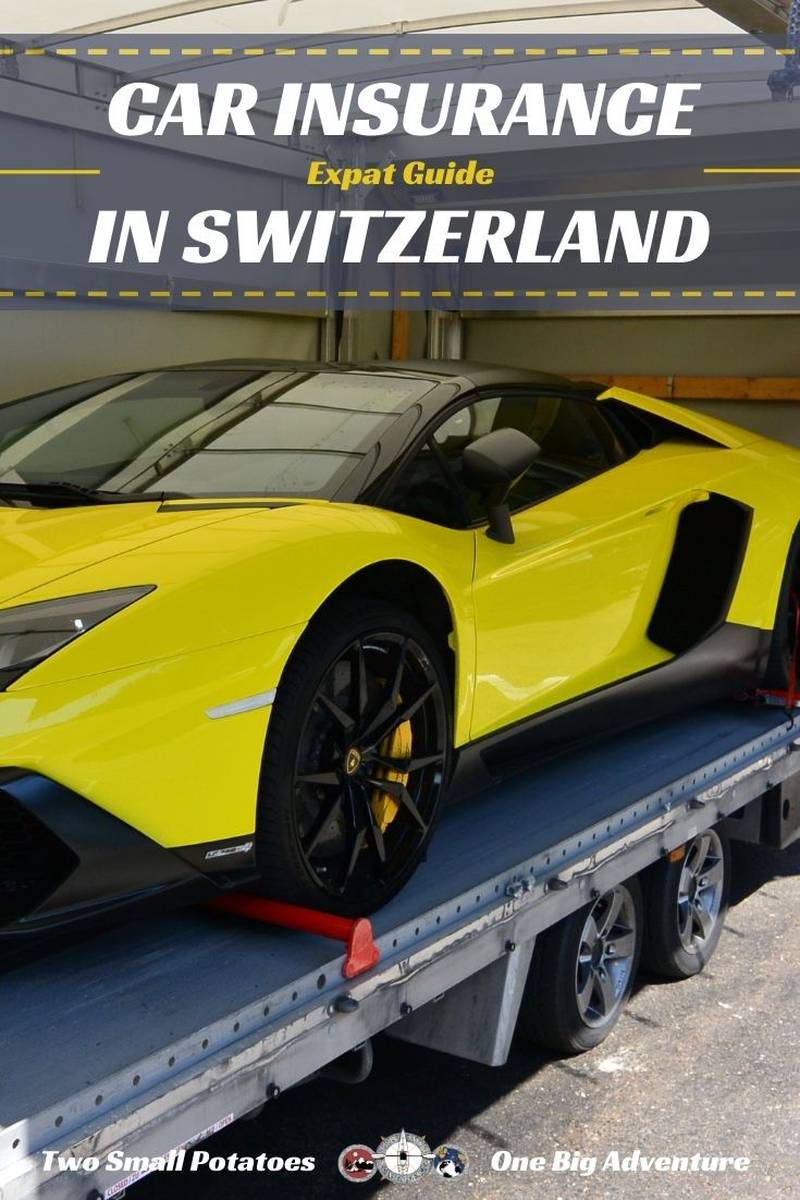 We now have car insurance in Switzerland! We can tick off another task from our seemingly endless to-do list as new expats in Europe.

Benjamin, our insurance agent from Helvetia, made a house call to finalize insurance paperwork for the new, used VW we just bought. During the two-hour appointment at our house, he thoroughly explained how Swiss car insurance works, the rates, and what the options are for additional coverage. Before he left, we signed a policy for the next year with the expectation we’ll receive a bill in the next few weeks.

Needless to say, even car insurance in Switzerland is quite different than in the States. Here we answer some basic questions about different types of coverage, costs, and how it differs from auto insurance in the USA.

Bought a car and now you need car insurance in Switzerland? Wondering where to even start? This quick guide with some insider tips will help. Click to Tweet

Car Insurance in the US

For starters, car insurance in Switzerland is really expensive.

Pretty much everything in Switzerland is expensive.

In the US, we paid about $65 per month for my 1999 Mazda Miata and Trav’s 1996 Toyota 4Runner. Both were covered by Liability and Collision insurance.

Over the seven or eight years we had both vehicles, the cost of our insurance changed very little, despite living in different states.

We both have clean driving records, a multiple car discount, and in Oregon, we had an additional discount for having our home insurance on the same policy.

Because the Miata was terrible in the snow and heavy rain, we dropped the insurance during the winter months and garaged it to save money. Still, our average annual premiums to have them both fully covered year-round cost us about $625.

In Switzerland, the base rate for new drivers is really high in comparison, but rates drop drastically the longer you’ve been driving, particularly if you haven’t had accidents.

For example, the base rate of the car insurance estimate for our new VW based on the following info,

That’s a lot of money, folks. At least to us.

As of this writing, the Swiss franc and US dollar are roughly equivalent.

However, a discount is applied for every year someone drives after getting their license.

Benjamin drew a chart showing rates dropping by as much as 10% per year every year until they “bottom out” at 35% of the original rate.

Since both of us have had our driver’s licenses for over 15 years and have never had any kind of accident, this discount was applied, bringing our base insurance down to 477 CHF per year.

Hallelujah, Switzerland! And thank you!

Not only that, but you’re allowed one accident per year without having it increase your insurance rates. The “year” for this runs from September 1st through August 31st, so if you have an accident on August 25th and another one on September 5th, your rates still won’t go up.

Compared to the US, Switzerland offers better discounts for experienced drivers, is slower to increase rates after an accident, and has a better system in place to minimize uninsured drivers.

Even though car insurance is mandatory in most US states, driving without it is easy to get away with, so accidents with uninsured drivers are common.

This phenomenon in Switzerland is rare, in large part because you can’t even get license plates for your car until you provide proof of insurance to the registration office. If you provide “proof” but don’t follow through with the insurance company, they simply report you to the police, who then track down your vehicle. You can guess how things go from there.

Before you decide to move to Switzerland just for cheaper car insurance rates though, consider this. 477 CHF might sound great, and it is, but this is just the minimum car insurance coverage mandated by Swiss law. Referred to as responsabilité civile, this is Liability that covers damage and bodily injury if a third party is involved.

So should you get Comprehensive insurance in Switzerland?

Well, it depends. We declined it, but you should ask your insurance agent for estimates for both Comprehensive coverage and Liability. You’ll have to decide if the extra cost is worth it.

Our agent ran down the numbers for us and advised against it. It’s simply not cost effective for most drivers unless the car has very high value or is less than 5 years old.

Because we paid cash for the VW and now own it outright, it’s not mandatory for us to carry Comprehensive. If we had leased the car or taken out a loan, we might have been obligated to have it. The higher cost of Comprehensive insurance meant that in less than six months, we’d pay more in insurance premiums than the purchase price of VW.

What are some common add-ons you might want to consider?

Especially if you turn down Comprehensive insurance, you might want to consider a few cheaper add-ons for peace of mind. These include partial coverage, something called faute grave, and your good ol’ roadside assistance.

Instead, it covers your typical acts of God and the occasional damage by fouine, or weasel. These adorable little buggers apparently love life in Switzerland, where they tend to nest in cars, often chewing things that ought not be chewed.

In fact, we’re pretty sure a small family made themselves at home in our attic last summer, thumping from one end of the house to another in the wee hours of the morning. It just made sense they’d find their way into our car at some point, so we opted to add partial coverage.

With our good driving records, our discounted cost was 197 CHF per year, or just over 16 francs per month.

Without any discounts, the base rate for partial coverage is 329 CHF per year.

Also, did we mention there’s no deductible for partial coverage? There isn’t!

Benjamin asked us if we’d heard about the new driving law in Switzerland with reference to committing a faute grave, or serious offense.

This insurance add-on protects you in the event you’re committing a “serious offense,” which could be speeding excessively or committing a traffic infraction, and it leads to an accident.

While we weren’t planning on leading the Swiss po-po on any high speed chases, we figured this coverage might be wise for us to have since we still haven’t quite figured out the rules of the double round-abouts here and will be driving all over Europe.

One final insurance rider we added was for roadside assistance, which we’ve never bought before.

Because it was cheaper to add roadside assistance to our renter’s insurance than to our car insurance, Benjamin actually added the 60 CHF per year add-on to that instead.

Now if we break down in Rome at 6 in the evening, we have 24-hour assistance for a tow to a garage (even back to Switzerland if necessary), a hotel, a rental car, and an interpreter if we need it. Just about whatever it takes to get our car fixed and get us home safely.

Pretty sure AAA can’t top this, and certainly not for 60 bucks a year.

How much can you expect to pay for car insurance per year?

We definitely can’t tell you exactly how much you’ll end up owing, but we can give you an idea just based on our scenario.

After tallying it all up, our total annual car insurance will be about 740 CHF. That amount includes additional taxes and a mandatory fee to cover the few uninsured drivers in Switzerland, which for us is only 3.60 CHF per year.

Without the discounts, the cost would have been about 1,715 CHF for the year.

Keep in mind that this annual amount is for two adults with clean driving records and a long history of driving. If you’re insuring more family members, have a teen driver, or have any accidents on your record, assume the price will be considerably higher.

Insider Tip: If you have multiple members on your car insurance policy, ask your agent if it’s cheaper to insure you or a different adult in your household as the primary on the policy. Benjamin was very clear that it would be much cheaper for us to list Travis as the primary because women in general pay more for car insurance in Switzerland. Younger drivers usually pay more, so listing an older, male driver will likely save you money.

If your estimate is high, shop around!

It can be hard to tell if your estimate seems high when you’re new to Switzerland and any estimate you get will likely be higher than what you were paying in your home country.

That said, not only is it widely known that foreigners pay more for car insurance than Swiss drivers, but prices vary a lot among insurance companies. Don’t be afraid to shop around and get several quotes before you decide on one that feels right.

This can be daunting when you’re a new expat, but it’ll be worth it in the long run.

And now to enjoy peace of mind.

We now have medical insurance, accident insurance, renter’s insurance, and car insurance – all of which are mandatory in Switzerland.

Though it all tends to be expensive and was a bit of a process to get straightened out, I have to admit being so heavily insured brings a rare peace of mind.

I feel like we’re living under a white, puffy cloud with its own magical rainbow.

No matter what happens, we’re pretty much inVINcible!

Now that you have a car and insurance, you’re ready for some fun adventures in Switzerland!

Take a minute to PIN it!
3 shares