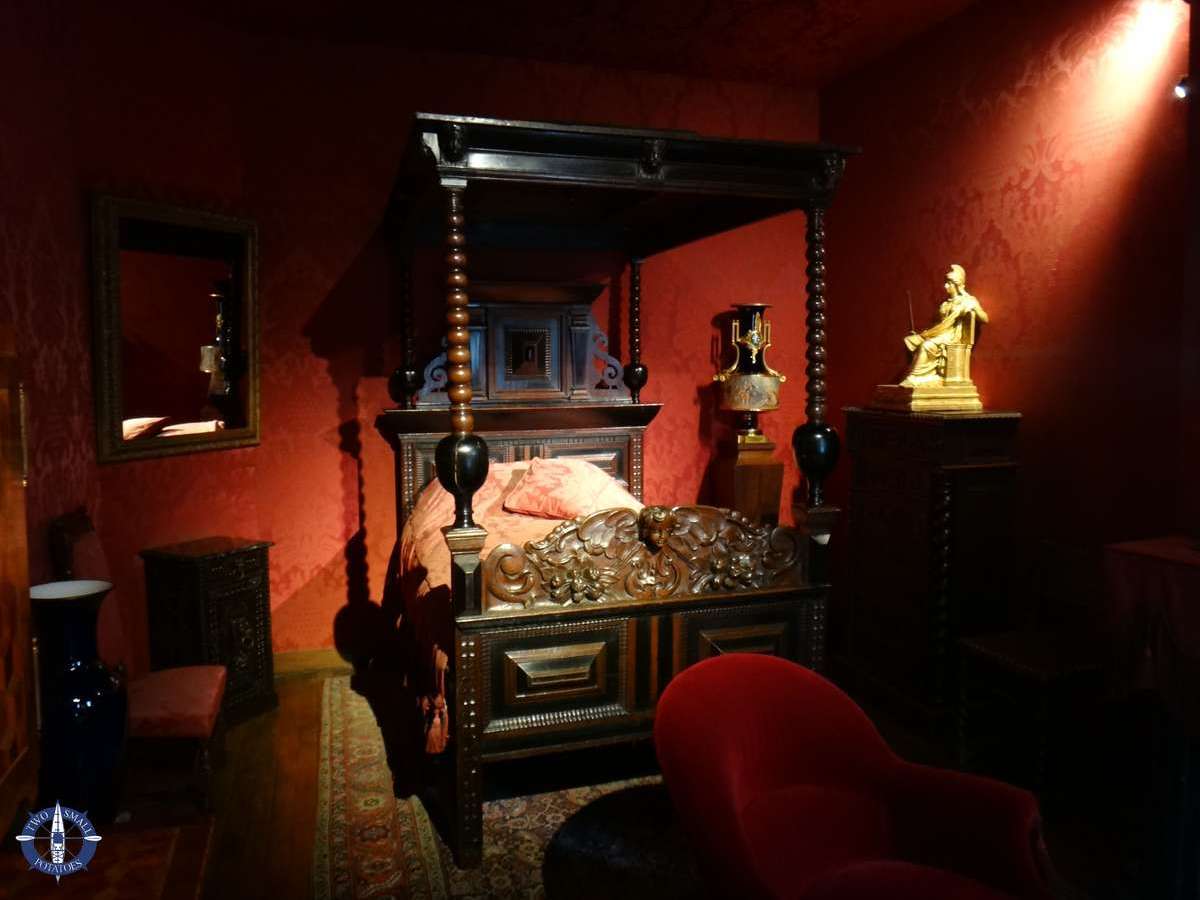 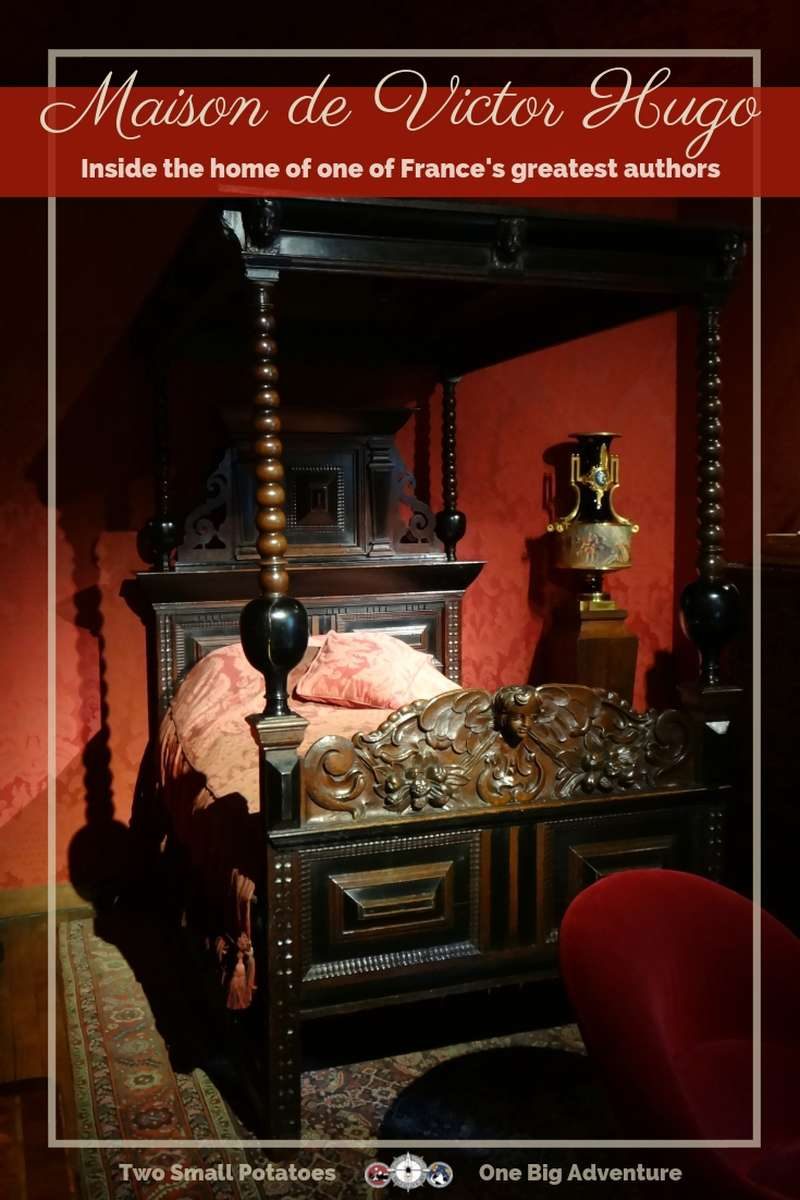 Victor Hugo is one of the greatest French authors of all time. Born in 1802, the poet and novelist is best known for having penned The Hunchback of Notre-Dame and Les Misérables. Fans of the legendary author will be excited to know that the home where he lived in Paris for 16 years is now a museum open to visitors.  It’s known simply as the Maison de Victor Hugo – “Home of Victor Hugo.”

Victor Hugo finished Les Misérables, which was his masterpiece, in 1862. Originally written in French, the novel broke records with its impressive length: about 1900 pages in French and 1500 in English.

Immediately popular, it was later adapted for Broadway and remains one of the most beloved musicals of all time. Hollywood released a movie starring Hugh Jackman and Anne Hathaway in 2012, and numerous abridged books are available.

Are you a fan of Victor Hugo, the greatest French author of all time? If so, then don't miss a tour of his home in Paris - the Maison de Victor Hugo. Click to Tweet

Where is the Maison de Victor Hugo?

The official address of the Maison de Victor Hugo is 6 Place des Vosges in Paris.

The home is one of many apartments set in a quadrant of buildings surrounding the Place des Vosges, a park in an upscale area of Paris.

The park is popular with locals and tourists alike. On a sunny day, it’s a beautiful place to stop for a picnic lunch on a park bench or just soak up the history of the surroundings.

Inside Victor Hugo’s Home in Paris

Hugo moved into the building on 6 Place des Vosges, which had long been known as the Hôtel de Rohan-Guémén, in 1832. An interesting man with a tumultuous life, the author always considered France his home, even while he was later in exile.

Accompanying him was his young bride, Adele Foucher.

Before you exhale a romantic, “Ahhhhh” though, know that shortly thereafter, Hugo met Juliette Drouet. She was a French actress who would become his faithful mistress for decades.

Over the years, she jealously watched while he had countless affairs; she even followed him faithfully into exile to the Channel Islands, where Hugo lived from 1852 to 1870.

Despite his infidelity, Hugo dedicated himself to the new home with his wife. He loved interior design, slowly creating a space of comfort and beauty for he and Adele.

A sprawling space with multiple rooms, the Maison de Victor Hugo was quickly filled with art: paintings done by friends and by Hugo himself, as well as furniture he found and redesigned in a style exactly to his liking.

Hugo had a knack for finding old furniture and creating new pieces with a distinctively Gothic style, as is the case with the pieces in the dining room.

The smallest room in the sumptuous home is Hugo’s bedroom.

In it, the same 4-poster bed where he succumbed to pneumonia in 1885 stands against the wall in a single beam of light. Though he’d been living at 130 Avenue d’Eylau in Paris for several years at the time of his death, Hugo’s entire bedroom, along with other memorabilia, was relocated to the Maison de Victor Hugo to create the museum.

I’ve admired Victor Hugo for so long that I can’t remember a time when I couldn’t conjure up the image of his distinguished, grey-bearded face.

As a teenager, a poorly translated copy of Les Misérables was enough to make a permanent impression. In my twenties, my brother-in-law recorded a copy of his CD of the original Broadway musical onto several cassette tapes for me. For weeks as soon as I finished playing all three tapes, I’d start again at the beginning.

Then a few years ago, my husband gave me a superb unabridged version of Les Mis as a gift, and I became completely and reverently smitten with Victor Hugo. Branching out to see if he was perhaps a one-hit wonder, I read Toilers of the Sea. Another masterpiece!

As a teen, I never imagined I’d one day travel to Paris, visit his tomb beneath the Panthéon, or see the home where he lived and loved in Paris.

I would hardly profess to be Victor Hugo’s greatest fan. I can’t recite vociferous quotes from his novels, and I’ve never read a single poem of his. But wandering the same streets that he last walked 137 years ago, visiting places like the Bastille, seeing the intimate quarters – the very same desk! – where he wrote the novel to end all novels – well, that’s just not the kind of thing most folks have the opportunity to do every day.

Now that my little tryst with all things Victor Hugo has ended in Paris, I suppose that seeing Les Misérables performed on Broadway would be the ultimate finale for my obsession. More likely it would further fuel the fires of fascination that burn ever so brightly for my literary idol.

Take a minute to PIN it!