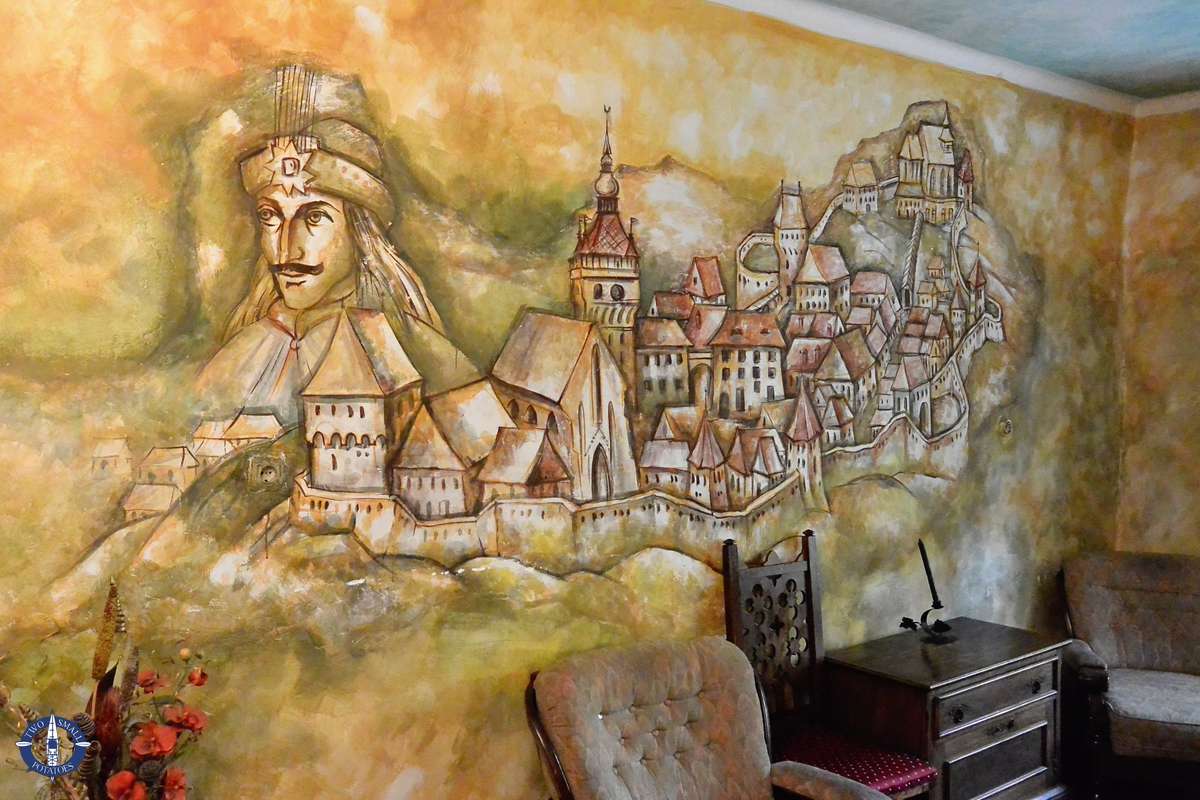 Romania
August 19, 2015 0
*This site contains affiliate links. If you purchase through these links, we may receive a small commission at no extra cost to you. 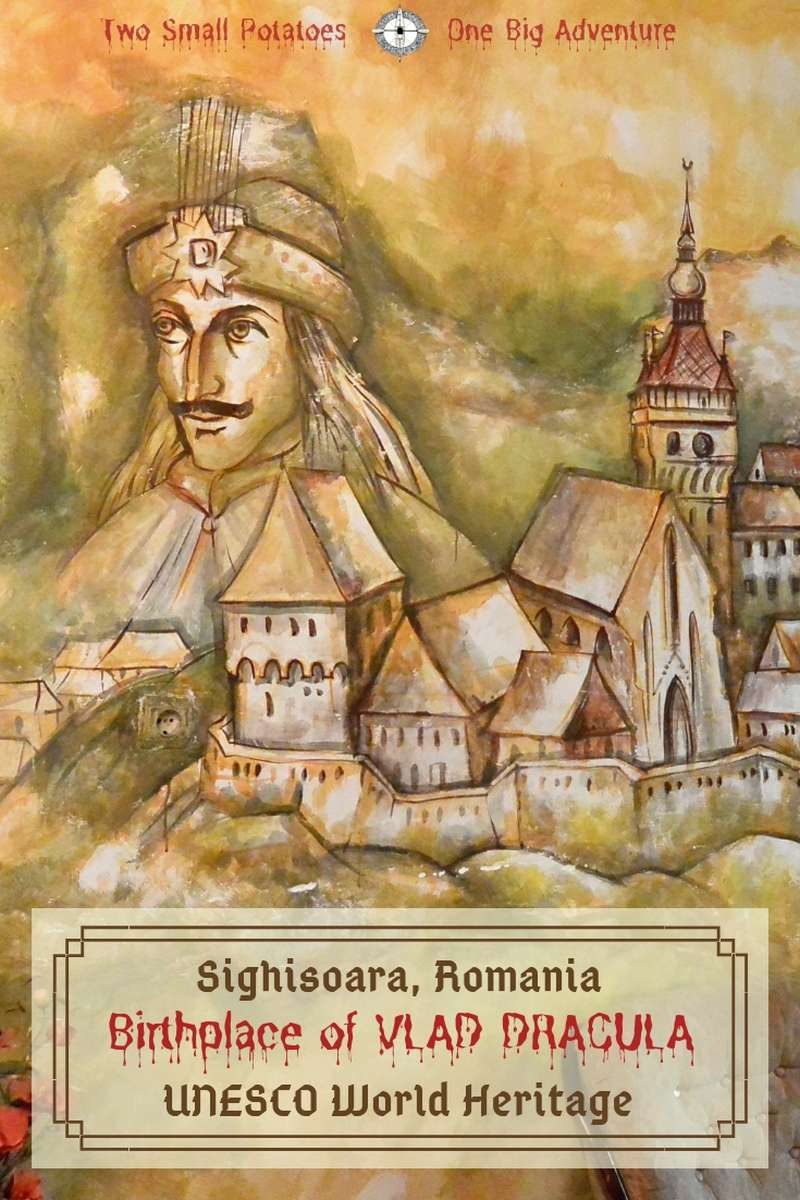 The village of Sighișoara (See gee shwahr ah) in Transylvania, Romania is possibly most well-known as the birthplace of Vlad Dracula, but this charming town is so much more! Originally a Roman fort, the town was colonized by settlers of Germanic descent known as Transylvanian Saxons in the 12th century. At the request of the Hungarian king, the settlers built a walled hill-top citadel in Sighișoara to help defend the kingdom’s borders.The heavily fortified Sighișoara was one of seven such citadel towns built in Transylvania, which collectively became known as the Siebenbürgen, German for “seven fortresses.”

After WWI, Hungary’s borders were redrawn, uniting Transylvania with Romania. Transylvanian Saxons began emigrating from Transylvania during the Second World War. Most settled in Germany in an exodus that continued throughout the decades of Nicolae Ceaușescu’s Communist regime  from 1965 to 1989. Though few Saxons remain in Romania today, their influence in Sighișoara is still clearly visible in everything from signs written in German to the town’s history and architecture, much of which is well-preserved within the confines of the city’s medieval citadel. In part due to this remarkable preservation, Sighișoara has been a UNESCO World Heritage Site since 1999. Despite its popularity with tourists, the town of about 30,000 maintains its immense charm as a medieval citadel while still offering plenty for visitors to do in a day.

Don’t miss these 10 highlights if you have a day to explore Sighișoara!

Like most European towns – even small ones – Sighișoara has a handful of churches. In particular, two stand out.

The first is St. Joseph’s. Built in 1894 on the grounds of an old monastery, St. Joseph’s is a fairly modern Roman Catholic Church compared to the other historic churches and buildings in town.

The interior is a bit plain, but the wooden ceiling beams are rather interesting, and it’s a pretty little church. Music aficionados might want to take a peak at the organ, which dates from 1908 and was designed by Karl Einschenk.

Over the centuries, a total of 14 guard towers were built within the citadel. Nine remain.

Used for storing ammunition and food and at times even serving as living quarters, some of the towers still show signs of recent sieges.

Of the nine remaining towers, Cobbler’s Tower is one of the most picturesque. Surrounded by creeping vines and leafy trees, the tower appears to be returning to nature.

Resembling a Hobbit House more than a medieval watch tower, the Ropemakers’ Tower is now home of the groundskeeper of the nearby “Church on the Hill.”

Built in 1642, the Scholars’ Stairs provided a covered passage for students walking from home to their school at the top of the hill. Townsfolk attending services at the Church on the Hill also used the stairs.

Locals still use the passageway, but now the stairs are also a popular tourist attraction.

The oldest known school of higher education in Sighișoara, Schola maioris has stood at its present location since 1619 when it was moved there to accommodate more students.

Prior to that, records from the University of Vienna indicate that a number of its students reported studying first at the little school at a different location in Sighișoara as early as 1402. Students attended classes in Latin and learned the classics.

One of the more notable attractions in Sighișoara – the “Church on the Hill” – literally stands on top of a hill in town. Once a Roman basilica, it was later rebuilt as a Catholic church, then converted again in the 16th century to serve the Saxons as a Lutheran church.

Biserica din Deal is unique in Transylvania for its crypt beneath the main floor of the church. Several wooden caskets are visible entombed behind glass in the crypt.

A short path and large gate lead from the Church on the Hill directly into the wild, wooded Saxon Cemetery. The medieval cemetery is beautiful, with narrow paths winding among tombstones enveloped in green ivy. Some of the graves are as old as the 17th century.

Count Dracula, the fictional character from numerous books and movies, was actually based on a historical figure who lived over 500 years ago. Born as Vlad Țepeș, he was popularly known as both Vlad Dracula and Vlad the Impaler. The son of a Transylvanian ruler, he gained notoriety for his brutal method of impaling his enemies – sometimes entire conquered armies – along with innocent villagers captured in his conquests.

Marked by a black iron dragon, the house where Vlad Dracula was born in 1431 still stands in Sighișoara. Though he only actually lived in this until he was a few years old, his memory is still kept very much alive.

The lower floor of the building now operates as a restaurant – Restaurant Casa Vlad Dracul – which specializes in local, hearty fare. The upper floor is a weapons museum. Visitors can pay 5 lei to visit his ancient living quarters upstairs.

If you’re hungry after a day exploring town, we definitely recommend this place. We couldn’t resist the enticing smells wafting into the street when we passed by, and lunch at the restaurant ended up being one of the highlights of our day in town.

Though we assumed it would be pricey and packed with tourists, it was neither. Since we happened to pop in at an odd hour in the late afternoon, the place was nearly empty when we arrived. Not only did they allow us to dine with our dog, but for less than 10 bucks, we ordered Hungarian potatoes, mititei, and bean soup with smoked pork.

It was all delicious!

They didn’t even bat an eye when we asked for a “doggy bag” either, which isn’t a common practice in much of Europe. I swear it tasted even better as leftovers for dinner later that night.

The tower is one of the nine surviving towers of the original 14 in the fortress. It’s probably the most visited of the towers, and for good reason. The multi-colored roof tiles are stunning, particularly in the sun, and the tower houses the Museum of History.

Located in the Clock Tower since 1899, the Museum of History is worth a visit. The cost of the ticket is minimal, and it’s worth it to climb through the five floors of exhibits to the wooden overlook at the top. The outer balcony offers superb views over the red roofs of Sighișoara.

From the upper floor, you can also see the interior of the tower’s famous mechanical clock. It’s decorated with giant wooden figures that represent seven pagan gods.

Wandering the old cobble-stone streets of Sighișoara and simply soaking up its magic is a pleasure unto itself. Even if you hate museums, churches, and touristy areas, the town is sure to charm your pants right off!

Don’t miss Descending into the Turda Salt Mine or Driving the Transfăgărășan, Romania’s Raddest Road.

The purple pins mark our travel for day six; the blue line roughly follows the first half of our entire 11-day travel path and attractions we visited.