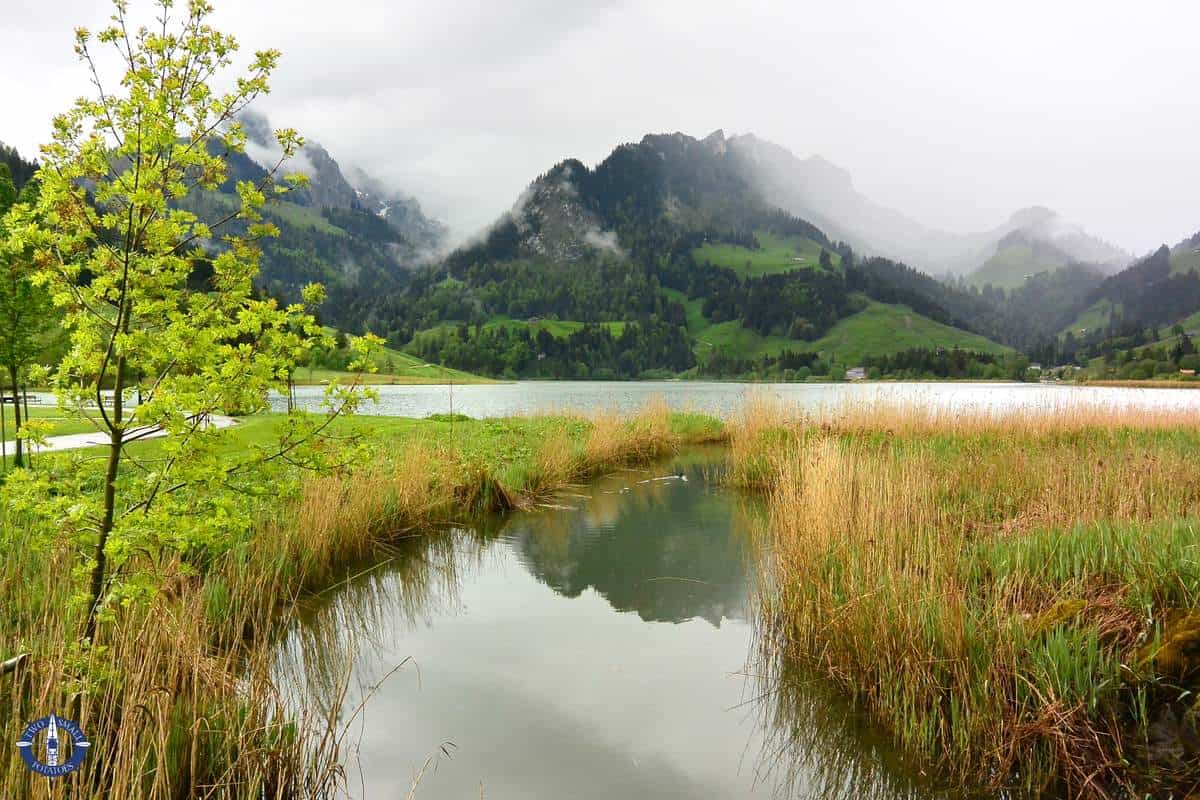 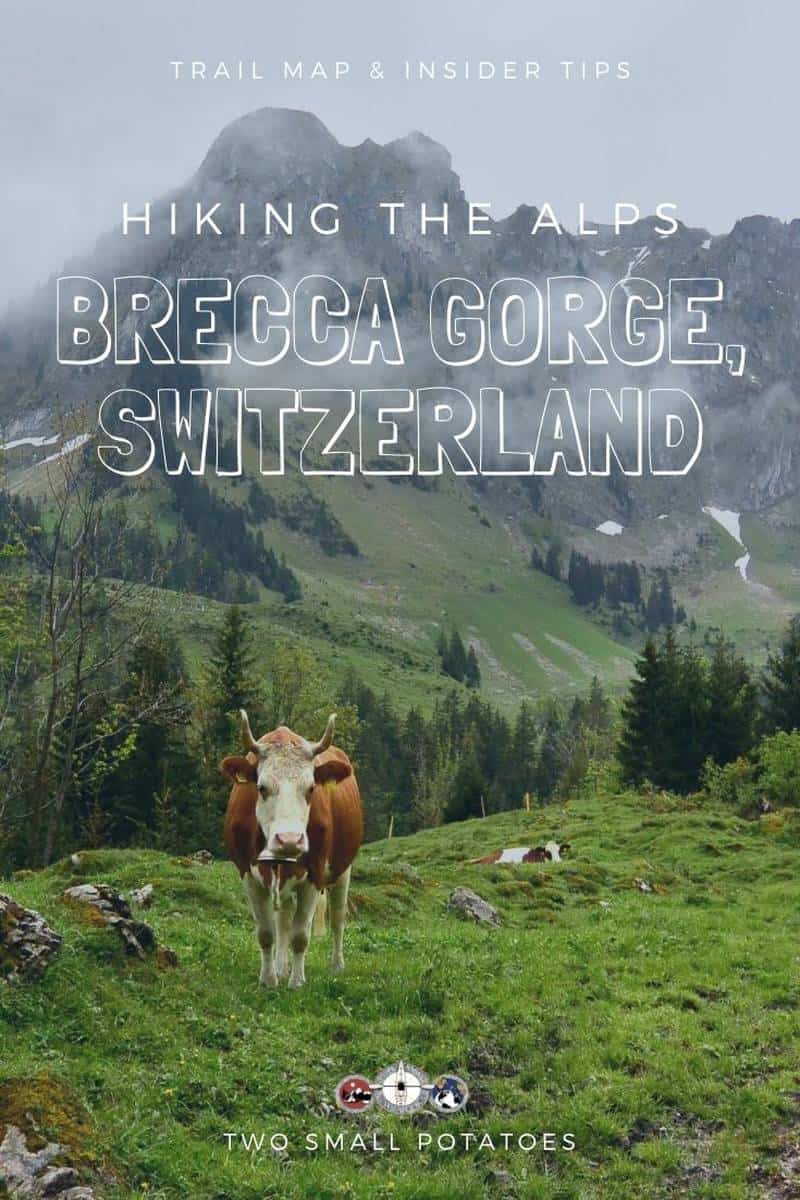 When it comes to alpine trekking and mountain scenery, Switzerland is pretty unbeatable. One of the most stunningly beautiful treks in Europe is hiking Brecca Gorge, a valley in the Alps that was gouged out by glaciers thousands of years ago. Despite its beauty and accessibility, the area tends to fly a bit under the radar with tourists who instead flock to places like Zermatt and the Valais. That’s a huge bonus for those like us who prefer a more solitary outdoor experience. It’s definitely one of my all-time favorite hikes, one I can’t recommend enough.

Hiking Brecca Gorge is one of the most beautiful treks in Europe. Check out our handy travel guide for all you need to know before you visit. Click to Tweet

Sadly, this is one hike Travis missed out on. While he slaved away at work, I headed to the mountains with our dog, Touille, and a couple of friends – Dorota and her mom, Ula. Dorota is a Polish friend we met while living in Switzerland, and I’d met her mom during a road trip with friends to Poland. They showed me around their home town, then we all spent a fun day in her mom’s studio making pottery in Pruszowice.

It was Dorota who suggested we hike Brecca Gorge while her mom was visiting Switzerland. This was actually my second trip to the area since Travis and I had visited for a moonlight snowshoeing trip the previous winter, but I was pretty excited to see it in the summer during the day.

The easiest way to find the trail-head to Brecca Gorge is to navigate to Schwarzsee in the canton of Fribourg. By car, it’s about two hours northeast of Geneva, an hour south of Bern. It’s possible to take public transportation – a train and then a bus – to the lake, but it will take nearly twice as long. A car is the easiest way to get there.

Just to clarify, this is not the same Schwarzsee lake that’s above the town of Zermatt in Switzerland. 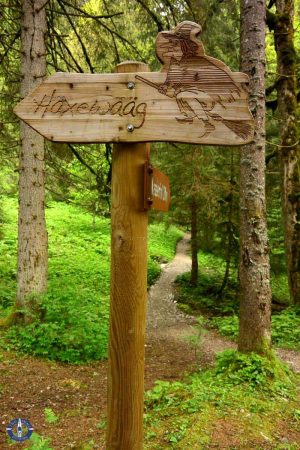 Parking is available in a public lot right next to Schwarzsee, the lake. Make sure to bring a few euros to drop in the parking meter since it’s not free.

Even if you’re visiting during the summer months, be prepared for rain or even snow.  The weather in the Swiss Alps changes quickly, so wear layers and bring a rain jacket.

The skies absolutely monsooned on us during the entire drive from Friboug to Schwarzsee, but luckily it slacked off to a pleasant drizzle by the time we reached the lake. With Touille bundled up in her rain slicker, we set off along the Häxewääg.

The Häxewääg is a wide, mostly flat trail that runs for 4 kilometers around the perimeter of the lake.

Though this section of the trail offers lovely views of the lake, I imagine it gets quite busy in the warm summer months. It’s wide, paved, and easily accessible from the road and parking area. It’s clearly designed for kids, with a playground, fire-breathing dragon, and several other way stations dotting the trail. If it’s crowded here though, don’t worry.  Just keep hiking and you’ll leave most everyone behind along this easy part of the trail.

Following the trail to the far side of the lake, we took a hard left and hiked uphill. As the clouds briefly parted, bathing the lake in golden sunlight, the color of the water changed abruptly from a peculiar opaque black to a warm greenish hue.

Local legend claims that a giant washed his feet in the lake, forever dirtying the water and lending it its impenetrable darkness, as well as its name – Black Lake.

Angling upward, you’ll quickly gain elevation as the trail narrows, only to widen again upon connecting with a gravel road providing local access to a network of alpine chalets.

The cows in the valley are free range and very curious. Don’t be surprised if they wander across the trail in front of you. They especially liked our little dog and seemed to want to play.

You’ll pass several alpine huts along the way, including Steinige Rippa and St. Antoni-Brecca. We hiked as far as Marbach-Brecca before stopping for a lunch break. Marbach-Brecca is a rustic little chalet with stellar views of the gorge.

During our hike, it was too early in the summer season for any of the chalets to be open, so we’d packed our own brown-bag lunches. We chatted comfortably and soaked in the sunshine.

Though it would have been nice to meet the owners of the hut or even splurge for a cup of coffee, I was grateful that it was still the off-season. Save for the three of us, our dog, and the occasional cow, we had the entire valley to ourselves.

Ten thousand years ago, massive glaciers carved out this valley, leaving a steep, narrow passage between the craggy cliffs. It’s a valley of the elements, of water and rock, with seemingly endless snow melt draining from the upper ridges in ribbons of silver and pale gray granite boulders littered about the valley floor like a child’s toys carelessly tossed and forgotten.

With energy still in our tanks, we continued hiking up the valley. Though I’ve still never been to Scotland, I imagine this must be how parts of it look, with light boulder fields scattered among lush green carpets of grass. 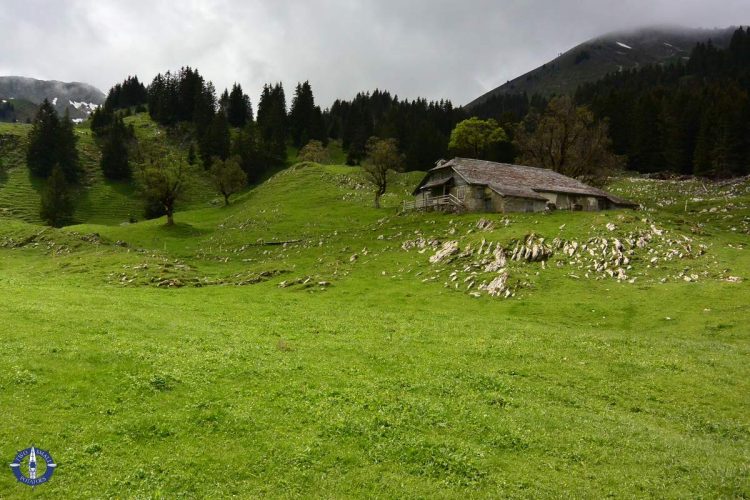 Topping a rise to Bremingard, another deserted mountain hut, I couldn’t help but feel like I was in a scene straight out of Lord of the Rings. Between the name – Bremingard – and the primeval surroundings, we may well have been marching on Helm’s Deep.

Just past Bremingard, the trail turns into little more than a cow path.

With the recent rains, my hiking boots quickly became slick with mud as I struggled to keep up with the other two. Though Dorota’s mom may have a few strands of silver hair, I have a feeling she could out-hike me any day!

If you’re lucky, you’ll catch a glimpse of some of the local wildlife: furry marmots, golden eagles, or even a herd of chamois. The wild goat-antelopes are native to these mountains.

Without warning, several chamois suddenly streaked down the hillside in front of us. We looked up and stood frozen, watching them glide across the rocky landscape in absolute silence. Seconds later, the entire herd gracefully melted into the fog above.

Not surprisingly, we made much better time on the downhill, eventually reconnecting with the intersection along the Häxewääg near the beginning of the hike.

Once you return to the southern edge of the lake, you can either hike back to the parking area the way you came along the eastern shore, or you can complete the loop hike around the lake along the adjacent shore. If you opt for the latter and aren’t feeling done in yet, don’t miss the easy 20-minute detour to Schwarzsee Falls before returning to your car. It’s only 30 meters tall, but the walk is easy and pretty and the falls picturesque.

For anyone looking for a day hike that’s incredibly scenic but not too difficult, I guarantee you’ll love hiking Brecca Gorge. If you do go, we hope you’ll report back and let us know! 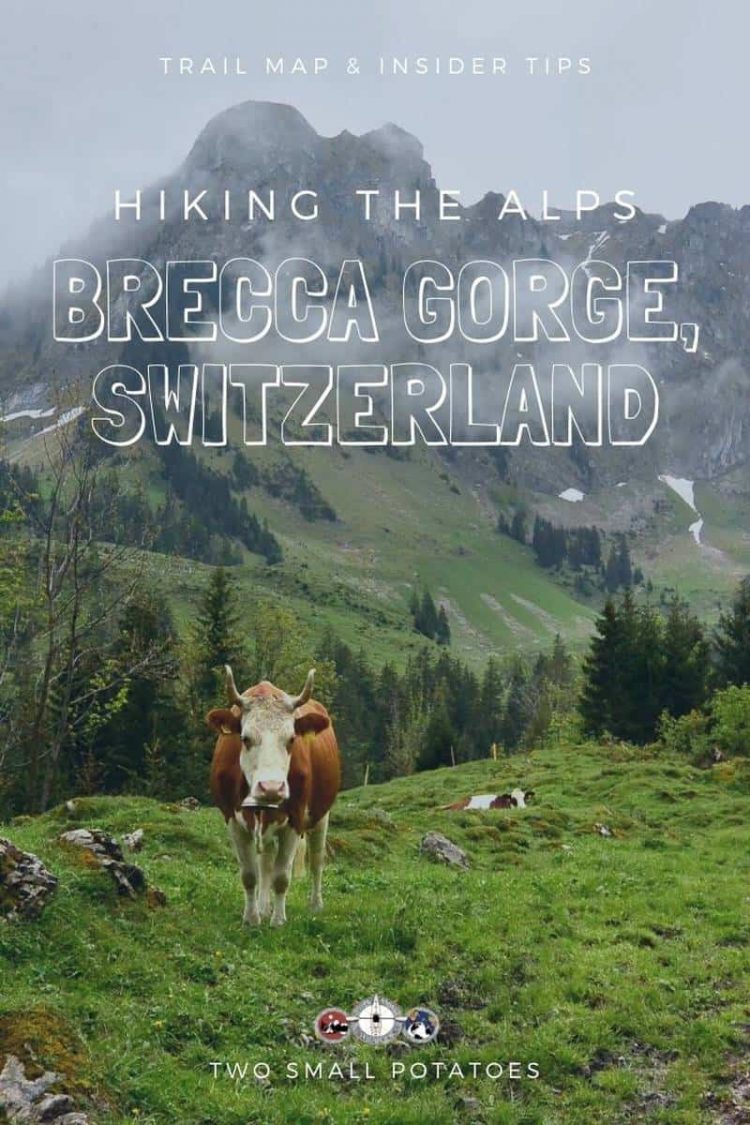 Know Before You Go
Map of Brecca Gorge Hike
26 shares