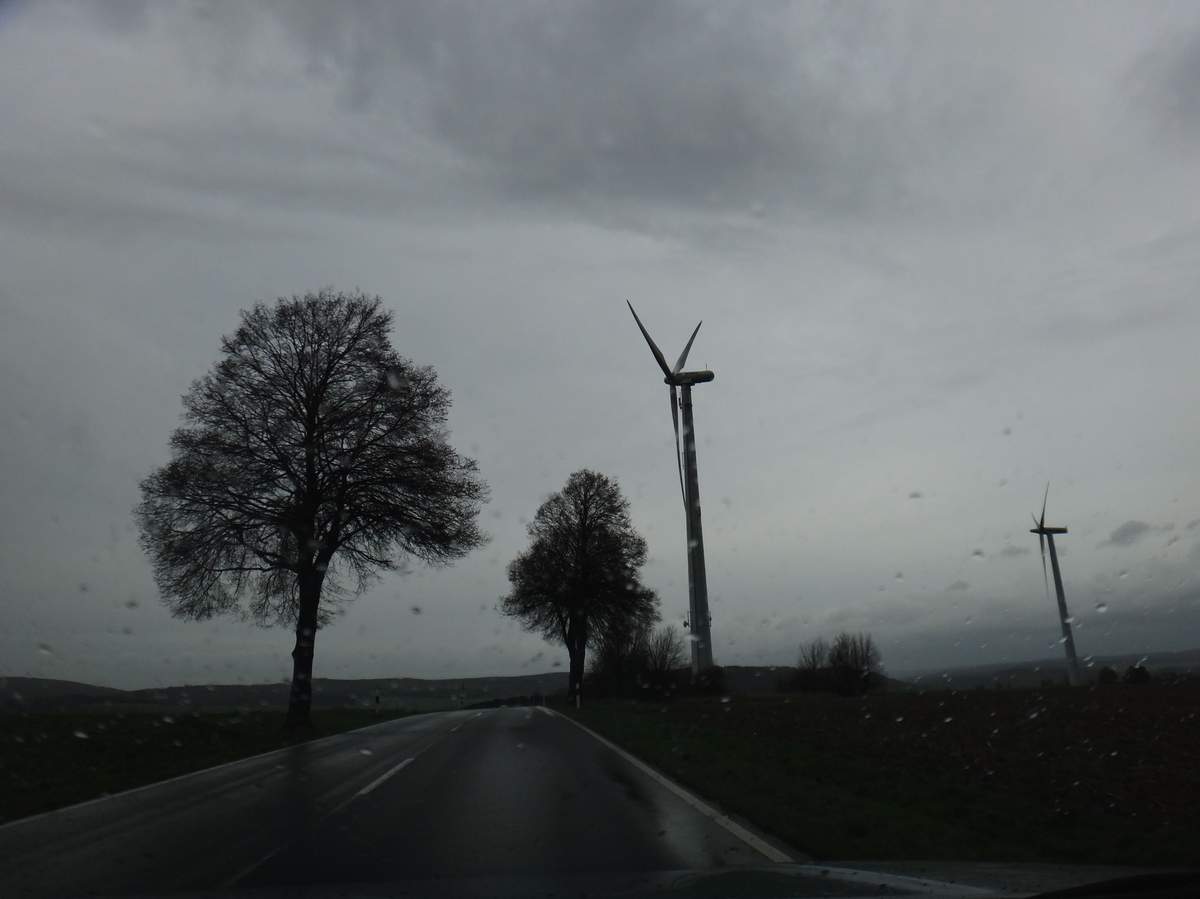 Sans housing, save the broccoli!

In the midst of our search for permanent housing in Göttingen, we had to vacate our temporary accommodations at the perfect Airbnb in Bühren.  We had already booked it for over two weeks, the full length of stay that the flat was available before other guests were scheduled to arrive.  So on the 19th, we rounded up all of our things from Kathelijne’s flat in Bühren, emptied the broccoli and other contents of the fridge into our cooler, and coaxed Tica out from under the couch, giving silent thanks to our host for her flexible check out time.  Turning in the keys, we asked if she’d consider renting the flat long-term since we liked it so much.  She thought about it, but with guest bookings already scheduled through future months, it wasn’t really an option.  Wishing us luck in our housing hunt, she gave us a couple of apartment listings she’d come across in the local paper.

It was after 1 pm when we finally pulled out of Kathelijne’s driveway, 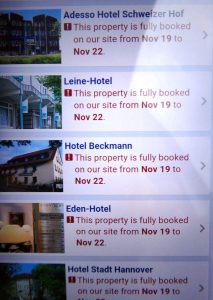 and we still didn’t have a place to stay that night.

We’d struck out on finding other pet-friendly Airbnbs nearby that would accept our dog and cat.  We’d exhausted our options for guest housing through MPI, the nearby University of Göttingen, and scores of guesthouses.  All were either full or wouldn’t accept pets.  An online search of hotels yielded pages of results showing no vacancies with rooms booked up by folks trying to get into permanent housing – folks in the same predicament as us.

Pulling over at a grocery store, Travis ran in for a sneaky snack while I called a single hotel, the Landgasthof Lindhorst (say that 10 times fast), that showed vacancies online.  When they didn’t speak English, that was the end of the call.

Sitting in the car – windows steamy – in some random parking lot in Germany as the skies opened up in a deluge, I was feeling pretty glum by the time Travis returned with our coffee drinks.

We sat and discussed our options, worrying about what to do with our fridge food if we went to a hotel with no fridge, knowing we’d have to spend more to eat out without a kitchen, and calculating how many days we could even afford to spend at a hotel that would likely charge over 100 euros a night.

Suddenly Travis announced he had a bright idea.

he immediately followed that up with,

but what if we bought one of those kettle thingys that they use to boil water – then we’d have boiled water.  We could put the broccoli in it and have – warm broccoli.

The look I shot Travis was not pretty, but mostly because I was at first too taken aback to speak, and then because I was laughing too hard to say anything.  While he clearly had not resolved where we would sleep that night, he had a rock-solid plan for what to do with the broccoli that was in our cooler in the event we found a place without a kitchen.

Never waste food: save the broccoli!

Feeling more optimistic, we decided to just drive to the Landgasthof Lindhorst to try to book a room since the hotel was in a nearby village.

Our plan to book a room in person also failed.  When we arrived, the front parking spaces were empty, and the door was locked.  Despite our pounding, nobody answered.  Accepting defeat, we left.

A short distance up the road, we pulled over again to let Touille run off some energy.

Checking his email from his phone, Travis followed up on two last-minute recommendations for guesthouses from the local tourism department.

Calling both guesthouses, Travis confirmed that one wouldn’t be available until the 22nd, but both would take pets.  Agonizing briefly, we then booked the other guesthouse for the three nights in the interim for a whoppin’ 115 euros per night.

Grateful we finally had a place to stay but unable to check in until 7 pm, we headed to Max Planck for Travis to get some work done.

While Tica patiently “held down the fort” in the car,  I hung out at MPI with Touille, continuing the housing search for a permanent apartment while waiting to go to our next temporary place to live.