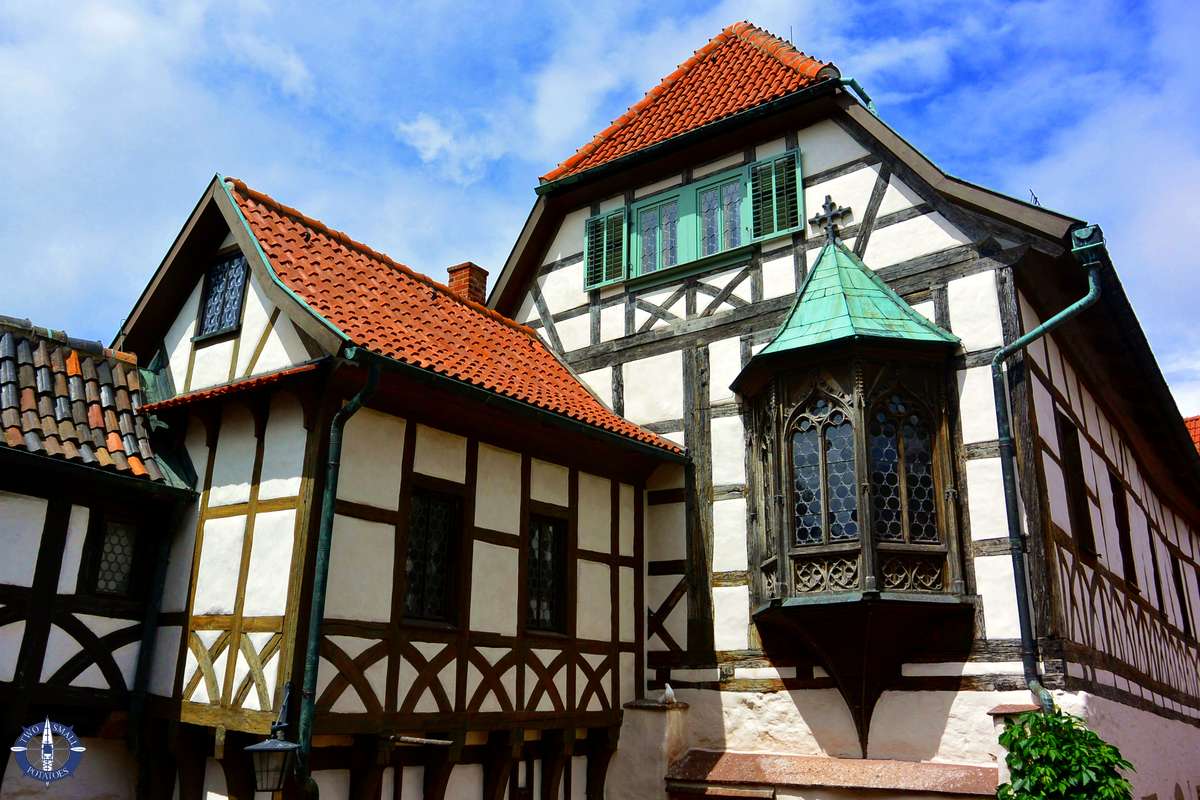 Queen for a Day at Wartburg Castle 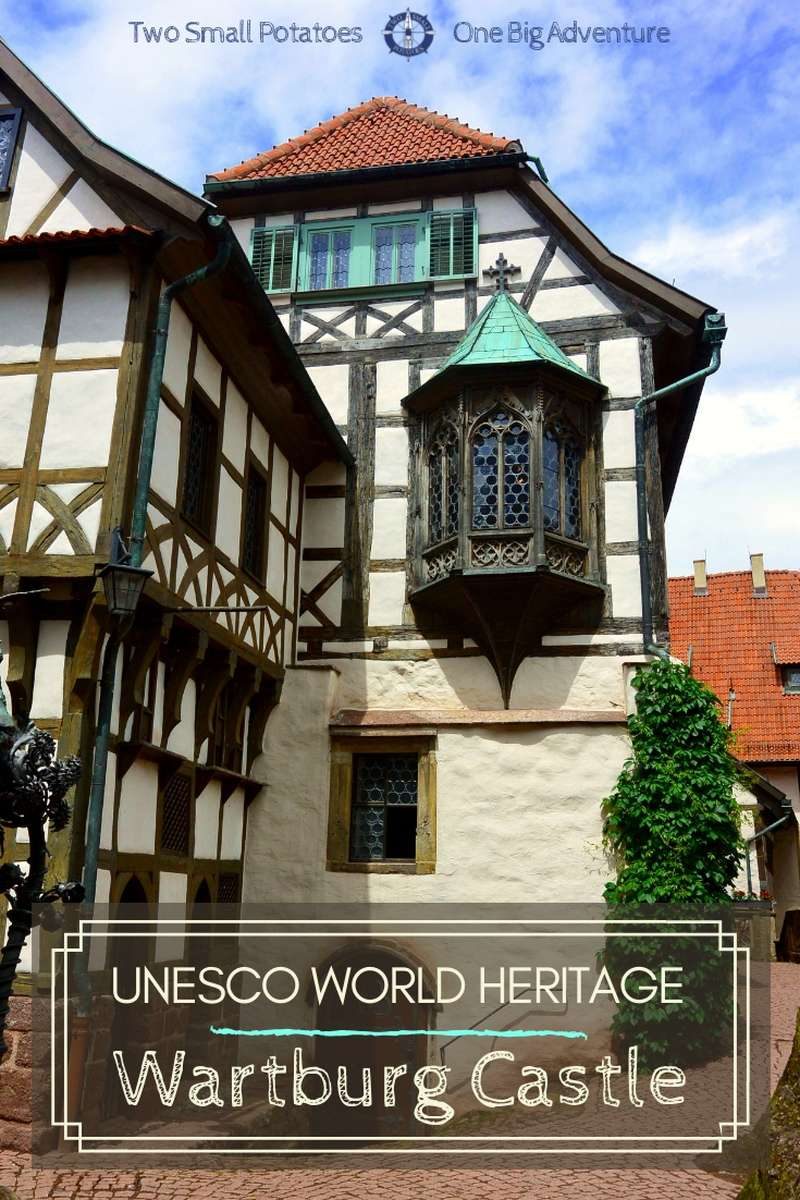 The only fault one could possibly find with German castles is that there are just so many of them.  It’s difficult to decide which ones to visit and which ones to skip.  While last year we celebrated my birthday in Lucerne followed by a visit to The Devil’s Bridge in Switzerland, this year I wanted to celebrate like a queen.  And what could be more fitting then spending the day at a castle?  Since Travis and I didn’t have any fixed plans for the day, I checked our German bucket list in the morning and randomly chose Wartburg Castle.  In just over the single hour that it took us to drive there, we passed no fewer than 8 castles.

I kid you not.

Though we now have more castles on our bucket list, we chose well.  Wartburg Castle is a great choice to visit for anyone castle-hopping around Germany.

#TravelTrivia | Wartburg Castle was the first castle in Germany to become a #UNESCO World Heritage site. #TatersTravels Click to Tweet

The foundation stone for Wartburg Castle was laid in 1067, dating it over a thousand years old.  Widely recognized as one of Germany’s more famous castles, it’s one of the most well preserved with a rather interesting mixture of architectural elements that reflect its expansion and renovations over the centuries.  While interior refurbishments are quite new, mostly dating from the 19th century, the exterior retains much of its original charm.

The true beauty of the castle complex is inside the walls though.  As soon as you cross the drawbridge and pass through the heavy double doors, you’ll enter a small stone courtyard.  In the center is a Gothic fountain decorated with ornate flowers and a winged dragon beast.  Surrounding that, stunning half-timber buildings rise above the fountain.  Here, the bailiff’s lodge marks the rooms that once harbored Martin Luther after he was excommunicated in 1521.  For months, he found sanctuary in the castle, translating the New Testament from Greek to German in a version that’s still widely used today.

Make sure not to miss the views from the less visited back side of the castle too.  Access to the trail is via a door through the castle wall near the Gun Powder Towder.

Considering that we were visiting on a weekend in June, I was rather surprised that the entire castle complex was mostly deserted, likely owing to the dark rain clouds and intermittent showers.  We had actually arrived in town earlier in the day to an absolute deluge, one so thick we could barely see the road.  Unlike some of the more crowded castles in Germany, you can still explore Wartburg Castle without too many crowds, particularly during the off-season.

Grateful the weather had cleared as much as it had, we ended our visit to the castle much as any good morning starts – with coffee.  Sipping cappuccinos on the patio of the little cafe on site, we reveled in having the place to ourselves. Travis surprised me with an actual birthday gift to open – concert tickets to see one of our favorite singers, Chris de Burgh, in August!  Not only will it be at Germany’s Königstein Fortress, an unreal concert venue, but he splurged for front-row seats.

Who is this guy?!

He actually had the nerve to apologize because he hadn’t gotten me something “tangible” that I could have on my birthday.  Obviously he should know better!  What kind of gal wouldn’t eschew baubles that sparkle for the chance to be queen for a day at Wartburg Castle?!

Like this article? Take a minute to PIN it!

Know Before You Go
171 shares