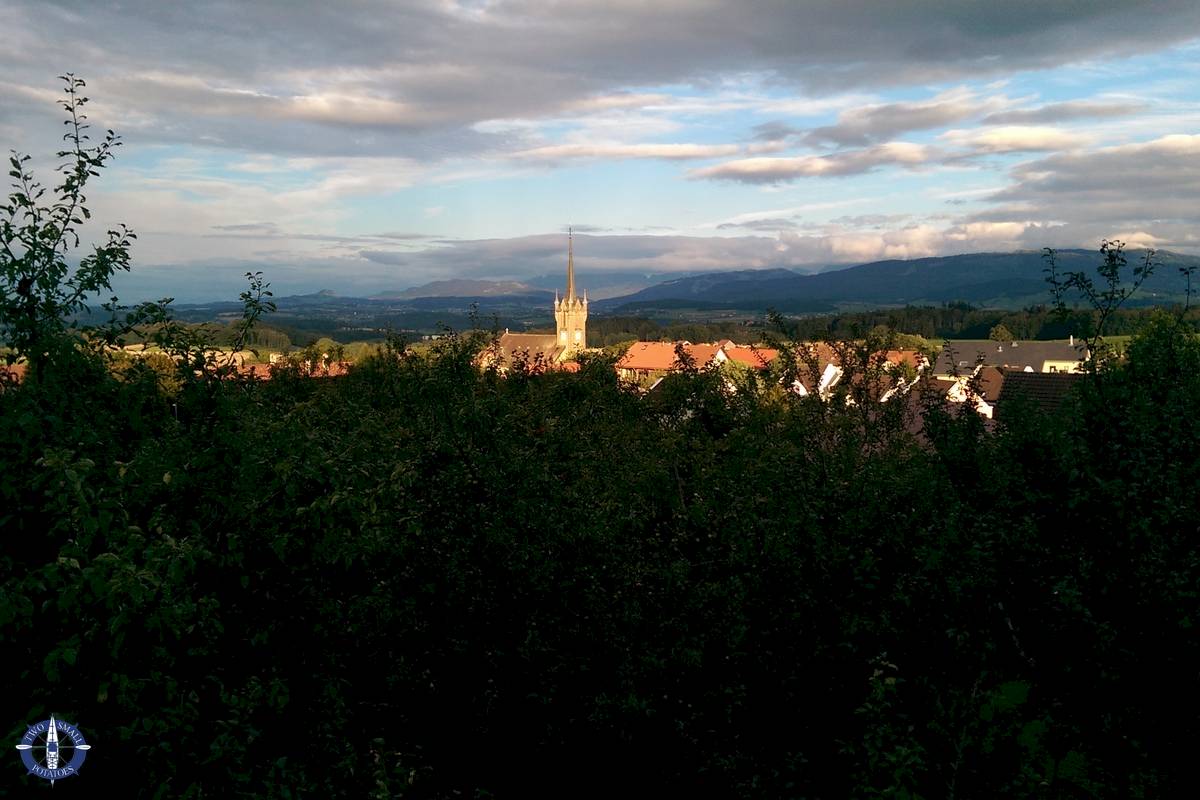 Expat Life in Switzerland
August 30, 2014 1
*This site contains affiliate links. If you purchase through these links, we may receive a small commission at no extra cost to you.

Before moving to Europe, we didn’t know how difficult it would be making friends in Switzerland. Travis and I are both friendly and I’m particularly outgoing, but that’s not necessarily enough to overcome language and cultural barriers. Luckily we hit the friend jackpot.

During the same evening that we moved into our new house in Switzerland, our landlord Francis introduced us to Carlos and Nicole, the Portuguese couple living downstairs. They were really excited to meet the new American tenants, and it wasn’t long before everyone just referred to us as “The Americans.”

In less than a month, they would introduce us to Nicole’s brother and several sets of their friends, all of whom warmly welcomed us into their Portuguese family.

After warm introductions all around, three kisses on alternating cheeks as per Swiss custom, Carlos and Nicole promptly invited us to “take a coffee” on their patio. We were also really excited to get to know our new Portuguese neighbors, so we eagerly accepted their invitation.

Plus we never turn down coffee.

Our new landlord Francis also joined us, as did his sister, Simone. She happens to be Carlos and Nicole’s landlord.

It might seem a bit confusing, but the apartment we found for rent is actually one whole level of a huge Swiss house in the countryside. Francis and Simone co-own it. He rents out the upper portion while he lives elsewhere. Simone lives in one converted apartment downstairs and rents out a second converted apartment, in this case to Carlos and Nicole. It’s a pretty fun arrangement, kind of like being back in college with friends right down the hall.

So the six of us proceeded to while away several hours on Carlos and Nicole’s patio. We sipped cappuccino and devoured all manner of tasty cookies and snacks that Nicole kept putting in front of us.

They weren’t kidding when they said Portuguese like to eat, and they know how to do it right!

We found them to be incredibly hospitable, open and friendly.

It was immediately obvious that as foreigners here in Switzerland, they understood our homesickness and many of our struggles to adjust to a new culture. They gave us the run down on taxes we’d have to pay, what to expect things to cost, where to shop to save money – all kinds of things.

As native Swiss, both Francis and Simone contributed helpful information with humor.

They talked about growing up in Switzerland and how things have changed over the years. Swapping stories and navigating the language barrier, we had such an enjoyable evening!

The next day, Carlos and Nicole gave up their entire Saturday to drive us around Fribourg, to buy a few necessities and give us the lay of the land. We stopped at a pet store for treats for the critters, visited some furniture stores, and found two grocery stores that turned out to be significantly cheaper than where we’ve been shopping.

Hallelujah for Carlos and Nicole!  Now we can actually afford to buy FOOD in Switzerland.

Then after an entire day of babysitting, they still apparently weren’t ready to be shuck of us.

We had never even heard of raclette, nor had we seen a raclette grill before.

After heating the grill for about an hour, Carlos placed the different cuts of meat directly on the hot stone, cutting them into smaller pieces as they cooked. We all chose pieces directly off the raclette as we found them cooked to our liking.

Though it differed from the traditional Swiss raclette, which usually just involves cheese, bread, and veggies, we loved it. Trav and I stuffed ourselves with more meat in one meal than we’ve had since arriving in Switzerland.

Meat is incredibly expensive in Switzerland, and we’ve met nearly as many vegans as meat-eaters.

Again we stayed until the wee hours, sipping Port and trying several different kinds of their ice cream.

Needless to say, another fabulous evening.

Since that day, Carlos & Nicole  have continued to astound us with their friendly generosity. Right after meeting us, they gave us an extra key to one of their cars and insisted we use it anytime we need it. They have a second car and only need both during work hours.

Who are these people?

They’ve invited us down to take a coffee with their friends, whom we also liked immensely. Touille loves their little pug, Eva.

They introduced us to Nicole’s brothers and extended family.

At times, one of the greatest benefits of the language barrier or cultural differences is that we really have no idea what’s going on.

Everyday things become surprises because we can be in the midst of a conversation with friends speaking German, French, Portuguese, or any crazy combination of the three, usually with some English thrown in, and we’re the only two who aren’t fluent in at least three of those languages.

So it was that when Carlos invited us to “take a coffee” one day, as we’d done any number of times at their place, I didn’t realize he meant to go to a cafe in a nearby town. Trav was just arriving home after a work week in France, so without even coming home first, we made plans to pick him up at the train station and head to the nearby town of Romont.

We’re always up for anything!

We knew Nicole’s brothers would be joining us, but we had no idea that their girlfriends and a handful of other family members would make their way to the cafe to join us.

A couple of hours later, our table of four – plus Touille – had swelled to include 7-8 more people, an adorable chihuahua, and briefly another dog I wanted to steal immediately.

SO cute, and I’m not a dog person so much as a cat person.

It’s always a bit awkward meeting new people, but I was amazed at how welcoming and open they all were, and how enthusiastic about meeting Americans.

We’re really not that cool, yo, but they made us feel interesting and so welcome.

They primarily spoke in English out of deference to us, but I enjoyed the snippets of Portuguese and French that became natural side conversations. I’ve always found the Portuguese language to be beautiful, and the more I hear French, the more I also appreciate its cadence and want to learn it.

We really want folks here to be comfortable around us and not feel like they’re constantly bending over backwards to accommodate us, but for now, we appreciated their thoughtfulness.

I feel like we’ve been somehow unofficially adopted into a whole new Portuguese family, one we didn’t expect to find while making friends in Switzerland.

Want more posts about making friends in Switzerland? Try these!