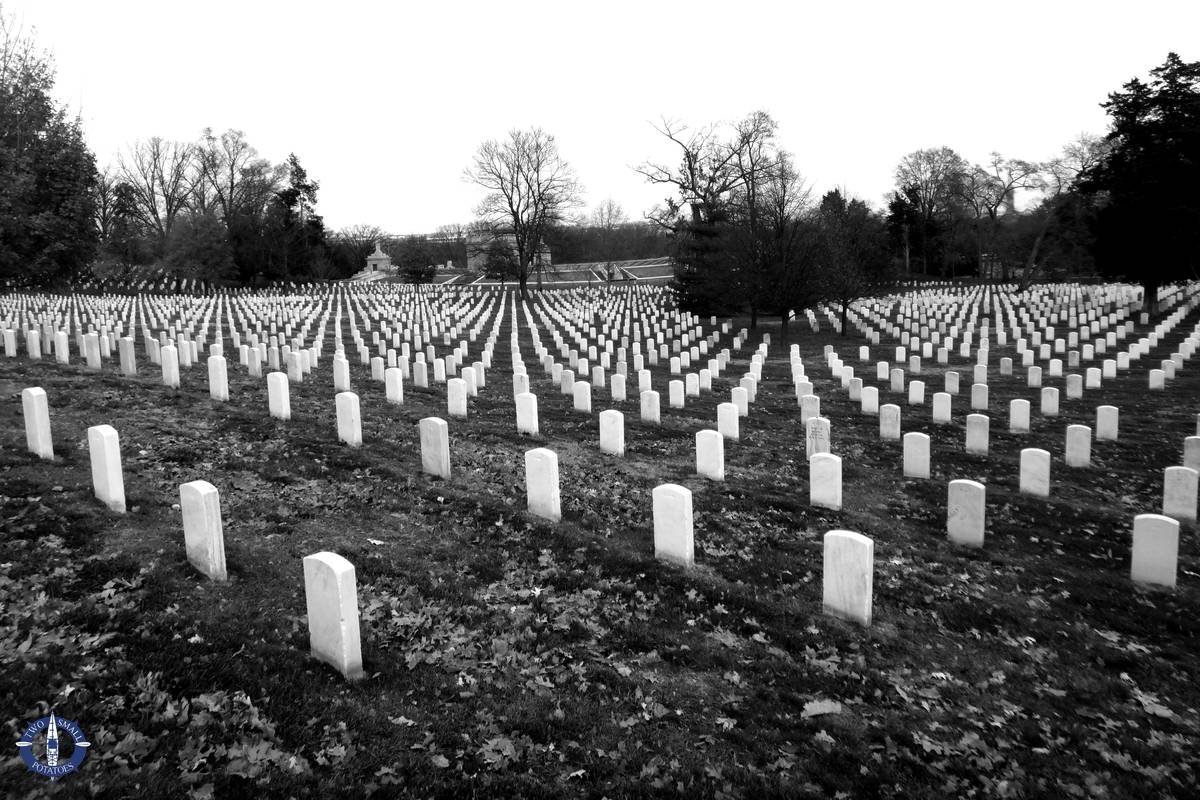 Observing An Odd Veterans Day in Switzerland (Without Veterans)

Growing up in North Idaho, we never imagined that one day we’d observe Veterans Day in Switzerland.

It’s hard to believe that 96 years ago today marks the end of World War I. Peace was declared in the 11th hour on the 11th day of the 11th month of 1918. In 1954, US Congress expanded the holiday to include all veterans, so what began as Armistice Day in 1919 officially became known to Americans as Veterans Day.

To those in Britain, Australia, Canada and much of the Commonwealth, the day is still known as Armistice or Remembrance Day. It’s common to wear a red poppy honoring those who have died in service to their country. The day is a holiday honoring those who’ve served in the military, a day to remember the sacrifices they – and their families – have made.

With our first Veterans Day in Switzerland approaching, I spent a fair part of the week reading about World War II and thinking about Switzerland’s role in international conflicts throughout their long history.

Travis has family history with personal connections to Pearl Harbor.

I couldn’t help but reminisce about a trip Trav and I took with his family to Hawaii shortly before we moved to Switzerland. A family vacation planned by my mother-in-law, we visited a number of historical sites on Oahu: the USS Bowfin submarine, Pearl Harbor, and the USS Arizona.

We took a boat tour out to see the shattered remains of the Arizona where she rests in a watery grave just 40 feet below the surface. The battleship was one of the many ships bombed by the Japanese at Pearl Harbor in 1941. It was the catalyst that ultimately drew the US into the war.

Trav’s family immigrated to Hawaii in the not-so distant past, and his grandparents called the island home for decades. He still has family there.

Through what soon turned into a downpour, Trav’s mom navigated us to the cabin.

We investigated the perimeter, taking in the blooming fruit trees slick with rain. Poking around inside, we took photos of the sloping floor, admired old family portraits still hanging, and fiddled with an antiquated record player that refused to yield any music.

At the cabin, Trav’s family swapped memories and traced their heritage.

I watched, marveling at their sense of family history. Even then, I didn’t fully understood why it was so important to my mother-in-law to have this family vacation in Hawaii. She’d been to the island many times and had already visited Pearl Harbor and many of the sites we were re-visiting. She clearly wanted to share the cabin where their ancestors had lived, but it was more than that.

Travis’s grandma was a child on the island when it was bombed, and his grandpa later served as a pilot during the war. Over the years, I’ve heard Trav’s family tell stories about that day in 1941, stories they continue to pass down to younger generations.

During the visit to the family homestead and Pearl Harbor, I was just an observer. My only knowledge of Pearl Harbor before this trip came from school books and TV specials.

Though my grandpa served in WWII, he served in Europe. He rarely talked about the war, and never Pearl Harbor.

My dad served in the Navy on board the USS Coral Sea during the Vietnam conflict, but I know almost nothing about his years there.

My family tree is much more splintered and forked than Trav’s, and my views on family are very different. It’s not always easy for me to appreciate the gravity of a trip such as this, a trip to reaffirm family heritage and connections through generations.

In the months since our visit to Hawaii, I’ve thought about it a lot. I’ve come to more fully appreciate the trip as a once-in-a-lifetime family vacation. I’m grateful to have been included, but also for its historical value that draws all Americans together in patriotism.

Sometimes the best way to understand your country is to leave it for awhile.

Since that trip, we’ve moved halfway around the world, landing in the very heart of Europe. We’re surrounded by countries that once supported either the Axis or Allied Powers during WWII.

So what of that?

I kept mulling it over, trying to understand how a country geographically located in the heart of a world conflict could remain neutral.

The why I could understand.

It’s logical that a government would try to protect its people and property from harm, and Switzerland has a long, prestigious history of diplomacy the world over.

Why does Switzerland have compulsory military service?

Why would a country with a long history of neutrality have compulsory military service? Why require men to sign up, but never serve?

While not one, but two world wars raged around them, Swiss soldiers didn’t fight, with the exception of a few minor skirmishes to defend their borders or air space. In a country of mandatory conscription and historical military prowess, no veterans exist to be remembered on Veterans Day in Switzerland.

Throughout its long history, Switzerland has maintained a rather robust military. While seemingly at odds with its emphasis on diplomacy and neutrality, a strong military has actually historically been fostered precisely because of their neutrality.

How many soldiers does the Swiss military have?

Currently Swiss men are called up for conscription beginning at the age of 18 or 19. About 20,000 men and women, including volunteers, complete basic training every year.

Interestingly, public perception of mandatory military service has been changing. The Swiss military is shrinking. Numbering over 800,000 soldiers in the 1980s, the military currently stands at only about 150,000 with plans to further reduce the size and budget.

A proposal to abolish mandatory Swiss military service was rejected in a federal referendum last year, but almost 30% of voters supported it. Perhaps in future years it will pass.

Are the Swiss really neutral? What does armed neutrality mean?

For me, understanding Switzerland’s neutrality during WWII required viewing it in a historical context.

Switzerland has a long history of neutrality, but more accurately, armed neutrality. I really never thought too much about what that meant until we moved here. I just always assumed neutrality meant a country simply did not participate in global conflicts, which I suppose in hindsight was a bit naïve.

More accurately, declaring armed neutrality precludes a country from showing preference or deference – at least in theory – to any members engaged in conflict. It doesn’t mean they don’t play a role or take action during armed conflict. This includes the right to militarily defend one’s country if attacked, despite being politically neutral.

As an American, armed neutrality is an intriguing concept.

Clearly, the US has a history of military action, but prior to our involvement in both World Wars I and II, the US had also declared and maintained armed neutrality until direct attacks – for example, the bombing of Pearl Harbor – drew us into war.

The two most common reasons we’ve heard are that it’s because of Switzerland’s “neutrality” and to a lesser extent, that the difficult terrain and mountain ranges prevented occupation.

Granted, the mountains form a formidable barrier, but it’s hard to believe this would have been sufficient. And France and Belgium’s neutrality didn’t dissuade Hitler from invading and occupying those countries. What did Hitler have to fear from simply seizing Switzerland as he did other neighboring countries?

At all times, a US Army soldier guards the Tomb of the Unknown Soldier at Arlington National Cemetery in Virginia. It honors US servicemen who died and whose remains cannot be identified.

Over a half million US servicemembers died during WWI and WWII. Some are interred at Arlington.

Interestingly enough, continued accusations against Switzerland re-surfaced in the 1990s with a lawsuit filed in New York. It alleged that Jewish assets throughout the Holocaust had been knowingly transferred and held by Swiss banks.

A friend in Switzerland recently made a similar statement, which set me to digging for more information.

In order to ultimately lay to rest myths and rumors about the actual role that the Swiss government, institutions, and private companies played throughout WWII, the Swiss Federal Council appointed the Bergier commission in 1996. It’s also referred to as ICE, the Independent Commission of Experts.

The task for this international team was not to attack or criticize Switzerland, but rather to better understand its role during the war within a historical context.

With a budget of 22 million Swiss francs and unlimited access to private and public documents, the commission concluded its research in 2002, which resulted in 25 comprehensive volumes analyzing the movement of assets, Switzerland’s relationship with Nazi Germany, its refugee policy, the exchange of Swiss francs for gold, and the manufacture and movement of arms, all within the legal framework of neutrality as dictated by the Hague Convention of 1907.

I spent the better part of a day reading through the summaries of these documents that are available online. Presumably because of their length, they aren’t available in entirety.

I was so fascinated by the summaries, I followed the links to buy hard copies but was disappointed to find that not only does the link appear to be old (the publisher no longer has them available for purchase), but the total cost to purchase the volumes is 1460 CHF.

It’s unfortunate that despite the considerable effort and cost invested to fund this research, it isn’t openly accessible. However, the fact that the government commissioned the research and made it available publicly, at least in summary, is commendable.

Ultimately it answers many of the questions I had about Switzerland’s role during WWII. It outlines how they were able to pacify Nazi Germany, at times by violating the terms of their neutrality. But it also notes how they violated their neutrality in favor of Allied Forces.

I continue to struggle with the very concept of neutrality, in part because it underscores a fundamental difference between Swiss culture and our own. At least I now understand the idea more fully, both for its merits and its shortcomings.

It’s unquestionable that the Swiss love their country as much as we love ours and that diplomacy and peacekeeping missions are invaluable.

But on a day like November 11th, it feels alien to be in a country that doesn’t acknowledge this day as a holiday. Folks don’t wear red poppies or visit cemeteries to place wreathes, flowers, or keepsakes.

At the very least, we assumed they’d mark the passage of Veterans Day in Switzerland with a token nod to all the soldiers from other nationalities who fought and died so the Swiss didn’t have to. But nothing.

In Switzerland, it’s business as usual.

Curious about the expat lifestyle and how we celebrate other holidays in Switzerland?