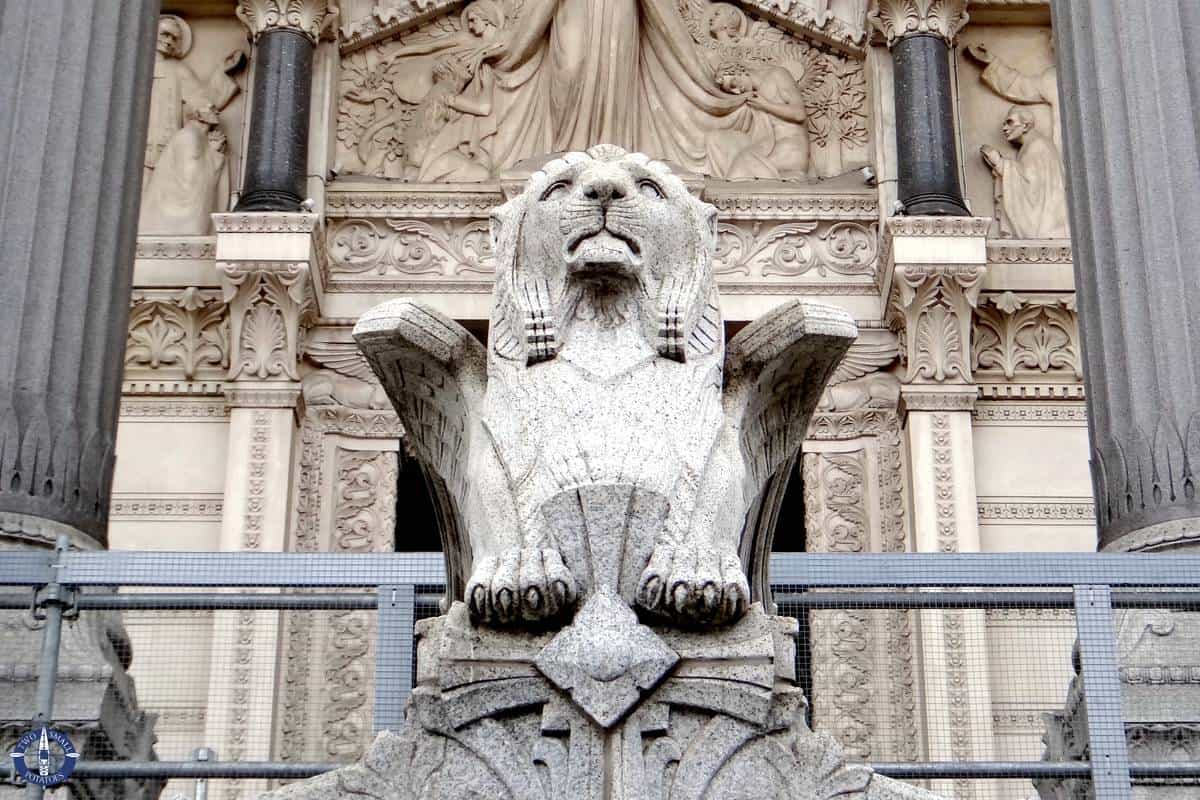 Discover Two of the Best Things to Do in Lyon: Both, Free UNESCO Sites

France
April 4, 2015 4
*This site contains affiliate links. If you purchase through these links, we may receive a small commission at no extra cost to you. 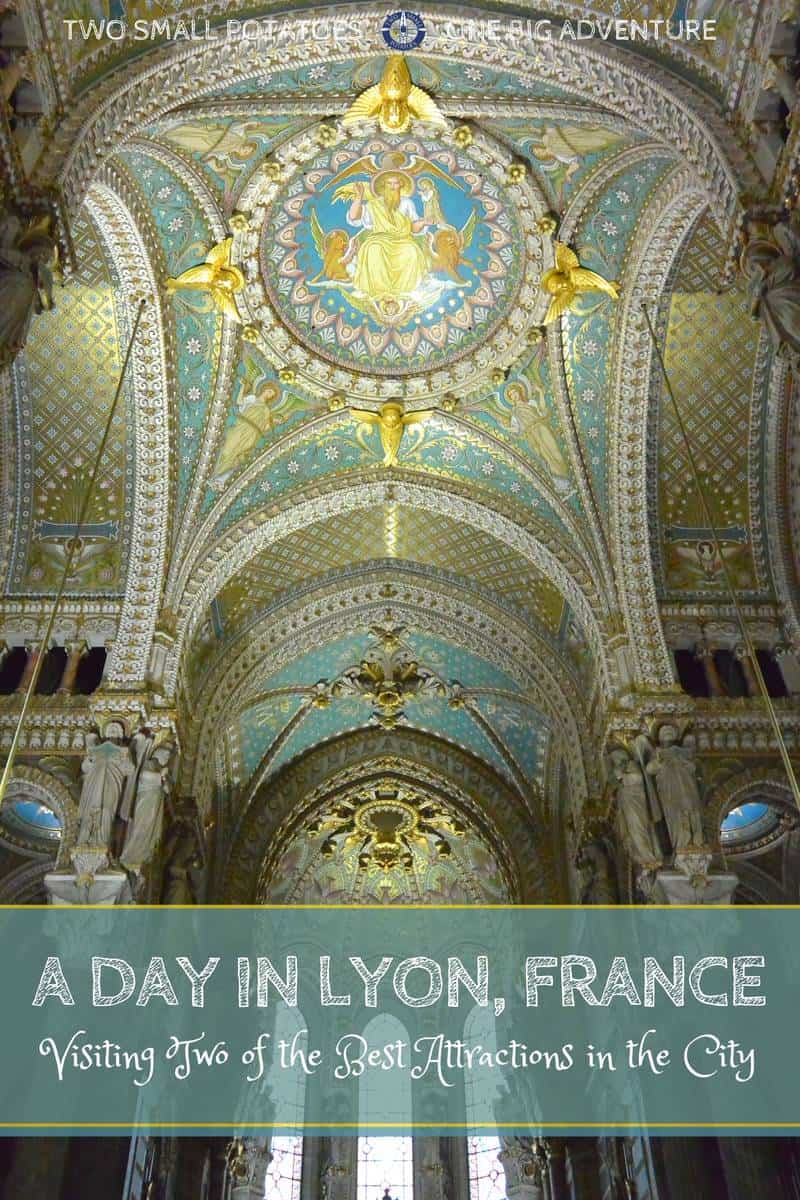 This month, Trav and I finally took a bona fide vacation – our first real break since moving to Switzerland. He took a week off over Easter weekend, which left us with a solid 10-day chunk of time to travel. We decided it was high time for what we do best – an action-packed, spontaneous road trip. We chose Spain by way of France. This was our chance to get outta Dodge.

It isn’t that we don’t like Switzerland. We do, SO much! It’s pretty much paradise on earth.

We just needed to travel somewhere different and new. So we packed a bag of sandwiches and snacks for road tripping, gratefully left our dog Touille with our friends downstairs knowing they’d take good care of her, and put out huge bowls of food and water for the kitties.

During one last check of the house, we found Brisco contentedly hanging out in a kitchen cupboard where we’d accidentally locked him while packing.

It really was an accident this time.

And with that, we were out the door and headed for parts largely unknown. Keep reading to find out what to do in Lyon, France – the biggest unexpected discovery on the first day of our road trip. Pssst, it includes two of the most stunning UNESCO sites in the city!

You’re welcome to use our road trip map, whole or in part, to plan your own travel itinerary. The pins are color coded for each day of our trip. Just click on the pins for more info.

The red pins mark our travel for day one, from Fribourg, Switzerland to Lyon. The blue line roughly follows our entire 10-day travel path.

We didn’t have much of an itinerary except that we were planning to be in Madrid late the following night. A friend, Alicia, had invited us to stay with her and her parents’ at their place in the city for a few days. The same friend also sent us a list of things we could do while in Madrid if we were interested, as well as a few suggestions for sites she recommended in Spain along the way – notably Burgos Cathedral and Basque Country in the north.

With her suggestions in mind, we set a course for Spain by way of the west coast of France. This meant driving around Lac Léman (Lake Geneva) to enter France near Geneva.

Our first stop was not the border crossing, but rather the first of what would become many, many toll booths. We knew Europe has toll roads, but we’d never had to pay them – not even in Switzerland.

We had no idea road tolls in France would be so expensive.

The first toll booth allowed us to drive from Geneva, Switzerland to Lyon, France – a distance of only about 150 km – for the hefty sum of €15.80. With sinking hearts, we started calculating the cost of our anticipated 3000+ km round trip.

Luckily, the first toll ended up being the most expensive. Some tolls were as low as €1.70. All told, we paid just shy of €60 to drive all the way through France, including the roads we drove on the way back to Switzerland.

I’d like to think that in the future, we’ll carefully map out a route by using the French Motorway site to calculate tolls, but I doubt we’ll ever plan anything with that much detail.

It’s just not how Two Small Potatoes roll, ya know?

After a couple of hours on the road, we definitely wanted to get out of the car and see something cool in France. Since we were passing the city of Lyon, we took an exit and headed into town, winding our way up a steep hill riddled with narrow one-way streets and hairpin curves.

At the top, we were rewarded with a nice view of the city, despite the gloomy clouds looming.

Fourvière Basilica : #1 of the Best Things to Do in Lyon, France

After admiring the view, we made our way to the massive church on Fourvière hill right next to our viewpoint.

The front of the Notre-Dame de Fourviere Basilica is currently undergoing renovations and is covered in scaffolding.

The cathedral in Lyon falls within the 10% of the city that’s listed as a protected UNESCO World Heritage Site.

It stands high on top of what’s commonly referred to as the “praying hill” because for centuries, this site has served as a place for worship.

Built in 1884, it isn’t terribly old. Still, it has been a site of holy pilgrimage since 1170, when folks came to pray to the Virgin Mary. The present day church is dedicated to her for sparing the city from the Black Death that decimated Europe in the mid-1600s.

The basilica’s design is a rather unusual mixture of Byzantine and Romanesque architecture.

Despite its lack of ornate grandeur that’s so common in Gothic churches (and that we usually prefer), we appreciated how different it is from other European churches we’ve visited, particularly on the interior.

And that’s where this place of worship really shines – quite literally. The entire inside glitters and gleams from gold paintings, mosaics, and embellishments.

Travel Tip: If you visit the Basilica of Notre Dame de Fourviere, make sure to go inside. It’s much more spectacular than the outside!

When you’re done exploring Lyon’s most beautiful basilica, head to the next attraction on our list: the Roman Theater of Fourvière.

It’s less than a 10-minute walk downhill from the basilica.

Roman Theater of Fourvière: #2 of the Best Things to See in Lyon

The Théâtres Romains de Fourvière, or Roman Theater of Fourviere, is also included in the UNESCO area of Lyon. From the basilica, you’ll see signs pointing the way to it downhill.

The ancient Roman complex consists of two main amphitheaters and was built in 15 BC.

During our visit, it had relatively few visitors, so we eagerly wandered around the Roman ruins. Of the two amphitheaters at the complex, we first visited the smaller of the two. From there, we had a nice view of the basilica above us on the hill.

As we walked the short distance uphill from the small to the large Roman amphitheater, Trav and I were surprised to pass a défibrillateur along the trail. Though we didn’t think we’d climbed that much while investigating the area, clearly someone felt we’d really exerted ourselves.

We laughed and agreed that Trav’s younger sister, who’s a nurse, would likely approve of city officials making the life-saving gadget so readily available. Then I gave myself a mental pat on the back for a hard day of walking.

Of the two amphitheaters, the large one is more impressive, not as much for its hypnotic repetition of stone seating, but for the interesting grassy spaces, sunken walkways, and arched doorways throughout the theater.

Sitting in the stadium, I tried to imagine what it must’ve once been like to experience a Shakespeare play on this stage.

The theater is actually still used in present day to put on shows, which is pretty wild.

Remains of an ancient aqueduct still run through the theater.

With darkness approaching, we took our leave of the ruins and slowly made our way back to the car where it was parked near the basilica.

After mowering down a couple of fantastic ham and cheese sandwiches we’d stowed away in our “road trip bag,” we found our way back to the freeway.

Driving late into the night, we put as many miles behind us as we could on our way to Madrid. Well after dark and with both of us exhausted, we finally took an exit to an oddly deserted gas/service station in the middle of nowhere, pulled out our sleeping bags, and called it a night.

Sometimes the best accommodations are those that are straight-up free!

Looking for more inspiration for your France travel itinerary?

Know Before You Go
Take a minute to PIN it!
12 shares