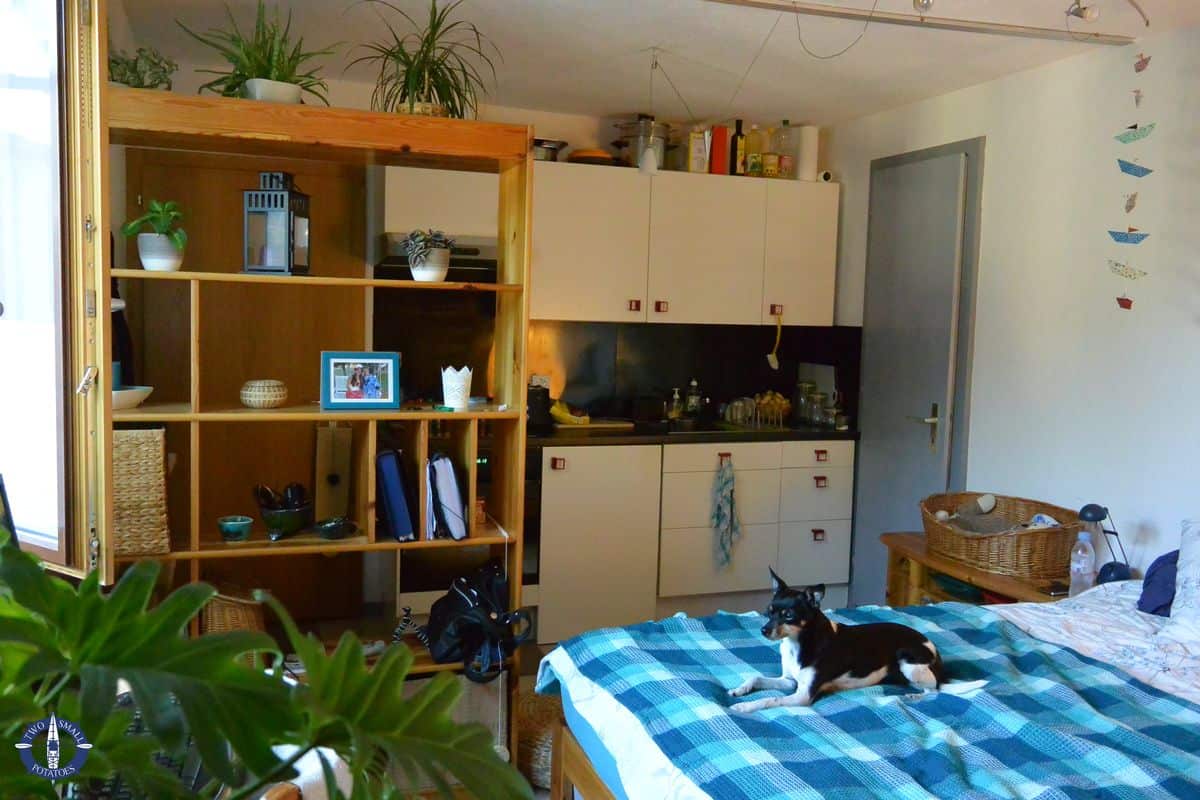 Moving in Switzerland: Grateful for Good Friends & Our New Apartment

Expat Life in Switzerland
July 31, 2015 9
*This site contains affiliate links. If you purchase through these links, we may receive a small commission at no extra cost to you.

Looking around our spacious, beautiful Swiss house in mid-July, Trav and I couldn’t quite believe how much stuff we’d accumulated in just a year. Our one-year lease would be ending July 31st, and we already had to move again. When we signed the lease on our house near Fribourg a year ago, we fully expected to live there during the entire 3-5 years of Trav’s post doc. We certainly hadn’t anticipated moving in Switzerland so soon.

As expats in Switzerland, our residence permits, expat health insurance, and really everything about Swiss life is tied to Travis’s employment. Since he’d lost his job unexpectedly, we were essentially stranded in Europe with a very uncertain future.

We didn’t know if we could even legally remain in Switzerland after the end of July, so we hadn’t started looking for new housing at all. We simply didn’t know where we would even be come August 1st.

Then Travis’s employer extended his contract for just two months, for August and September, giving us a reprieve from unemployment.

It didn’t solve our housing problem though!

Where would we live for those two months?

A friend comes to our rescue with temporary housing.

We knew it would be almost impossible to find a short-term apartment in Switzerland that would allow our three pets and wouldn’t require a longer lease, so we were especially grateful to our friend – and new landlord – Simone, for offering to let us move downstairs into another, smaller flat in the same house where we’ve been living.

The studio apartment Simone offered us was meant for just one tenant, not two adults with three pets.

Because she’s an angel, she made an exception and totally saved our potatoes!

The previous tenant of the studio apartment vacated on the evening of July 29th. After blitz cleaning, we immediately began moving in. Rather than packing things carefully, we threw necessities like dishes and food in shopping bags and shuffled them downstairs along with the few pieces of furniture we could fit in the studio.

If only all of our moves were as easy as hauling our possessions down a single flight of stairs.

All of the next day – July 30th – we continued packing things for storage, ran countless errands, and disassembled and reassembled furniture in our new downstairs apartment.

Other friends offer to store some of our belongings.

Things We’ll Want to Ship to the United States

Since we downsized from a three-bedroom flat to a very small studio apartment, we boxed up all the non-necessities that we definitely wanted to keep regardless of where we’ll be moving when we leave Switzerland. These were mostly boxes of small personal items we’d shipped from the US.

A couple of friends offered to let us store this stuff at their apartment in a nearby town.

Thanks so much, Oriane & Paolo!

If we do end up leaving Europe and moving abroad in the next few months, we’ll get rid of everything else and just ship these things back to the US.

Things We Only Want to Keep in Europe

We hadn’t shipped any furniture from the US, but we’d bought enough at thrift stores in our year in Switzerland to fill a 3-bedroom house. The pieces of furniture that didn’t fit in our new studio apartment downstairs needed to go somewhere in storage.

We didn’t want to sell this stuff yet in case we ended up moving to another EU country where we could just rent a moving truck to haul it.

Again, Simone came to the rescue. She kindly offered to let us store the remaining furniture in her garage, so we disassembled it and stashed it there. She worked tirelessly all day cleaning our her garage in order to make room for our stuff.

Francis, our landlord for the apartment upstairs, also offered to let us store things in his garage. He even went so far as to offer to sell our car for us if our visas weren’t approved and we were forced to leave Switzerland July 31st.

Their generosity and kindness simply make my heart melt!

While Gintare, one of our roommates, and I started the monumental task of cleaning our apartment upstairs, Simone and Travis made trip after trip from our house to her garage with armfuls of our furniture.

The four of us worked well into the wee hours of the 31st before Travis and I finally convinced the other two to go get some sleep. Simone agreed with a promise to return in the morning to help us clean. Gintare refused to quit for the night until she’d finished vacuuming the entire flat by hand.

We only had until 10:30 on the morning of the 31st to finish cleaning before we’d be meeting with Francis. He needed to inspect the upstairs apartment we were vacating so we could give him back the keys and finalize paperwork.

At 3 am, Travis and I were finally too tired to stay awake any longer. My dinner of a half cucumber had long since ceased to ward off hunger pangs, so we bolted down some leftovers before passing out, exhausted.

By 8 am, we were cleaning again.

Simone volunteered to wash all the windows inside and out – even climbing up on a ladder to reach the large A-frames in the dining room. If it hadn’t been for her help, we never would have finished cleaning on time!

Once Francis arrived, Travis went over the paperwork with him and completed the walk-through. I continued madly scrubbing and mopping the floors, following along behind them as they moved from room to room.

It was sheer madness for a couple of hours, but it was also utter relief to know that Francis was incredibly sympathetic to our situation. Not only did he also help us clean, but he also assured us that the cleaning we had already done met his standards.

Instead of an old and new landlord, we really just had two friends who were helping us transition from one apartment to the next.

Francis’s new tenant arrived at noon on the 31st to inspect our old flat, and we were free to finally relax.

Simone invited us over for coffee, which we gratefully accepted, and Francis joined us after he completed his business with his new tenant. We enjoyed a leisurely couple of hours in their company under the shade of the fruit trees in her spacious back yard. Afterwards we put the final touches on our new apartment.

With periodic visits from Simone, Francis, Carlos, Nicole, Gintare, and our good luck cricket who visited us at our new apartment for two mornings in a row, we realized that despite moving into a much smaller apartment, we couldn’t have found a better solution for all of us.

Gintare, who has been our roommate for the last 6 months, still has one more month of studies in Switzerland; Trav’s job loss essentially has also essentially left her homeless for the month of August. Simone generously offered to let her move in to her extra bedroom, so Gintare is now our neighbor instead of our roommate.

Simone’s front door is just a few feet from ours now, as is Carlos & Nicole’s.

Our move has made late night get-togethers to watch movies and hang-out sessions with good friends that much easier!

Now that we’re done moving in Switzerland and we’re all settled into our cozy new apartment, Travis will continue to look for a new post doc for the next two months. For now, we count our blessings every day for the good friends we’ve made in Switzerland!

How’d we end up as unemployed American expats in Switerland?

Type to search or hit ESC to close
See all results
wpDiscuz
9
0
Don't forget to leave a comment!x
()
x
| Reply
We use cookies to ensure that we give you the best experience on our website. If you continue to use this site we will assume that you are happy with it.OkNo thanks!Privacy policy