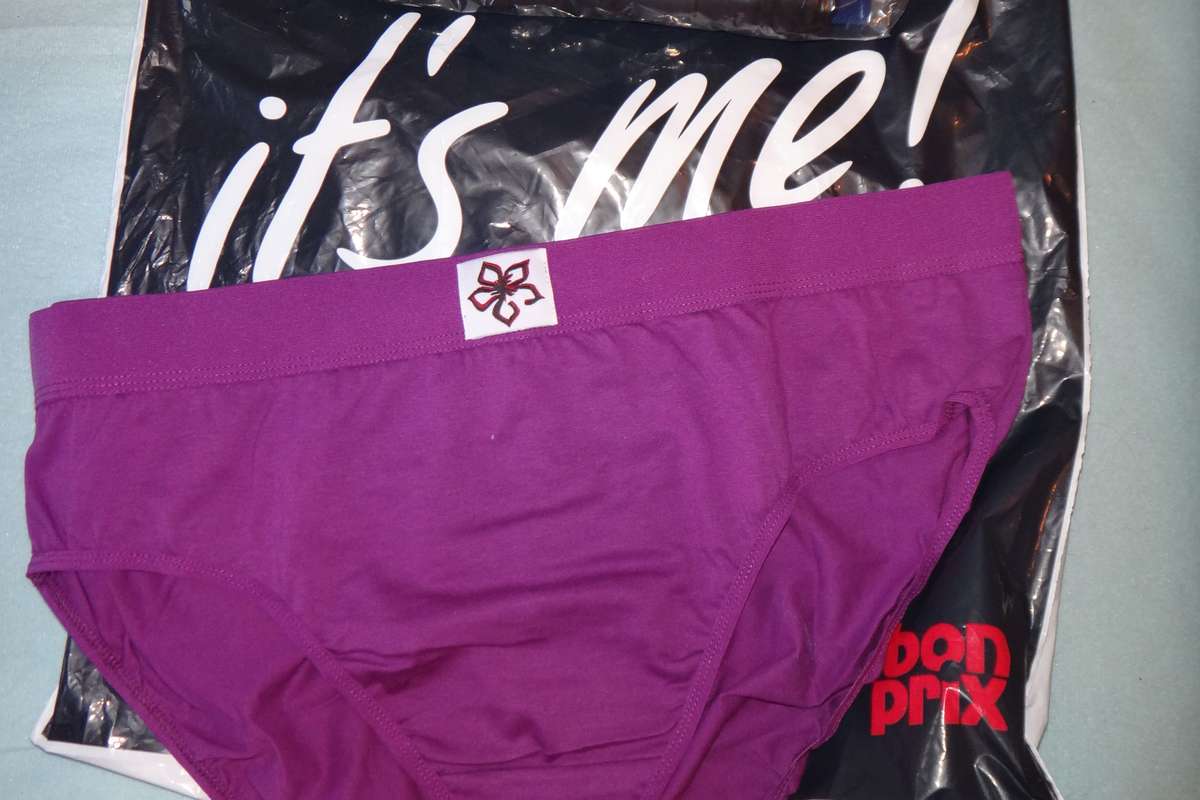 Expat Life in Germany
April 28, 2016 10
*This site contains affiliate links. If you purchase through these links, we may receive a small commission at no extra cost to you.

Does anyone else hate shopping for clothes?  It can’t just be me. So it’s not totally a surprise that German underwear shopping turned out to be quite a misadventure.

To be fair, it isn’t Germany’s fault. This all started a long time ago in a country thousands of miles away.  I realized today while digging around in old photo albums to send one to a friend on her birthday just how much I must loathe shopping for clothes.  In photo after photo – 5 years ago, 10 years ago, even 15 years ago – I’m wearing the same handful of t-shirts and the exact same pair of jeans: Old Navy stretch low-waist flare jeans.  The “stretch” is important; it means I can buy a size smaller than I otherwise could.

Why do I love them so much?

Besides that they’re relatively cheap (25 bucks on sale), super comfy, and last for a decade, they come in TALL which means I can actually buy them with a 34″ inseam. There’s nothing as bad as being a tall woman and parading around in a brand new pair of regular jeans – you look like you’re wearing your older but shorter sister’s hand-me-down high-waters.

Before we even bring poor ol’ Germany into this, what’s behind my general disdain for shopping?

Well, despite the longevity of my beloved Old Navy jeans, at some point everything good must die.  In hindsight, I shipped way too many clothes to Europe when we moved, particularly since I don’t wear most of them.  I have a problem with getting rid of things that are still perfectly usable, so I hang on to every hand-me-down freebie and ill-advised clearance shirt I’ve ever bought.

Thanks for teaching me to be crazy thrifty, Mom! (Emphasis on the crazy.)

You don’t even want to hear the internal conversations in my head when we sold our things in Oregon to move here. Some of them could’ve come straight out of One Flew Over The Cuckoo’s Nest.

Of all those clothes we shipped, though, only two pairs of pants were Old Navy jeans.  I was sporting the dangerously threadbare Pair #1 when we road-tripped to Madrid last year.  You guessed it – one fateful step up onto a castle wall in Segovia and my butt was suddenly saying hello to a whole street full of unfortunate Spaniards.  I’m lucky I wasn’t arrested for public indecency.

So the problem is threefold: I’m down to my last, equally tenuous pair of Old Navy jeans, the company doesn’t have stores in Germany (nor do they ship to Germany), and having it sent to a family member to ship here pushes the price over my $25 pants threshold into the land of buyer’s remorse.

I know you’re all thinking that.

I mentioned I hate shopping, right?  It was bad enough having to set aside one day a year to replace things that finally just gave up the ghost, but at least in the US we knew which brands to avoid because they wouldn’t last a year, which ones were true to size, which stores to avoid because of high prices, and who had the best sales.

But shopping in Germany is much harder.

Online German underwear shopping it is, then.  That never fails.

That leads us to my little misadventure in German underwear shopping. Or as Trav calls them, underoos (the underwear, not the Germans.)

All the ones I’ve seen in stores have been sealed tight in little plastic packages.  Trying them on for size would mean ripping into the packaging.  I don’t know if that’s illegal or just frowned on in Germany, but I didn’t want to find out.

With online shopping, I wouldn’t have to worry about that; plus, I’d be spared the horror of trying on underwear in a drafty, public fitting room.

Since I was already familiar with Bonprix, a huge online clothing store with distribution centers in Germany, I started there.  It’s the same place where we bought our crazy cheap curtains. Browsing through their clearance, I carefully scrutinized their online sizing charts to figure out my German size before placing an order for a package of plain women’s underwear, confident that I was reading their diagrams correctly.

This would be a test run. Cuter and perhaps even more expensive underwear could follow if the experiment was successful.

A couple of days later when my package arrived in the mail, I was dismayed to find that the size medium I’d ordered sagged half-way to my knees.

In hindsight, it’s quite possible that I accidentally mixed up my Taillenumfang (waist size) with my Hüftumfang (hip size).  A size 48 in German is actually closer to a 1x, not a medium.

The final kicker is that I later found out the company is based in the UK and has a website in English.

So now I have five pairs of super soft, super stretchy colorful underwear sitting in a box on a shelf in the living room. I have no idea what to do with them. They’ll probably still be there a year from now.

Heck, we’ll undoubtedly end up moving them wherever we go next unless one of our readers speaks up for them. Pay the postage and they’re yours! After all, I certainly can’t just throw away five perfectly good pairs of underwear.  Who knows?  If I wait long enough, one day they’ll probably fit.

For now, they’re a daily reminder of my misadventures in German underwear shopping.

Type to search or hit ESC to close
See all results
wpDiscuz
10
0
Don't forget to leave a comment!x
()
x
| Reply