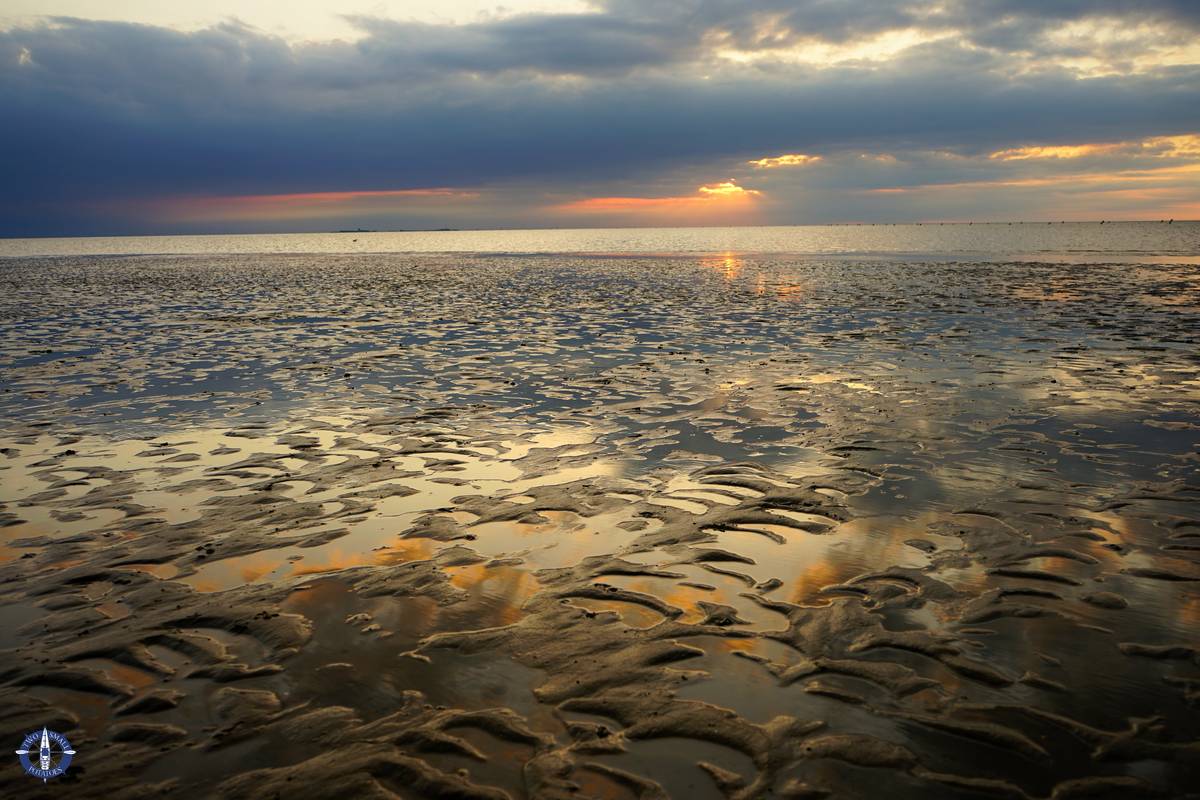 Germany
July 25, 2020 0
*This site contains affiliate links. If you purchase through these links, we may receive a small commission at no extra cost to you. 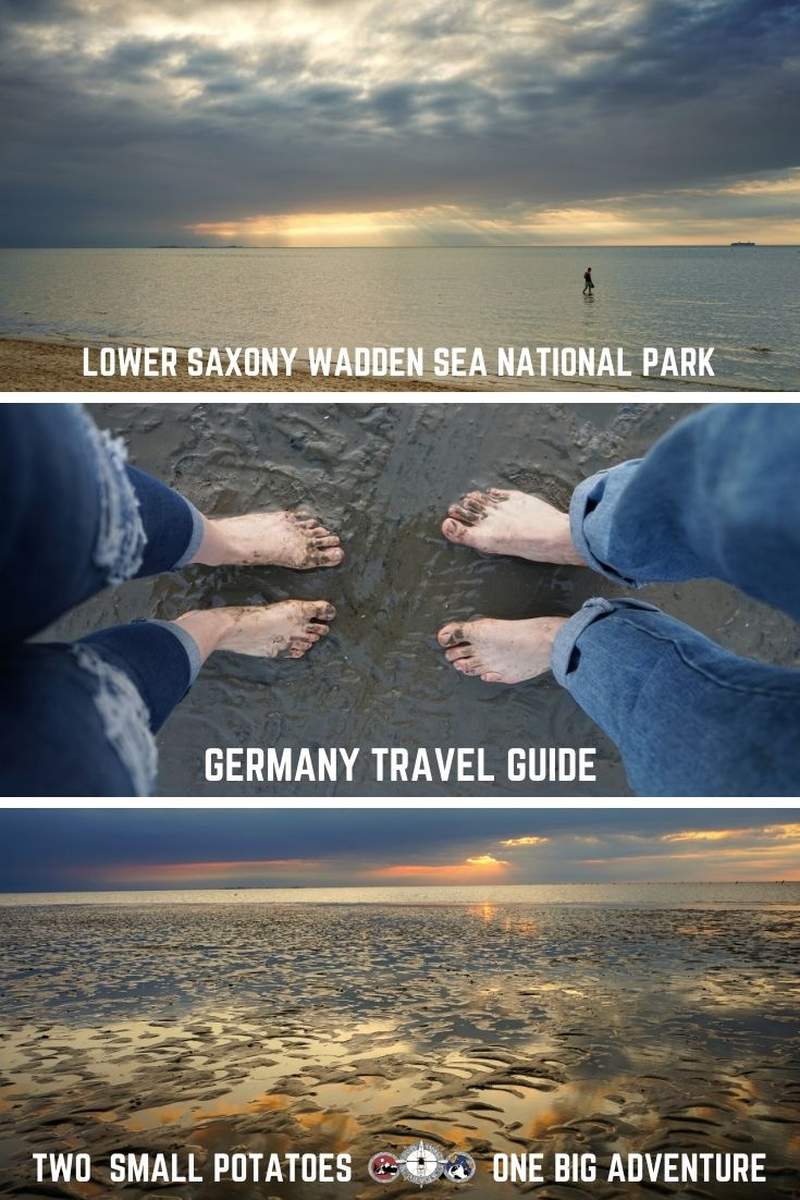 Folks who’ve been following our blog for awhile know that when we first moved to Germany, we found out they have sixteen national parks. We’re not hard-core “bucket list” travelers, but we love the outdoors and nature. I admit I decided then that we should visit all the national parks in Germany before we leave Europe. We’re a bit slow in getting through them, but this summer we spent a long weekend exploring the Lower Saxony Wadden Sea National Park along the northern coast. We’ve never been anywhere quite like it!

For anyone considering a visit, this travel guide will undoubtedly help you plan. Finding information about the park can be difficult since it’s often in German, and most of the park isn’t accessible to the public because it’s heavily protected. To further complicate matters, there are actually three different national parks in Germany with “Wadden Sea National Park” in the title.

That said, this article will help you decide exactly where to go and what you want to do before booking that gorgeous beach-front apartment for your seaside vacation!

Have you explored Germany's beautiful northern coast? Once you read this travel guide, you'll be ready to book your vacation to the Lower Saxony Wadden Sea National Park. Click to Tweet

First off, it might be helpful to know that in German, this national park is called Nationalpark Niedersächsisches Wattenmeer. The other two national parks in the Wadden Sea are:

Of these, the largest is Schleswig-Holstein, which starts at the maritime border between Germany and Denmark and extends south to the Elbe River. The Lower Saxony portion picks up there near the mouth of the Elbe in the seaside resort of Cuxhaven and stretches all the way west as far as the Netherlands. These two parks cover most of Germany’s entire shoreline along the North Sea.

The last of the three Wadden Sea parks, Hamburg Wadden Sea National Park, is the smallest and most difficult to reach. Covering not quite 140 sq km (53 sq mi), the park is actually an exclave overseen by the German state of Hamburg, hence the name. This park is offshore with most of it underwater.

The three low-lying sand-dune islands of Neuwerk, Scharhoern, and Nigehoern just off the coast of Cuxhaven are within this section of national park.

Why is the Wadden Sea so special?

Unlike most coastal areas, the seabed here is incredibly shallow, dropping only a few centimeters per kilometer in places as the land extends out from shore. You can actually walk and walk and walk out into the sea and still only be up to your ankles or knees in water. It’s remarkable!

Then, twice a day the tide comes in and goes out, leaving a 10,000 km² area of the seabed completely exposed.

Only certain kinds of animals can survive in these unique ecosystems: mudflats, salt marshes, dunes, and estuaries. The coastal and offshore habitats that make up the park shelter and nurture an incredible amount of biodiversity. You can expect to see all kinds of little sea critters, from nesting sea birds and seal pups to snails and lugworms with their coiled brown mounds of mud houses.

The park’s value is such that it achieved national park status in 1986. It has also been recognized as a biosphere reserve since 1992, and in 2009 it was added to the UNESCO World Heritage Site list. Few natural places are afforded that status and the level of protection and conservation that come with it.

How many places in the world are a national park, biosphere reserve, and UNESCO World Heritage Site? Find out why Lower Saxony Wadden Sea National Park deserves such status. Click to Tweet

Out of necessity, such a valuable, delicate natural area requires a high level of protection. This unfortunately means that much of the national park isn’t accessible to the public.

The popular seaside town of Cuxhaven alone, which many call the “gateway to the Wadden Sea,” sees over a million overnight bookings a year. Many come for the luxurious spas in town, but they also come to explore the beaches and mudflats of the national park, which literally is right on Cuxhaven’s doorstep. Without limitations on public use, the park would suffer.

The good news is that most places in the national park that are easy to reach are open to the public.

Those that aren’t are marked with signs at beaches and on trails. The three levels of protection that you will find in the park are:

What is there to see and do in the national park?

One thing that’s tricky about the national park is really knowing when you’re actually in it. For the most part, the southern boundary of it starts near the shoreline, and the park is offshore. It’s possible to think you’re in the park, but you’re really not. If you never leave the town of Cuxhaven or Norden, you’re just on the outskirts.

To really experience it, you need to head out into the sea when the tide is in or onto the mudflats when the tide is out. Once you do, there are plenty of fabulous things to actually do and see. Here are some ideas for how to spend your time in the park.

1. Visit the island of Neuwerk from Cuxhaven.

Once a haven for pirates, Neuwerk is an inhabited island that is actually located within the Hamburg Wadden Sea National Park. With castles, shops, and an adorable seal population, it’s a popular day-trip from Cuxhaven. Visitors can book any of the regularly scheduled ferry rides to Neuwerk right from the Cuxhaven marina.

It’s also possible to walk from the mainland to the islands offshore during low tide. In German, they refer to this as wattwandern. If you decide to go, consider going with a guide or a local so you don’t get caught out at sea when the tide comes in.

Even more fun is to take a special horse-drawn wagon during low tide across the mudflats! We were disappointed these weren’t operating during our visit, but if we have a chance to go in the future, we’ll definitely do it!

2. Go kiteboarding just off the coast.

The Wadden Sea experiences a decent amount of wind, which is great for kiteboarding. The broad, shallow expanse of the water along the coast is also great for learning because if you fall off your board, you can easily stand up in shallow water and take off again.

If you have your own kiteboard, you’re golden. If not, there are places along the coast to rent them or attend short training schools.

Either way, your best bet for locations are either Cuxhaven or Wilhemshaven. If you happen to be in Cuxhaven, you’ll likely see the van for Surfschule Cuxhaven parked near the path out to the Kugelbake tower. You can ask there about rentals and classes.

3. Sail or paddle in the Wadden Sea.

If you’re itching to get on the water, you can definitely sail or paddle the Wadden Sea in the national park. However, unless you’re really knowledgeable about the tides and geography, it’s a good idea to book a trip with an experienced local company. If you plan your trip poorly, it could leave you stranded very far out in the mudflats.

We’ve experienced that personally on a kayaking trip in Washington State, and though it ended up being a good memory later, it wasn’t fun in the moment and we don’t recommend it to anyone!

At the least, it’s inconvenient. At worst, it can be life-threatening.

4. Island-hop the East Frisian Islands off the coast of Norden.

The East Frisian Islands are a string of seven islands that make up a low-lying sandy archipelago. The furthest island is only 10 km off the coast, and the nearest, just 3.5 km. The islands parallel the mainland, stretching for about 90 km east to west in a natural barrier that protects the shallow Wadden Sea from the erosive action of the deeper North Sea.

The seven islands are Wangerooge, Spiekeroog, Langeoog, Baltrum, Norderney, Juist, and Borkum. Each one has its own unique personality, so choosing which one to visit is really up to you. They all offer beautiful sandy beaches, fresh sea air, and plentiful wildlife. While they’re popular with locals and neighbors from Denmark and the Netherlands, you’re not likely to see tourists from many other countries as it’s a bit off the beaten track.

To visit the islands, ferries run typically at least once per day from each of the islands to a main terminal on the mainland. The town of Emdem has ferry service to the island of Borkum. You can catch a ferry to the islands of Juist and Norderney from Norden on the mainland, Nessmersiel to Baltrum, Bensersiel to Langeoog, Neuharlingersiel to Spiekeroog, and Carolinensiel to Wangerooge, the island furthest east.

Travel Tip: Make sure to check the ferry departure times carefully for your trip because the ferries are limited by the tides, which change daily.

5. Climb the spiral steps of Obereversand Lighthouse Monument for stunning views of the Wadden Sea mudflats.

This is one of our favs!

Known in German as Leuchtturmdenkmal Obereversand, the unique black tower is located just down the coast from Cuxhaven.

The base of the tower stands on stilts in the Wadden Sea, and it’s accessible at the end of a long causeway from shore. It’s such an unusual tower, not only in design, but with its stark black outline against the deep blue summer sky.

The tower once stood in the Weser Estuary, but was later moved to its current home near the small settlement of Dorum-Neufeld.

6. Bury your toes in the mud, play in the sand, and just RELAX!

This really should go without saying, but with all the technology and stress of daily life, this is the kind of place you come to recharge and relax.

Leave your cell phone at your hotel if you need to. Bring a blanket and curl up in the sand with a good book, or rent a beach chair and enjoy a glass of wine.

If you don’t feel like a jam-packed itinerary full of “things to do” in Lower Saxony Wadden Sea National Park, then just enjoy the sun, the sand, and the soft sea breezes. You’ve definitely come to the right place!

Where should you stay along the coast for the best access to the national park?

Depending on what you most want to do or see, these are three of the most popular places to stay on the mainland.

Looking for more cool things to do in the area?

Check out our Ultimate Cuxhaven Travel Guide if you plan to spend a day exploring the town.

Water lovers will like Paddling the Medem River in the nearby village of Otterndorf. It’s considered one of Germany’s most beautiful rivers, and it’s great for beginners.

Know Before You Go
Take a minute to PIN it!
104 shares