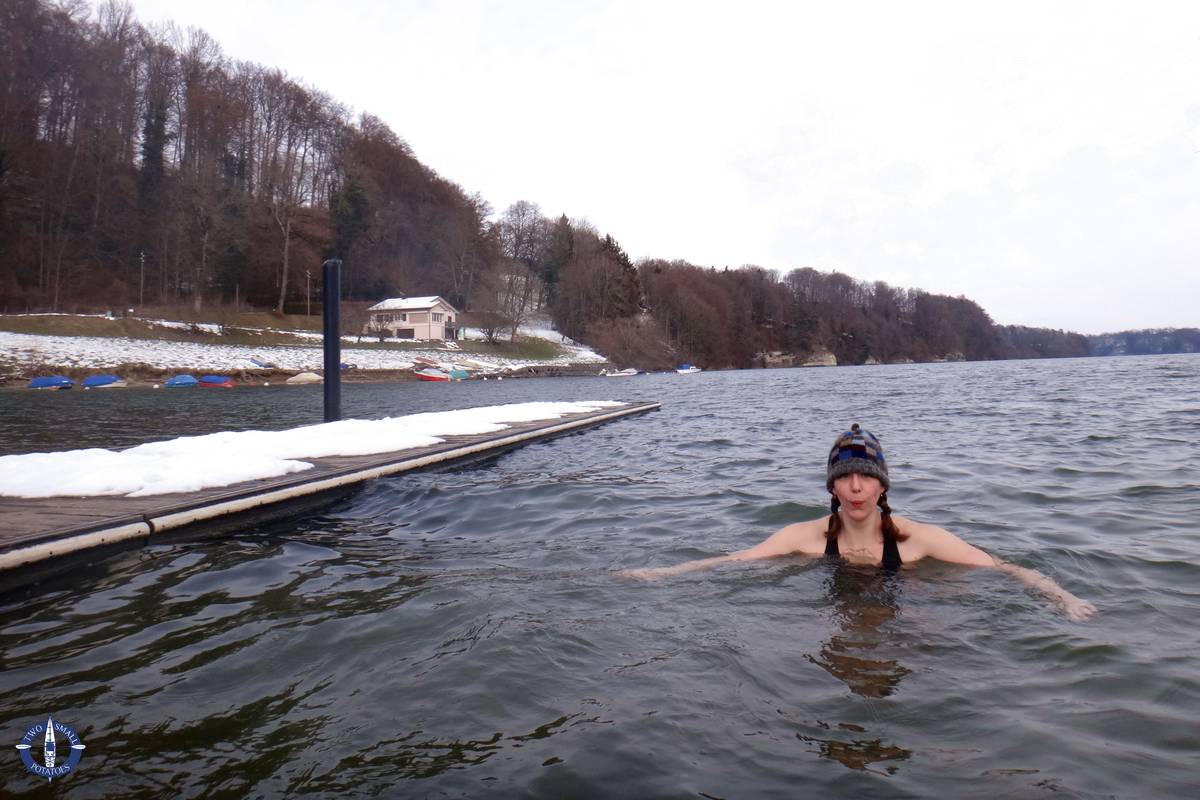 How to Survive the Polar Plunge in Switzerland 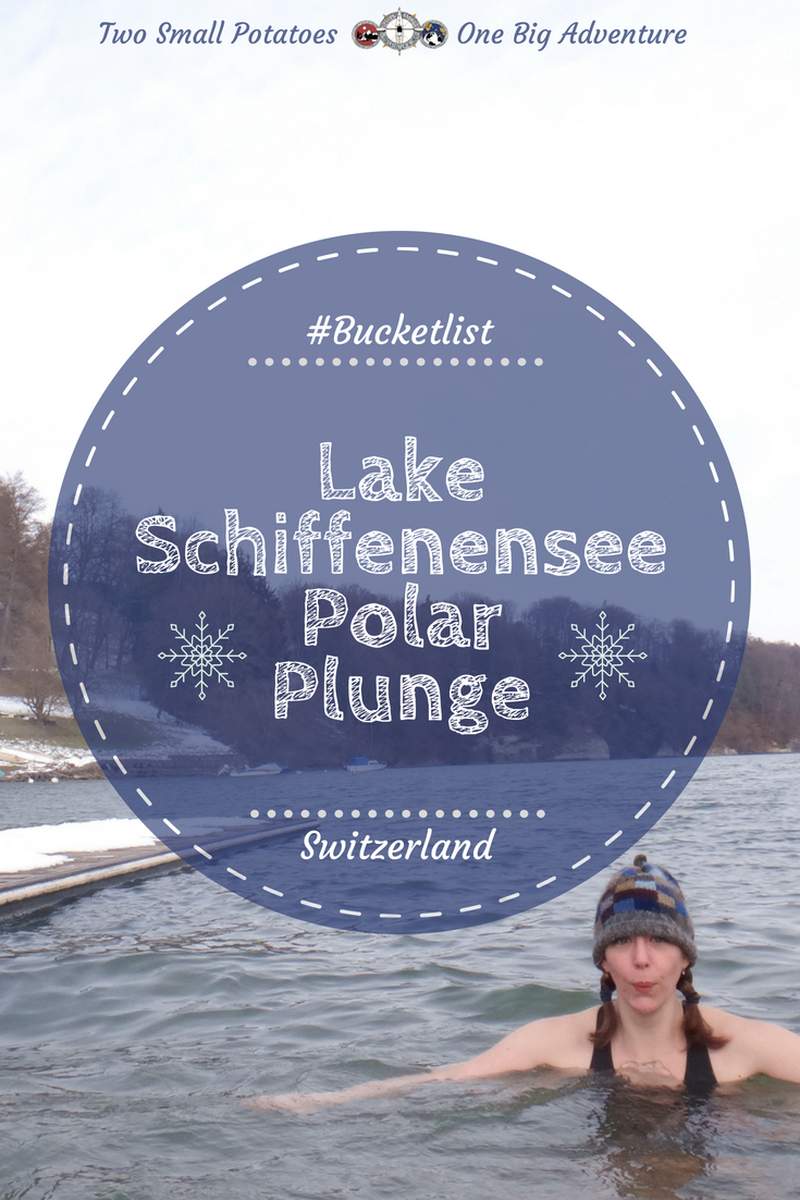 Since I was a little girl, I looked forward to the days when I could don my favorite swimsuit and hit the beach, lake, river. Just about any body of water would do.

During the years my mom, sister, and I lived in North Idaho, I spent most of my summer waking hours submerged beneath the placid viridian waters of the St. Maries River. With friends, we swam with suckers, craw dads, and the occasional trout. Pretending I was a mermaid, I fervently wished I would magically be transformed into a dolphin so I could live in the water forever.

Never in all my fantasies did I imagine myself as a polar bear or dream of dog paddling among icebergs.

But who hasn’t, at some point in their life, wanted to do a polar plunge, swimming in the dead of winter?

I know I have.

When a couple of  adventurous friends invited me last week, I said,

What could it hurt?

Let’s do a polar plunge!

On the Big Day, I was all set to go until I woke up that morning, saw the six inches of snow on the ground, and realized that staying at home wrapped in my toasty comforter sounded much more inviting.

In short, I chickened out.

See. I’m a chicken, not a polar bear.

Luckily, these friends had wholly embraced the rejuvenating powers of polar swimming.

They’d decided to go every week, leaving me no shortage of opportunities to accept their persistent and uncannily convincing standing invitation.

But first I asked them how we’d even survive the polar plunge.

They assured me they had it covered. They knew just what to do.

1. First, we’d warm up with some yoga and running.

Shouldn’t this make it more difficult to get in?

2. Then, it would only be uncomfortable for a few minutes;

Until you lose feeling in your extremities.

3. Afterwards, we could have tea.

Whether it was the chance to bond with new friends, to assuage my injured pride after initially backing out, or the offer of tea, I couldn’t say no again.

So it was that a Pole, a Swiss, and two Americans ended up at Lake Schiffenensee.

Not only were they right about it being exhilarating and only temporarily uncomfortable (the feeling in my toes came back in less than an hour), but it was empowering to go with a fun group of wild ladies.

The endorphin rush kept me hopped up on HAPPY for hours afterwards, and the tea – don’t get me started on the tea. Homemade chai, steeped with love, with a generous dollop of syrupy sweet honey in a piping hot thermos.

No drink has ever tasted so good.

I debated about pouring the cupful over my block-like frozen toes, but it just tasted too good.

So am I hooked on the polar plunge?

I don’t feel the need to take daily ice-cold showers to acclimate to the cold or swim habitually in sub-zero temperatures.

Will I swim with icebergs again?

Not only are we already planning a nighttime swim with a bonfire, but next time, I might even take my hat off.

Here are more outdoor activities in Switzerland for those who love DIY travel.

Type to search or hit ESC to close
See all results
wpDiscuz
8
0
Don't forget to leave a comment!x
()
x
| Reply