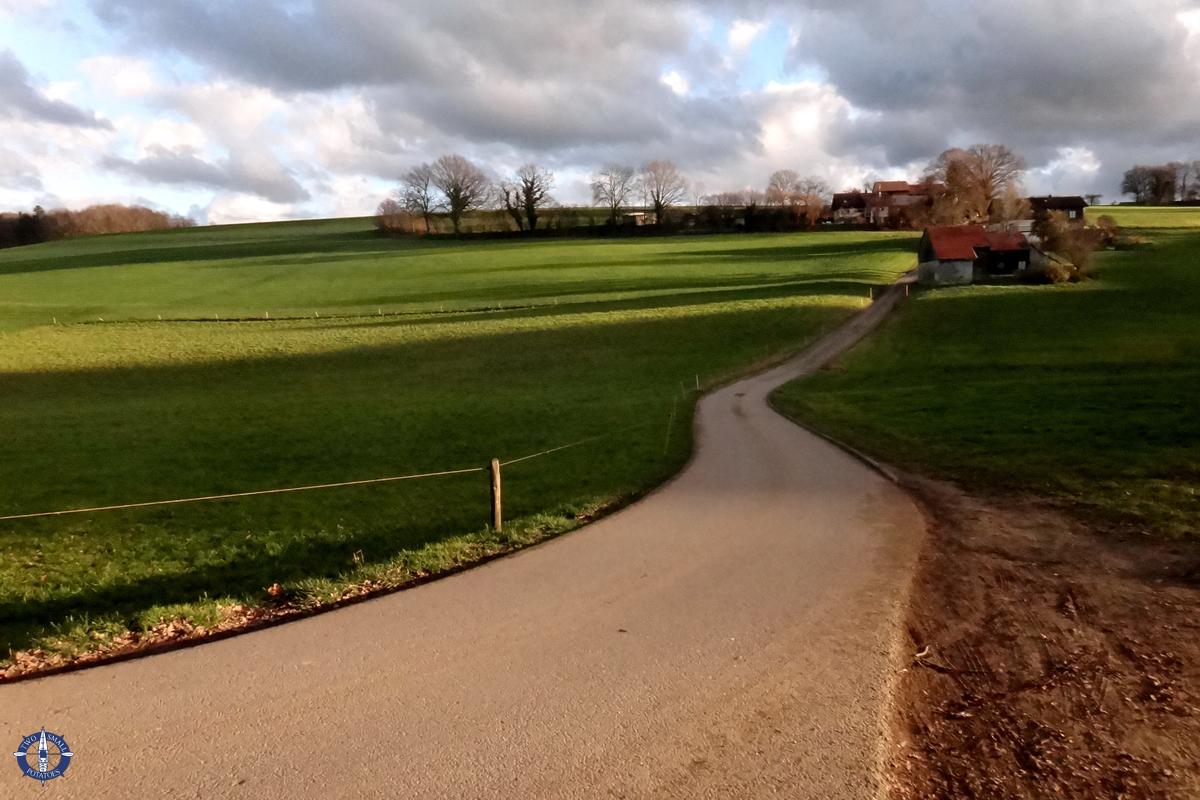 Expat Life in Switzerland
December 20, 2014 0
*This site contains affiliate links. If you purchase through these links, we may receive a small commission at no extra cost to you.

Since it’s mid-December and the weather has continued with crisp, clear vibrant blue skies every day, Trav and I decided to extend our typical walk with our dog in order to visit La Brillaz Chapel. The tiny, old church is located in a forest just a couple of miles from our house in La Brillaz, Switzerland.

We passed the mini amphitheater with wooden benches half circling a Catholic shrine just up the street from our house.

When we first arrived in Switzerland, the numerous and openly public religious shrines, crosses, and statues of the Virgin Mary were startling. After 6 months here, I’ve largely grown accustomed to them.

Winding through the fields past a few scattered country houses and one giant Bernese Mountain Dog, we turned off onto a narrow dirt road into the woods.

More hiking along a narrowing trail led us to the quaint little La Brillaz Chapel.

A statue of angels embracing stands at the entrance of La Brillaz Chapel.

Despite the sudden gloom of the cold wintry forest, I found the chapel entirely charming.

Since the door was unlocked, I popped inside.

Trav stayed outside to entertain Touille while I enjoyed a few moments of solitude in one of the tiny wooden pews.

Though not religious, I impulsively lit a candle and sent a few words of penitence off into the general unknown.

After all, I like to think that even when a tree falls in the forest but nobody is there to hear it, it still makes a sound. That means if a prayer is whispered by a non-believer in a chapel in La Brillaz, Switzerland, somebody hears it, right?Save

Looking for posts about travel in Switzerland instead of expat articles?

The following are some of the absolute best outdoor adventures you can have in Switzerland!