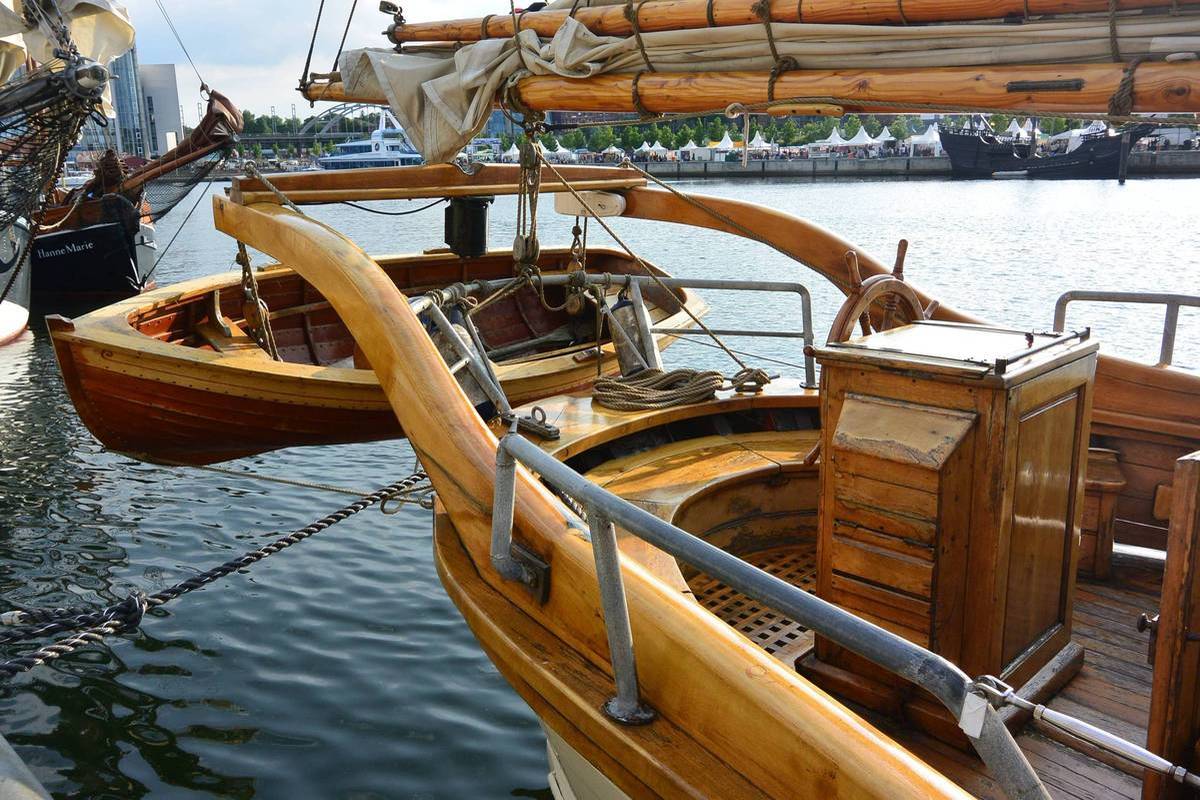 Germany
June 26, 2016 0
*This site contains affiliate links. If you purchase through these links, we may receive a small commission at no extra cost to you.

I’ve loved boats for as long as I can remember.  When I was a kid, we used to visit my Gramps at his cabin on the Coeur d’Alene Lake most every summer.  Nestled among swaying pine trees with stunning views of the sparkling blue gem of North Idaho, it was a country kid’s ideal summer destination.  As soon as we arrived, my sister and I would dump our stuff in the guest bedroom and dash down the steep S-curve trail, the thud of our footsteps muffled by a soft cushion of fragrant pine needles.

We spent every waking minute in the water or lounging on my grandpa’s dock, dropping our fishing lines without caring if we ever caught anything.  Summer storms carried entire trees to shore that became fodder for our enthusiastic log-rolling competitions.  My brother learned to water ski there, and my oldest sister paddled us around in an old row-boat.

One summer when Travis joined our family on a visit to the cabin, my grandpa actually let the two of us sleep on his boat, something he’d never done before.  We fell asleep to the gentle rocking of waves and to bright stars overhead – a night I’ll never forget.  Noticeably softening when we were on the water, my grandpa’s gruff exterior virtually melted away.  Teaching my sister and me how to tie a bowline knot and a cleat hitch, he suspended his typical prudence to allow our knobby-knees, propelled by giggles, to jump for the dock when we neared and make fast his boat.

When I first heard about Kiel Week, the largest sailing regatta in the world held right here in Germany, there was never a doubt we’d go.  We’ve only been sailing a couple of times (tiny boat + big winds + zero skill = wicked fun), but we love kayaking and being on the water, and we’ll ride in anything that floats.

Strap some logs together with a bunch of empty milk jugs and we’ll take ‘er down the Rogue!

I didn’t even realize until we actually arrived in Kiel how little I cared about the live bands playing on multiple stages, the carnival rides, or the food booths.

I mostly just wanted to see the boats – and boats we did find!

Throughout the entire afternoon at the Kiel Week festivities, I kept thinking about Gramps.  He would have loved seeing all the boats and talking to the other sailors.

Sadly, my grandpa and the cabin are both gone now.  His was one of the oldest homes on the Coeur d’Alene Lake, and every year we returned to a new line of homes along the shore until his generation had largely vanished from the lake front – older homes lost to bigger, fancier estates and cookie-cutter sub-developments.

My grandpa passed away some years ago, and the cabin was sold as part of his estate.  I haven’t been back since.  I don’t think I could bear it.  But every time I’m around boats or near the water, the memory of my grandpa is in the sound of the waves and the rush of water beneath the bow of a boat.