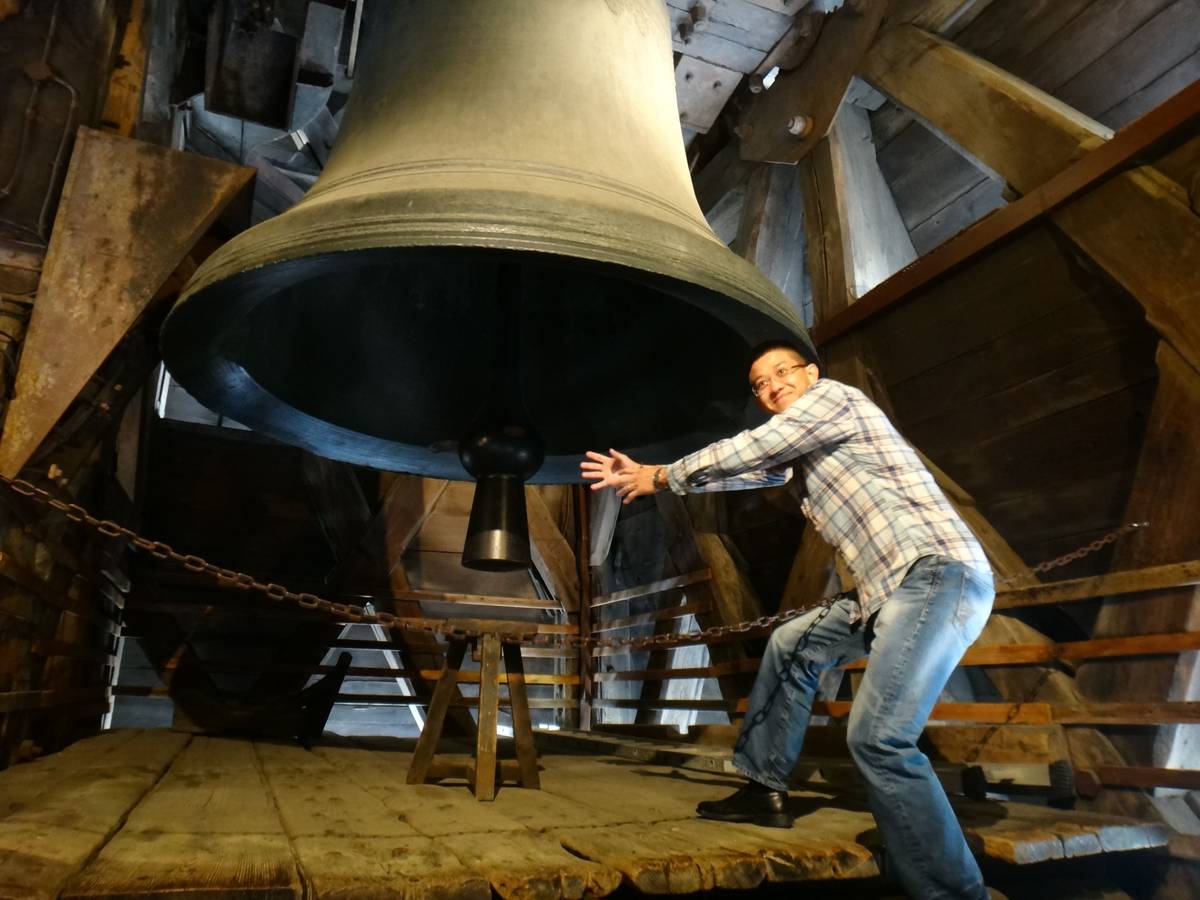 Khoasimodo and the Bells of Notre Dame

France
May 14, 2016 0
*This site contains affiliate links. If you purchase through these links, we may receive a small commission at no extra cost to you. 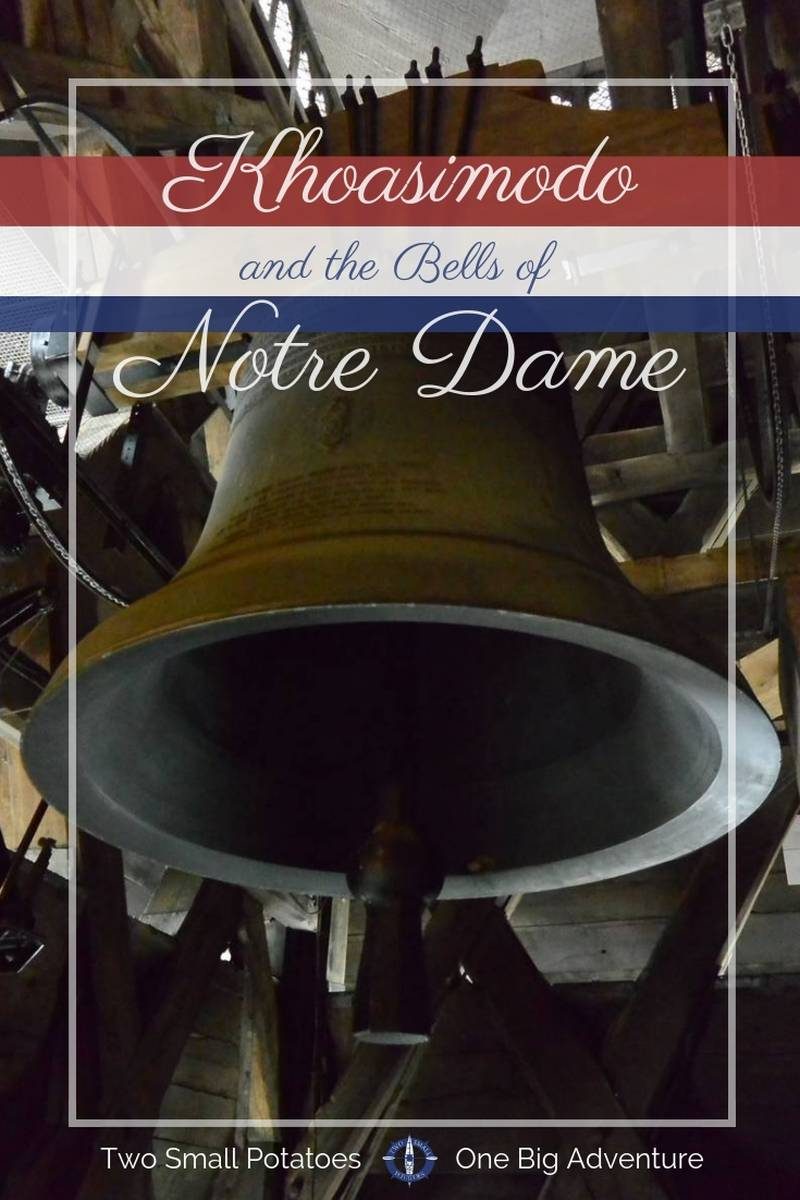 Perhaps it was luck – perhaps it was fate that our first trip to Paris ended up being with a friend whose name is Khoa. Pronounced Kwa, it’s not surprising that an easy-going prankster like our friend would become the target of countless jokes revolving around his name. Basically any word that starts with “qua” is fair game.  That said, I suppose it really doesn’t take a genius to come up with the nickname we bequeathed to him during our trip to Paris.  I couldn’t stop laughing the first time Travis announced we’d be visiting the bells of Notre Dame with Khoasimodo.

During our first night in Paris, we proudly shared our clever joke over drinks with Khoa and his lovely wife, Bailey. Chuckling politely, Khoa allowed us to think it was original for some time before finally gently informing us he’d heard the joke before.

Too impatient to wait for Khoa to leave the table and return, I nudged Travis with a smirk, indicating he should give him the next one-liner:

Khoasimodo, I had a hunch you’d be back.

For anyone who thinks they want to go on a road trip with us, brace yourself for our corny jokes. Click to Tweet

The morning of our visit to Notre Dame, Trav and I met Khoa and Baiely in front of the cathedral.

We admired it from the courtyard before falling into a quickly growing line stretching along most of the southern wall of the church.  Because of increased security after the recent terror attacks in Paris, our “skip-the-line” tickets we’d bought online in advance didn’t allow us to actually skip the line.  With only one entrance and one line to climb the narrow stairs up into the towers, we waited along with everyone else for entry.

I didn’t mind so much, except for the bitter wind that made me regret not wearing a coat.  The weather man had promised sunshine!

Finally at the head of the line, a hulking but friendly security officer scanned the folks in front of us with a wand before passing them through in small groups.  When his partner started to pass in front of him to return to her post, he automatically raised his wand to scan her as well before realizing who it was.  A small chorus of laughter ran through those of us at the head of the line as he grimaced bashfully at his own oversight, ushering us through with a giant grin.  Even the security personnel in Paris are friendly!

A few minutes later, we reached the top of the first set of spiral stairs in the tower, allowing us our first aerial views of the city.

Returning to the stairs, we climbed a series of wooden steps spiraling up inside the tower to the bell tower.

Of the two bells in the south tower, it was Emmanuel we’d come to see.

Famed for its purity of sound and craftsmanship, the 13-ton giant is Notre Dame’s bourdon bell, the largest of all its bells and the one with the lowest tone.  Though it’s been recast several times, it originally dates from 1681 and is the church’s only bell to wholly survive the French Revolution.

When France was liberated during World War II, the news spread across Paris with the ringing of Emmanuel.

After climbing all 387 steps, one final set of spiral stone steps led us to the top of Notre Dame high above the belfry.  To the west, we could see the Eiffel Tower from its own vantage above the Seine.

To the east stretched the length of Notre Dame and the tip of Île de la Cité, the small island in the Seine on which the cathedral was built.

With a final glimpse toward the Eiffel Tower, we plodded down the stairs in a long line of other visitors, only to fall in line in the courtyard to enter the main portion of the cathedral.  The line moved surprisingly quickly, and once again we were grateful for the relative warmth of the church’s inner sanctuary.

Leaving Notre Dame, I found myself in a khoandary.  I was khoasi hungry, but when we finally settled on a cafe from an impressive khoantity of options, I was appalled yet again that the prices were khoatro times the amount they should be.  I had no doubt the khoality was excellent, but how much could a khoassant possibly be worth?  What a khoagmire.  Wondering if they had khoafish on the menu, I glanced out the window and could’ve sworn I saw Oliver Khoamwell in khoatchless pants khoassing the street before realizing I’d slipped into a speech impediment.  Clearly I needed a cup of coffee to clear my head.  Khoando our drinks arrived, I eyed Khoasimodo’s cappuccino with envy, wishing that a cup of coffee still cost only a khoarter.  Ahh well, c’est la vie.

Planning a trip to Notre Dame in Paris?  If you’re not traveling with your own Khoa, we leave you with this little word challenge.  How many puns can you come up with that have “Khoa” in them?  Feel free to share any clever ones in the comment section below!

Hats off to Khoasimodo and Bailey for so graciously tolerating all of our incredibly cheesy jokes.