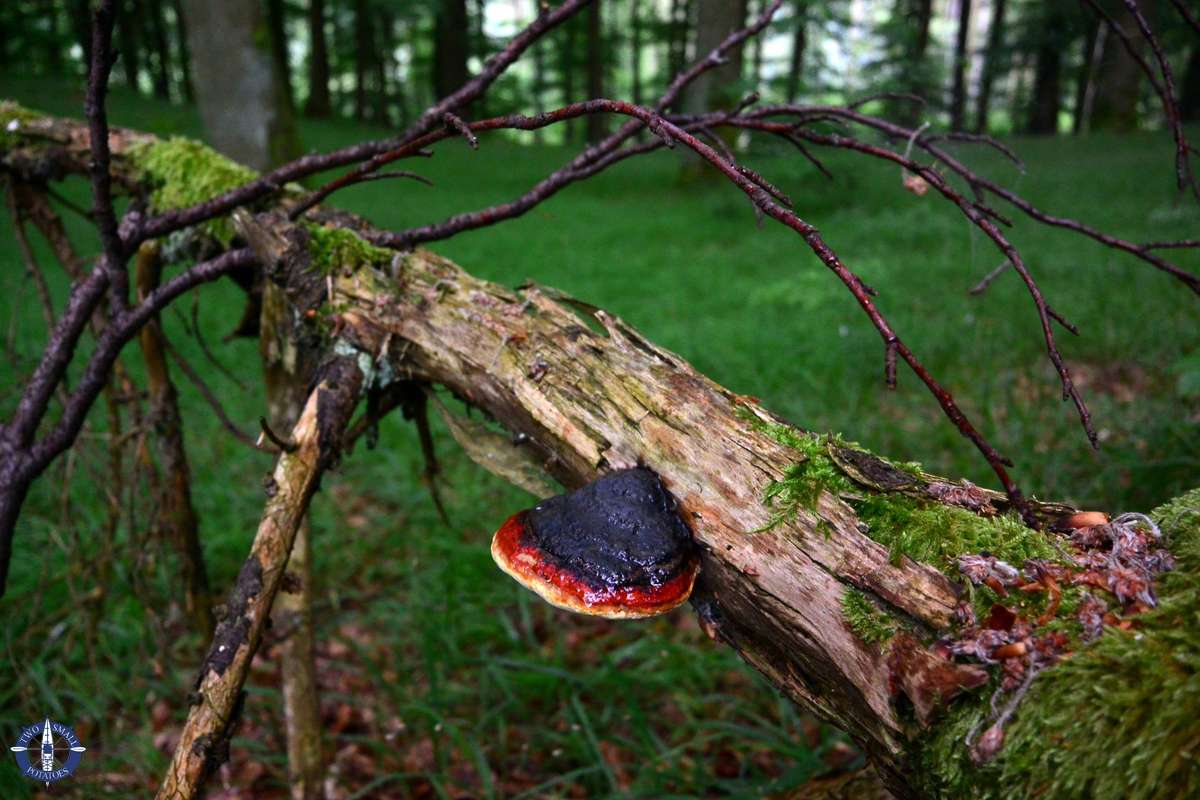 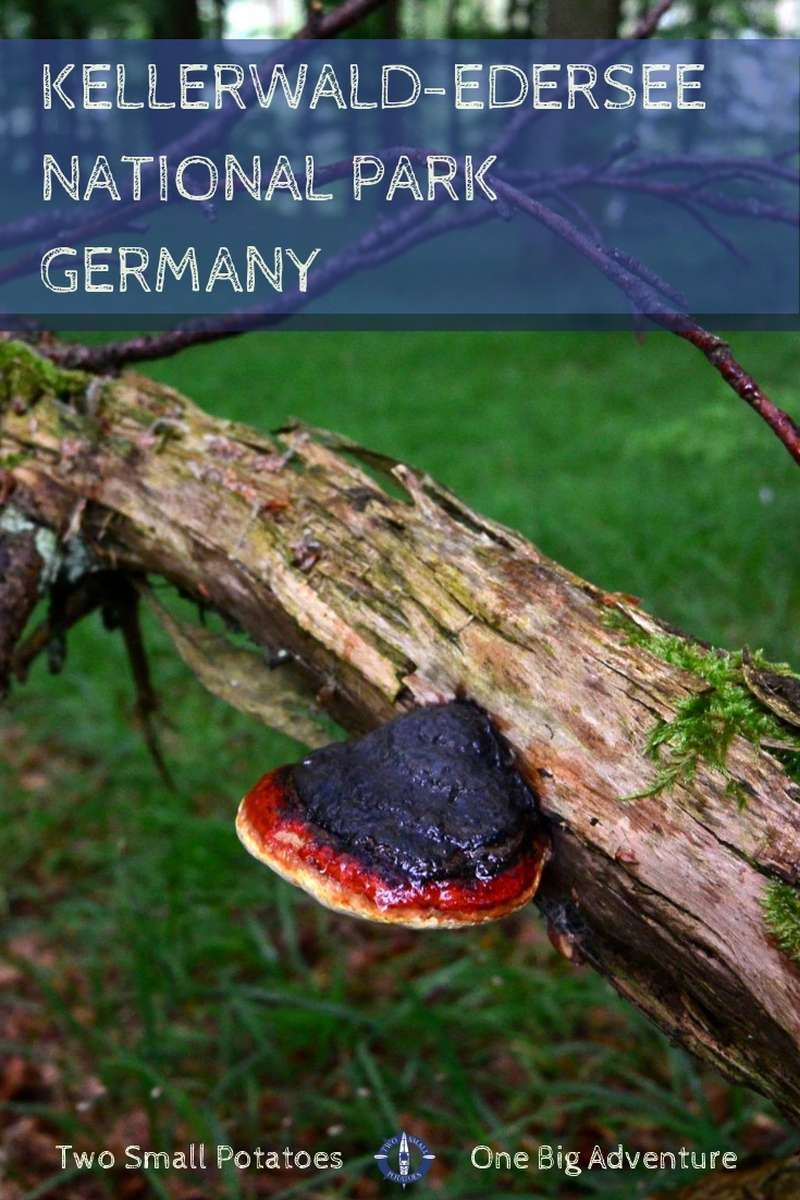 Regardless of where we happen to be living, June always marks the beginning of summer in my mind.  That means the start of a season filled with hiking, camping, kayaking, and the outdoors in any form we can find it.  As we enter our first summer in Germany, it means a chance to visit some of the nearby national parks. So far we’ve only visited Harz and Saxon Switzerland, but we’re pretty sure we can visit all 16 in the next couple of years we’ll be in Germany, even if the weather continues to be uncooperative.  Not ones to stay indoors just because of a little moisture, we decided to start my birthday weekend off at Kellerwald-Edersee National Park.  If you like dog-friendly hiking trails through brilliant green beech forests, you’ll definitely enjoy exploring Kellerwald-Edersee.

The park is quite small – just over 57 km² – but it’s encompassed within the much larger Kellerwald-Edersee Nature Park, lending it the sense of a more vast natural region.

As the only national park in the German state of Hesse, it was added to the UNESCO World Heritage List in 2011 for its ancient beech forests.  Separate nature areas in 12 European countries belong to this same UNESCO site, which is officially known as the “Primeval Beech Forests of the Carpathians and the Ancient Beech Forests of Germany.”  Covering over 5500 acres, Kellerwald-Edersee is the last of its kind in central Europe.

How to Get to Kellerwald-Edersee National Park

The park is located roughly half way between Frankfurt and Hanover in central Germany.  By car, it’s about 2 1/2 hours from Hannover and 2 hours from Frankfurt.  Buses do run to several villages surrounding the park, but these are rural villages that are still just on the perimeter of the park.  There’s no main “entrance” to the park or tourist facilities, so to speak.  You’ll be hard pressed to find even public restrooms, so plan accordingly.  If your primary focus is spending as much time in the park as possible, we recommend maybe staying a night in one of the villages – Feriendorf Frankenau,  Frankenau, Edersee, or Gellershausen – and hiking into the park directly from there.  Driving is definitely the easiest way to visit the park though.

Because the park is in a rural area of Germany, we drove to the perimeter, entering the park at the southern edge. We easily found free parking in a nearly deserted gravel parking area and randomly set off down one of the three available trail heads at the parking area.

Things to See in the National Park

If you follow the same trail we took, right after you start hiking, you’ll come across a Kohlenmeiler – an ancient kiln that at one time produced significant amounts of charcoal for the region before they were largely replaced by the rise in coal production.

To make charcoal, small branches and wood chips were placed inside the conical pile of wooden slabs.  Over that, workers packed moss and dirt to make the kiln airtight.  The fire lit inside would then be allowed to burn for at least a week, longer for larger kilns, reaching temperatures of over 300ºC.  The charcoal was ready when the thick, grey smog became a thin stream of blue smoke.

Wild animals in the park

Just past the first trail intersection is a sizable covered display with information about the park’s history, notable features, and local wildlife.

Yay for signs in English!

We didn’t see any owls, black storks, or wild boars, for that matter, though a fellow hiker saw several of the latter that we just missed near the trail toward the end of our hike.  Keep in mind that wild boars are actually quite common in many parts of Germany, not just in the national park, and they can be aggressive.  If you’re hiking with a dog, keep an eye on them.  Make sure they remain leashed or that you have firm voice control of them.

Major wild predators like big cats, wolves, and bears have long since been killed off in the park, but the signs do list two oddities with regard to wildlife.  The first is that of the “Wild cat – appearance documented.”  Accompanying the picture of an ordinary, angry house cat is the following description:

“It was considered to have become extinct in the Kellerwald for a very long time.  The wild cat has now returned.  It wanders through the forests hunting for mice all on its own as would be expected of a cat.”

If that isn’t a welcome reprieve from the typical German solemnity, this one certainly is.

Did you guys also know that Boggels used to live in them thar beech forests?!

Though catching a glimpse of them now is “doubtful,” German park rangers claim that a tribe of the adorable little green tree-loving, pufferfish-like critters used to dwell in the woods.

Ahhh, German humor at its finest.

*Note: If you see one, don’t try to touch it – they have a nasty bite.

As always when we’re adventuring outdoors, Touille the terrier was with us.  We hadn’t thought to bring her ball and Chuckit – dog’s best friend – so we lounged around throwing a stick for her in a huge grassy meadow.

If you travel with your dog, they’ll love hiking in Kellerwald-Edersee as much as you will.

Take a peak inside Quernst Chapel

If you end up taking the same trail we did, a short hike uphill leads you to Quernstkapelle – a 10-year old chapel built near the ruins of the old Quernst Church.

Watch out for ticks!

Venturing further into Kellerwald-Edersee National Park, we soon branched off the main wide gravel path we were following to take a much more wild and natural route, one that quickly left my sneakers soggy.

Typically preferring to hike in my favorite old Rafters, I was grateful I’d opted for closed-toed shoes as I thought about how many nasty little voracious ticks lurk in the grass in this part of Germany.  We thought they were a problem in Switzerland, but they’re even more prolific in Germany.

Be prepared for rain

As with most places in Germany, rain is common, even in summer.  It can drizzle or downpour all day.  Plan accordingly!

We started hiking in a light sprinkle of rain, but it quickly turned into an all-out downpour.  My jeans were soaked through in no time flat and water oozed from my tennis shoes.  Lucky for us though, we were hiking on a fairly warm June day, so we welcomed the refreshingly warm summer rain.  It wasn’t even necessary to add layers over my tank top.

Sometimes it’s just nice to be soaked while you’re hiking.

Periodically stopping to scope out interesting mushrooms and conks, we completed our 8.5 km loop hike just before 9 pm while it was still quite light outside.

We spent about 1/2 day in the park, but if you’re not hiking with a dog or stopping for a lot of photos, you can easily do it in just a couple hours.  It has very little elevation gain and is quite easy.  Conversely, you could also easily spend an entire day exploring various trails.  Our estimate is just for the relatively short hike we did.

What not to miss in the area

If you’re open to taking a “scenic route” when you leave the park, head west and then north to drive the twisty curves around Edersee, a lake very near the national park.  With campgrounds right on the lakefront and calm, safe water, it’s popular for swimming and boating.

When we left the park, we stopped at a pull-out around Edersee, eyeing it and trying to decide if we wanted to throw in our Oru kayaks for some night paddling.  Instead, we opted to come back some other day.  Despite the deceptively light skies, it was nearly 10 pm!

It stays light incredibly late in central Germany in the summer.  Remember that when you’re planning your visit – you can really pack in the activities during the extended daylight hours.

All in all, Kellerwald-Edersee is a nice park with really pretty forests.  Since it doesn’t see the huge volumes of visitors like Berchtesgaden National Park, you very well might not see another hiker while you’re on the trail.  That said, it isn’t “wilderness,” and if you’ve spent a fair amount of time outdoors, you likely won’t be blown away by the landscapes.  Nonetheless, we still recommend it to nature enthusiasts if you happen to be in the area, particularly if you’re traveling with furry friends.