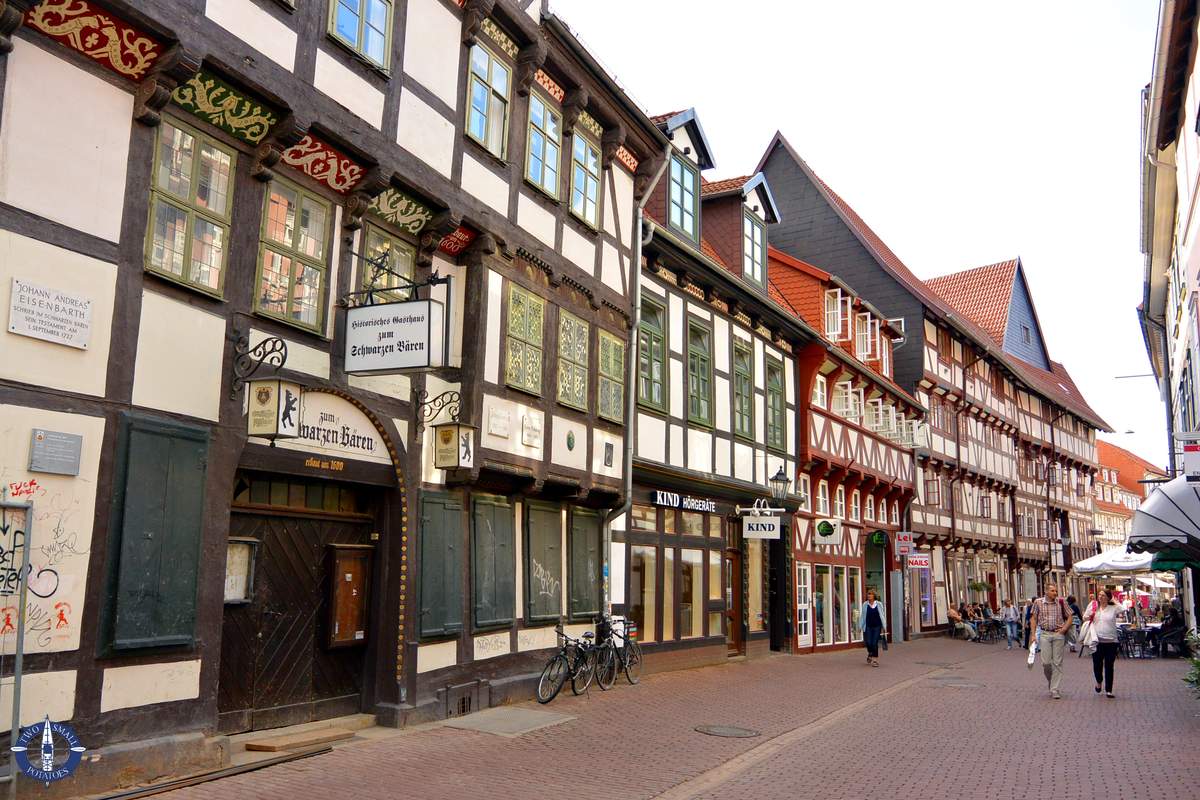 Exciting news – Travis was invited to go to Göttingen, Germany for a job interview! Just in the nick of time of time, too. July 31st is a big day that’s rapidly drawing near. At the end of July, our visas officially expire in Switzerland, our lease ends and we have to move, and Trav’s job ends.

When we moved to Switzerland, none of the five biology labs in Europe where Trav interviewed had posted job openings like a “normal” job. Instead, he narrowed them down by field of research and contacted each PI (Principal Investigator, or boss of a lab) individually to determine if they might have funding and consider him in joining their lab.

With his post doc in Switzerland ending prematurely, he’s once again spending countless hours researching labs in an effort to find another post doc, but openings are few and far between because his research is very specific. We’ll go anywhere he finds a post doc that is a good fit, including back to the US – with all the benefits that entails! It makes the most sense for us to remain in Europe though since it took considerable effort and money to move here, and we’re already here.

Recently Trav found a lab in Göttingen, Germany that matches his field of biology research. After contacting the lab, the PI invited him for an interview immediately, and we headed north just a few days later. Only 6.5 hours away by car, it was simple enough for us to drive up to Göttingen to spend a few days exploring the area.

While Travis spent two entire days meeting the PI, talking to the members of her lab about their projects, and discussing research possibilities, I was able to explore on my own. Sometimes it’s such a luxury to travel alone – to wander at your own whim, stop where you want, or visit just the sights you want to see. He was able to join me on our final day in town for a little exploration.

It’s a small’ish university town and not a huge tourist destination, but if you find yourself in town, this list of things to do in Gottingen, Germany will keep you busy for a day or two!

Armed with recommendations of what to see from folks in the lab there, we first visited the most famous site in town – a fountain with a girl and a goose statue called the Gänseliesel.

Erected in 1901, doctoral graduate students from the local university started the tradition of forming a procession to the statue after graduation in order to climb up and kiss the Goose Girl.  Though it’s now technically forbidden, the tradition continues, and the fountain’s claim to fame is that the Gänseliesel is the “most kissed girl in the world.”

Arguably, this honor likely goes to Resusci Anne, the famous CPR doll, but the fountain is a charming tradition for locals that continues to draw in tourists.

We were a bit disappointed it was so small, that folks were crowded all over the tiny perimeter eating lunch, and that the light was terrible for photos, so we continued on to the tourist office in the medieval town hall in the same central plaza.

Now there we were in for a surprise!

The interior of the old town hall, or Rathaus in German, is really stunning. Every wall and the entire ceiling is covered with intricate paintings. Low light from a handful of medieval chandeliers mimics the warm natural light of candles. Shaped like royal crowns, the chandeliers are studded with brightly colored red, green, blue, and yellow glass or gemstones.

The Rathaus houses several different administrative offices, including the tourist office, so we popped into the little side room and chatted with a ridiculously nice lady there.

Armed with a map and a list of her recommendations, we reentered the main hall in the midst of a wedding celebration. Bubbles floated in the air, glistening like tiny rainbows in the soft light, and each guest held a single long-stemmed sunflower. As they lined up along a curving stairway, we sat for a few moments to watch the bride and groom enter for the first time as husband and wife.

From the town hall, we were in the perfect place to start a walking tour from the very heart of Göttingen, which remained largely undamaged by Allied bombing during WWII.

Located centrally and surrounded by cathedrals, a superb shopping district with cute shops, and beautiful Bavarian architecture, the remains of the medieval fortress walls surrounding the downtown center have long since been converted to hiking trails. Right in the midst of this town of 120,000 people, you can access the downtown area in the heart of the city, yet never leave the woods.

As seems so often to be the case, our first stop – after getting ice cream – was to visit a cathedral, in large part because it seems like every third building in Europe is a church.

St. Jacobi has a rather unfortunate history, owing both to natural disasters and to thieves. Not only has it been struck by lightning three times, the last of which reduced the church to ashes, but in 2009, thieves conveniently scaled scaffolding alongside the church in the dead of night to dismantle and steal the golden tip of the spire, a crime that has never been solved.

Who steals from a church?

I’m not particularly religious, but that’s like kicking a puppy or not liking the movie Ice Age.  Who could be such a monster?!

The interior of the cathedral was a surprise.

The archway and columns have been painted starkly in red, gray, and white with bold geometric patterns.

Foreboding notes reverberated from the oddly modern silver and gold organ that was built by Paul Ott in 1964. The gold and black winged pattern on the organ was strangely familiar, like the lines from a book I’d been read as a kid but couldn’t quite place. The entire time we were there, I stewed over where I might have seen a similar design, but we left without being able to put it into any context.

The organist didn’t seem to mind playing to an empty church, and we rather enjoyed our private performance.

As always when we hear organ music, we half expected to first hear the ominous opening bars from Phantom of the Opera, but alas, we were again disappointed.

Why do church organists never play that?!

We spent a fair amount of time wandering the streets, enjoying the classically German architecture, live music spilling down side streets, and the friendly atmosphere from fellow tourists and locals alike.

The gal in the tourist office had circled a street on the map that’s particularly famous for its architecture because of its traditional mixture of stone and wood construction.

When we arrived, we found the street quite pretty but couldn’t discern a difference between it and all the equally delightful buildings lining adjacent streets! With an abundance of pedestrian-only streets and bicycles, the entire downtown looks like it hasn’t aged in a hundred years.

We didn’t intend to seek out or visit any additional churches, but when we spotted the twin spires of St. Johannis Church down a side street, we took a detour for a closer look.

Not just any ordinary church, St. Johannis is a living piece of history. For 600 years, the city’s guards lived and worked from the church’s north tower, watching for early signs of building fires below and warding against enemy attack.

Sadly, this tradition ended in 2001 with tightening of the city’s building ordinances. Good things always must come to an end.

After hiking all over Göttingen, we picked up some dinner at a Turkish kebab shop (only 6 euros for dinner for both of us!) and took it to go. Driving a couple of kilometers down the Bismarckstraße, we reveled in the quiet countryside after the hubbub of town all day.

Ample parking along the narrow country road just below Bismarck Tower, our intended picnic spot, left us with a short hike up the steep, forested hillside. We were delighted to find the tower perched on a ridge in a beautiful stand of trees. It was much taller than I expected!

The most perfect stone and wooden picnic table waited for us beneath the tower. We enjoyed dinner in its welcoming shadow and talked about our impressions of the town, Trav’s interview, and how we felt about living in Germany.

Though its list of touristy things to do is perhaps rather short (not unusual for a town of its size), we liked Göttingen immediately. With friendly folks, affordable prices, and a youngish university community, we felt it would be somewhere we’d be quite happy.

As if we weren’t already rather taken with Göttingen, one final event left quite an impression.

While we were eating dinner, we heard the distant, broken notes of singing coming from the woods below us. Enjoying the music, we headed down the hill toward the sound after dinner.

Arriving at a break in the trees above a large gravel parking area, we could see a small amphitheater down a wide path well down the hill. Curious, we walked close enough to sit on a giant log. No sooner had we plopped down to listen than one of the audience members turned and emphatically gestured for us to join them.

Wondering if we weren’t intruding, we hesitantly walked down. Kids played in the fields near tables laden with food, and at least 20 people were seated around the amphitheater with another handful singing and playing guitar. An adorable friendly dog greeted us cheerfully, then promptly sat on our feet as if to keep us from leaving.

Repeatedly, folks gestured for us to come take a seat, but we were content to stand, listening as the group ran through several folksy songs in both German and English.

The entire scene was like the German version of a Norman Rockwell painting.

At a break between songs, we thanked them and turned to go.  Someone said someone lengthy in German, to which we could only reply that we didn’t speak German. A chorus of voices chimed in in English, insisting that we stay. Thanking them again and giving one last pat to the dog, we left the woods, followed by the sounds of singing.

Who knows what the future holds. Trav might be offered this job or not. We might end up moving to Göttingen or not. But this unexpected welcome to two total strangers in the middle of the forest will always be a warm memory. And even if we never move there, we appreciate the opportunity to spend a few days discovering the best things to do in Gottingen.

Type to search or hit ESC to close
See all results
wpDiscuz
5
0
Don't forget to leave a comment!x
()
x
| Reply
We use cookies to ensure that we give you the best experience on our website. If you continue to use this site we will assume that you are happy with it.Got it!