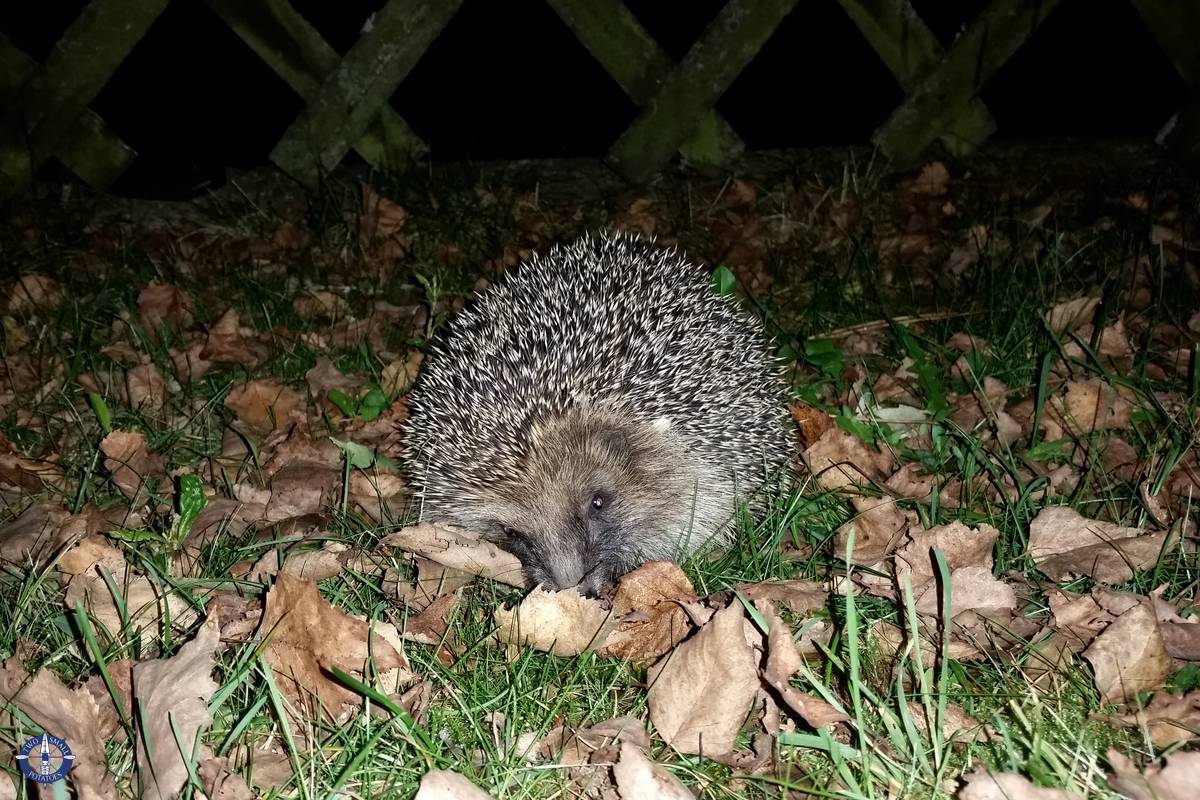 Expat Life in Switzerland
October 23, 2014 2
*This site contains affiliate links. If you purchase through these links, we may receive a small commission at no extra cost to you.

Is there such a thing as too much adorableness? I would argue yes! And it comes in the form of a little roly poly prickly ball of hedgehoggeryness. Folks have been telling us since we moved to Europe that there are hedgehogs in Switzerland. Apparently they’re native here – and plentiful.

A few weeks ago, Trav claimed he saw one in the front yard, but by the time he’d called me outside, it had disappeared.

If a hedgehog appears in the front yard but nobody sees it, was it ever there? Click to Tweet

Not long after that, we saw a small, gray, semi-prickly pancake that resembled the remains of a hedgehog along the side of a road.

Since I always try to avoid looking directly at roadkill – as if seeing it makes it somehow more dead – I tried to convince myself that a wayward Swiss litterbug had marred the otherwise pristine roadway with a piece of trash.

Not likely, but hey – nobody’s perfect.

Trav let Touille the Terrier outside for her nightly snuffling, and she honed in on a spot under the big tree in our front yard.

She investigated and discovered the hedgehog adorableness you see below.

As soon as we realized what she’d found, we called Touille away from him. She never harms critters of any kind, but he didn’t know she’s harmless. I imagine a curious, snuffling dog multiple times your size must be pretty alarming for any wild animal.

Though I was tempted to pick him up to snuggle him, I refrained with supreme effort.

Someone at a party recently told us you can easily pick them up by sliding your hand under their warm, soft underbelly, and they just wrap their little paws around your fingers to hang on.

That’s all fine and dandy, except it’s not. We try not to disturb wildlife whenever possible. Picking him up would likely have just terrorized him needlessly.

This little nugget definitely didn’t appear comfortable with our presence. The longer we watched him, the more he appeared to shrink into himself. Though he didn’t actually ball up, he just looked scared.

We snapped a couple of photos and left him in peace for the night.

We’ll continue to let him do his thing in our yard, and he’s welcome to help us rid our property of pesky insects. Hopefully our yard will continue to offer him a safe haven from the dangers of the nearby road.

We’re looking forward to seeing many more hedgehogs in Switzerland while we live here!

Hedgehogs are common in Europe, but they’re facing increasing threats from cars, pesticides, and human activities like mowing grassy areas.

To help them, an amazing retired engineer and doctor’s assistant have created the largest hedgehog sanctuary in Switzerland. They now take in an average of one hedgehog every day and provide round the clock care until these hedgehogs can be returned to the wild.