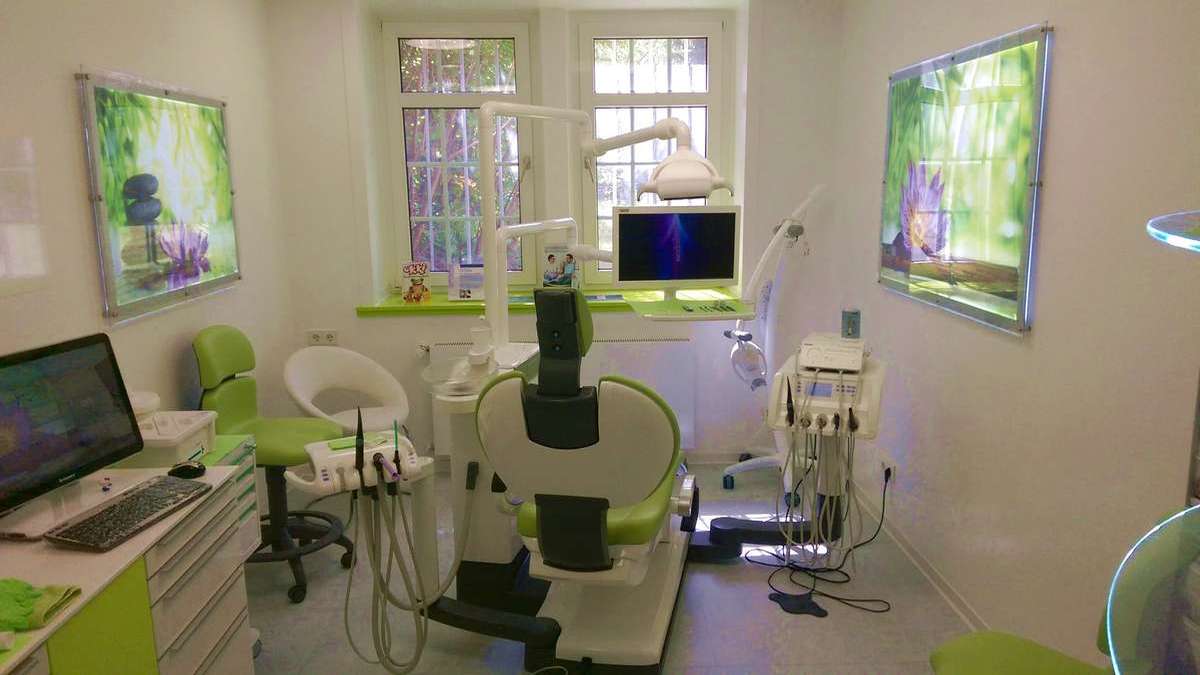 How scary is a trip to a German dentist?

One of the hardest things we’ve discovered about moving to a new country, particularly one in which we don’t speak the language, is finding new medical professionals.  Since we rarely go to the doctor and haven’t had dental insurance since we left the US, we were crossing our fingers that we could squeak by for a few years in Europe without needing to go until we return to the States.  Considering that I have horrific teeth and it’s now been two years since either of us has seen a dentist, I should have known it was a pipe dream.  When I lost a big filling several weeks ago, an appointment with a German dentist suddenly became unavoidable.

How do you find an English-speaking dentist in Germany?

In the past, we’ve usually relied on referrals from family and friends to find a good dentist.  Just a few days before my filling came out, I’d joined a newly created Facebook group for expats.  Though it primarily consists of couples with kids, the host welcomed us as members, and I promptly started receiving updates with helpful postings.  When I put out a request on the page for dental suggestions, another expat immediately responded with a recommendation for a dental office downtown.

Though they were booked out for weeks, the office squeezed me in as an “urgent” appointment in less than a week.  Pretty impressive considering I was a new patient.

For those who don’t know, I hate going to the dentist.  I’d rather have a spinal tap or suffer the pain of a broken bone than go to the dentist.  (Seriously, I’ve had both – they don’t hurt that much.)  Plus, I had this stereotype in my head that German dentists are all Stoics who do dental work without lidocaine in sinister 19th-century dungeons.

Arriving at the appointment, I was relieved to find a comfy waiting area with a huge fish tank and giant fresh-flower arrangements.  My allergies didn’t appreciate them, but how scary could a dentist be if they had such a nice waiting room?  One of the younger staff members spoke enough English to check me in and instruct me on filling out the bilingual English/German patient form, a rarity for documents here.

After waiting nervously for just a few minutes, I was called back to The Room. I don’t know if any of you have dental horror stories, but I certainly do.  To them, I owe my current aversion.  Due to a combination of unfortunate genes, lead poisoning for years as a kid (thanks for nothin’, Bunker Hill Mine), growing up in areas without fluoride in the water, and poor dental hygiene while I had braces as a teen, my teeth are  now more mercury than dentin.

One enterprising dentist in New Mexico repaired 8 cavities in a single appointment using sedation, anesthetizing my entire mouth.  Luckily I don’t remember the 4+ hour appointment, but I remember how my mouth felt when the lovely anesthetic wore off.  Apparently not one to learn a lesson, I later insisted that a dentist in Oregon fill six at one time.  Better to get them all done in one go, I thought.  Six hours later, the dentist finally cut me loose after filling just four of them, apologizing that the decay was far worse than she’d realized and asking me to schedule an additional appointment.

Despite taking good care of them as an adult, the damage is irreversible.  Most of the enamel is gone.  A typical annual check up requires 4-5 new fillings.  And my appointment with my new German dentist brought a new surprise: decay beneath a handful of fillings.  Oh joy!

After meeting with Dr. Römer, the English-speaking dentist in the office, she warned me that the tooth would very likely need a crown and/or a root canal.  With another amalgam filling covering 3/4 of the same tooth, it left her with few options.

She took x-rays, then showed me areas of decay underneath a handful of teeth filled by different dentists over the years, recommending I have the old fillings drilled out to get to the decay, then re-fill them all.  We scheduled another, longer appointment to attempt to repair the tooth with the lost filling, which she did last week.  In less than an hour, she drilled away most of the entire tooth, leaving one small edge to which to attach the new composite filling.  It’s a temporary fix to see if the tooth dies, so I’ll be going back in May 25th for the final verdict.

Since she drilled the tooth on May 3rd, I’ve been living with an insane toothache, popping Ibuprofen like Smarties, and bizarrely hoping it keeps hurting so at least I know it’s still alive.  Anything to avoid having to pay for yet another crown and a root canal.

Really, though, I’m grateful for the recommendation.  So far, Dr. Römer has been one of the most gentle, concerned, careful dentists I’ve ever had (and I actually have had some great dentists – namely Dr. Stockwell in Everett, Washington).  Not only does she strike me as quite competent, but she knows I’m not familiar with what our German insurance covers or how the costs differ for dental work.

She clearly laid out my options and the costs, and best of all, informed me that the initial appointment would actually be covered by our TK Medical (despite not having dental insurance).  They’ll also cover at least some of the fillings.  Even a crown out-of-pocket here will cost about €500, which although not cheap, is a far cry from what they cost in the States.

We are looking into dental insurance, but the only one I found so far that works with TK has an 8-month waiting list.  If anyone has recommendations, please feel free to share them here!

For now, I’m again eyeing our budget with the expectation of some rather hefty out-of-pocket dental expenses in the next year in a half.  Though I’m still dreading all the appointments to come, at least I know my rickety teeth are in good hands with Dr. Römer, our new German dentist.

Know Before You Go
508 shares