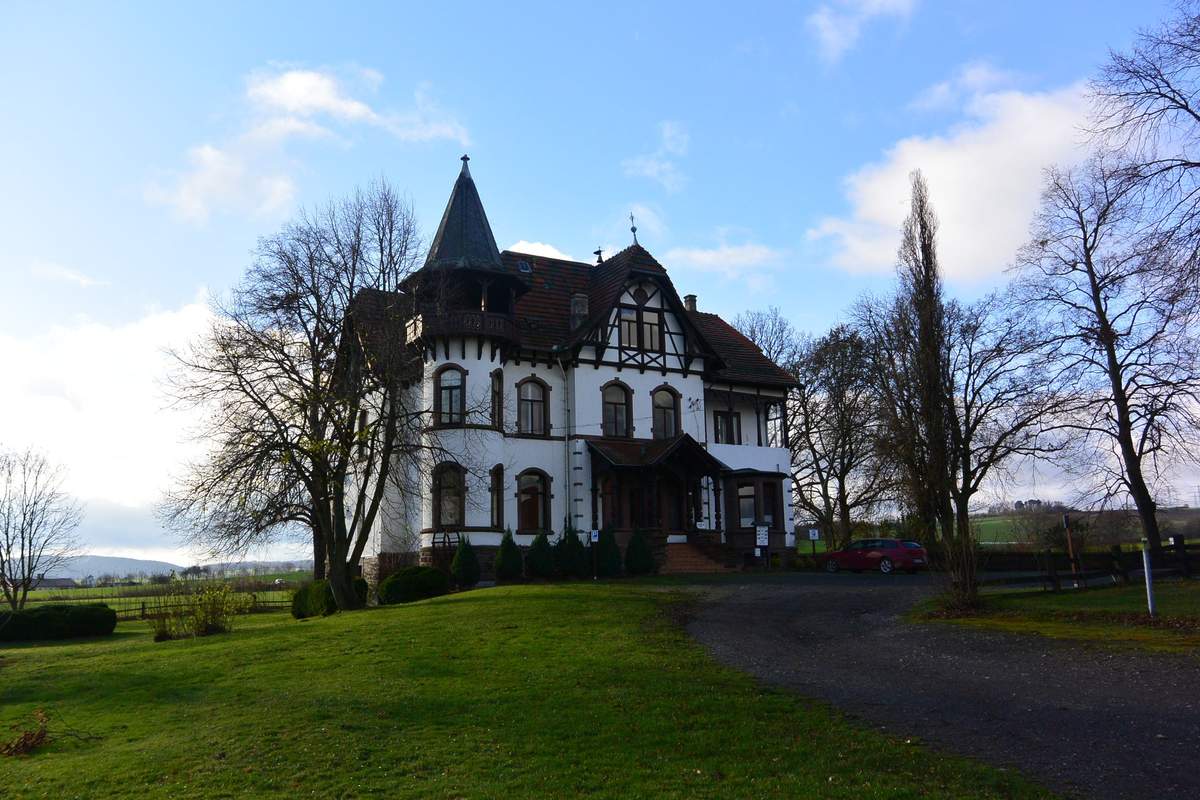 For the last three days, the Guesthouse Gut Reibstein has been our home in Germany.  Arriving on the evening of the 19th, the lights of the massive mansion glowed weakly through an icy November downpour.  As the sole house rising up out of the dark countryside, the setting was straight out of a Stephen King thriller.  Unlike his typical book character, however, our host greeted us at the front door and warmly welcomed us to our flat – one of five in the entire huge home.  After a tour of the 100+ square meter apartment and a brief chat, she wished us a good night.

Though old mansions like this may be rather common in Europe, they’re a novelty for two Americans from the West Coast.  I couldn’t get over the 15-foot ceilings, double arched windows taller than me, and a tiny but charming round breakfast nook perched on the corner of our top floor flat.  Ringed with windows, it was flooded with light in the mornings.

Though the listing said the flat could accommodate 11 people, the bedroom only had 3 beds, all singles, so I’m not sure where all those people would sleep, except that there was ample floor space.

Since we’ve never gotten used to the prevalence of single beds in Europe, even in rooms for couples, we  made our own double bed by pushing two of the singles together.

Can anyone please explain why the beds here are so small?!

Though the place had a large couch and over-sized tv in the giant living room, we barely used it.  We’ve fallen out of the habit of watching tv since we left the US, and it never even occurred to us to turn it on.

Since the guesthouse didn’t offer WiFi, we didn’t spend much time there.  During the day, we headed into town to find WiFi and continue our hunt for an apartment.  It’s a shame, too, because we would have enjoyed the solitude and charm of the place much more if we were on a normal vacation.  The surrounding fields were perfectly neat and surprisingly green, and the guesthouse grounds were immaculate.

Like the last two Airbnbs where we stayed, this guesthouse also offered services for stabling your house.  Landlords in Germany might not be dog friendly, but folks sure are horse friendly!

On Saturday we had an appointment to see a flat, the third one we’ve seen here.  (The first won’t be available until January 1st and the second wasn’t pet friendly.)  A spacious but older apartment just a few kilometers from the Gut Reibstein, the location was rather isolated and far from ideal.  We would also prefer not to have to buy an entire kitchen, and as is common in German flats, this flat was pretty bare bones with a kitchen devoid of a single appliance and rooms stripped of light fixtures.  Even the medicine cabinet had been removed from the wall.  We took an application in case we decide to apply for it.

Our three days at the guesthouse flew by.  By 10 am sharp, we were loaded up in record time. Bright sunshine, snow flurries, and temps hovering above freezing accompanied us as we checked out.  In hand, I had the information about a possible housing connection as well as an English-speaking job at a local school, both provided by our host. 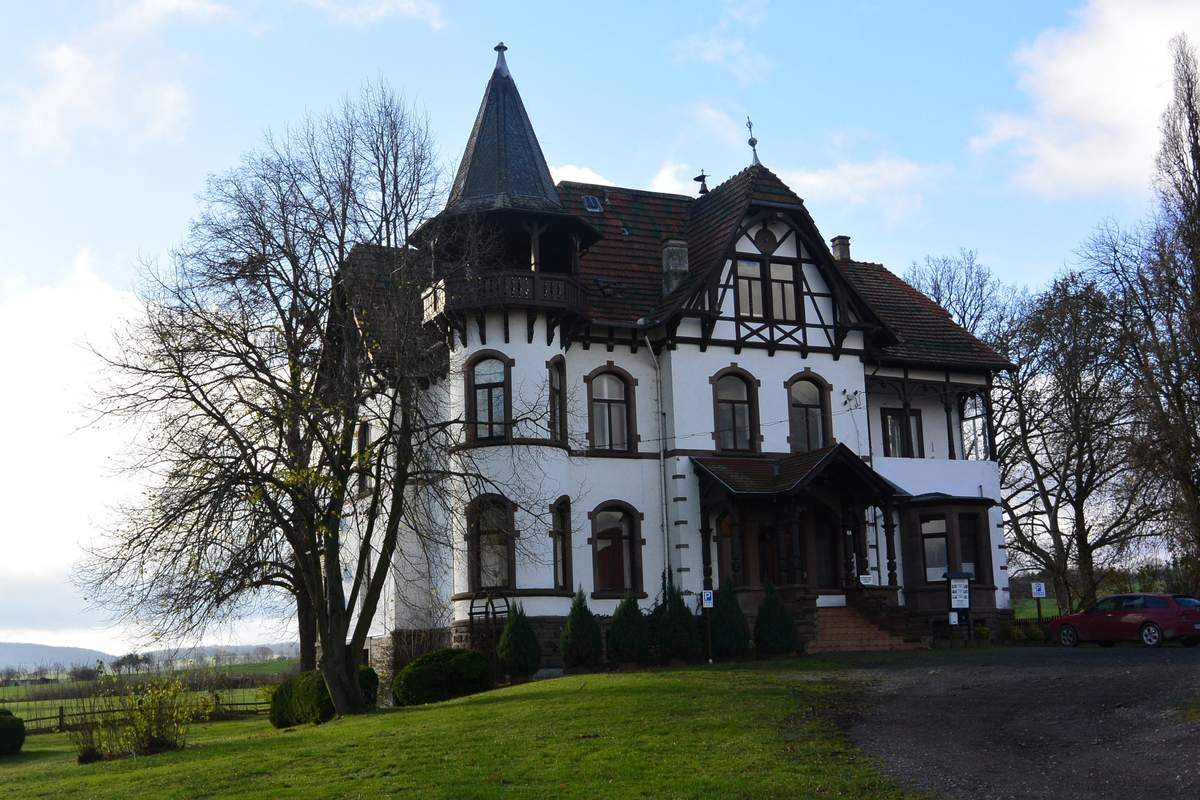 As was the case on the 19th when we had nowhere to go between guesthouses, we again found ourselves in the same boat.  We couldn’t check in to our next guesthouse in Göttingen until after 3 pm.

Where to kill five hours in Germany – on a Sunday when everything is closed – with a dog, a cat, and some houseplants – when it’s snowing and the temp is hovering around 2°C…