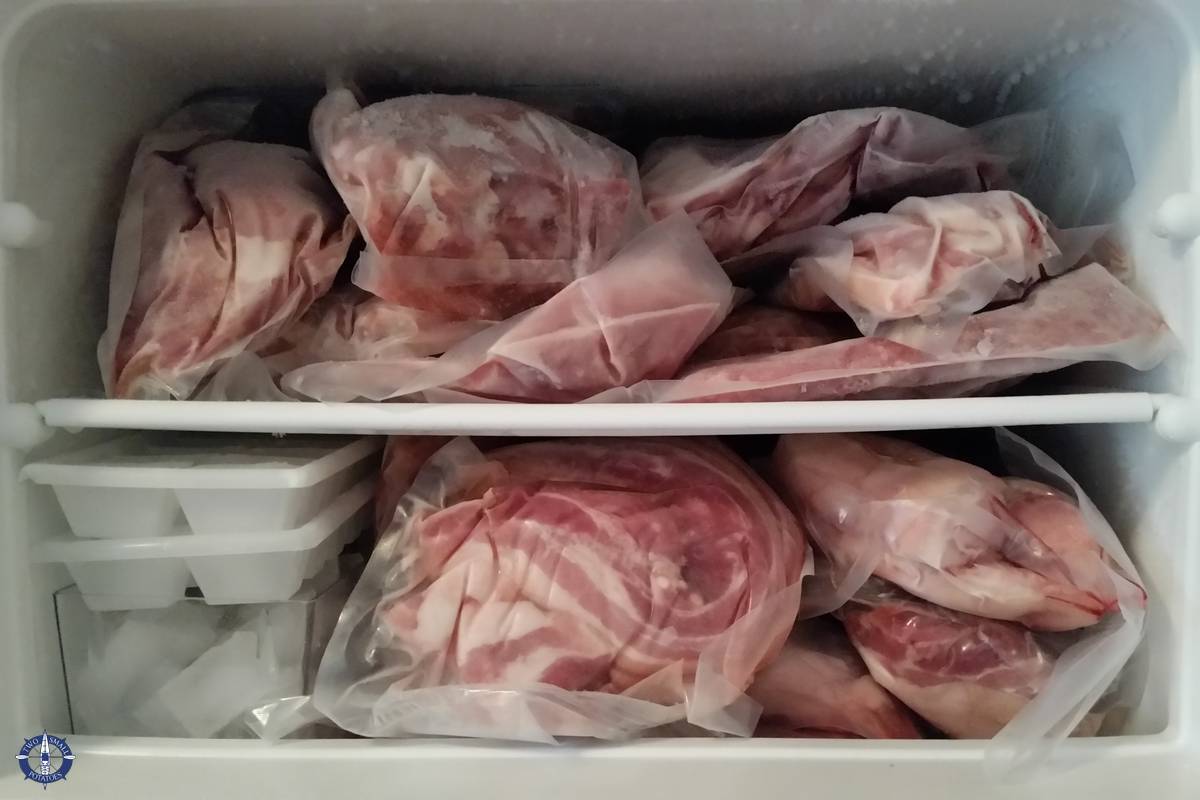 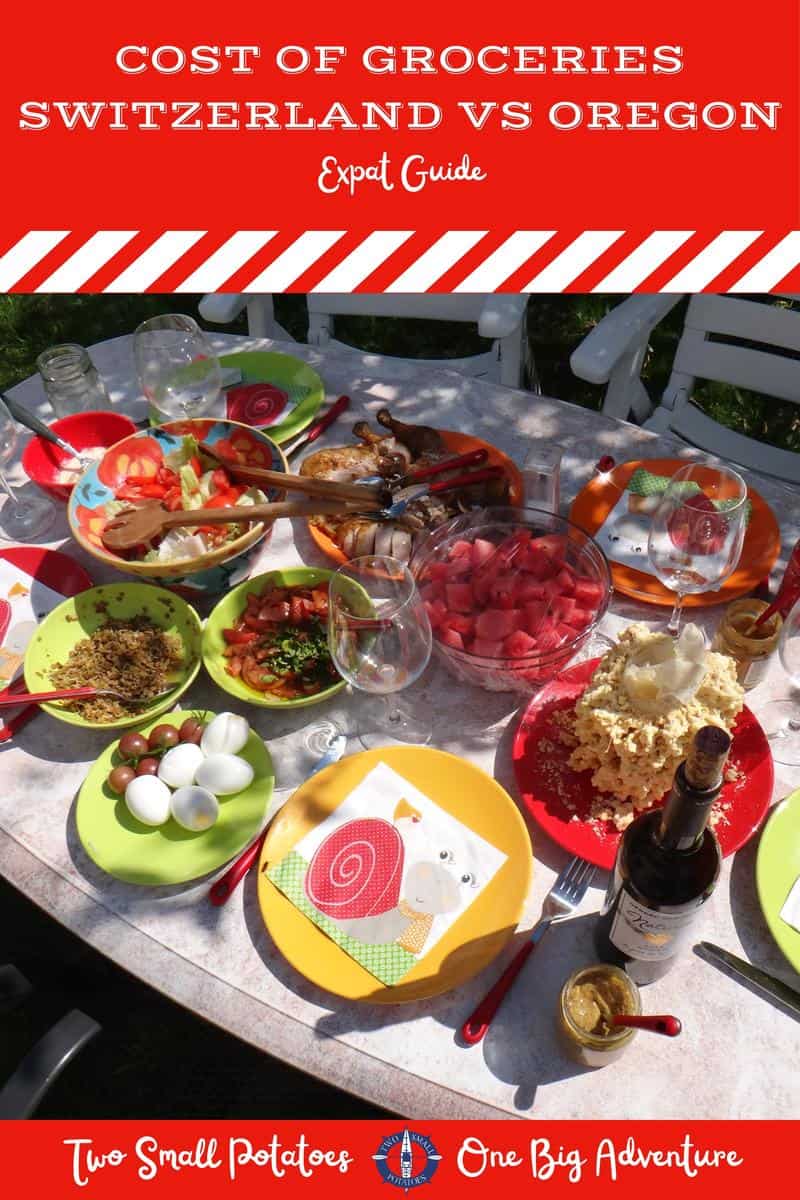 The high cost of Switzerland food prices was a huge shock when we first moved to Europe. It definitely has made us think more closely about how much we used to spend on groceries in the US in comparison. We’ve been brainstorming how we might cut our new, eye-watering grocery bill.

Moving to Europe has also made us think more about where our food comes from, our meat consumption, and the impact of our personal diet on the environment.

It’s something we probably should have considered more in the US, but both of us were raised in working class families where the primary consideration when buying groceries was the cost. When you can’t afford anything but the cheapest option, that’s what you buy. And things have changed a lot in the food industry since we were kids.

How much thought do you give to what you eat every day and where and how it’s produced?

It also spawned the beginning of a long and successful advertising campaign that would become one of the most parodied ad slogans in history, with non-profits such as PETA using it in their “Got Pus?” campaign in 2002 to combat the dairy industry. The dairy industry used variations of the ad in recent years to slam soy milk, a direct competitor.

It’s fascinating to see just in our lifetime how American public perception toward the dairy industry, agriculture, and our consumption of the products they provide has changed. Science, technology, education, and an increasingly globalized planet have raised awareness of the impact we have on our environment – our carbon footprint.

Always a bread lover, we now go through at least 2-3 loaves of bakery bread a week, plus a loaf of sandwich bread for lunches.

Peanut butter, a cheap staple for us in the US, comes in tiny jars and hovers around $4 in Switzerland. We still buy it but have supplemented it with Nutella. The two combined? Yum!

Doesn’t this make you wish you had MILK?!

Monthly Cost of Groceries in the USA

The average cost of groceries in the US for our household of two was about $200/month.

This cost didn’t change too much over the years despite living in multiple states – Washington, Oregon, Idaho, and New Mexico. It’s important to note that we didn’t live in any big cities in those states, so our cost of living in the US has always been relatively low. If we had lived in Seattle, New York, or San Francisco, this wouldn’t be the case.

Our monthly amount would be higher if we were throwing a big party or going on an extended weekend trip. We’d splurge and spend closer to $300, usually with the difference spent on alcohol and road-trip snacks like beef jerky, an obvious road-trip staple.

We didn’t buy organic (too expensive) but tried to buy local whenever possible.

Have you hugged your local farmer today?

During the seven years we lived in Oregon, we raked in an impressive amount of fruits and veggies from our huge garden. We enjoyed a fairly constant supply of scrumptious homemade jam from my mother-in-law. And occasionally we’d supplement our meat supply with elk or venison from Trav’s brother, which we always appreciated.

Not only are groceries in the US cheaper than many places in the western world, but we lived in Oregon, which doesn’t have sales tax. A 5-dozen pack of eggs on sale at WINCO actually costs the advertised price of $3.98.

Monthly Cost of Groceries in Switzerland

To compare our Switzerland food prices with those in the US, we saved our grocery receipts in Fribourg for the month of September.

We’ve noticed that prices on just about everything in the Switz is a minimum of twice as in the US.

Despite this handy little coping mechanism, we were still dismayed by our Switzerland food prices for September.

Moving to Europe has made us take a long, hard look at our eating habits, then and now, and what we’re willing to pay for certain “luxuries,” like meat. By far, meat is more expensive than any other food group.

It makes sense then that it’s where we should start to see how we can cut our food budget.

Expat Tip: Food items in Switzerland are taxed at 2.5%, which actually isn’t bad. Wine, beer, and hard alcohol are taxed at 8%. Ouch!

How could we reduce Switzerland food prices, specifically the cost of meat?

Clearly, cutting out the wine was not an option. Instead, we bought a pig.

Well, a quarter of a pig to be precise.

We agreed to go in on buying a whole pig from a local farmer, sharing the purchase with our neighbors, Carlos and Nicole, and a friend of theirs who connected them, and indirectly, us, with the farmer. Carlos and Nicole visited the farm to see the hog, which had already been butchered and was being prepared for us.

We were able to request our preferred cuts of meat, choose how it would be packaged, and all of the meat was vacuum sealed, allowing us to freeze it for up to a year.

We felt better knowing the pig was raised and slaughtered humanely.

Did buying a farm-fresh pig save us money on meat in Switzerland?

Though it was still more expensive than what we paid for pork in US grocery stores, it was far cheaper than local meat from Swiss grocers, even the budget stores like Lidl.

It was actually also cheaper than the average price of purchasing a farm-direct hog in Oregon, which would cost about $6/lb (12.61 CHF/kg).

Does that mean we’re going to start mowing down defenseless local farm animals for our consumption?

In fact, we’re still eating probably half as much meat as we ate in the US, partly because of the higher food prices in Switzerland and partly because we’re not total Neanderthals.

While we love meat, and I mean love – chicken, pork, beef, seafood, buffalo, bear – you name it, we think it tastes good, I hate the mass production of cruelty in so much of meat production.

We understand that the world’s current meat consumption can’t be sustained at this rate, that Americans in general consume far more calories than we need, and that Americans eat more meat than any country except perhaps Hong Kong, depending on how you define “the most meat” – by calories, grams, per capita, etc.

I can’t imagine ever going vegan, but at least as long as we have a freezer full of pork and continue to adopt a more environmentally friendly reduced-meat diet, Wilbur can breathe a temporary sigh of relief.

Unfortunately for turkeys, though, Thanksgiving is right around the corner.

How much is your monthly food budget where you live?

Let us know in the comments below. Don’t forget to share where you are!

Are you expats in Switzerland? These posts might be useful.

Take a minute to PIN it!
1 shares