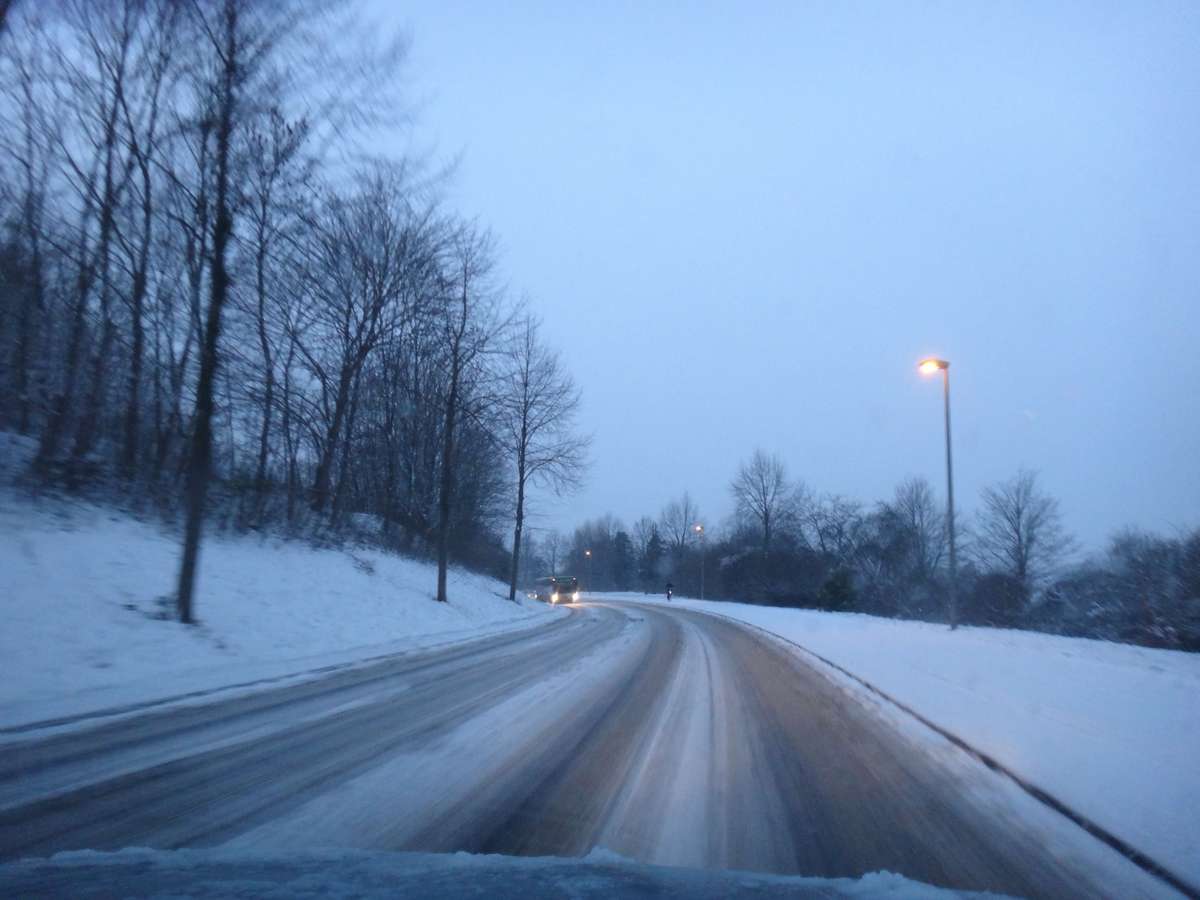 German Visas Are Officially Ours

Earlier this month, we had our second appointment at Immigration in downtown Göttingen to finalize our residency in Germany.  During our initial visit in November, we were approved for visas but were told we’d have to wait several weeks longer than expected to receive the cards because of the current backlog of refugee applications.

After slipping and sliding our way down the hill from Nikolausberg during a blizzard for our second appointment, we arrived to meet with the same Immigration official who helped us in November.

We exchanged pleasantries, then the gal passed across a couple of forms to sign and handed us a HESS card.  Rather than paying her directly for our visas, she explained that the card, which looks a bit like a credit card, was all we needed to finalize the process.

Giving us impeccable directions, she instructed us to take the card right down the hall to a large sign that read Einzahlungen where we would find an automatic pay station.  Knowing we don’t speak German, she even wrote the name of the pay station on a little sticky note so we could easily find it. We were in and out of her office in less than 10 minutes.

Sticky note in hand, we found the Kassenautomat (Pay Station), selected English as our preferred language, and inserted the HESS card.  Our total amount due of €220 immediately popped up.  We inserted our German Maestro card for payment, keyed in our pin number, and the machine vomited a receipt.  Just like that.  It was so stupidly easy, I still can’t believe it.

In US dollars, it cost us about $418 for both of us for a 12-month Swiss visa.  I was a bit surprised to find that this was even more expensive per person than a US work visa for a friend of ours in Oregon.  But then, Swiss wages in general are far higher so perhaps it all shakes out in the end.

Either way, it’s really convenient we don’t have to apply again a year from now.  Plus, our German visas have an automatic three-month extension at the end of the 24 months.  This allows us time to remain in Germany while we sell our furnishings and car, vacate our apartment, and make all the necessary arrangements to move again after Trav finishes his post doc.

I know we’re more savvy with regards to applying for visas and registering in a new country since this is our second go-round, but it really is just incredibly easy in Germany.