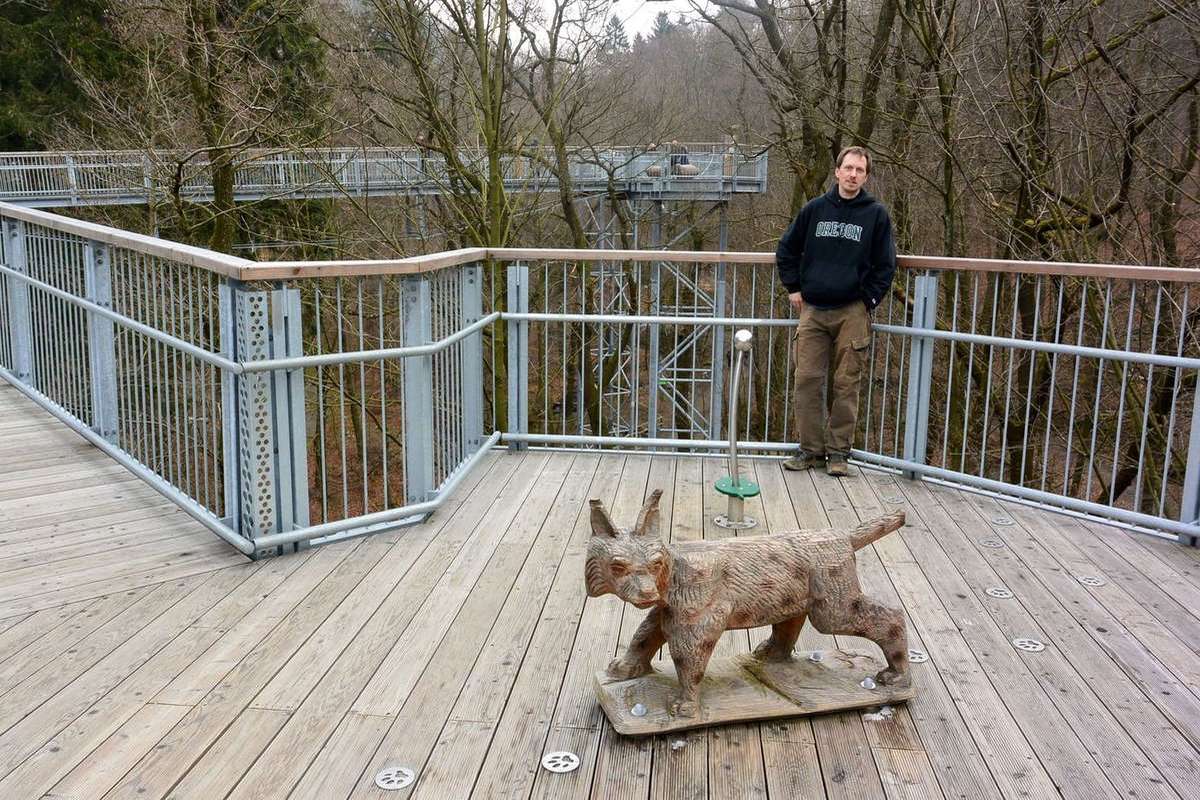 Germany
February 28, 2016 0
*This site contains affiliate links. If you purchase through these links, we may receive a small commission at no extra cost to you.

Now is the time of year when it’s starting to feel like winter has perhaps overstayed its welcome and needs to make a decision.  It’s high time for it to bow out gracefully for summer’s arrival so we can start exploring some of Germany’s waterways by kayak.  Either that, or it needs to rage back in with a vengeance and drop some fresh snow so we can try out new skis a friend in Nikolausberg gave us.  No more of this wishy-washy, in-between nonsense.  Anxious to go exploring, we gave up on waiting for warmer weather and set off on Sunday to investigate a newly opened attraction called the Baumwipfelpfad Harz, or Tree Top Trail, in Germany’s Harz National Park.


Located in the town of Bad Harzburg at the northern edge of the national park, the trail is about a 90-minute drive southeast from Hannover.

For us, it took about an hour by car to reach the dome from Göttingen.  Once we sorted out the rather confusing cluster of buildings with two separate ticket booths, we bought “kombi” tickets for the one-way Tree Top Trail as well as a ride on the nearby cable car.

Since dogs aren’t allowed on the raised trail, we left Touille in the car to nap and set off on the walking path over the main road.

A few minutes later, we were spiraling slowly upward in the dome to the top.

Not surprisingly, we mostly had the trail to ourselves.  Considering that spring has not yet sprung, the trees hadn’t even begun to bud yet and they remained draped in brown.  Like us, the forest was waiting for warmer days and blue skies.

As we passed each of the 18 platforms and 33 viewing stations, I was disappointed to find that all of the signs and displays are only in German. We’re always curious to learn about the local plants and animals when we travel, but we could only look at the photos.

The displays are really colorful, creative, and interactive, too.  Giant pine cones carved in wood with informative tags dot the path and pictures illustrate the species of local trees and how to identify them.  Currently the site is marketed more toward locals, particularly families with small children, than international tourists.

At the end of the elevated Tree Top Trail, we reached a split in the trail that was marked with carved wooden hiking boots pointing the way.

At this point, one path sharply zigzags directly up the steep hillside and another lazily curls around the hill to angle more gradually to the summit.

We opted for short and steep.

Cresting the top of Burgberg, or Castle Hill, we were surprised to find the remains of an old castle, though it’s mostly just a stone outline in the ground.  The restaurant on top is clearly far more popular with visitors.

We walked out to the viewpoint overlooking Bad Harzburg, a spa resort area of about 22,000 people.

From the top of Burgberg, you have the option of either hiking back down or taking the cable car.

We boarded the Castle Hill cable car, which whisked us back down to the parking area in just a few minutes.

If you’re eager to explore the area’s more wild side, you might like hiking in the Harz, Germany’s first national park.