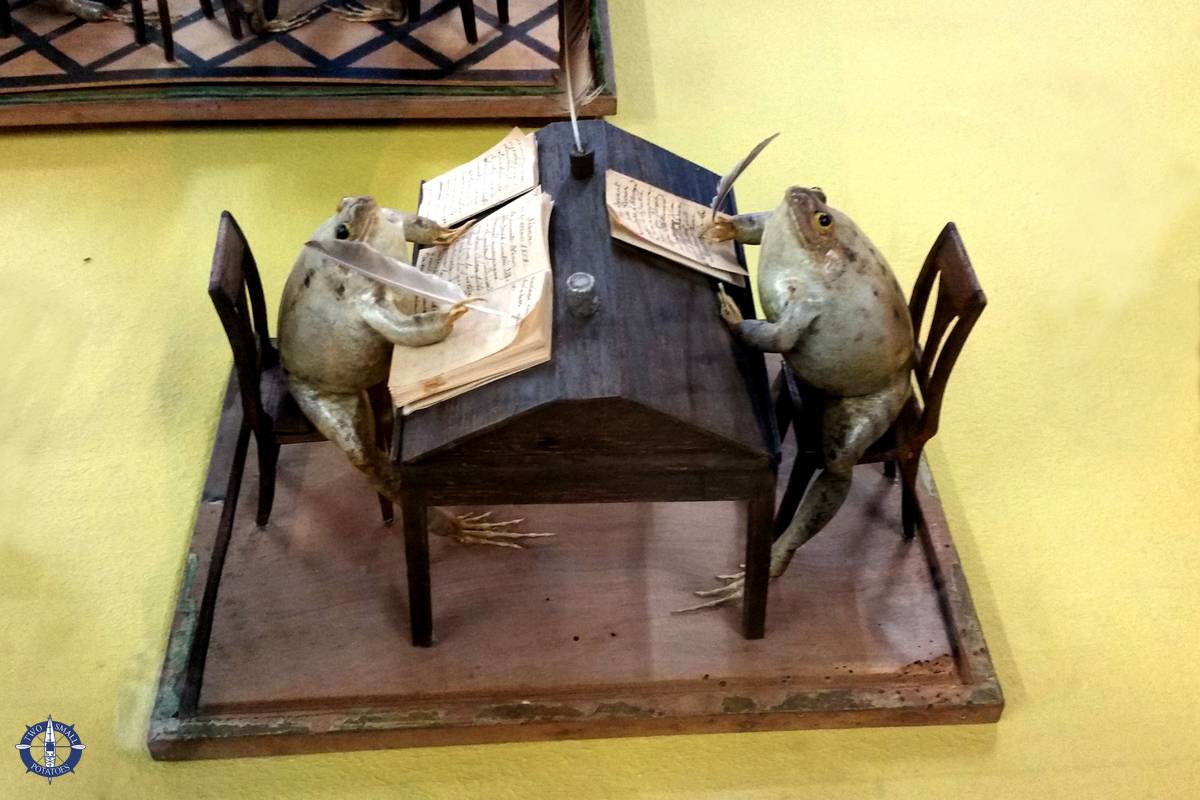 Switzerland
January 17, 2015 1
*This site contains affiliate links. If you purchase through these links, we may receive a small commission at no extra cost to you. 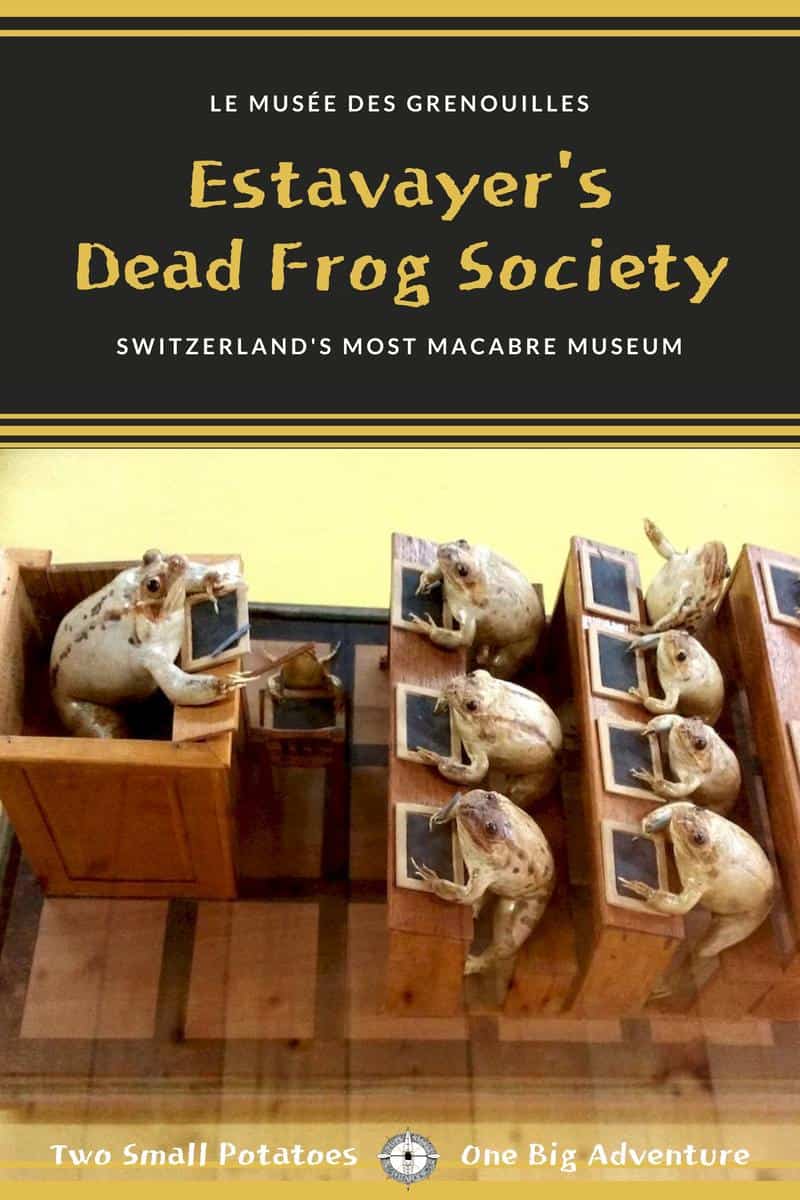 Tucked away on the shores of Lake Neuchatel, the little Swiss town of Estavayer-le-Lac has a rather unusual claim to fame. Hidden behind a creaking heavy wooden door at the top of some old stone steps is a unique gem of a museum. This museum, the Musée des grenouilles, is a frog museum.

It’s home to a bizarre collection of frogs – one hundred and eight of them. Thing is, they’re dead! How many towns can boast of their very own dead frog museum?

In the mid 1850s, these endearing critters were lovingly stuffed and arranged to create a series of scenes depicting everyday life.

Interestingly enough, these pint-sized oddities were created by François Perrier, a renowned French soldier who also dabbled in the scientific realm.

His contributions to science were such that his name was one of only 72 to be engraved in commemoration on the Eiffel Tower – though not for his froggery.

Monsieur Perrier not only stuffed and arranged the frogs.

He created their miniature furniture, books, dishware, cutlery, and most importantly – wine bottles.

For those who aren’t taken with dead amphibians engaged in various industries, the rest of the museum offers a trove of artifacts dating as far back as the 15th century.

This modest venue might lack the sophistication and notoriety of larger museums in Geneva and Zurich, but it’s clear that the local residents proudly and lovingly maintain it so that visitors may enjoy it.

And if you find yourself wondering,

Why a dead frog collection?

perhaps a better question to ask would be,

Have you visited this museum?

Did you like it? Or would you want to visit? Maybe it’s just too weird! Either way, tell us what you think in the comments below.

More great things to add to your Switzerland travel itinerary.

Know Before You Go
Take a minute to PIN it!
15 shares