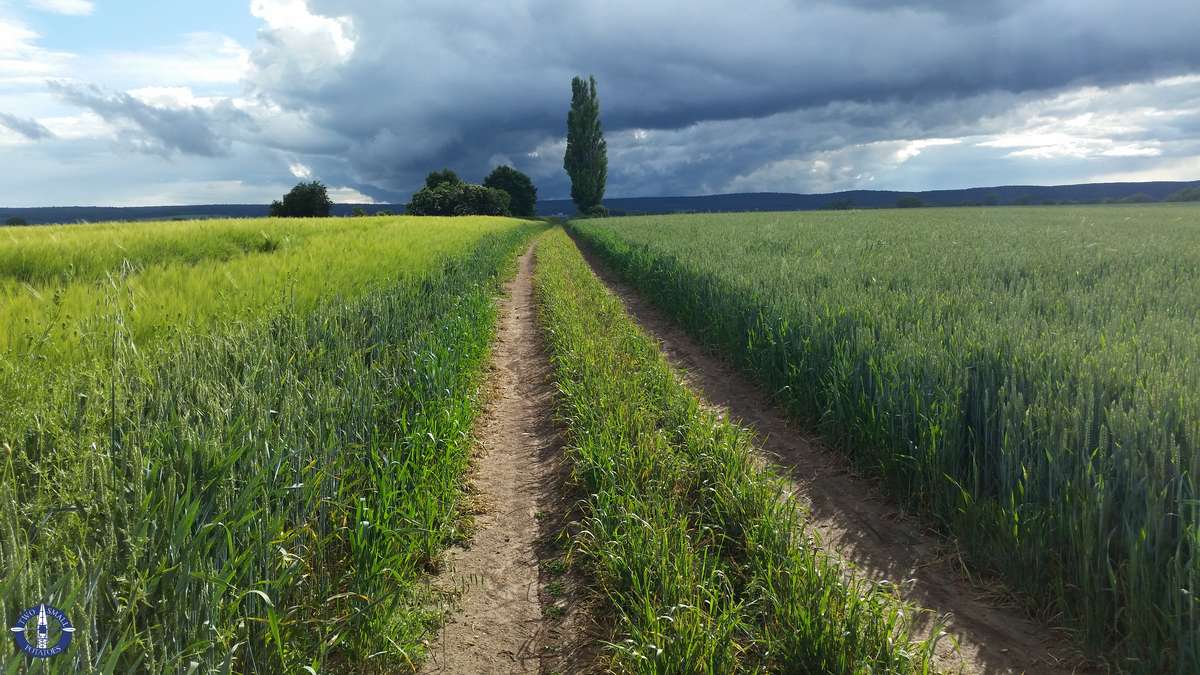 In one weekend, it’s possible to visit a castle and two national parks in Germany.  After hiking on Sunday at Kellerwald-Edersee National Park, we spent the better part of my birthday exploring Wartburg Castle before heading north toward Hainich National Park.  Just 8 km from the castle as a crow flies, the distance by car is still just a 12-km jaunt to the southern tip of the park where it borders Highway 84.

Like Kellerwald-Edersee, Hainich National Park is located within a larger protected area – the Eichsfeld-Hainich-Werratal Nature Park.  In 1997, Germany declared the southern portion of the nature park as a national park.  To make it more confusing, hiking trails in the area and maps often simply make reference to “Hainich” without clarifying whether they mean the national park, nature park, or just the beech forests themselves.

Either way, we ended up driving around and through the area before stopping to hike out to a little lake.  On our way back to the car, a massive storm front descended on us, unleashing monster rain drops.

The area is so stunningly beautiful, especially with the arrival of towering thunder clouds and intermittent sunlight, that it’s been moved from our “German National Park Bucket List” to our “We Have To Go Back List.”

Know Before You Go
2 shares