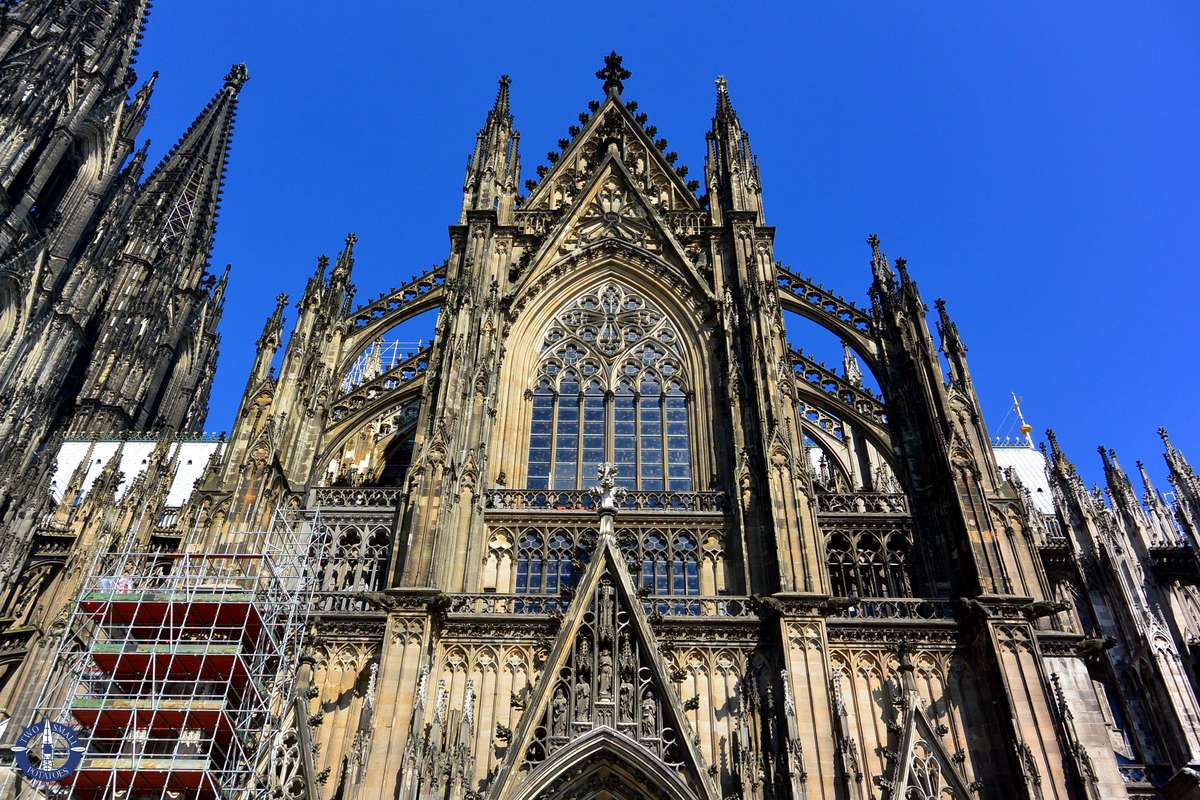 Germany
September 9, 2016 2
*This post may contain affiliate links. If you purchase through these links, we may receive a small commission at no extra cost to you. We only recommend companies we trust! 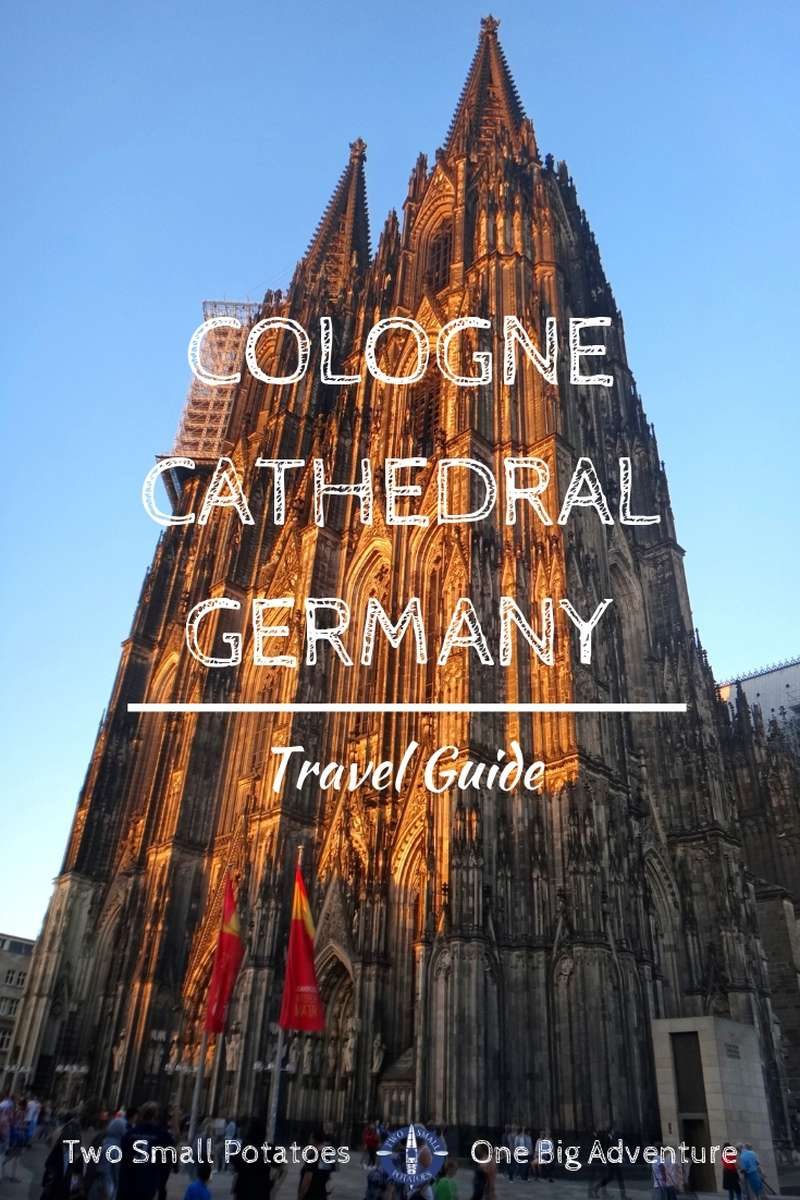 Covering considerably more square meters of ground than an American football field,  Cologne Cathedral towers over its city of roughly 10 million. Construction on Kölner Dom – as the monstrous Gothic church is known in German – began in the year 1248.  Work continued sporadically for over 600 years until it was officially completed in 1880.  Among Europe’s myriad Gothic churches, Cologne’s masterpiece remains one of the largest.  In fact, in the entire world, its twin spires are the 4th highest, and in Germany, they soar higher than all but the single spire of Ulm Minster, the tallest church in the world.  With over 6 million visitors per year, Cologne Cathedral is the most visited landmark in Germany.

According to UNESCO, “No other Cathedral [sic] is so perfectly conceived, so uniformly and uncompromisingly executed in all its parts.”

Explore the most visited landmark in Germany - the Cologne Cathedral. Find out what you need to know before your visit! Click to Tweet

In 2004, ambitious plans surfaced to build a skyscraper near the cathedral, which would have threatened the cultural integrity of the famous site.  Luckily the plans were dropped two years later, and strict building guidelines remain in place for the surroundings.  As is, the modern-day city has already significantly encroached on the cathedral grounds, blocking views and marring its full splendor.  In particular, a drab gray concrete building that houses the Roman-Germanic Museum ends just shy of the cathedral’s southern entrance.

Even so, the cathedral is so massive and so ornate, it really must be seen in person to truly appreciate it.

Shrine of the Magi

Undoubtedly, the most famous piece in the cathedral is the Shrine of the Magi, which dates from the late 12th century.  The entire cathedral was built to house this single precious gold and jewel-encrusted shrine.

Some believe that it holds the remains of the legendary Three Wise Men – Melchior, Balthazar, and Gaspar – who traveled from the East bearing gifts for the newly born Jesus.  When experts opened the shrine in 1864, they did find the bones of several men, along with fragments of ancient clothing.  It’s still unknown whether these were in fact the remains of the Biblical Magi, but they were nonetheless wrapped in white silk and returned to the shrine.

You can read more about the shrine at Archaeology.org.

Another unusual feature of Kölner Dom is a monstrous, modern stained glass window.  It was added in 2007 by artist Gerhard Richter.  Comprised of 11,263 pieces of colorful blown glass, the piece resembles the pixels of a computer screen with different colors randomly appearing throughout the window.  Though a bit controversial when it was first introduced, it’s truly beautiful when the sun shines through the rainbow of glass fragments.

Another stunning feature of this particular cathedral is a series of mosaics that covers an impressive 1350 square meters of floor space.  Scattered throughout the choir, the mosaics are themed, representing everything from the history of the archdiocese and the progression of humankind to the cosmos.

Beneath the cathedral, the crypt houses a treasury with relics dating as far back as the 4th century.

Cologne Cathedral is really quite magnificent.  It’s particularly remarkable that in a city that was razed nearly to the ground by Allied bombing during WWII, this marvel survived.  The fact that it was hit by 14 aerial bombs but stayed standing is a testament to its construction.  One can only hope that it will remain proudly standing for at least another 750 years.

Cologne Cathedral has the largest hanging church bell in the world, the St. Petersglocke. It weighs in at 24 tons!  As the newest addition of the cathedral’s bells, it essentially replaced the Kaiserglocke, an even larger bell that was melted down in 1918 for use by German forces during WWI.

Know Before You Go
218 shares