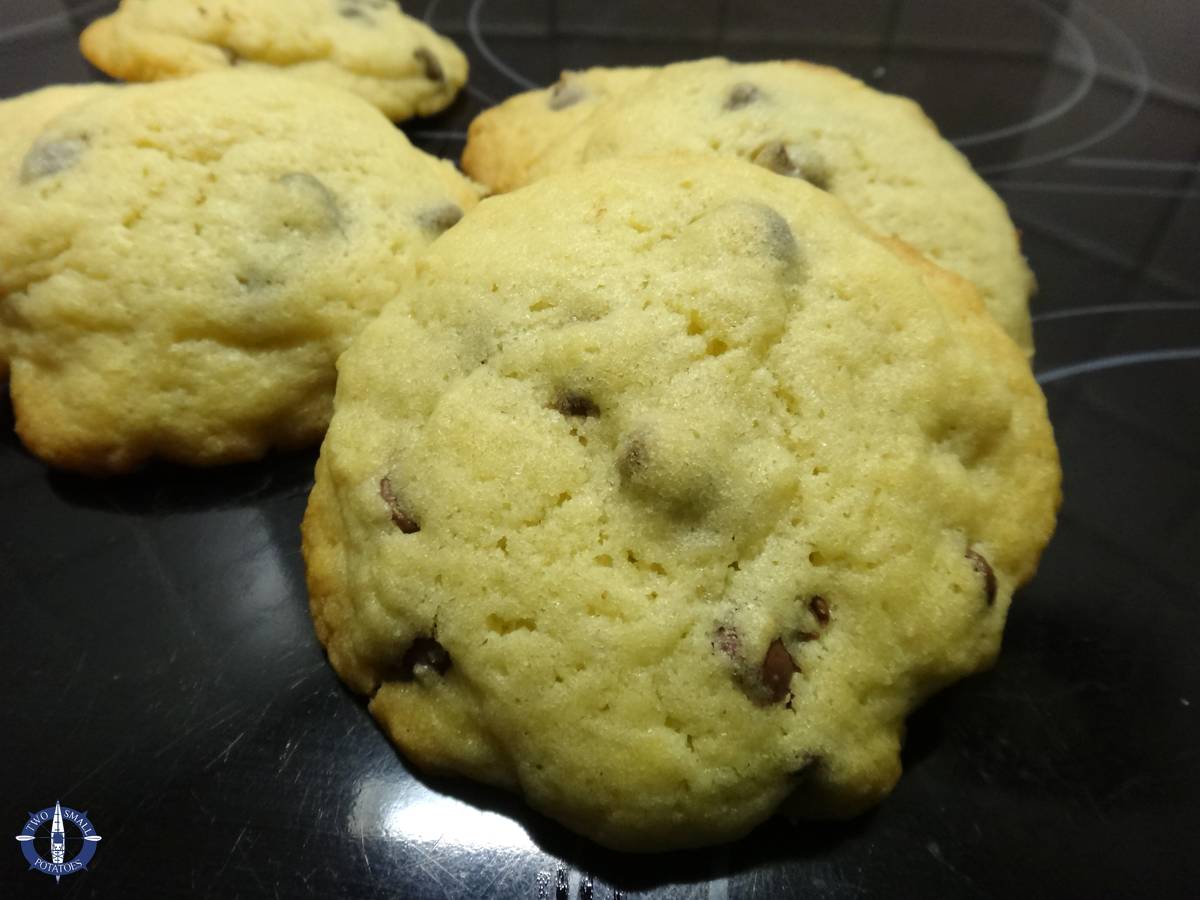 How is it possible that we live in the homeland of Nestlé, the largest food company in the world by revenue, and yet can’t find Nestlé chocolate chips?  Every major super market in the US carries them, from little tiny mini chips to normal sized chocolate chunks in semi-sweet, milk, dark – whatever your heart desires.  But in Switzerland?  Zip.  Zero.  Niet.  Nada.  Which just makes me crave a batch of warm and gooey chocolate chip cookies even more.

Where are you hiding your chocolate chips?  And brown sugar…

It’s been a slow process.  The brands are different and product names are typically in French or German, often differing from the names we use in the States.  Even the packaging is vastly different.  Most notably, the packages are almost always much smaller.  It’s clear that “Super Size Me” doesn’t just refer to fast food in the US.  We apparently super size everything from cases of beer, gallons of milk, and tubs of margarine to baking staples such as flour, sugar, and oats.

Not long ago, we were at a friend’s house for dinner, and I was lamenting how much I wanted to make homemade cookies but couldn’t find chocolate chips here.  She brought out a Hershey’s bag with Arabic on the back that she’d brought back from Lebanon, asking if I wanted them because she probably wouldn’t use them. After dinner, she insisted I take them, along with a second bag of peanut butter chips.

Hershey’s is the US equivalent of Nestlé.  It’s our oldest and largest chocolate company.  It’s also one of Nestlé’s biggest competitors and was nearly bought out by Nestlé in the early 2000s.

I typically prefer Hershey’s chocolate products to Nestlé, and seeing the bag of Hershey’s made me feel immediately homesick.  It might not have seemed like much to her, but for me, she was offering me a small piece of home.  I hugged her and promised to make some chocolate chip cookies to share.

So with chocolate chips finally in my possession and a partially restocked baking cupboard, I decided to fulfill my craving for homemade cookies.

Unfortunately, my favorite chocolate chip cookie recipe from my mom calls for brown sugar, which is something else I haven’t found.  We’ve bought different products that say brown sugar on them, but they either are dry and resemble raw sugar or just taste like white sugar but with larger crystals.  We’ve yet to find the equivalent of our sticky, heavy, fine grain brown sugar that has a slight caramel flavor.

With that in mind, I did a Google search online, found a recipe for cookies sans brown sugar, and decided to give it a try.  They were actually not bad, though much more cakey than regular cookies.

If you’re a fan of cookie dough, the dough from this recipe is better than the cookies!

Next time, I might just try making my own brown sugar with pure cane sugar and molasses.  ‘Course, I’ll have to find more chocolate chips too.