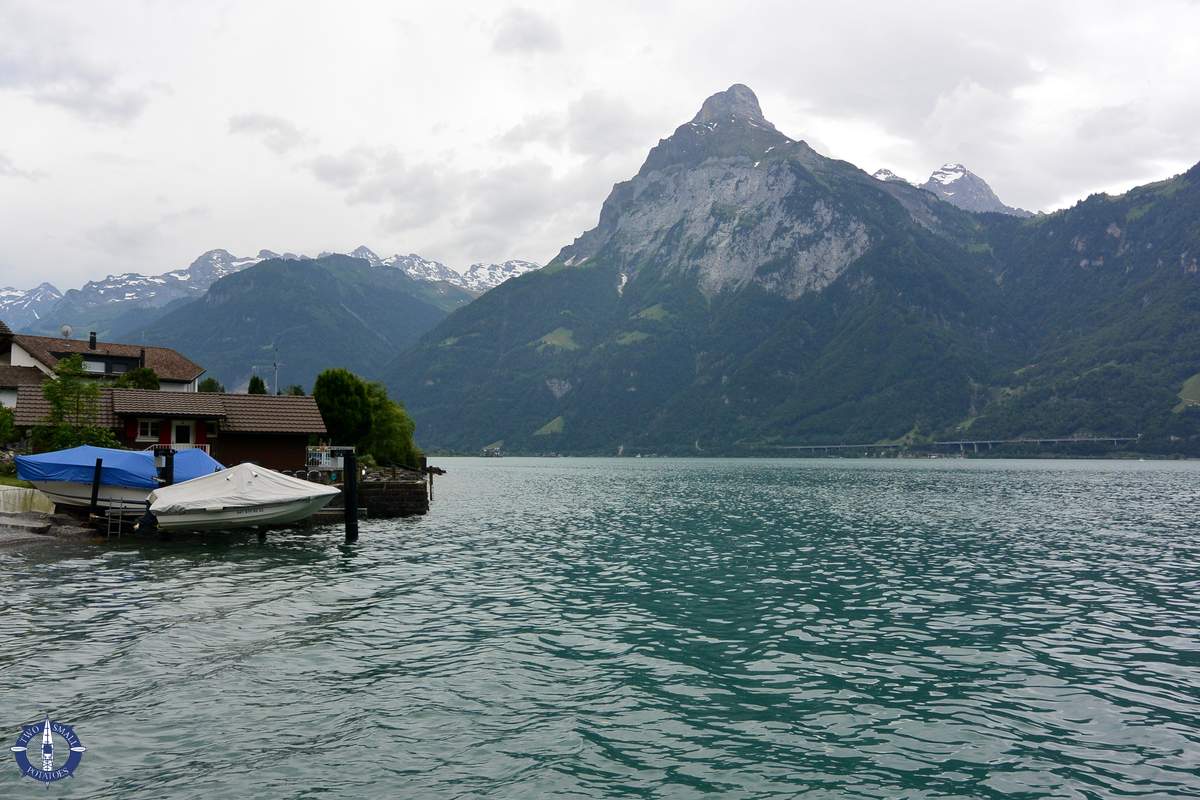 Lake Lucerne Camping: One Campground to Avoid (And Why)

One of the prettiest towns in Europe is Lucerne, right in the heart of Switzerland. Its location on the shores of Lake Lucerne, with its crystal clear waters and steep forested mountains, make it a dream for outdoor lovers. Unfortunately, those wanting to have an intimate connection with nature may find Lake Lucerne camping to be less than stellar.

We discovered this the hard way. After spending one day in Lucerne, we visited three separate campgrounds before finally finding a place for the night. Our experience turned out to be so disappointing, we wouldn’t recommend this particular place to anyone. If you’re looking for Lake Lucerne camping, you might want to avoid Windsurfing Urnersee.

Travel Tip: If you plan to camp anywhere near Lake Lucerne, book in advance. Campgrounds are few and far between, particularly along the southern shore.

The first campground we visited was Camping International Lido Luzern. It’s located right in town along the lake. For those with an RV or who’re looking for camping in Lucerne itself, this may not be a bad option. It has all the amenities, including a pool, free WiFi, electric hookups, parking, etc.

It was definitely not for us though. We’re tent campers who prefer a decent amount of space and privacy for our tent. We prefer natural surroundings to amenities. Plus we were camping with our dog, so we like to find a dog-friendly place with some space for her to also relax.

This campground was not that. After driving through the small RV city lit with brightly colored Christmas lights, we scrammed outta there just before someone could close the entry gate with us still inside.

Now I know how it feels to escape Alcatraz – minus the human head sculptures fashioned from soap and TP.

Travel Tip: Luzern is the German name for Lucerne, so if you’re searching for campgrounds on the lake, you’ll get more results if you include “camping Luzern” when you search.

Campground #2: Campground That Shall Remain Unnamed

We left the city limits of Lucerne and drove to a second campground recommended by a friend of a friend, who cited it as her favorite childhood campground not known to tourists.

Finally locating the tiny campground on an even tinier lake, we parked in the dark and tried to locate the “front desk,” then realized we’d settle for any warm bodied person on-site to assist campers.

Waylaying a campground guest as she came out of the restroom, we probably scared her half to death when we approached her. She and her husband spoke only German, but she excitedly took us around the corner and showed us a long sloping field, indicating we were welcome to stay there. It was PERFECT!

Relieved, I indicated that we also had a hund (dog) with us.

It was like I’d told her we had a bear in the car. Shaking her head emphatically back and forth and wagging her finger, it was quite clear our hund was a deal breaker.

Returning to the car, tired and a bit dejected, we continued on to try the next campsite.

Which leads us to Windsurfing Urnersee.

By the time we reached this campground, we’d driven the entire length of the southern boundary of Lake Lucerne. Though not far in total distance, the lake resembles a lower case “t” – one written by a drunk person, considering its misshapen perimeter and bizarre curlicue in the middle.

With the highway about to veer away from the lake entirely, we made one final attempt when we saw a sign for Windsurfing Urnersee at the lake’s most southeasterly tip. The sign indicated camping was also available.

Since it was almost midnight and we were exhausted, our standards had sunk to new lows – all we wanted was a square of ground where we could sleep for a few hours.

Pulling in through the campground’s gated entry, we were disappointed to see how truly tiny the spaces were. Knowing it would cost us about 40 CHF for the night made it even less attractive, but we sucked it up and decided to stay.

It wasn’t until the next morning that we realized the campground is situated on an absolutely stunning point along the lake with superb lake and mountain views.

We also realized we were surrounded by RVs on two sides and cabins on one. With a low concrete wall on the other, our only lake views came from walking down to the waterfront.

The campground is really an afterthought, as it caters more to offering windsurfing classes and rentals. As beautiful as the location is, it’s clearly not meant for tent campers. The RVs and small mobile homes parked on site detract from the natural surroundings. It’s simply not good value for the price. A fair number of other visitors have voiced these same concerns on reviews online.

The final – and biggest – drawback for this place though is the camp host on site.

After an unpleasant interchange with the host, who was exceedingly unfriendly to the point of being downright rude, we dropped any thoughts about renting kayaks there to do some paddling.

Seriously folks, we really, really can’t recommend this place for camping Lucerne, especially tent camping. If you’re absolutely desperate to go windsurfing, then the location is the place to be on the lake.

But you’ve been forewarned.

Looking for incredible camping in Switzerland? Try these.