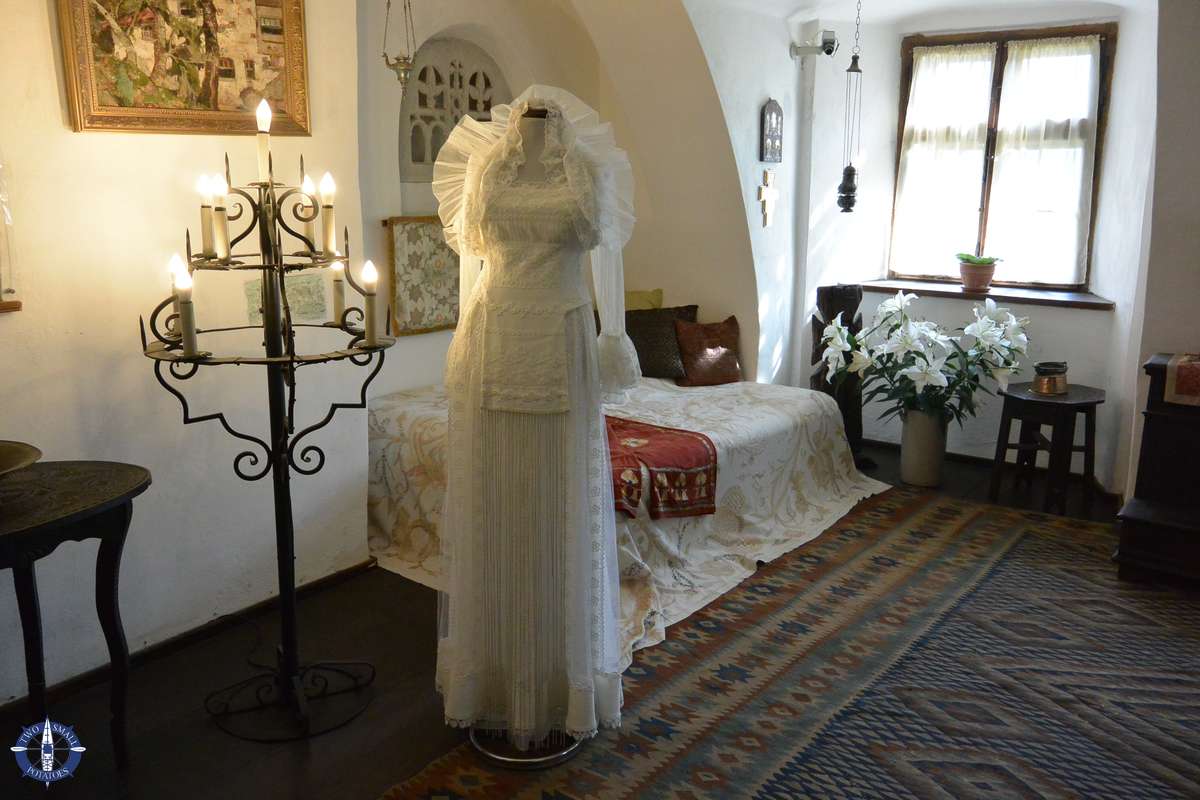 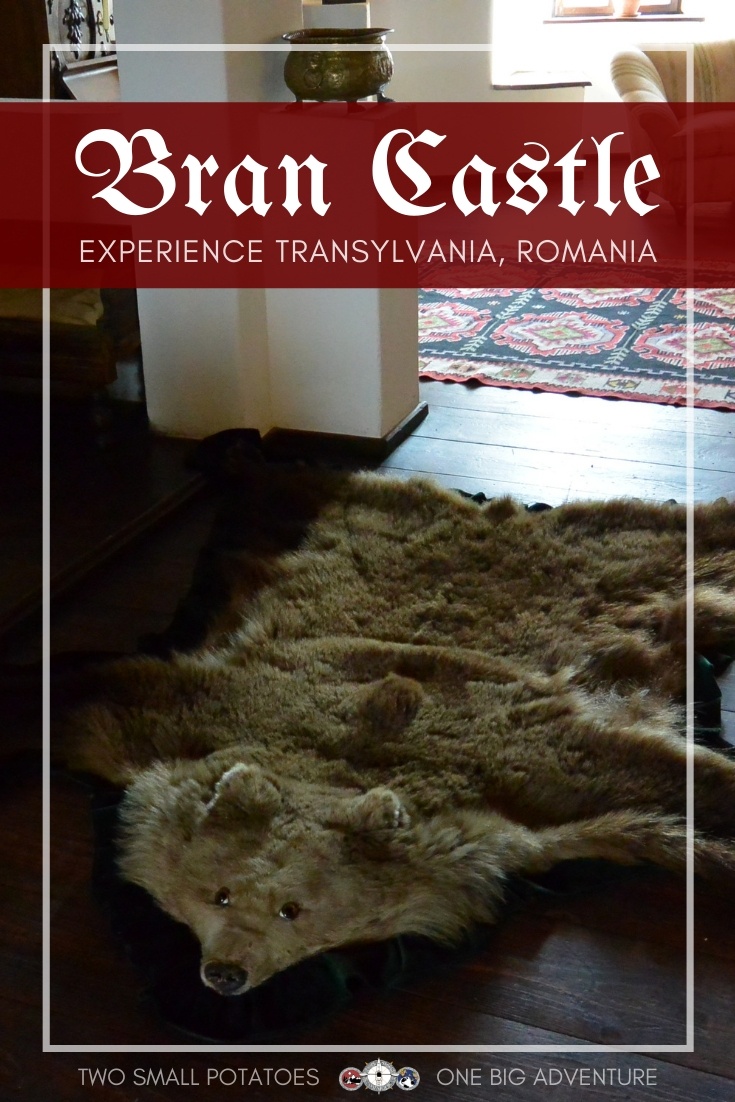 It is a strange world, a sad world, a world full of miseries, and woes, and troubles. And yet when King Laugh come, he make them all dance to the tune he play. Bleeding hearts, and dry bones of the churchyard, and tears that burn as they fall, all dance together to the music that he make with that smileless mouth of him.  Bram Stoker

Have any of you seen Bram Stoker’s Dracula?  Remember the scene towards the end of the movie when Mina, Van Helsing, and Dracula – temporarily entombed in an earthen crate – desperately race toward salvation?  Riding against the setting sun, their horses’ hooves clatter high above the canyon floor along a precarious rock ledge, the sky blood-red.  In the distance, Bran Castle rises, legendarily cursed, shadowy canyons splitting from the mountain as if the Devil himself cast the fissures.

I’ve always loved that scene!  Never mind that Bran Castle actually sits on a small hill surrounded by fields.  Or that the historical figure on whom Dracula was based, Vlad the Impaler, never lived at Bran Castle.

Before our trip to Romania, I knew that Bram Stoker’s Dracula, as well as the novel upon which it was based, were both fictional, that they were born of a writer’s creative distortion of history.  But the fact that it was based on historical figures and actual places leant it an air of reality.

Right up until we arrived at Bran Castle, I still expected it to be dark and brooding – the cold, hulking remnant of a fortress that had been witness to unthinkable torture, pain, and misery over the centuries.  What we found instead was a complete surprise as we set out to separate fact from fiction, to discover the real history of Bran Castle, Dracula, and Romania’s beloved Queen Marie who would later find sanctuary in the castle.

Have you always been fascinated by tales of Count Dracula and Transylvania? Then you'll love exploring the real-life Bran Castle in Romania. Click to Tweet

The Origins of “Dracula”

Transylvania, one of the main regions of Romania, was home to myths about evil spirits long before the introduction of this singularly popular vampire.  In particular, stories abounded about strigoi, the restless spirits of the dead that would rise from the grave on a full moon, averse to garlic, draining their victims of blood.

Perhaps drawing from this rich cultural history, the tale of Dracula was penned by Irish author Bram Stoker in 1897.  He’s widely credited with creating the character we know today as “Count Dracula,” the protagonist in his novel.

Stoker’s novel didn’t receive widespread international acclaim until the first US film adaptation was successfully released in 1931.  Subsequent theater productions and film remakes over the decades increased the story’s popularity, particularly the critically acclaimed 1992 version, Bram Stoker’s Dracula.  Sadly, like many literary giants of his time, Stoker died penniless, the value of his work not fully appreciated until long after his death.  Were he alive today, he would undoubtedly be amazed at the legacy he left behind.

Today, Bran Castle is incredibly popular.  Visitors wait in lines stretching around the block to buy tickets to tour the interior, which is where the castle truly shines.  Tourist booths near the ticket area have embraced Bran’s reputation as the “home of Dracula,” selling vampire merchandise to enthusiastic fans.

Vlad the Impaler, The Man Behind Dracula

The character of Dracula was based on Vlad III, a 15th century prince who ruled Wallachia, an ancient region that existed in Romania long before its many lands were united as a single country.

His father, Vlad II, was one of the original members of the Order of the Dragon – Drăculea, a group of noblemen who vowed to militarily defend their common lands and Christian values against invaders.  The family moniker, Dracula, was passed down to Vlad III as a ruling nobleman in his family’s lineage.

Throughout his life, Vlad desperately fought to preserve his title and lands against invading Turks and opponents who sought to overthrow him.  At the time, he was hailed a hero for bravely defending Transylvania’s borders.

History has judged him more harshly, often remembering him only for the reign of terror he unleashed in order to defend his people.  Prisoners captured in battle, common criminals, and political opponents faced death by impalement on huge spikes driven into the ground.  Thousands suffered this slow and painful death.  His choice of retribution posthumously earned him the nickname Vlad the Impaler, or Vlad Țepeș in Romanian.

Despite the castle’s oft-touted claim to fame as the home of “Dracula,” this is purely fiction, one that arose from speculation  about Bram Stoker’s novel.  Though Stoker never identified his castle by name,  fascinated readers long ago presumed it to be Bran, a misconception that continues to fuel the fire of the region’s thriving tourism industry.

Stoker never actually visited Romania, and even though the larger setting is undoubtedly Transylvania, Bran Castle and it’s position on a small mound of earth overlooking fields and distant mountains is a far cry from the novel’s isolated, turreted castle perched on a  craggy mountain top.

Vlad the Impaler and his family didn’t live at Bran Castle; even their connection to it is weak.  At most, he possibly visited on his way through the valley during military expeditions or to handle business matters.

Instead, Vlad spent much of his time at Poenari Castle, a heavily fortified stronghold over 100 km southwest of Bran.  The rugged mountainous surroundings more closely resemble Stoker’s version of Dracula’s castle, though there’s still no indication Stoker knew about that castle either.

Largely abandoned in the 1500s, Poenari was left to fall into ruins.  Sometimes referred to as Cetatea Poienari, the castle can still be visited, but be prepared for a workout – one must climb almost 1500 stairs to reach the formidable crumbling fortress.

The exact date and circumstances surrounding Vlad the Impaler’s death are unknown, though he likely died in 1476. Up until then, Bran Castle served primarily as a military fortress, strategically positioned to guard the border between Transylvania and Wallachia, or as a customs station for merchants to pay dues on their wares.

After Vlad’s death, business at the castle continued much as it had before for the next four and a half centuries, with one notable exception in 1533.

The castle’s history is unusual in that its construction was approved by the king in 1377, but only if the people of Brașov,  a nearby city in Transylvania, built it and funded it themselves.  Unlike most castles, Bran was a castle of the people from its very inception.  Later used as collateral against royal loans borrowed from the city of Brașov, ownership of Bran Castle bounced back and forth between a dizzying array of noblemen and the people of Brașov.

When the king ultimately failed to repay his loans to the city, the castle reverted permanently back to Brașov in 1533.

A Gift Fit For A Queen

In 1920, the history of Bran Castle took an interesting, and decidedly brighter, turn.  Following the marriage of Queen Victoria’s granddaughter, Princess Marie of Edinburgh, and Prince Ferdinand of Romania in 1893, the young couple quickly gained prominence in Romania and abroad.  Beloved by all for her kindness, charity, and beauty, the princess was crowned Queen Marie of Romania when her husband ascended to the throne in 1914 shortly after the beginning of WWI.

With her considerable political weight, Queen Marie pressured her husband to enter the war against Germany, arguing that it was the right moral decision.  Subsequently stricken by the suffering of Romanian soldiers during the war, she set up a hospital to personally nurse the wounded, even visiting soldiers in the trenches.

When peace was declared at the end of WWI, the people of Brașov offered Bran Castle to their beloved Queen Marie as a gift, one she would come to treasure as a sanctuary throughout the remainder of her life.

It’s fair to say that Marie loved Bran Castle the way she never loved her husband.  Though they finally developed a mutual understanding that grew into friendship, she struggled within the confines of royal expectations and duties as a wife and mother of six.  An accomplished rider and talented artist, she yearned to be free to express herself, pouring herself into stories and poems and always pushing the boundaries of the limitations placed on her by her position and royal status.

Bran Castle quickly became a sanctuary for Marie – one of her two preferred summer homes, a place she could call her own.  With the help of an architect, she spent years remodeling it to make it more warm and livable, skillfully decorating it to suit her tastes.  The Tea House, built at the request of Queen Marie, is located on the spacious estate grounds beneath the castle.

She planted huge gardens with exotic flowers, expanded the grounds, and shared precious hours with her younger daughter, Ileana, with whom she was incredibly close.

When Marie died in 1938, her body was buried next to her husband’s in a monastery in Curtea de Argeș, Romania. Upon her request, however, her heart was removed and placed in an engraved silver box in a chapel near Balchik by the Black Sea.

With the advent of World War II came a shift in borders along the sea, and this land was returned to Bulgaria. Marie’s daughter, Ileana, retrieved her mother’s heart and placed it in a special chapel at Bran Castle.  Seemingly destined to be deprived of peace, the box was desecrated under Romania’s Communist regime, and the heart remained for decades in a museum in Bucharest for safekeeping.

Just three months after our visit to Bran Castle, a royal procession delivered the heart of the last Queen of Romania to what will hopefully be its final resting place.  Though her heart was not returned to Bran, it was placed nearby at Pelişor Castle.  As the family’s royal residence where she died in 1938, it was only recently returned to Marie’s descendants by the Romanian government.

Know Before You Go
Map of Romania Road Trip

The green pins mark our travel for day four; the blue line roughly follows the first half of our entire 11-day travel path and attractions we visited.