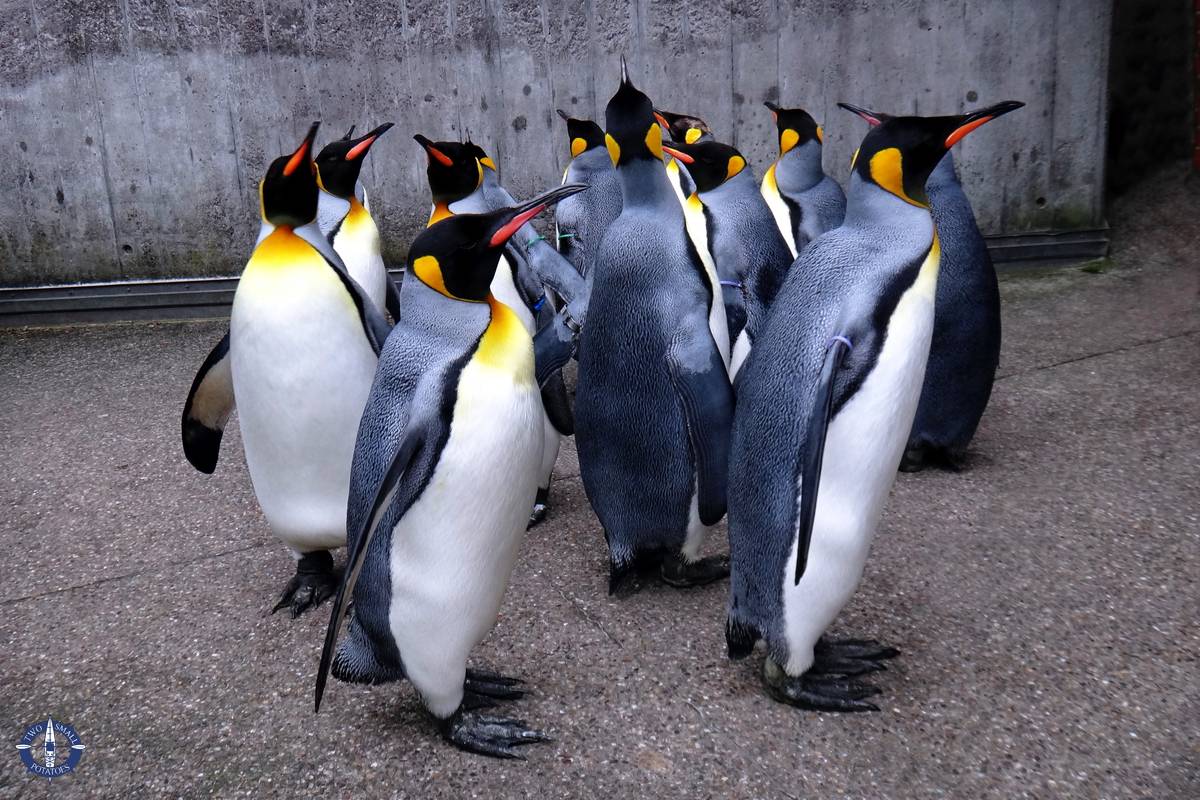 Waddle Your Way to the Basel Zoo Penguin Parade Today! 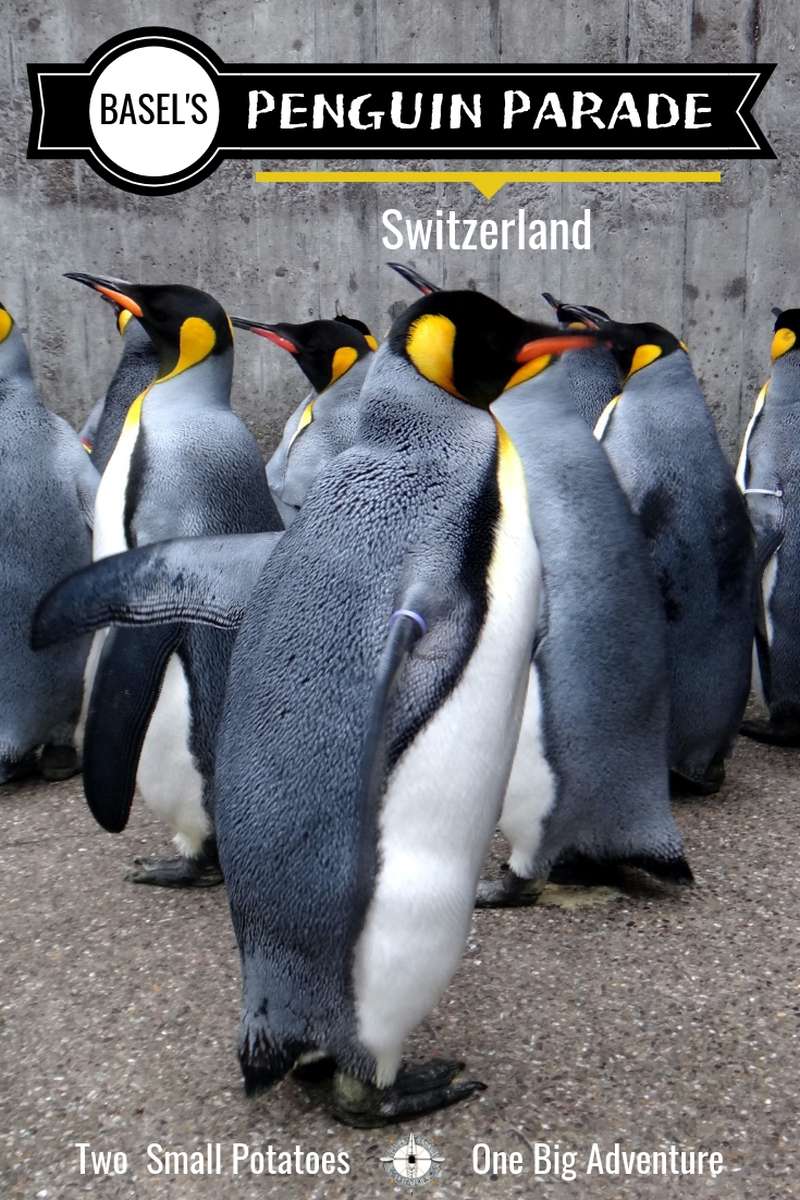 The city of Basel is about as far north as you can get and still be in Switzerland. If you’re driving north and miss your exit, another two kilometers puts you in France. Basel, a town of just under 200,000, actually has sprawling suburbs in neighboring countries France and Germany. Even with the suburbs, it’s not a particularly large metropolis. Still, Basel offers a few truly unique experiences, one of which is the Basel Zoo penguin parade.

Even those who aren’t penguin fans – is that even possible? – will enjoy the zoo. It’s beautifully designed with a handful of unique animals you likely haven’t seen elsewhere.

What goes waddle, waddle, waddle and looks dashing in tuxedoes? If you answered the penguin parade at the Basel Zoo, you guessed it! Click to Tweet

Zookeepers at Basel Zoo have a unique tradition. Every day at 11 am when the weather is cold enough, they take their 17 resident king penguins on a little field trip.

Leading them from their specially cooled indoor habitat, the zookeepers accompany the penguins while they waddle past visitors to a sandy open-air pen outside. There they can enjoy the fresh winter air.

A bone-chilling January day found me huddled with just a small handful of hardy folks willing to brave the zoo in the winter.

We were rewarded with an intimate experience with these stunning penguins.

When the penguins first came outside, a zookeeper briefly blocked off their path. He allowed us to watch them there for several minutes up close without barriers before allowing them to start their procession.

Kneeling down brought me eye to eye just a couple of feet from them, a first for me. It’s an experience I’ll never forget!

In addition to the Penguin Parade, the Basel Zoo has your typical range of zoo animals. In particular, they have a nice series of marine exhibits with some unique specimens not found at most zoos.

After visiting with the penguins, I spent an inordinate amount of time admiring the colorful and artistically designed marine exhibits.

The stick insects at the Basel Zoo are particularly prickly.

We’ve seen stick insects before, but none quite as interesting as this Giant prickly stick insect.

And who doesn’t love venomous spiders?!

Needless to say, this gal had the exhibit to herself.

Monkeying Around at the Basel Zoo

As always, the monkeys were inquisitive and playful.

Don’t miss the passel of golden lion tamarins in their exhibit.

Though I’ve seen these adorable little buggers before at other zoos, I’m always astounded at how beautiful they are, and how entertaining.

With just over 3000 individuals left in the wild and fewer than 500 in captivity, it reinforces the importance of zoos for animal conservation and education. If it weren’t for zoos, most of us would never have the chance to see animals like this.

A brief stop to watch the meerkats chowing down on dinner and then dozing under their heat lamp left me with a smile on my face long after I left their enclosure.

Of course, a zoo isn’t a zoo without a herd of precocious goats.

What makes this fellow particularly unique is that he’s a peacock goat, native to the Graubünden, Switzerland’s largest canton.

Just like the cows here, Swiss goats are more adorable than anywhere else.

Have you visited the zoo in Basel, Switzerland?

Did you have a favorite animal? Let us know in the comments below.

Make sure to add these other experiences to your Switzerland travel itinerary!

Know Before You Go
Take a minute to PIN it!
11 shares