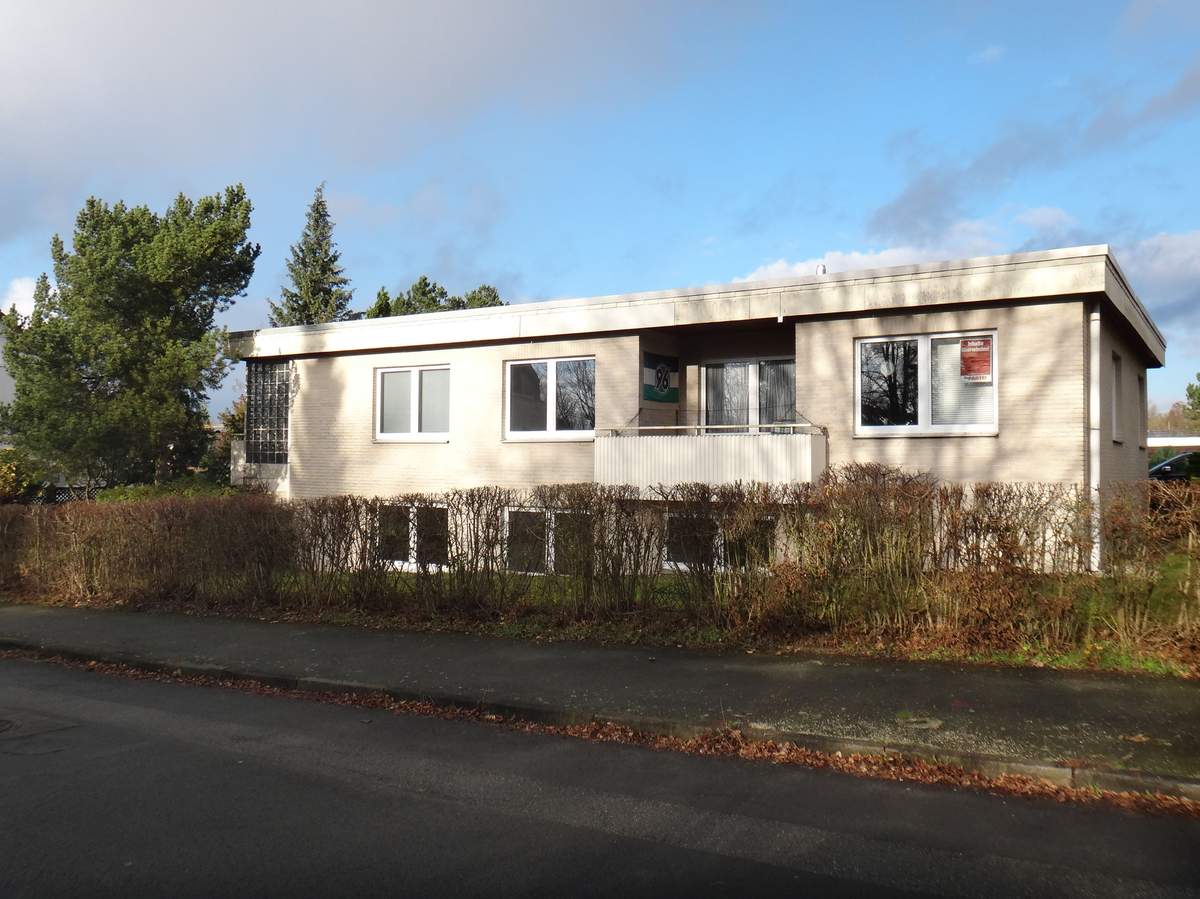 After 48 long and incredibly trying days in Germany, we finally, finally signed a lease on an apartment!  Of all the flats we could have found just a week shy of Christmas, our new home is in a little village called Nikolausberg, named for Saint Nicholas, the historical figure who gave rise to our American Santa Claus.  Though we can’t move in yet, it still feels like our own little Christmas miracle.

Since we arrived in Germany nearly two months ago, I’ve been checking apartment listings almost every day and have watched the incredible turnover in rental properties.  This time though, we were the grateful “chosen” renters!

The flat was listed by the owners, a very nice older German couple.  I submitted an online inquery directly to them just a couple of hours after they posted it.  Not expecting them to even respond – as has been the case with the vast majority of rental companies here – I was startled when they almost immediately offered us an appointment to see it the following evening, a Saturday  night.  We accepted it, not knowing what to expect.  The description on the ad was super brief, lacking even a single photo.

When we arrived at the flat in Nikolausberg, another couple was already there just finishing up a walk-through.  Feeling a bit dismayed, we were fairly sure we’d either be on a long waiting list or that we’d be scratched off the list entirely as soon as we mentioned we had not one pet but three.  Their pet policy wasn’t specified in the ad, so it was a toss-up which way they’d go.

Poking our heads into each of the three big bedrooms, huge living room with a door to the covered patio, empty kitchen, and newly refitted bathroom, it took us very little time to recognize that with the exception of being larger than we wanted, it was otherwise pretty much perfect for us.  Since it was dark outside, we couldn’t see much of the surroundings, but the owners said the entire yard belonged to the ground-floor flat and would be ours to use as we wanted.

Wrapping up the appointment, Travis asked if they had an application to fill out or what we needed to do next to be considered.  The couple asked if we wanted it.

Completely taken aback, we stared at each, both very much wanting to take the flat but thinking the same things – it didn’t have a kitchen (not a single appliance or piece of furniture).  We didn’t have any idea how to find one or what it would cost, and we still hadn’t asked them about the pets or if we could have a roommate.

When they surprisingly agreed to both the pets and the possibility of having a roommate, we gave each other the, “Are we seriously thinking of taking this flat without even talking it over first?” look, then told them we definitely wanted it.

With that, the owners said the flat was ours – just like that.

The next night, we met the owners at their home in Göttingen on Sunday, a rarity in Germany (doing business on a Sunday night).  They painstakingly spent a couple of hours of their time going over the 13-page German contract with their limited English and our non-existent German.

Handing over our key, they then offered to allow us to move in immediately, a full 10 days early without paying any rent, if we were willing to clean it ourselves.  We also hastily accepted.  The entire flat had recently been completely renovated with new paint, floors, etc, so the only cleaning required would be the windows and floors.  They were coated with wood dust from having the floors installed.

We thanked them too many times to count, wished them a Merry Christmas, and said goodnight.

It wasn’t until we returned in the daylight that we realized the actual size of the yard and how great it would be for Brisco, Tica, and Touille.  We’d been dreading the possibility of an upper floor apartment with pets, so finding a place with a big yard was an unexpected bonus.  Plus, it has free parking, it’s a short walk to Trav’s work, the village is adorable and is home to quite a few employees at MPI, and we already have a friend we’re hoping will be able to be our flatmate.  Fingers crossed she’s not allergic to our critters!

The only drawback to our new flat is that the kitchen is completely bare, which is typical in Germany.  We’d been hoping to find an apartment with an einbauküche (EBK), which is a move-in ready “fitted kitchen.”  Unfortunately, only one of the flats we’d seen had an EBK, and the owners turned us down for it because they wanted to rent it to a “family” instead.

Without a stove or any means to cook meals, a fridge, bedding or a place to sleep, or a way to shower, we really can’t move in yet.  The flat is so bare it’s literally missing the proverbial kitchen sink.

Perhaps if we’d brought some of our camping gear with us from Switzerland, we’d be better prepared to rough it and camp out at the new flat until we can get a kitchen, but all of our stuff is stored with friends in Switzerland.  They’re currently in France for the holidays and won’t return until after the first of January.  For now, we’re resigned to the task of trying to find, buy, and install an entire kitchen over the holidays.

Regardless of the fact that we’ll still be in temporary housing on Christmas, it still feels like a small miracle that at long last, we finally have a place to call home again.