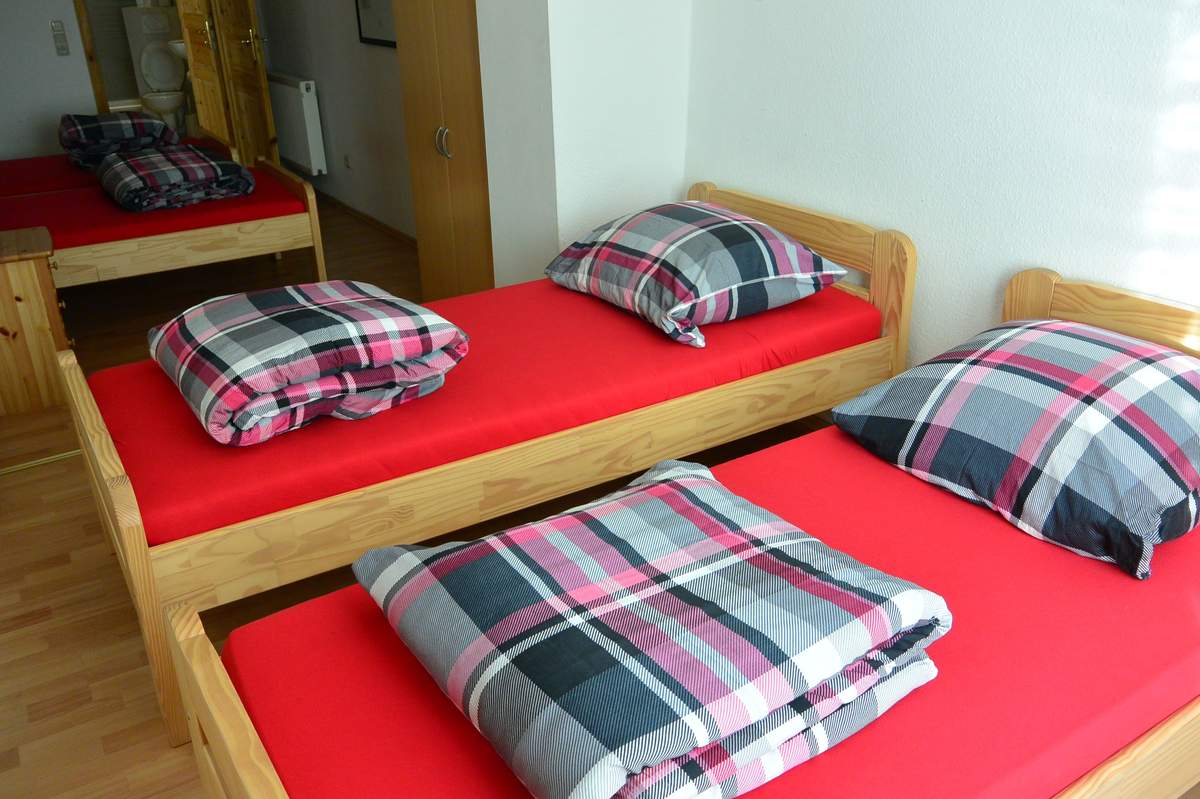 Another Day, Another Guesthouse

Goodbye, Guesthouse Waldhauser.  Hello, guesthouse number five!  After twice extending our stay at the Waldhauser downtown, we really finally had to check out on December 8th.  Presumably other guests had already booked it before our arrival.  So for the third time in just over a month, we again found ourselves with nowhere to go after checking out of the Waldhauser.

By the time we’d actually packed up our things and loaded the car, we’d still been unable to reach the guesthouse owner to discuss payment and how to return the keys.  Not sure what else to do, Travis called the tourism office that had referred us.  They contacted the owner’s English-speaking son, and through him, we were able to officially check out.

Aware of our situation and that we were particularly struggling to find permanent or temporary housing because of our pets, the owner’s son offered us another flat.  He warned us it wasn’t technically available since it was “off-season” and wasn’t really ready for guests, but he offered to show it to us if we were interested.  We were.  We were desperate.  It was either that or we could very well end up spending a very cold night in our car in a German parking lot somewhere.

We followed him across town to the flat, took a quick look around, and accepted his offer.

Even though the new guesthouse is twice the size and quite a bit nicer than our last flat, the guy said he gave us a good deal on it and said we’re welcome to stay as long as we want.  Despite the discount, we can’t afford to stay indefinitely, but it’s a relief to know we don’t have a hard deadline when we’ll again have to leave.

We dubbed this the Guesthouse Waldhauser II, since we already stayed at one guesthouse owned by Mr. Waldhauser.

For now, we’re relieved that once again something came through for us last minute while we continue our hunt for a permanent apartment.

We’re starting to feel like it would truly be nothing short of a miracle to have our own place before Christmas.