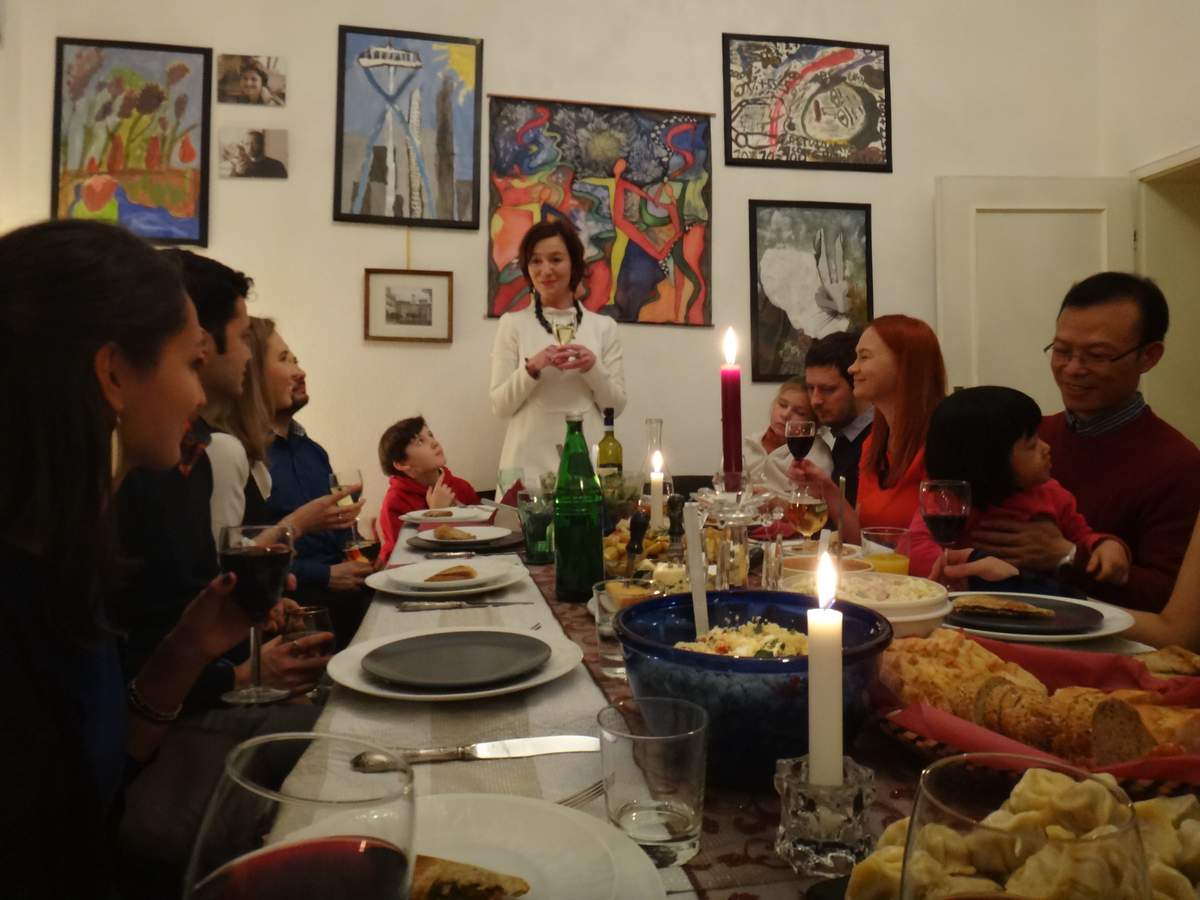 Expat Life in Germany
December 12, 2015 1
*This site contains affiliate links. If you purchase through these links, we may receive a small commission at no extra cost to you.

With Christmas just a couple of short weeks away, I’ve been feeling a bit sad to be missing so many things we love about the holidays in the States.  Though I’m really not a big fan of gift exchanges that often involve obscene piles of presents, I love the other sparkly, warm and fuzzy parts of the holiday season.  Eggnog, craft fairs, and twinkly lights.  Watching The Grinch for the umpteenth time next to a crackling fire.  Sleigh rides through the woods, tubing at Mt. Bachelor, and snowboarding through fresh powder under blue skies.  A day in the woods searching for the perfect tree.  Decorating our house with all manner of red, green, and white.  Getting all dolled up to make our rounds on the party circuit, devouring mounds of homemade fudge, pie, and a traditional Christmas dinner with all the fixin’s.  Time with family and friends when there’s never enough time.

We’ve never been in a situation quite like this one, in which we’re on a different continent far from our families, newly arrived in a foreign country, and still with no home to call our own.  We’re trying to make the most of it, in part by following one solid, simple life rule – never turn down an invitation to anything.

This week, we attended a fancy MPI holiday shindig, an event that was organized to thank the members of a committee from the Max Planck Society who spent three days touring the facilities.  Supposedly around 400 MPI employees and guests attended the dinner, which was catered by a Michelin star restaurant in town and was simply outstanding.

We met up with several friends from Trav’s lab, some folks who work in his department but in different labs, and a couple of friends we met through a mutual friend in Switzerland.  For the first time in our lives, we tried bona fide caviar and swordfish (I don’t understand the hype around caviar, but the fish was delicious), downed several bottles of excellent wine, and danced to a live band.  Never one to turn down a dare, I approached the director of the institute as the party was winding down and attempted to persuade him to dance.  Though he shot me down, he did so gently.  At future parties I should probably stick to the motto a wing and a prayer, but wine and a dare is definitely more fun.

The following night, we attended a holiday dinner party/gift exchange hosted by Trav’s new boss at MPI.  Arriving at her elegant flat in downtown Göttingen, I was dismayed anew that neither of us had brought appropriately fancy clothing to wear to her dinner party.  I actually boxed up every nice dress I own back in July when we moved downstairs to our smaller flat in Switzerland, and they’ve been in storage every since.  Nothing like good ol’ blue jeans at a sparkly chandelier kind of party.

Instead of shopping for new clothes before her party, we spent the day trying to figure out what we could take to contribute to dinner when we had but a sparsely stocked kitchen at our guesthouse. We didn’t even have a functional can opener.  We’d already discovered that after excitedly coming home a few days earlier with a can of green beans, only to have to hack it open with a butcher knife.  Good thing we had a butcher knife.

Finally settling on something incredibly simple – a strawberry cobbler – we spent the morning shopping for the gift exchange and for ingredients and a glass pan to bake our dessert.  It wasn’t until we returned to the guesthouse that we realized we didn’t have a single mixing bowl, spatula, teaspoons, or measuring cups.  Gah!  All the things you take for granted when you have your own place…

In the end, the dessert we brought, the clothes we were…none of it really mattered.  Trav’s boss and her husband made us feel welcome, they served a meal for about 20 guests that was fit for royalty, and we thoroughly enjoyed ourselves.  It certainly goes down as one of the swankiest Christmas parties we’ve attended.

We weren’t even sure why we had two plates until a friend whispered that we should just use the top plate – the bottom plate would be for the “main course” later.  With that in mind, I tried to take tiny portions of the heaping dishes on the table, but a couple of hours later when the main course was finally served, it was all I could do to make room for delectable smoked salmon, pork tenderloin, roast potatoes, more wine, three kinds of desserts, and the most deliciously rich and creamy latte macchiatos.

Practically comatose after dinner, we played a fun word game before passing around presents for the gift exchange.  We still don’t know who drew our names for the Secret Santa, but they chose well – the giant box of thin mints we received was quite a hit, making several rounds of all the guests.

With yet another MPI Christmas party already planned for the 17th, it’s unlikely that it’ll be able to top the dinner party hosted by Trav’s new boss.  She gave a toast thanking everyone for their hard work over the past year, said she thinks of her lab team as family, and simply could not have made us feel more welcome.  Both she and her husband clearly went to a great deal of effort, time, and expense to host all of us for the evening, and the warm memory will hopefully help sustain our festive spirit through the holiday season.